In the world of clever marketing there are few tactics I like more than the pop up store. Sure, they can sometimes seem a bit pointless and might be shuttered by the time word spreads about them, but they're still fun to stumble upon and are a great use of wasted space.

Such is the case with the latest pop up store to grace this city at the corner of Dupont and Davenport. Ossington's Ministry of the Interior (MOTI) has taken over the seasonal storage space of the Davenport Garden Centre and outfitted it with the latest creations from Stockholm designer Jens Fager. 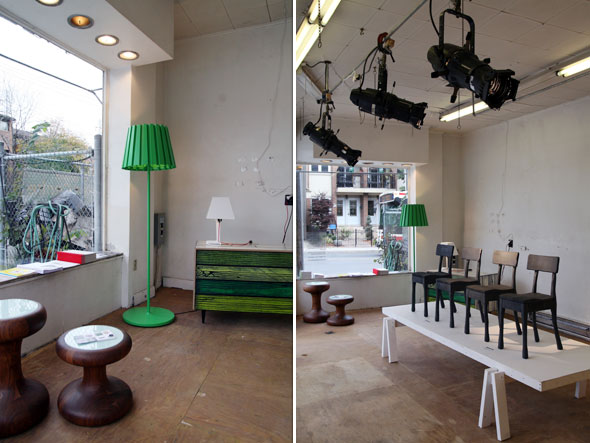 This isn't the first pop up store from the team at MOTI. Earlier this year they took over an abandoned car dealership on Yonge St. and later this Fall/Winter another pop up store is rumored to be surfacing somewhere.

The current space is perfect for Jens' collection of raw designs including his much celebrated raw chairs. They're on the small side so they're probably not for everybody but for those with the cash to spend they'd at least make a colourful conversation piece. 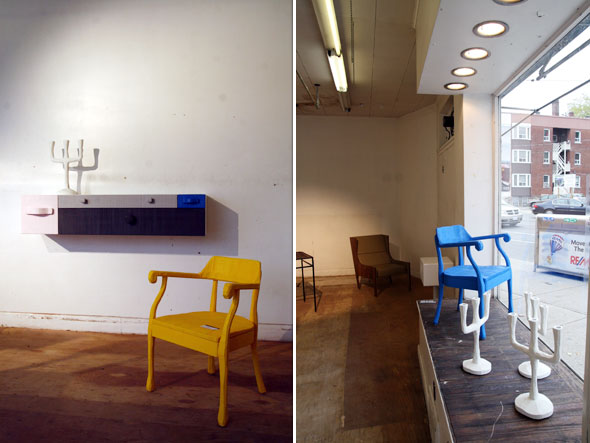 The pop up store opened earlier this week and was originally scheduled to close at 6pm tomorrow (Sunday). But the saleswoman I spoke to when I stopped by mentioned that it might be extended for a few days. Either way, Fager's collection will be moved to MOTI's Ossington location once the run is complete.