Rockstar Hotel was the name of the pre-MuchMusic Video Awards (MMVA) show on Saturday night, where hipsterati filtered in and out of the rooms and halls of The Gladstone Hotel to catch a glimpse of their favourite celebrity and get a chance to score some free swag.

Outside there was a red carpet entrance to make the celebs feel welcome. Inside there were rooms sponsored by Puma, Fido, Zune and Fuze, offering freebies to the VVIPs. Pity a mere VIP green bracelet wasn't enough to snag a pair of new kicks from Puma's runway shoe line. 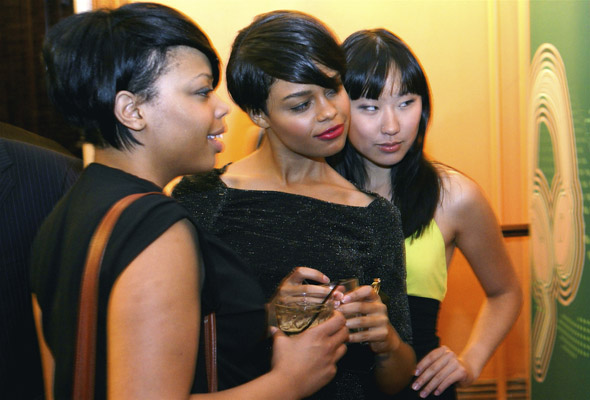 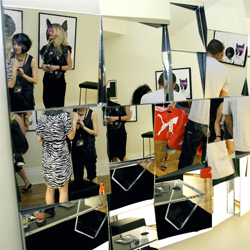 Fido's "New Wave Manhattan" themed lounge was perhaps the most spectacular looking, with a wall of mirrors and chatty models pushing their Samsung cellphones and fancy martinis.

But it was all smoke and mirrors, as you had to be a VVIP again to even get a chance to win a phone or a cocktail.

Other rooms were less impressive, including the Pioneer sound system headache I walked into: A DJ spinning lots of pounding beats with little substance or interaction.

The Herbal Essences "Pose Like a Rockstar" booth was a fun idea, but wasn't that well executed. At least they gave away free candy.

The Zune room was the most fun. While I had no interest to play with their portable music players (I'm an avid iPod guy) I quite enjoyed watching others get tattooed, albeit with temporary ink. After a little coercing, I gave in and got my very own skull tattoo.

The New Era cap reps were the coolest bunch, offering up samples of their "true fitted" designs. Check out their Toronto flagship store at 202 Queen St. W. next time you need a new lid. 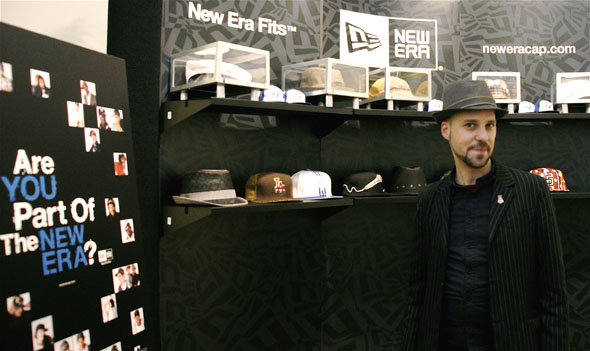 Back on the ground floor, amateurs pretended to be rockstars, singing and playing along to their fave tunes via an XBOX 360 Guitar Hero Aerosmith.

After about an hour and a half schmoozing that rockstar thing, it was time to leave behind the K-OS and Kalan Porter sightings and let some others feel like VVIPs for a night. On my way down from the second floor shenanigans, there was already a lineup 10 deep at the foot of the stairs.

More celeb photos and more in the mini photo slideshow below: