Textur Studio is putting graffiti on the walls of a new Dundas St. East condo. There are also colourful abstract paintings, black and white photographs of musicians, and quirky reclaimed pieces - including a door made into a table - that makes it feel more like a haphazardly curated art gallery than a hair salon.

That adds to the fun, relaxed environment at the Dundas and Carlaw salon - no sterile white walls or snooty hairdressers asking when you had your last trim here. 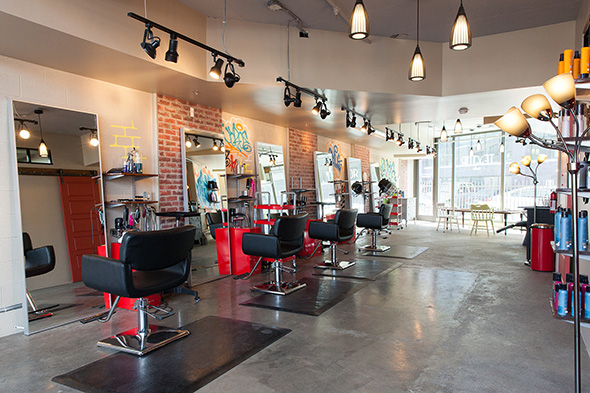 Allison Jahr and Trish James joined forces to open the salon in February, and have found a steady stream of customers coming to their exposed-brick and reclaimed-furniture-filled new digs. While the looming grey condo they're housed in looks decent enough, it doesn't do justice to Textur's funky interior. 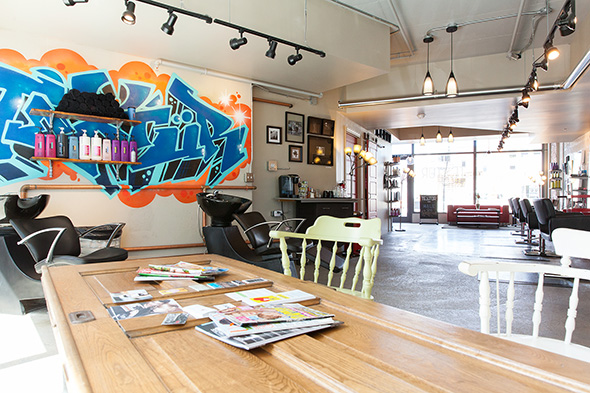 When I pop in for a visit, I'm pleasantly surprised by the interesting mix of artwork and graffiti that adorn the walls. I am greeted by Jahr and James, who are just lovely, and their adorable Boston Terrier, Burger, who has a serious penchant for hand licking. 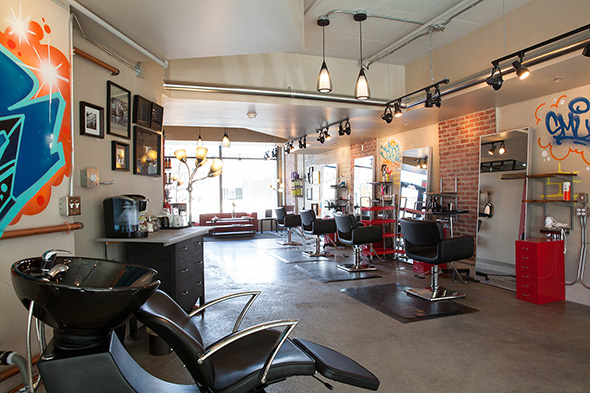 As I take a tour of the spacious salon, they explain how they incorporated the city's street art scene into the environment.

"We had two artists contribute to the graffiti, who are known as Jaro and Smug in the graffiti art community," Jahr says. "Each artist has been involved in the Toronto graffiti scene for almost 10 years." 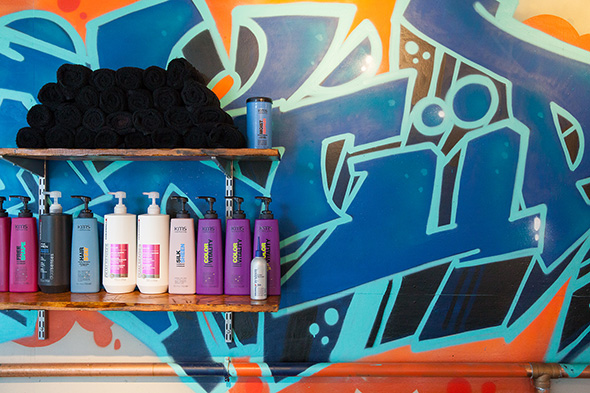 Jahr describes the salon as laid-back - she and James make an effort to get to know clients on a personal level. "Our main clientele is a fairly wide range of people. Leslieville is a vibrant and diverse community, so we are an inclusive salon, catering to a colourful group of individuals. The area is attracting many young professionals as new condos are built." 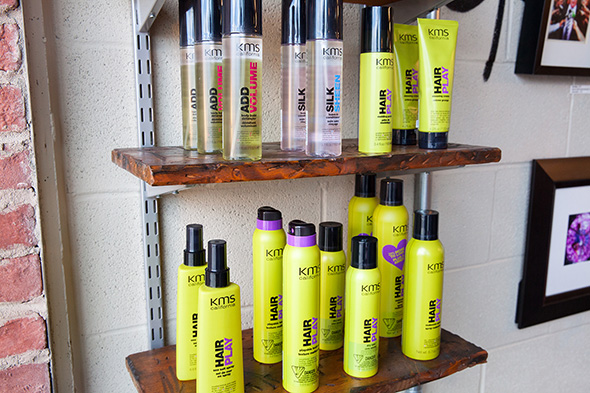 As if the condo boom wasn't enough to feed their client list, Jahr and James are also attracting customers with their skillful handling of a wide range of styles. Looking through their portfolio, it's clear that they aren't one-trick ponies; they are just as gifted with long softly curled ombrĂŠ locks as they are with a faded pixie crop. Their undercuts for women are especially well executed, with one being skillfully buzzed under a sleek bob. 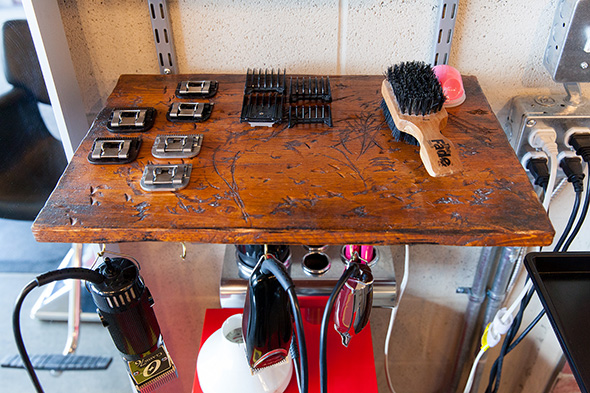 Since the team currently consists of James and Jahr, there's no pricing level for hairstylists, alleviating the stress of saving money with a junior or shelling out the extra $30 for a supposed master. These girls are clearly adept with their scissors too, so the $60 for women's haircuts is very reasonable. 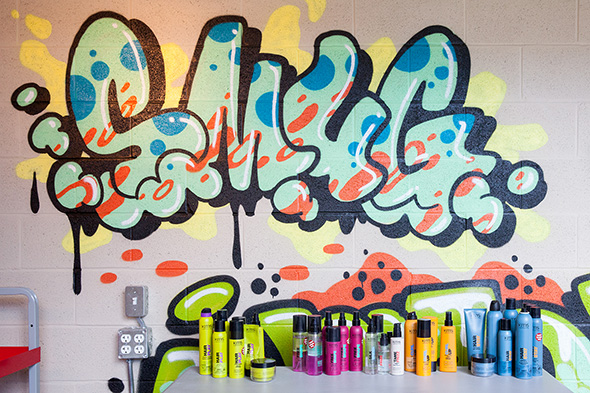 Other services include partial highlights for $110 and full for $130, while a men's haircut will run you $40. Growing hair on your face too? You can add in a beard trim for only $10. 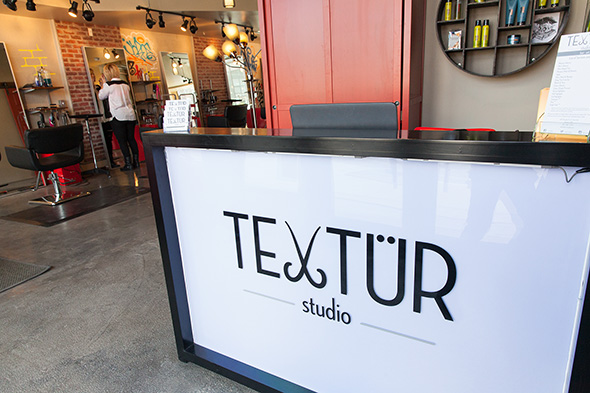 Whatever your needs, this is definitely a place to build a solid, long-lasting relationship with your stylist. With a location in a still-growing neighborhood - they are the first occupants in their space - they will have plenty of opportunity to build a client list, and are already looking to expand the team.

But first, they still have a grand opening party to throw. Here's hoping for an invite. 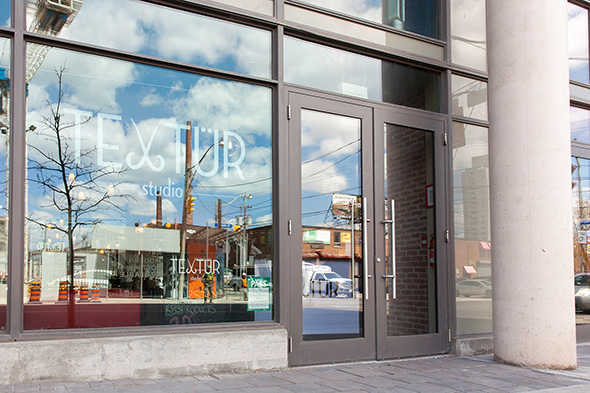