Saul's Beauty Shop on Dundas West specializes in spa treatments for non-spa people. If you've ever wanted to treat your skin to a facial, but been intimidated by the whole bathrobe-and-cucumbers thing - or the three-figure cost just to get through the door - you'll be immediately put at ease by estheticians Eliss Halina and Nikki Anderson and their cozy little white-walled spot.

Outfitted with vintage furniture, lined with quirky artwork, and stocked with soaps and lotions from independent producers, and soundtracked with Outkast and Beyonce, Saul's looks just like any other independent boutique in town - save for the dedicated rooms for facials, spray tanning and waxing in the back. 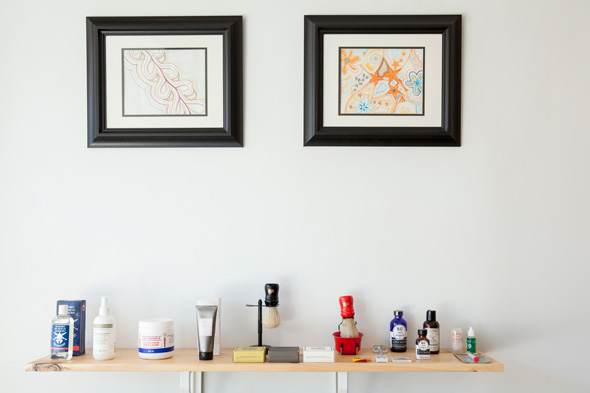 Halina, an esthetician with eight years of experience, teamed up with Anderson, a former co-worker, to open the shop in April. At her previous workplaces, visitors would be gun-shy about being upsold products they couldn't afford and technicians would often be pressured to rush to pack in more appointments. Her dream, she says, was to create a space where clients weren't intimidated, while estheticians could take their time making them feel comfortable. 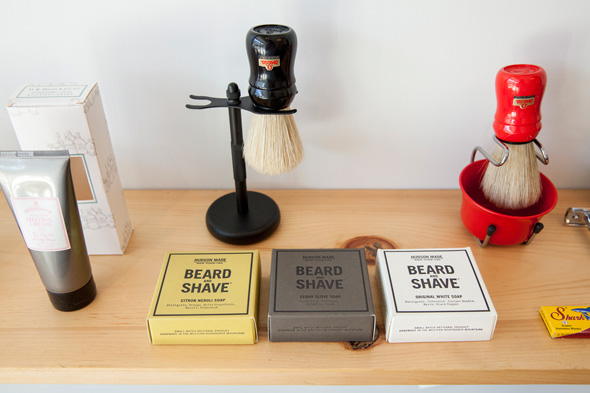 "You'll see really, really short waxing appointments, to the point where it might work technically, but - this sounds really cheesy, but - emotionally, it's hard for both parties," she says. "You're meeting someone, asking them to be naked, and then you don't have any time to be like "By the way .. I'm aware you're actually a person, not just a leg to wax.'" 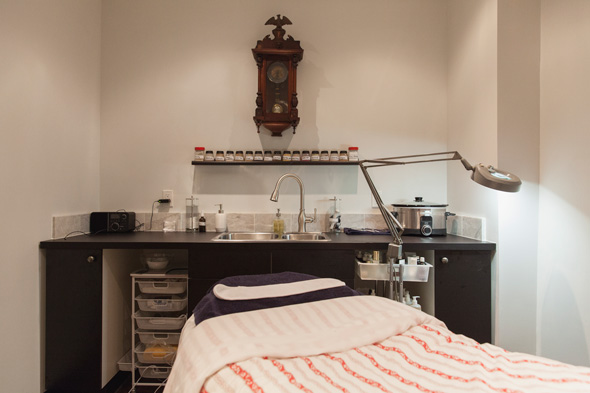 Their treatments cover facials, waxing and spray tans, are gender-neutral, and all feature petrochemical and SLS-free products (which are also available for purchase in the shop). "The main thing was being somewhere that's about skincare," Halina says. "A lot of places are beauty bars, that are more mani/pedi and waxing, but for me, I don't feel like there's a place that's like 'This is where you get a facial'." 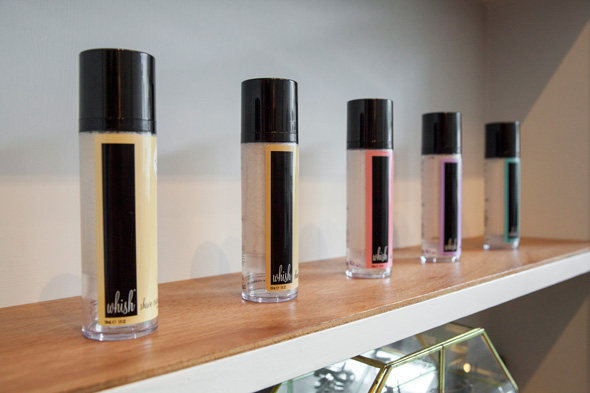 Theirs are priced in blocks of time (30 min/$65 up to 90 min/$130), not by products used - Halina says she's heard too many complaints about spa clients being sold on a facial with a different set of products, only to realize at the end that it was an extra $40. Instead, they'll figure out what skin issues or conditions you may have and customize accordingly - they might even whip up a custom mask for you using powdered botanical ingredients. 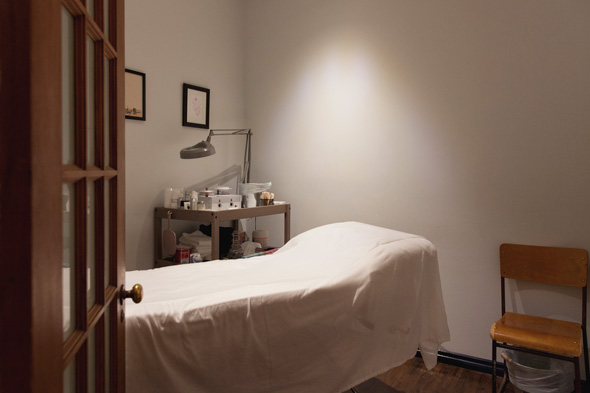 A selling point for the shop's more hirsute clients: Facials come with complimentary beard care. "That just stems from years of doing facials on guys, and you can't access the skin under their beard, so you use half as much product." The shop carries a roster of beard products from Beardbrand , Bluebeards Original and Brooklyn Grooming that are also available for purchase. "It makes guys feel more comfortable. It makes them feel like, you're meant to come here." 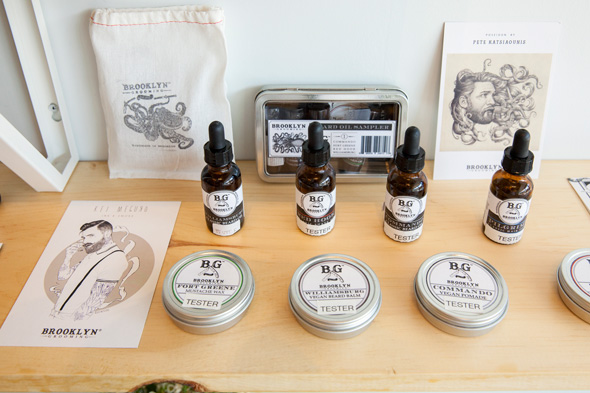 Another specialty is spray tans ($50 for the first appointment and $35 for a follow-up), which Halina and Anderson can do with as light or as heavy a hand as you'd like. "For lot of our clients, it just looks like a little bit of warmth." They've also had a lot of practice at selective shading and contouring: "People are like 'Yeah, make my butt look bigger!'" 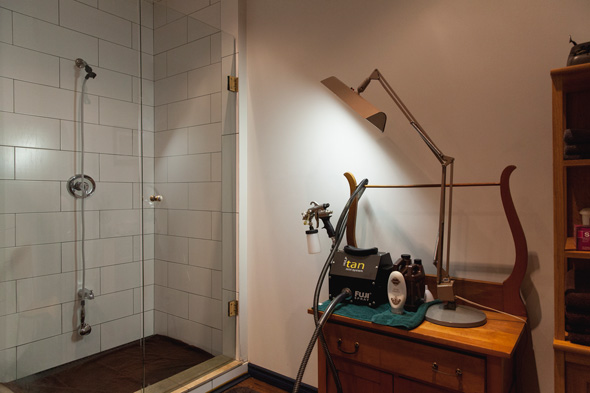 Waxing ($15 for a brow wax to $175 for full-body) rounds out their service offerings. The estheticians make sure to chat with clients to keep them engaged and keep people posted on how much time they have left in their treatment. (They also don't do that 'one-two-three-rip' thing.) For $3, they'll even text you and remind you to take a Tylenol earlier that day. 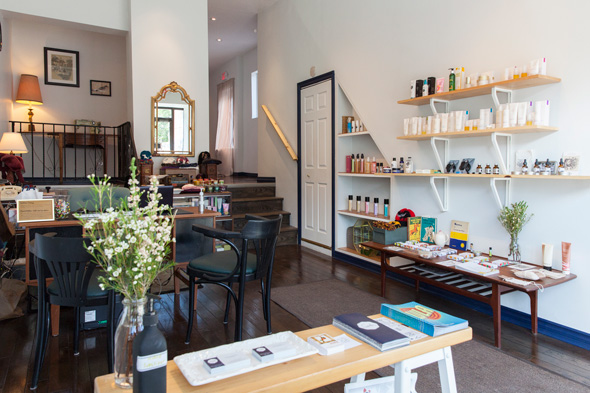 "We do have clients who come in who have been getting Brazilians for years, and on the way out they're like, 'I thought it was supposed to hurt that much at the other place.'" Really - that just about says it all. 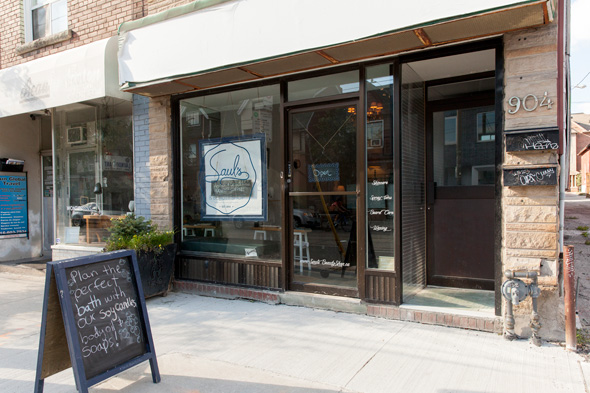