Based on the pedicure I received at Ritual, I can only assume they have some sort of side deal with NASA. Because the, well, I can only describe it as bulletproof toe armour, they used on my nails stayed perfect and glossy for a month. And when you factor in how viciously unforgiving I am to my feet... exposed to the elements, earning their keep walking me across the city (plus, of course, overall neglect), that is "wow" impressive.

The topcoat was so shiny that they were practically rows of little red mirrors, reflecting the light. A friend who would usually not notice the state of my toes (it's generally best not to look) couldn't stop noting that "they're just so... shiny!"

The pedicure area, like the facial treatment room next door, is utilitarian in design (i.e. frill-free). It's a curtained off space with tall bright pink chairs and magazines, and water's brought in the old fashioned way, in a tub. I sat beside another one of the hair stylists from next door, who clearly trusted them to do a perfect job applying brilliant bright pink (I guess Ritual's color scheme wheedles into your brain) to her very tan toes.

Heather, who did my pedicure, diligently sanded off about half my foot (See above, re: neglect), while cheerily chatting about marriage, splitting the chores, and tropical stand-offs with monkeys (my conversations tend to get around). Heather also gets full kudos for the choice of colour -- I picked one, but was (I guess visibly) unsure.

When she rejoined me by the chair, she had an alternative colour with her. Just slightly brighter than what I had picked, and my new favourite. Which, given that I've ended up wearing it for a month (aka about 3 weeks longer than expected), is saying something.

The treatment room does not have atmosphere. There's a drop ceiling that reminds me of elementary school. It's a compact space, which is tall person code for "my feet were touching the wall". Some of this is just the limitations of downtown space -- the aesthetician did make the right inquiries about comfort, but when there's just not enough space... whatcha gonna do.

The treatment room isn't soundproofed from the salon, so if you come to the spa to get away from it all this isn't for you. You can still make out the strains of Yaz singing Only You, the vacuum cleaner and chatter -- though it is underneath the sounds from the in-room CD player, piping out the standard soothing spa marimba.

Ultimately though, the room doesn't matter, because my aesthetician, Chaka, knows her stuff. My facial started by asking whether I prefered to talk or not, which I wish was standard practice. I tend to get super dopey during a facial, and answering questions with a face mask is like chatting from the dentist's chair. As requested, she gave me a breakdown of everything that was happening, in a very clinical way. She was bang on in every evaluation of my skin. Including a spooky bit of 'zit divining' where she spotted an area above my eyebrow where they tend to appear. Even though it was totally clear to the naked eye (or so I thought) when I went in.

I've started a list for the suggestions I get for why people break out along the jawline, and she had a new one for me. Up till then the going theory was hormones, but she pointed out that it can also be attributed to: where you rest your hands; which side you sleep on; and whether or not you clench your jaw.

Like I said, I'm not the biggest fan of Dermalogica. Though I did leave with a brand spanking new diagram of my face, and a list of products I could use to "fix" it (a whopping 13, new record), with little codes to indicate areas of *gasp* pigmentation (p) -- as a freckled person, seeing "pigmentation" in the same list as "breakouts" (b) or "redness" (s) is just hilarious. Also, I have fine lines (fl) around my mouth. Apparently I smile. (Dermalogica didn't have an answer for that though. Actually, nix that, I'm sure they do, but I'll skip it.)

I decided to ask about one product that I'd really noticed during my facial -- the serum. Which, it turns out, is professional-use only and not available for retail sale. Curse my keen sense for unattainable things. When she asked if I'd like to sample anything, I requested the Concealing Spot Treatment. Which, it turns out, is not available in sample size (since it won't mix properly). Smiling, she pointed out that "you want all the good stuff." Yes, yes I do.

As John Paul styles my hair into "Sexy Bedhead", his watch catching the light better than my engagement ring, I wonder if this is the new normal. There's been an explosion of Blow & Go bars in Toronto. (Which, can we all say it, sounds just so dirty.)

The choice of "Sexy Bedhead" was a joint effort. I figured if I was going to be ridiculous and have someone do my hair for me, I might as well go with "Pretty Premiere". But I asked John Paul what he would suggest. Barely having to look twice, he suggested that I was more of a "comfortable, walking down the street" sort of person. So apparently it's not just Ritual's aestheticians who've been to creepy divination school. (I'm pretty sure John Paul hadn't seen me jog to the salon in flip-flops).

From the Blow & Go Menu, I quote: "Sexy Bedhead: Come-hither hair. Tousled, voluminous locks that will look like you just came from a romp in the sheets, or are ready for one. Purrrfect!"

(Not to be unspontaneous, but if I've just paid someone to carefully wash, productize, use 5 brushes and spend 45 minutes on my hair, ain't nobody romping in the sheets until it starts to go flat. (Sorry baby.))

John Paul did an excellent job. On day 3 (my hair never makes it past day 2), my hair was still getting compliments. My friend remarked "it's doing that cool wavy hair thing that real wavy hair never does by itself". Word.

At $30 it's a reasonable indulgence if you have a significant night (or nights if you time it right) out. Having someone style the back of your hair = just as awesome as you'd think.

"We are famous for our Brazilian wax. Done in under 10 minutes. Fast, thorough and effective."

Ritual is an exclusively Dermalogica salon. 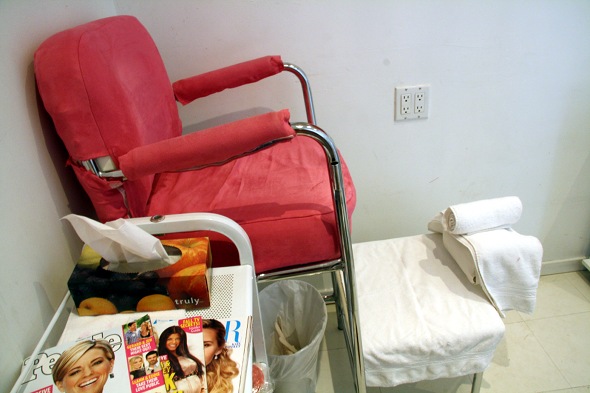 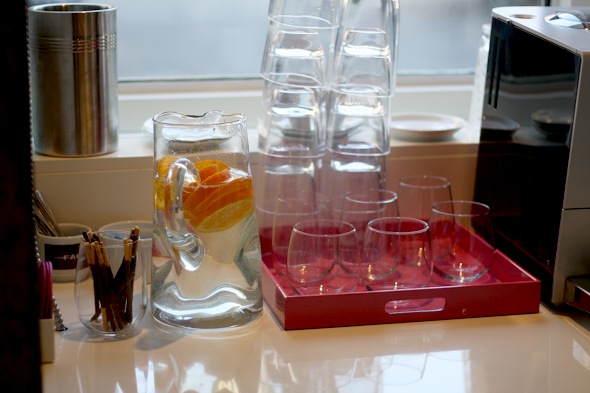 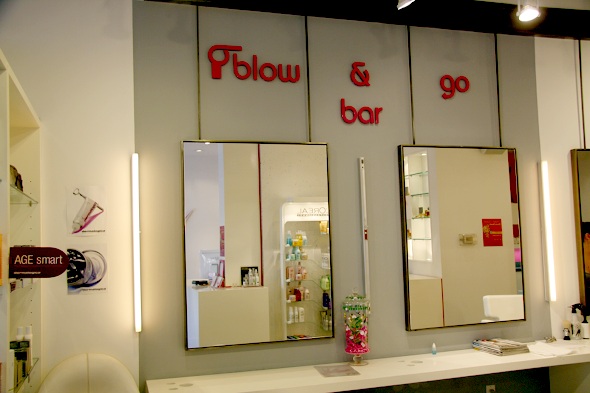 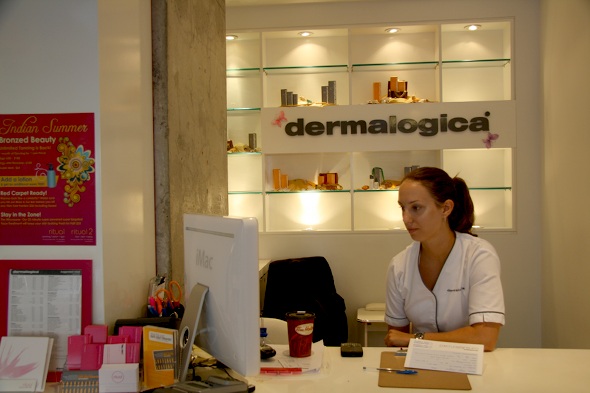 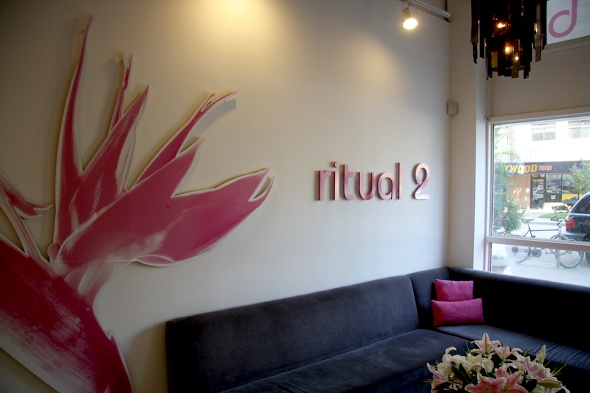 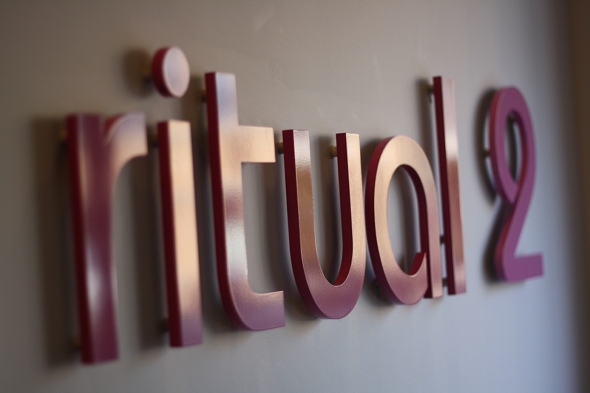