The Proudest Pony is just a few months old, but it is already making its mark (or should I say, 'hoof print'?) on this quiet stretch of College.

Just east of Lansdowne Ave., this salon has brought a little style to a heavily residential area lacking in colour and flair. Not that this Proudest Pony is trotting ostentatiously. In fact, if you pass by too quickly, you'll probably miss it, as I did. 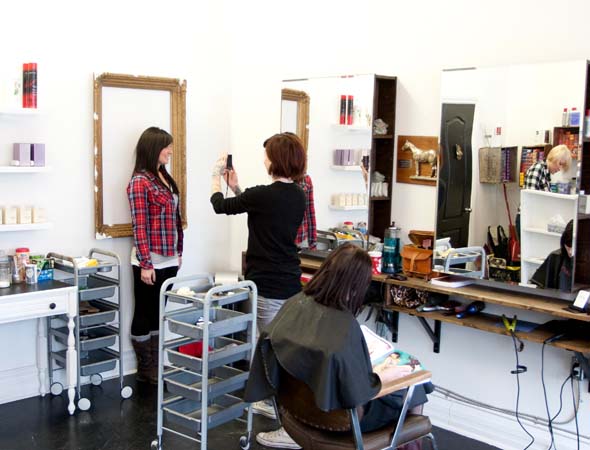 Just big enough for three stations and with little room to spare, owner Ashley Brewer calls it a "boutique salon," while still a "comfortable place to hang out." 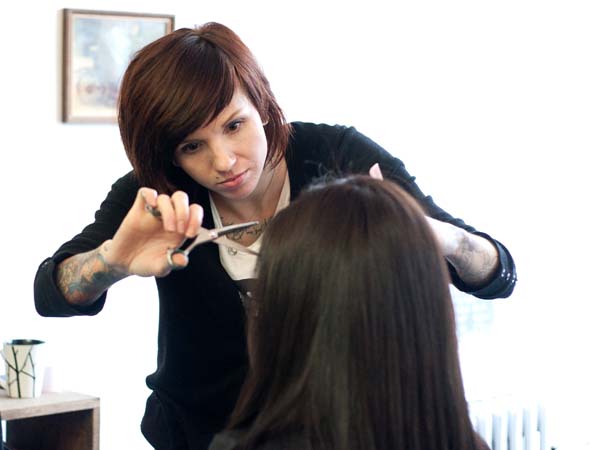 "Normally there's art everywhere," she tells me. "Our next artist is sending work next week--a lot of urban-graffiti type stuff." In fact, the space used to be an actual art gallery ; that is, until Brewer noticed on Craigslist that the space was available for lease. A spur-of-the-moment decision, she hopped on her bike and went to meet with the landlord. Ten days later, her first client was in her chair. 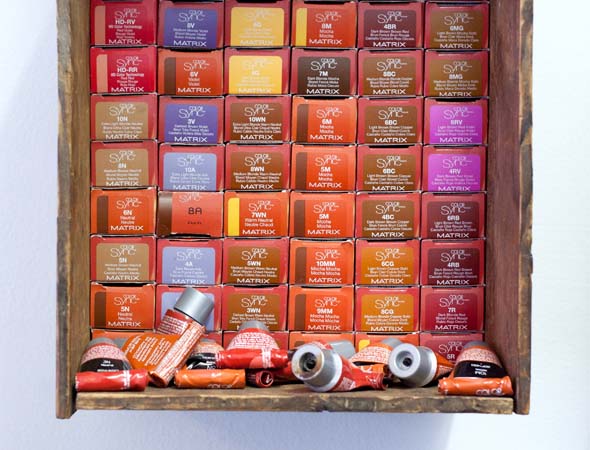 Cutting hair isn't new for Brewer, who has been working in Toronto for about eight years. She previously owned Blood, Sweat, and Shears on Queen W. and has had some of her clients follow her to her new space, which she has made entirely her own. "Everything in here was either built by me, bought on Craigslist, or bought from an antique market," Brewer says. "I tried to minimize the amount of new materials." 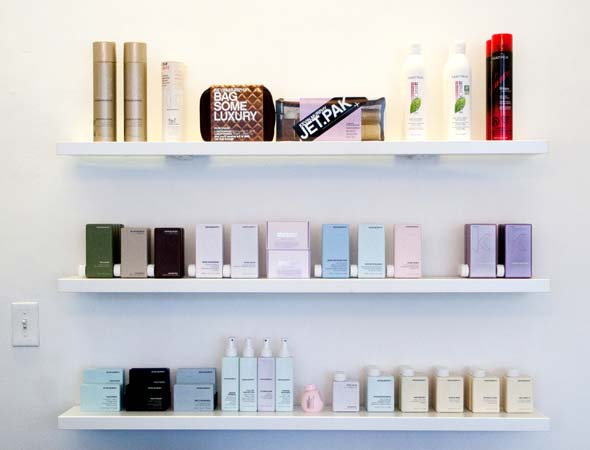 The massive black chandelier that welcomes you upon entering is one of Brewer's online steals. "Craigslist," she says proudly. "It was off-white when I bought it, $60." Another Craigslist buy now in the salon is an antique hair dryer chair (that still had cigarette butts in the ashtray when she bought it, Brewer says) and an olive-brown salon chair that sits at one station. 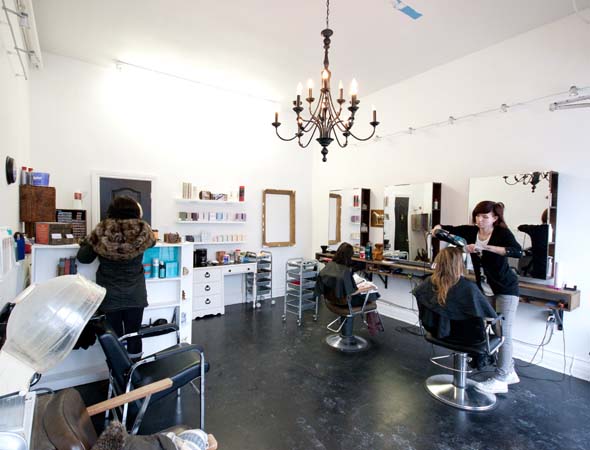 As for style in the chair, Brewer says since her client base is so diverse she gets to do lots of different cuts. "Though right now I'm digging the really soft, pretty styles," she says. "Natural and flowy." Women's cuts generally go for $65, men's are $45 and colour starts at $55. 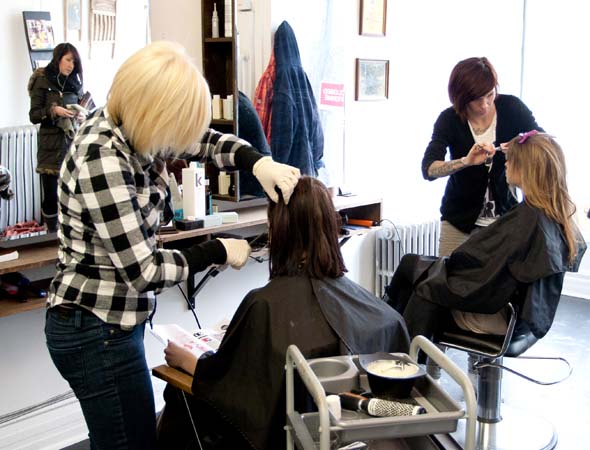 And who, or what, exactly is the 'proudest pony?' Well, besides a flat wooden rocking horse mounted on the wall, there's not a lot 'stallion' about this place. 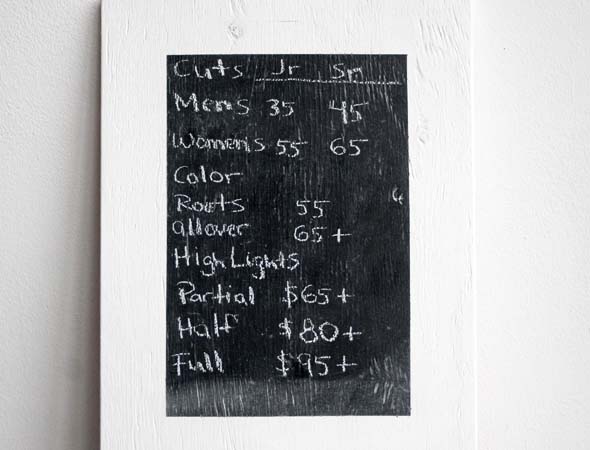 Brewer laughs. "I actually got the name from a friend. We were watching her dog trot around in the backyard one day and she said to him, 'Well aren't you the proudest pony?!' I loved it. I think other people do too. Some first-time clients told me they came in just for the name!" 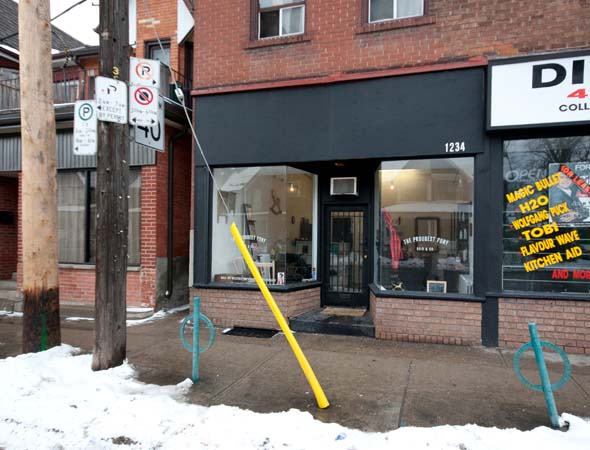