PRiMAALA is only six weeks old, but the Dundas West boutique is already poised to change the way Toronto thinks about plus size fashion, one impeccably-tailored pinstripe dress at a time.

When it comes to plus size shopping, the youthful 20s-and-under demographic and the conservative 60-plus demographic are generally well-served. But Toronto has little for shoppers in between - those looking for current, sophisticated, well-made clothes. PRiMAALA was created to fill this void, offering contemporary, high-quality investment pieces that work on fashion-forward shoppers of all ages, while creating a positive, accepting retail environment. 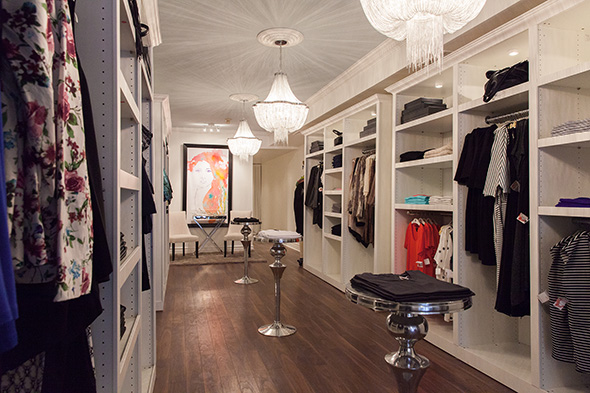 Stepping into PRiMAALA feels like entering a plush walk-in closet. It's spacious yet intimate, with structured dresses, statement jackets, and luxe blouses with clever details displayed like fine art on floor-to-ceiling shelves.

Proprietor Rachel Holt's expertly-edited collection - priced on average from $100-$300 and heavy on North American lines Mynt 1972, Eileen Fisher, Comfy U.S.A., Lundstrรถm, and Denmark's Carmakoma - is mature without being matronly, and easily achieves the delicate balance of being modern without being too trendy. 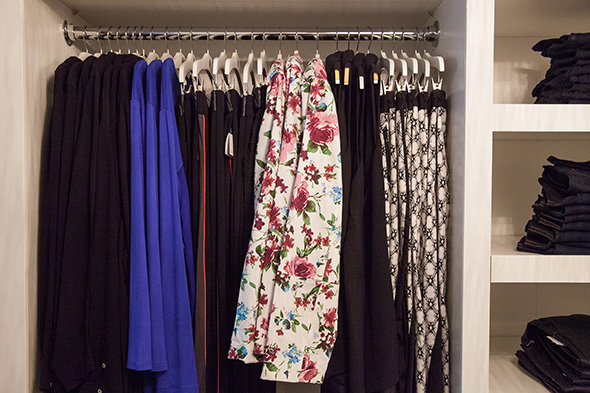 "I don't want to have what one would consider typical plus size clothing," says Holt, a Parsons and Ryerson-educated fashion grad. "People come in and they say 'Oh, I really like this and I really like that - I can't believe this is plus-sized!' That's what fashion should be. You shouldn't be able to eyeball something and say 'That's plus-sized' not because of the dimensions, but because of the style." 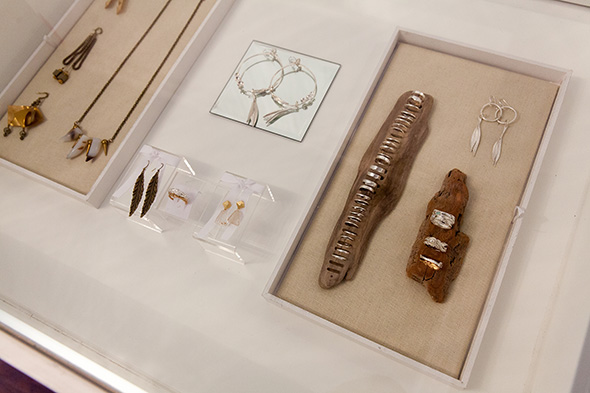 The overarching aesthetic is clearly influenced by Holt's love for Calvin Klein - intellectual and streamlined, with clean lines and impeccable fits, as seen in a white, body-skimming pinstriped dress with interesting cutouts and sharp shoulders, and a short black biker blazer with a white houndstooth lapel.

This sort of powerful dressing - with a distinctly Olivia Pope vibe - may be old news in standard-sized fashion, but before PRiMAALA, clothing like this was nearly impossible to find in sizes above 14. It's a breath of fresh air for a specialty market lacking in choices that reflect of-the-moment fashion.

"It's not something you'd see in a traditional store that accommodates a range of sizes," Holt says of her selection, "but you've definitely seen [similar pieces] somewhere in Toronto." 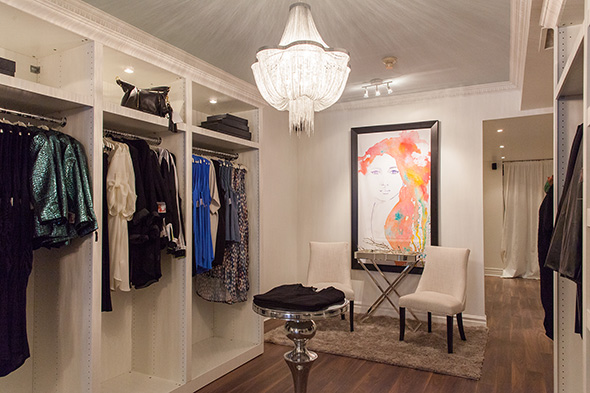 Holt clearly recognizes the need to provide a retail experience that celebrates diverse bodies while still including them in mainstream fashion. Holt eschewed the idea of decorating her own store with model photos, a decision made after working in other plus size retail and seeing customers get frustrated by idealized, unrelatable images. In response, Holt created a floor-length portrait of a woman with warm eyes and cascades of flaming pink hair to represent the store and its demographic.

"[She is] fairly ambiguous as far as race, size and age goes," Holt says. "I really wanted to have everybody see her, and see themselves in her." 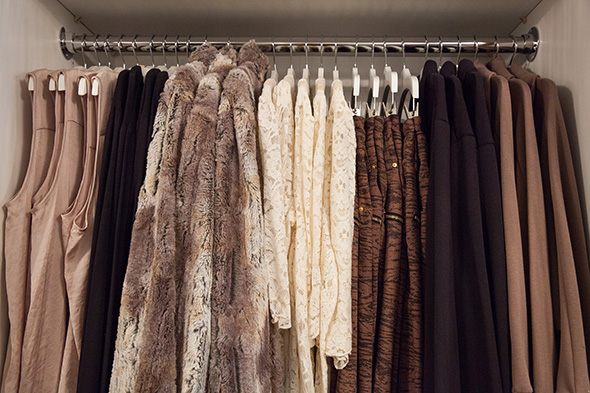 Holt searched for more than a year for the perfect location, eventually discovering the former giftware shop - an extension of the neighbouring jewelry store - by fluke after moving to the area in 2013. Holt incorporated the unit's opulent features, including high ceilings and dramatic crown moulding, into her design, complementing them with gallery white walls and decadent chandeliers.

"There are beautiful boutiques out there and none of them are accommodating [to larger sizes]," she says of the intention behind her design. "I really wanted to provide a beautiful space that people want to spend time in, and enjoy themselves and hang out." 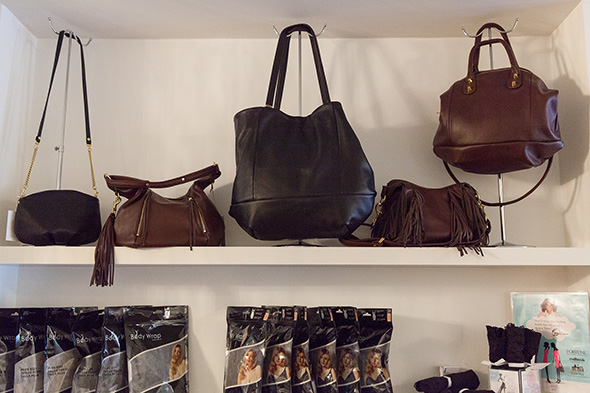 Thanks to Holt's progressive vision, PRiMAALA has everything in place to become a formidable force in the city's fashion scene. The shop's clothes have already appeared in magazines and on Breakfast Television and Cityline, and shoppers seem equally eager. 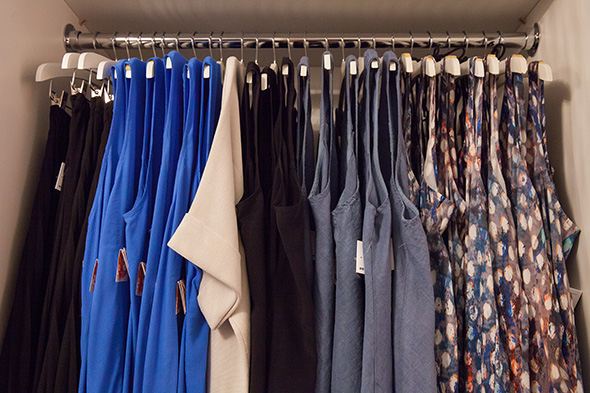 Holt's next step is to design an in-house line for PRiMAALA, but it's still too early to determine when that will happen. For now, Holt is just grateful for the warm welcome.

"It makes me so happy to see people loving everything," she says. "It's like, 'Okay I'm doing this right.'" 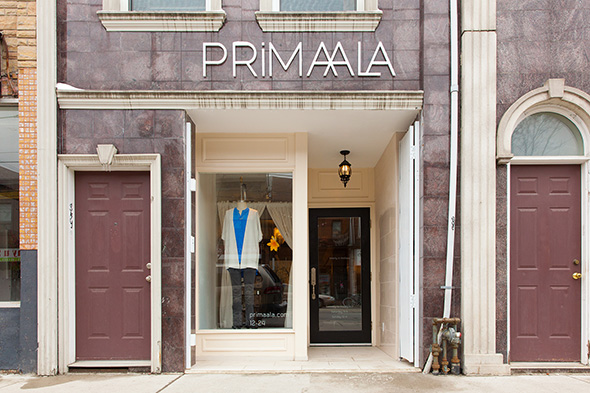