Update: My Roll Life is now located inside Arts Market at 846 College St.

It's a tight space but cozy space. It even has a couch with a widescreen TV showing off photos from roller derby games. 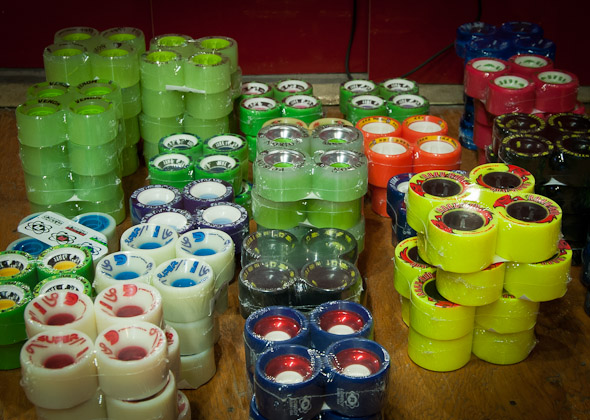 I stopped by the week of its opening, when owner and rollergirl herself Goldie Lock'N'Load was still in the midst of a busy first week, working away on her computer, boxes waiting to be unpacked, but she took the time to call out hello from the back and introduce herself.

She's been playing roller derby since 2007, for some time with the Toronto Roller Derby League before starting her own team, the Rollergettes. 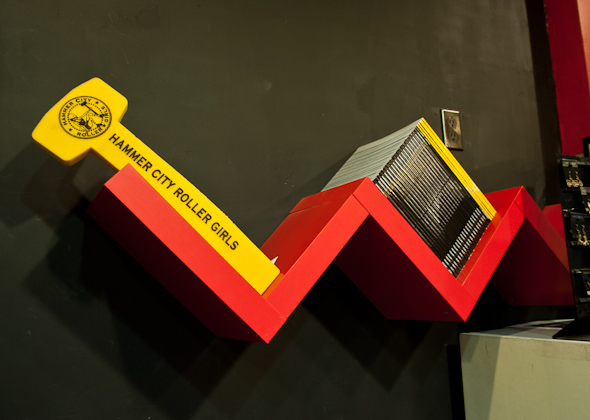 She worked out of her apartment for a few years helping her team and others round up gear for playing, plus renting out to teams who were training fresh meat (yes, that's the actual team for newbies), and video and photo shoots, until she realized she needed to separate her personal life from work. "This was a time to make a passion a job," she said. 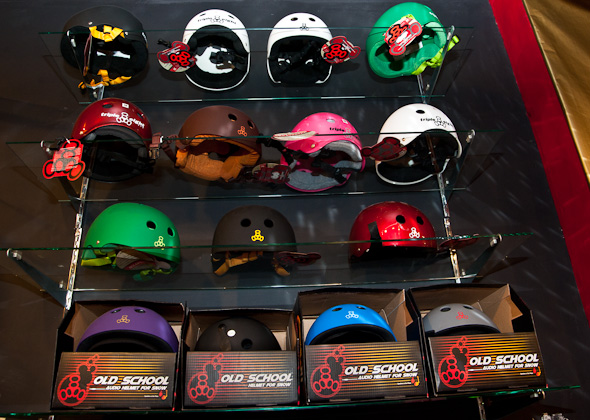 Goldie prides herself on being a local girl, featuring products from hand-made, local and enviro-friendly retailers. She's got hemp and vegan sneakers, jewellery from independent crafters and local artwork.

Right now, roller skate rental prices run $14.20 for an hour or $42 for a full day. It's not exactly skating weather, but Goldie also offers indoor sessions, $10 each, with the West End Waywards Rollerskating Association at the Parkdale Community Centre down the street on Sundays. 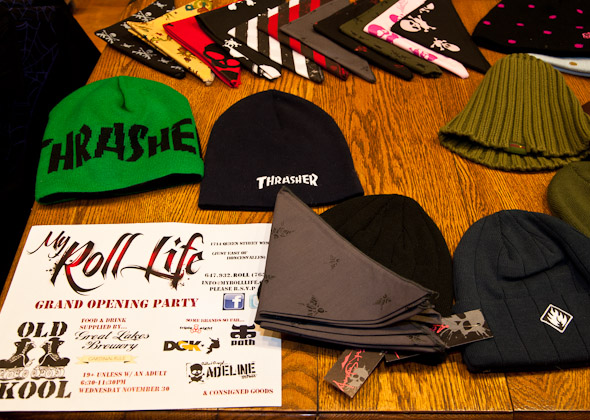 The location was an obvious choice: close to home and the waterfront trail, a perfect starting point for a skate down the island ferry for a daytrip and back. 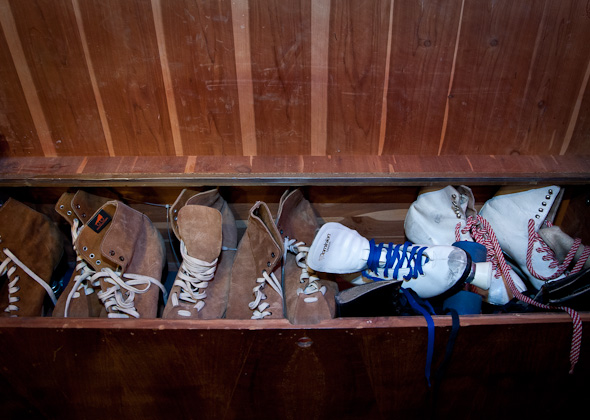 She may as well be named the ambassador for roller skating culture in Toronto because she speaks so enthusiastically about the sport. "If anyone's looking a New Year's resolution," she says, "strap on some skates and roll on." I just might. 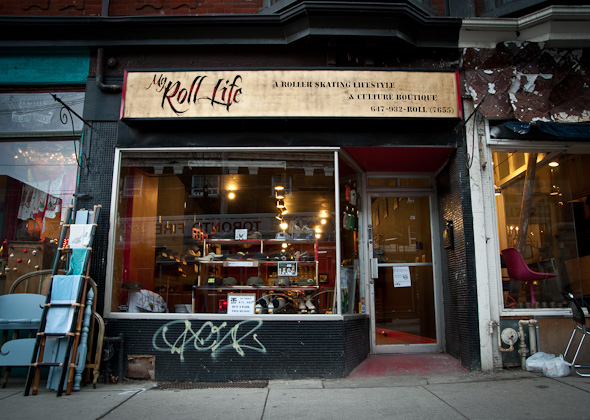