Labl Style Lab has brought the modiste to modern day with a storefront design space bringing custom creations to life. Opened by Elizabeth Oliveira one year ago, Labl Style Lab offers something you won't find too much of nowadays (besides in local drycleaners or your neighbour's basement): custom tailoring. 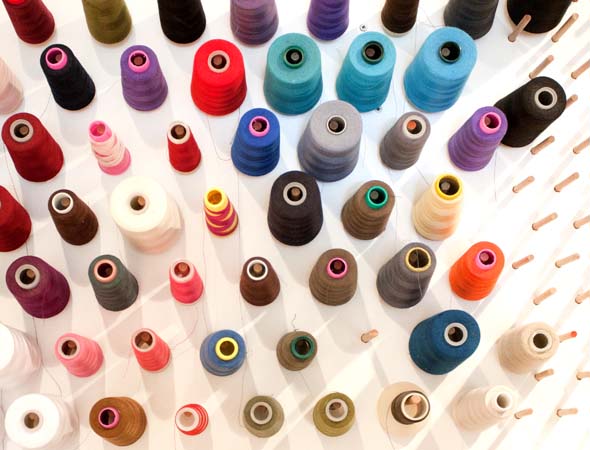 You would think we could toss that phrase out along with the term "box social" and "horse feathers," but, as Oliveira explains to me as we take a seat by the front entrance, custom tailoring can be a valuable service, even in the modern day.

"I guarantee," she says, "if someone comes to me just once, they will never be completely happy with off-the-rack again. The fit just doesn't compare."

"Everyone should get to know a good neighbourhood tailor," she says. "Even just for in a pinch, when it's 9:30 and you're about to go to a party, and need to get your hem fixed." 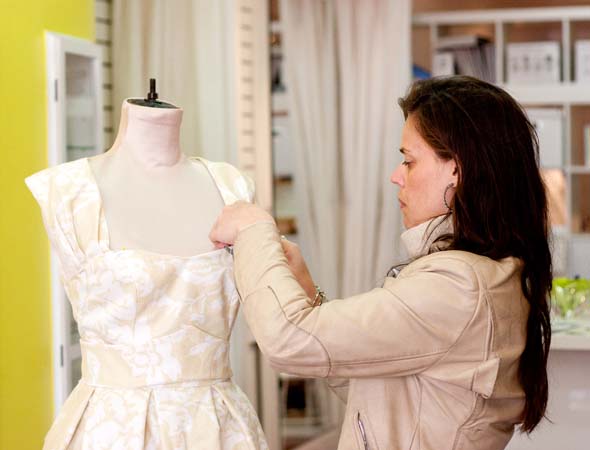 Style Lab does those too. Hems, that is. It also offers other alterations including zipper repairs ($25 and up), sleeve removal ($25 and up) and lining replacement ($85 and up).

But the custom creations--which include suits, gowns, wedding dresses, daywear, and vintage recreations (even from just a photograph)--are what have propelled Oliveira's business to success. And people are taking notice. In fact, Oliveira was called in last minute for this past Juno Awards to do alternations on Shania Twain's gown. 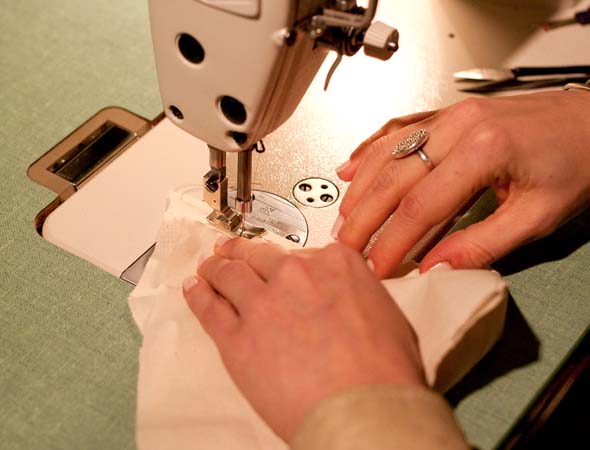 "It was suggested I study something more 'stable,'" Oliveira tells me when I ask her if she studied design after high school. "So I went to U of T, and took French linguistics and Portuguese literature." But after that, on a trip to Portugal, she decided to follow her passion and enroll in design at a fashion academy.

"My mother was a seamstress," she says. "So I grew up with it. I always knew I had an appreciation for the work, but it wasn't until later that I got into sewing." 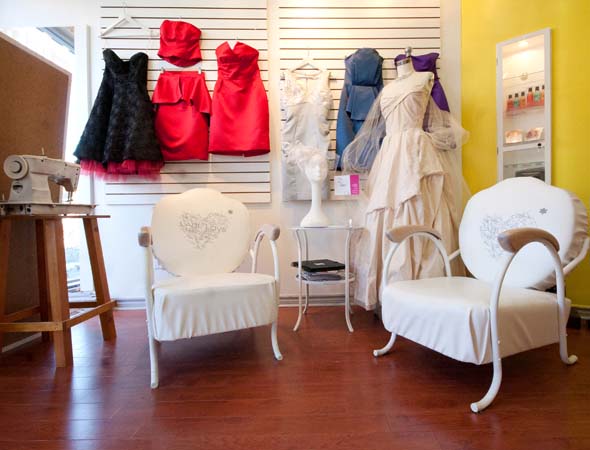 Oliveira worked for designer Crystal Siemens for three years before deciding to venture out on her own. She created a studio in her home loft and went on to create custom clothes for Civello, Aveda, and Cabaret Vintage . Then, one year ago, she opened Labl here at Queen and Bathurst. 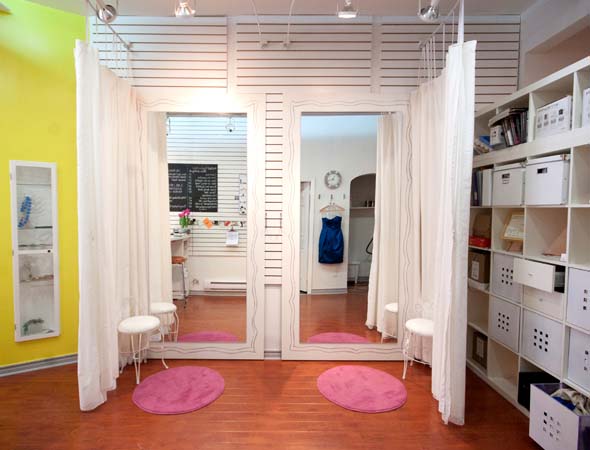 "I wanted to fill a niche that didn't exist," she says. "Some people think custom pieces are too much money, especially since the emphasis now is on volume of clothes rather than quality." And while Style Lab's custom clothes aren't cheap, and can cost more than $700 plus fabric, Oliveira thinks there's a way to make it work.

"I always tell my clients, 'Just wear it to death."

"While your look won't always been different, you'll always be looking good." 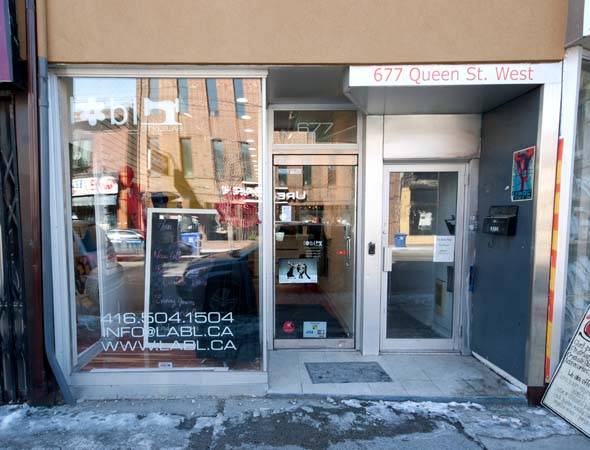 UPDATE: Labl Style Lab has now closed this location. They have moved to Parkdale and are now appointment only where Oliveira still offers her custom made, repair, and alteration services.