It's the middle of Sukkot when I visit Anthony Del Maestro at I Barbieri , his old school barbershop in the middle of the heavily orthodox Jewish stretch of Bathurst by Lawrence, and that means it's a quiet morning. Dapper and precise - his chairside table, carefully laid out with scissors and clipper blades, is the neatest I've ever seen - Anthony tells me how he came to open up his shop in the middle of one of the city's most identifiable enclaves.

The spot had been a hair salon for just six months when he found it last year, and a locksmith's shop before that. That meant that the plumbing and layout were already in place before Del Maestro made it over into the "retro-ish barber shop" he'd been imagining since the mid-90s, after he'd finished his apprenticeship in a hair salon. 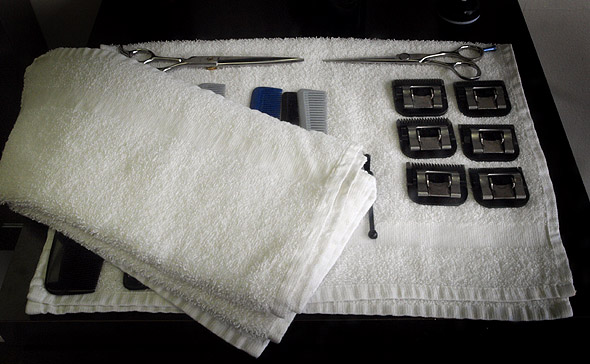 He'd watched the revival of the old school barbershop over the last few years - he mentions Garrison's and Blood & Bandages - but says that he didn't want to leave behind his hair salon training entirely.

"A retro style shop isn't enough," he tells me. "The seven minute haircut has gone by the wayside. We need to take it to the next level."

He adds that he doesn't want to return to the fussy days of perms and blow-dryers, but insists that men need to aim for something better than just "clean."

Right now, he says that his clientele is 80 per cent Orthodox, from the neighbourhood, and that they're very precise about what they want, from keeping their peyos to maintaining neat, short cuts. It also means a lot of beards, which means he's always eager for an excuse to offer the shaves that he consider the hallmark of a good barber, and which looked to be disappearing a decade or so back.

"To the retro barber shop it's the anchor," he tells me. "Like the whole 'shave and a hair cut - two bits' thing." 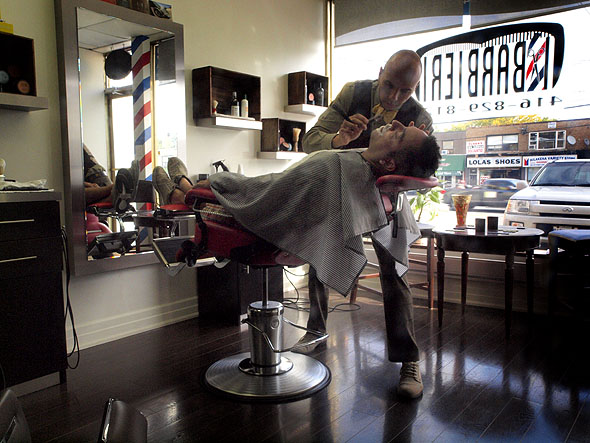 Under the watchful eye of L.V., the very handsome and aloof barbershop tuxedo cat, Anthony starts in on the very methodical ritual of a proper shave, applying hot towels and pre-shave lotion, then working on my beard with short strokes under the light coming in through the big picture window.

He considerately asks about ingrown hairs before he starts - more than just a nicety for men who've ever suffered from them - and offers to do a trim of ear and nose hair while he's finishing up. (Young men might blush and grimace, but trust me - it'll happen to you.)

Anthony's shave takes time, and he charges accordingly - shaves are $22, four bucks more than a men's haircut - but that's as it should be, especially in an age when most men only seem to need a few passes of the clippers and a few minutes of trimming with the scissors. Take it as a rule of thumb that you'll probably regret it if your barber charges less for a shave than a haircut.

The results are worth it - Anthony's shave is clean and rash-free, carefully drawn around my goatee and sideburns, and mercifully free of the post-shave burn that comes from overzealous razor work. It might be a bit out of the way, but I Barbieri is a find addition to the city's network of old school barbers. 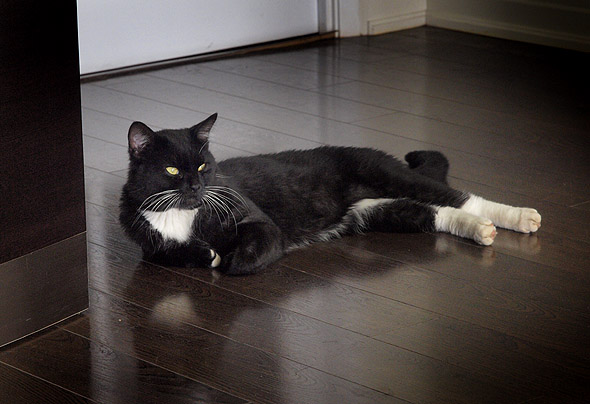 Writing and photography by Rick McGinnis