Homegrown Boutique, true to its name, is all about Canadian up-and-coming designers, featuring modern designs with an added dose of edgy, youthful appeal.

The Yorkville shop, nestled into a basement space on Cumberland St., is the brainchild of Michelle Baboolall, who was initially inspired by what she felt was a hole in the Toronto retail scene.

When Baboolall opened the store about three years ago, she says, she could only find two boutiques in town focusing exclusively on Canadian designers: Faux Pas on Queen ('crafty, with a really cool vibe') and Eleven , just up the road on Cumberland ('very Yorkville, very high-end, very posh'). 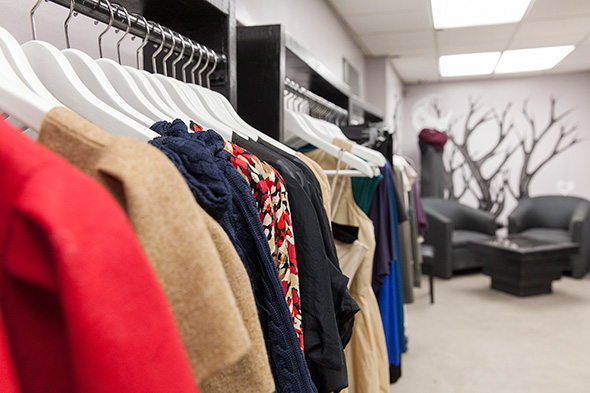 "There was nothing in the middle that catered to a little more of an edgy and refined aesthetic," she says.

"I thought it would be really cool to open a store that had all Canadian designers, and catered to the Yorkville crowd, but also the young up-and-comer." 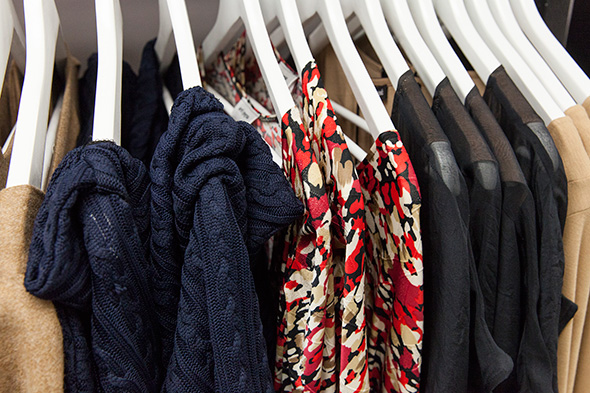 Baboollal had interned and worked in the fashion industry for some time, and mined her connections to get the store running, taking over what was once a former Printing House copy shop. She began with pieces from Zoran Dobric , Dagg & Stacey and Emily Woudenberg , expanding into designs by Caitlin Power , Travis Taddeo , and Montreal designer Arti Gogna , who remains a Toronto exclusive to the boutique.

The store now features about 20 designers, with pieces edited to stick to Baboollal's edgy-chic aesthetic - well-cut, well-made pieces in a mostly-neutral palette selected to flatter the largest number of shoppers. 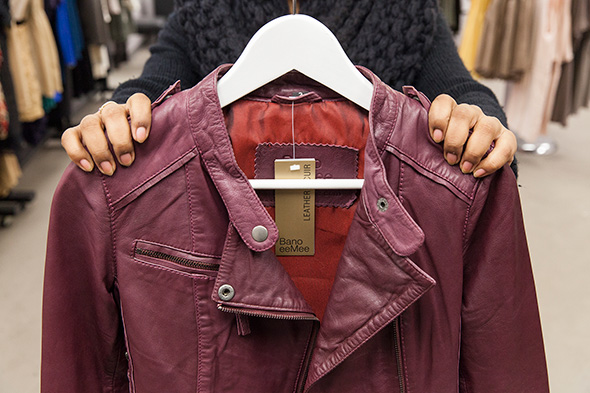 "I think when you get into buying things that are made in Canada, the price points tend to be higher, because they're not being produced in factories and under mass conditions," she says. (Most of the store's pieces ring in at around $100 to $250, topping out at around $500 for outerwear.)

"If you're spending a little bit more, you want something that's a little more timeless, and that you're going to get longevity out of. I try to keep that in mind with a lot of our pieces." 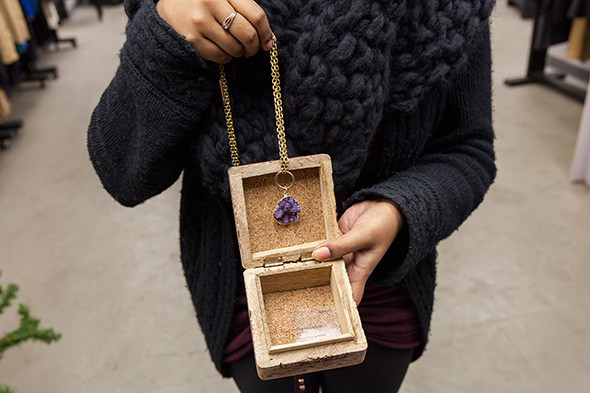 Baboolall adds punch through colourful, eclectic accessories, which sit at a lower price point (around $20 to $150). There's more than enough to spark up a blank slate of basics: Bold necklaces and bracelets, photo-print underwear by Don't Blow The Illusion ($40), spiked iPhone cases by local brand Felony Case (about $60) and oversized knitted scarves from Dylanium Knits ($79-$249). 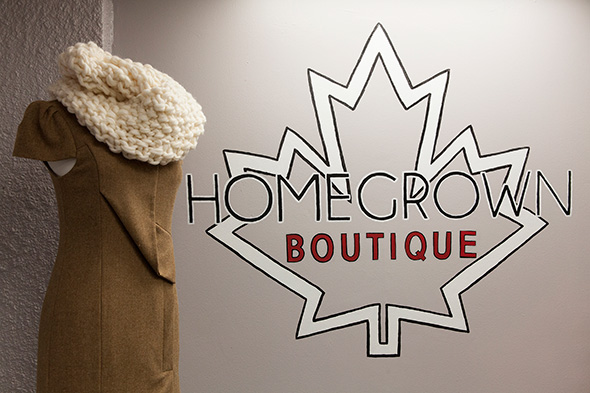 "It's kind of a personal reflection - my wardrobe is a lot of black, and a lot of basics," she says. "But I like to have something, even if it's just one piece, that's a little bit fun or funky."

Even on the day I visit, she's wearing black and dark denim - plus a massive Dylanium scarf, and one of those spiked cases for her phone. On Baboolall - and on the racks - it all works together perfectly. 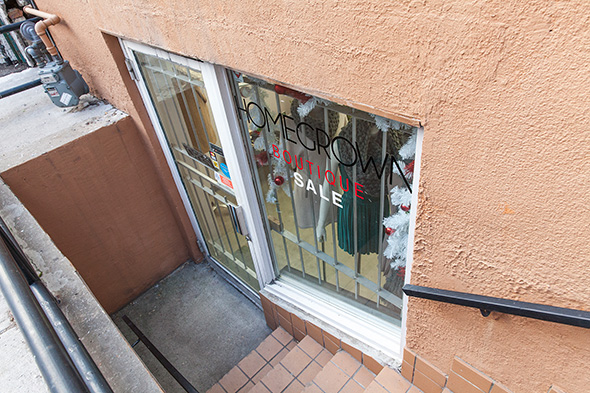