Heel Boy has opened its second Toronto location in the Distillery District, adding to the neighbourhood's growing lineup of retail stores.

"I like what the Distillery is trying to do - apparently they said no to the likes of Starbucks," says Chloe Raincock, the owner and founder of Heel Boy. "They're not moving forward with that kind of tenant, and that suited me and my business. I want to be surrounded by other boutique retailers." 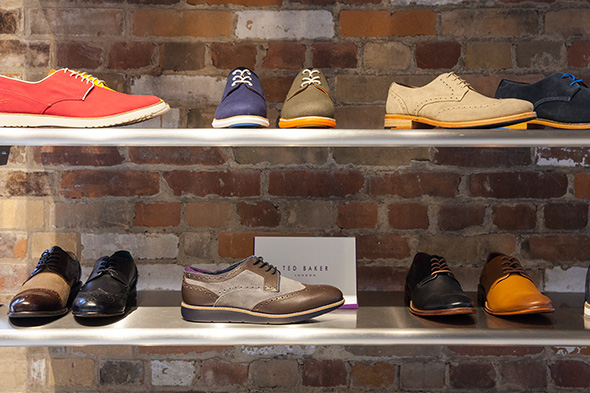 Located at 49 Tank House Ln., Heel Boy is just down the street from Jacob & Sebastian , and around the corner from John Fluevog . It seems that the Distillery is framing itself as a shopping destination, and Heel Boy, after spending more than 10 years at its Queen St. location , is pleased to be a part of it.

"It's a really fun location for us," says Distillery store manager Brie Heatherley. "The people here have been so welcoming, coming in to say hello and introduce themselves." 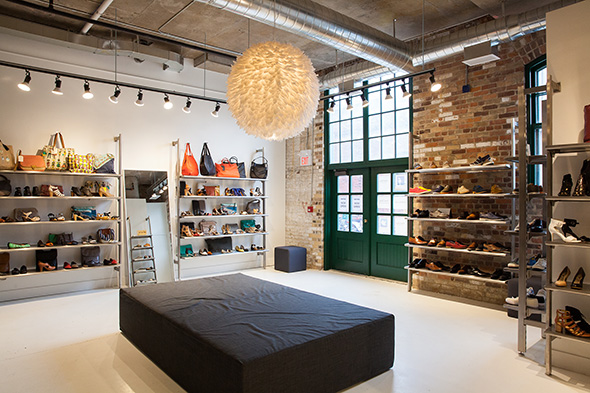 Just as the condo builders in the neighbourhood are required to maintain the historic integrity of the buildings, so are the retailers. Things like the doors, windows and brick had to remain, and these elements add to the atmosphere of the new Heel Boy location. 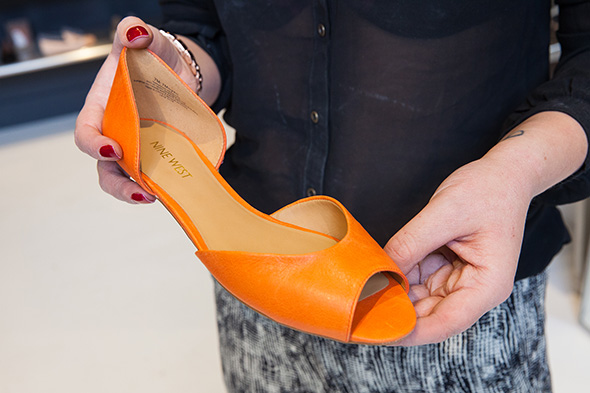 Raincock designed the space herself, just as she did with her first location in Kingston, as well as the store on Queen. The juxtaposition of her carefully picked design elements, like the exposed brick with a huge feather light fixture from Trianon on King St, East, makes a great backdrop for the store's broad range of footwear and accessories. 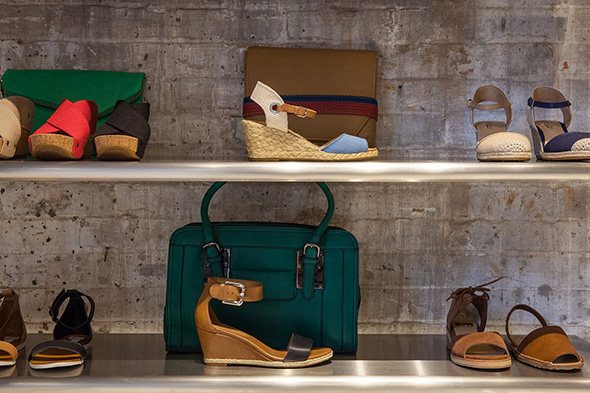 "If you're looking for an everyday walking shoe, we have that. And we also have something for a girls' or boys' night out," says Heatherley. 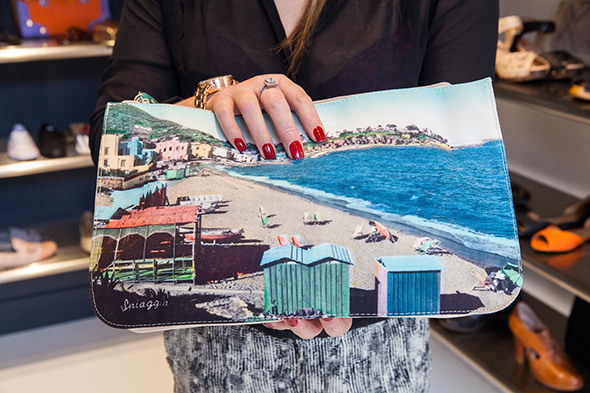 A canvas clutch with a bright beach scene printed on it from Spanish brand nice things ($75) stood out, and basket-weave heeled sandals in black, white and red from Schutz ($250) also caught my eye. But the Distillery location's very first customer, who made the store's inaugural purchase on Sunday afternoon, had eyes for a pair of blue suede rope wedges from Ateliers ($128). 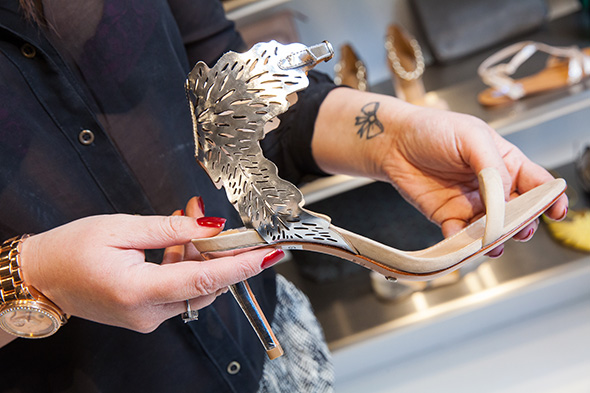 Heel Boy's Queen St. location is a destination boutique for many, and Heatherley says their clients who come from the east end are pleased to have a closer location. 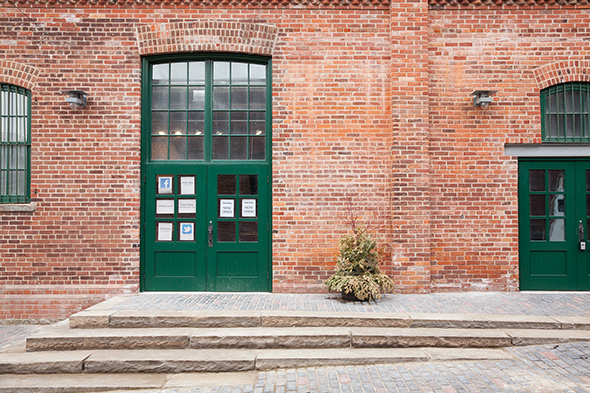