Grateful Head has held strong over the last few years as a Toronto salon with one of the best names around. And as long as I've been heading there for the occasional trim or shakeup, I've known it to be a business wholly faithful to its Dundas West digs.

Needless to say, then, I was a little surprised to hear Grateful Head had picked up shop after five and a half years and moved over to Roncesvalles Ave . So I stopped by the new salon at Roncesvalles and High Park to chat with owner Lysa Fina about the move. 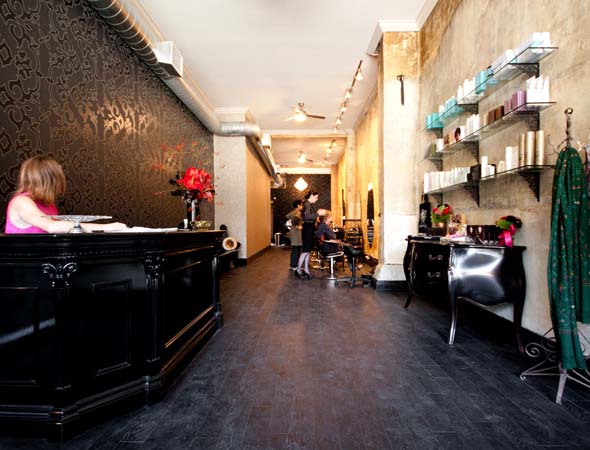 "The situation was sticky," she tells me as we settle on the window seat, overlooking the already bustling salon. Opened just a few days ago, Grateful Head is already having trouble fitting in their curious new Roncy customers along with loyal old clientele. "There were landlord issues, the building was falling apart, legal stuff," she continues. "We had to move." 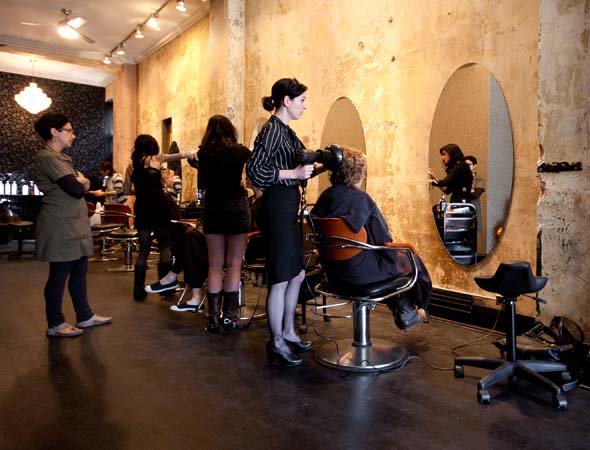 Lysa was looking to move the business somewhere nearby, still in the Dundas West community, but she stumbled upon this spot on Roncesvalles and thought she'd jump on the opportunity. "There was nothing here," she says, pulling out her laptop, flipping through pictures of the original space. Unoccupied for over 20 years, I can see that the walls were literally falling off the foundation, and a lone toilet sitting near the back conveyed a certain level of hopelessness. Though Lysa obviously didn't see it that way.

"It took 13 weeks," she says, "and it was me and my friends--the staff--here doing the demo ourselves before we hired a contractor." 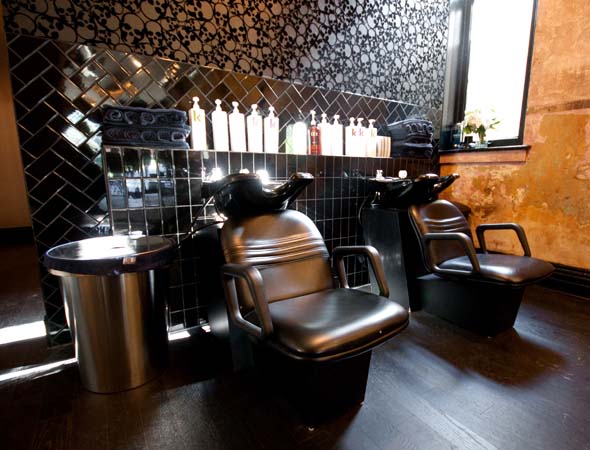 The space has been remarkably redone, in typical Grateful Head style. Textured wallpaper on one wall, a rough, rustic finish on the other. And the back paper--the piĂ¨ce de rĂŠsistance, in my opinion--boasts small black skulls, indiscernible from the front entrance. The vibe is continued right through to the bathroom, which carries a fiery red glow inspired by a picture of a woman-arachnid hybrid framed and featured on the wall.

"We wanted rock and roll royalty," Lysa says, "and I think we got it." 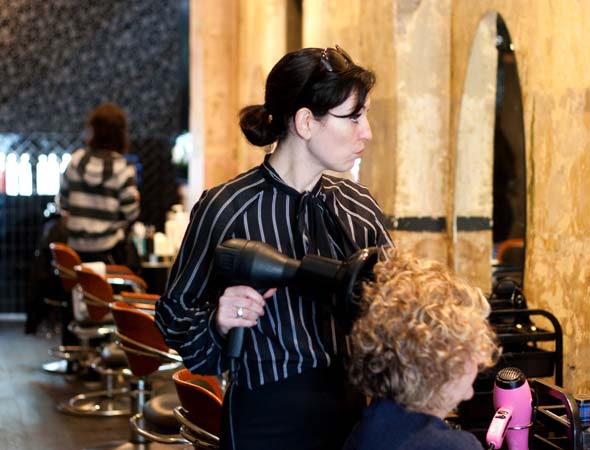 Unlike the old Grateful Head space, this salon won't be hosting regular art shows. ("The hair will be the art here," Lysa says.") But it has dedicated a nook for staff art (including Lysa's albums) and will be hosting a CNIB fundraiser in 2012.

"We're still who we were," Lysa says as we head back to the front. "I refused to cut any staff." 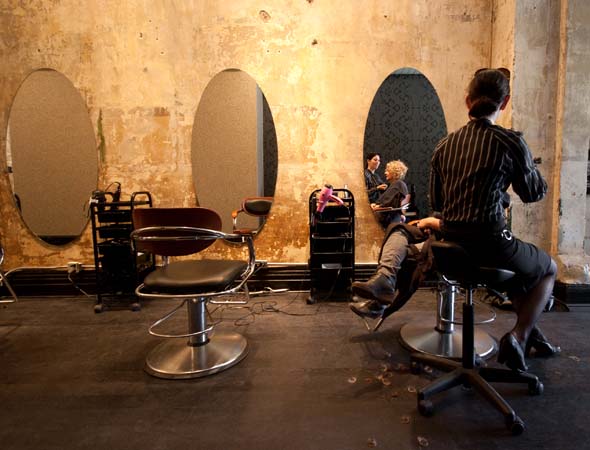 And the reception? "Very, very, very enthusiastic," she says. "People have been so welcoming. It's lovely." 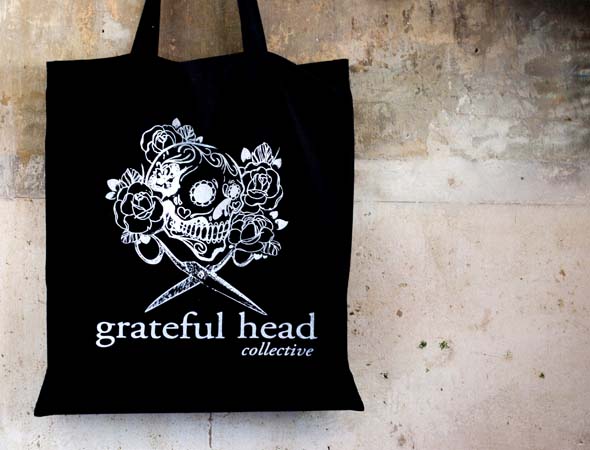 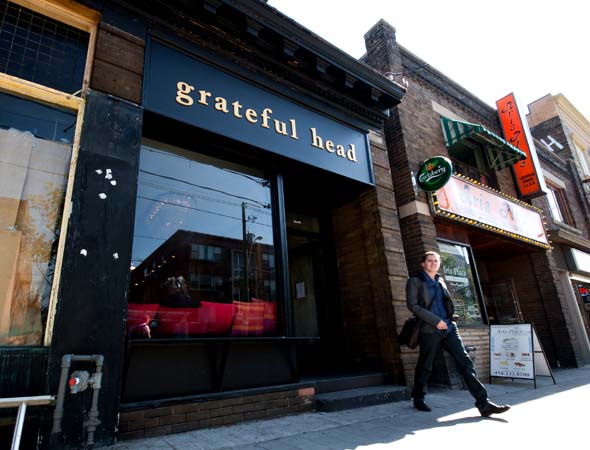