Next to a Starbucks on the second level of the Scarborough Town Centre, Clarendon is one of the first secondhand stores to break into the mall scene in Toronto. 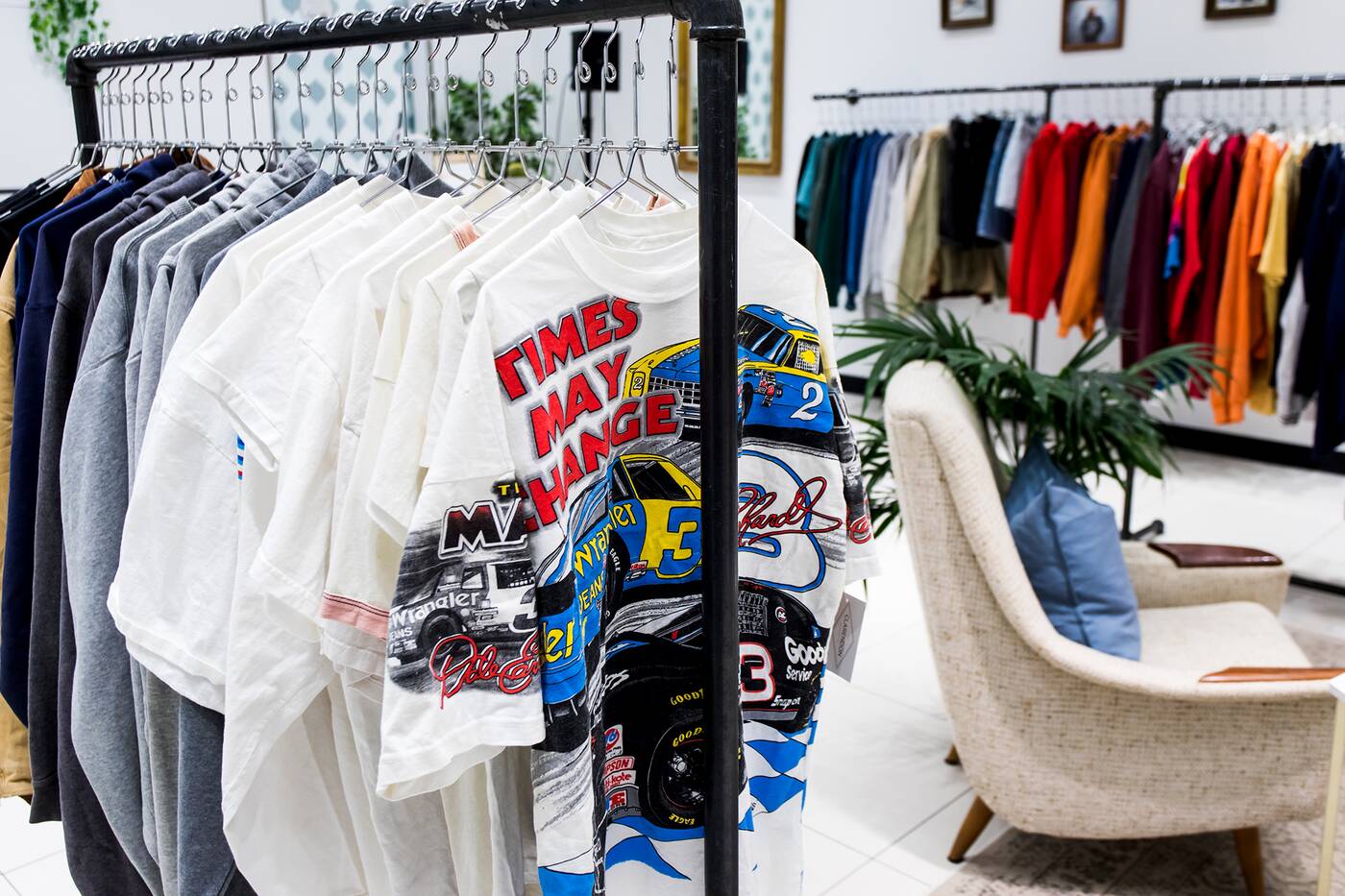 The owners, Colette Liburd and Johnnel Francis, are both from the Caribbean, Liburd's parents are from Saint Kitts and Nevis while the clothing store is named after the province in Jamaica where Francis was born. The "trading co." part of the name pays respect to Hudson's Bay, where Francis' mom used to always bring him growing up. 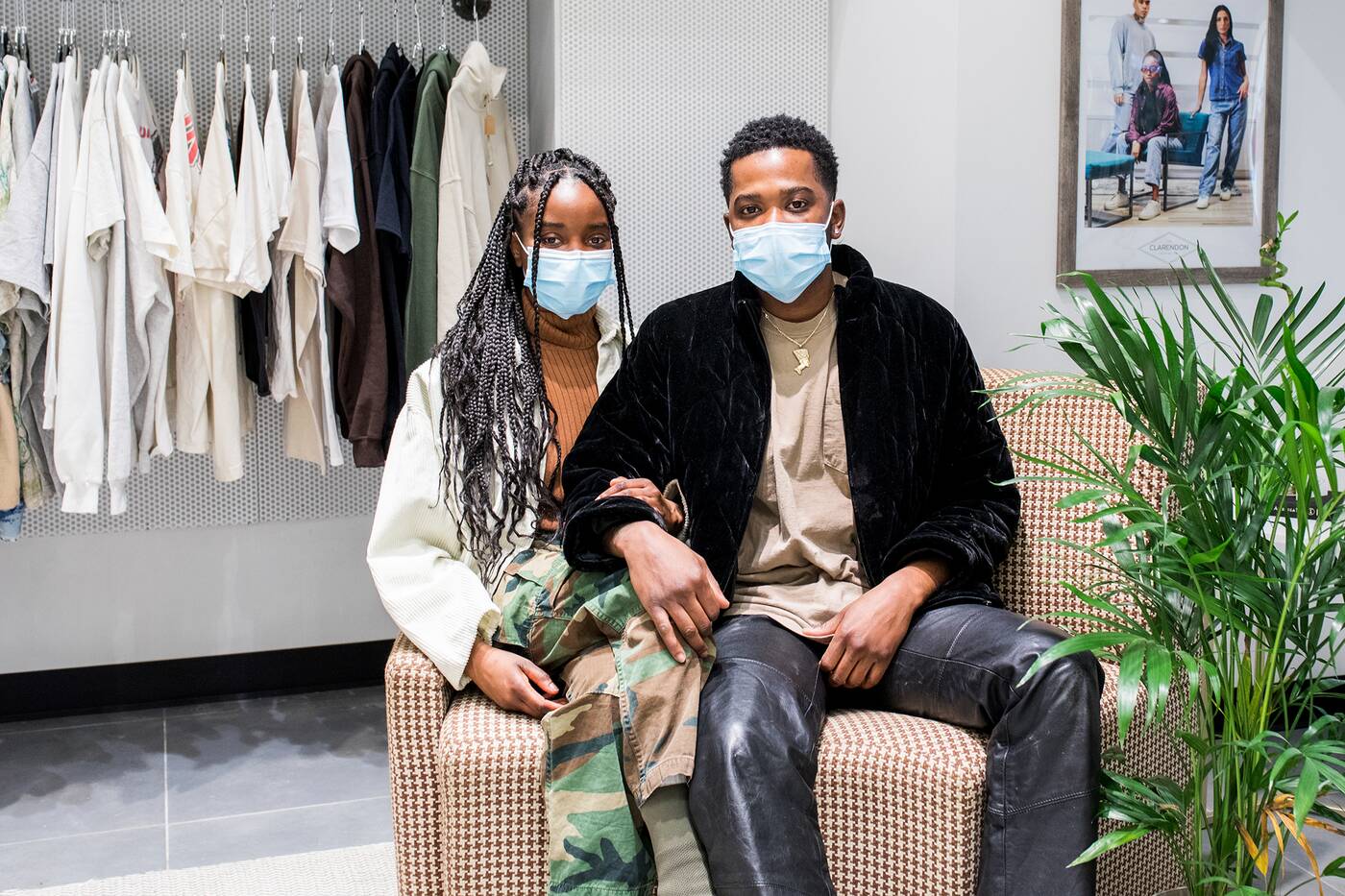 It all started back in 2014 when the partners in business and life and longtime frequenters of Kensington Market's vintage stores set up an Instagram to start selling thrifted items online.

When their one-bedroom apartment became overrun with inventory, the couple, who are in their twenties, decided to open a physical store in Markham. The storefront in the STC comes as the second location. 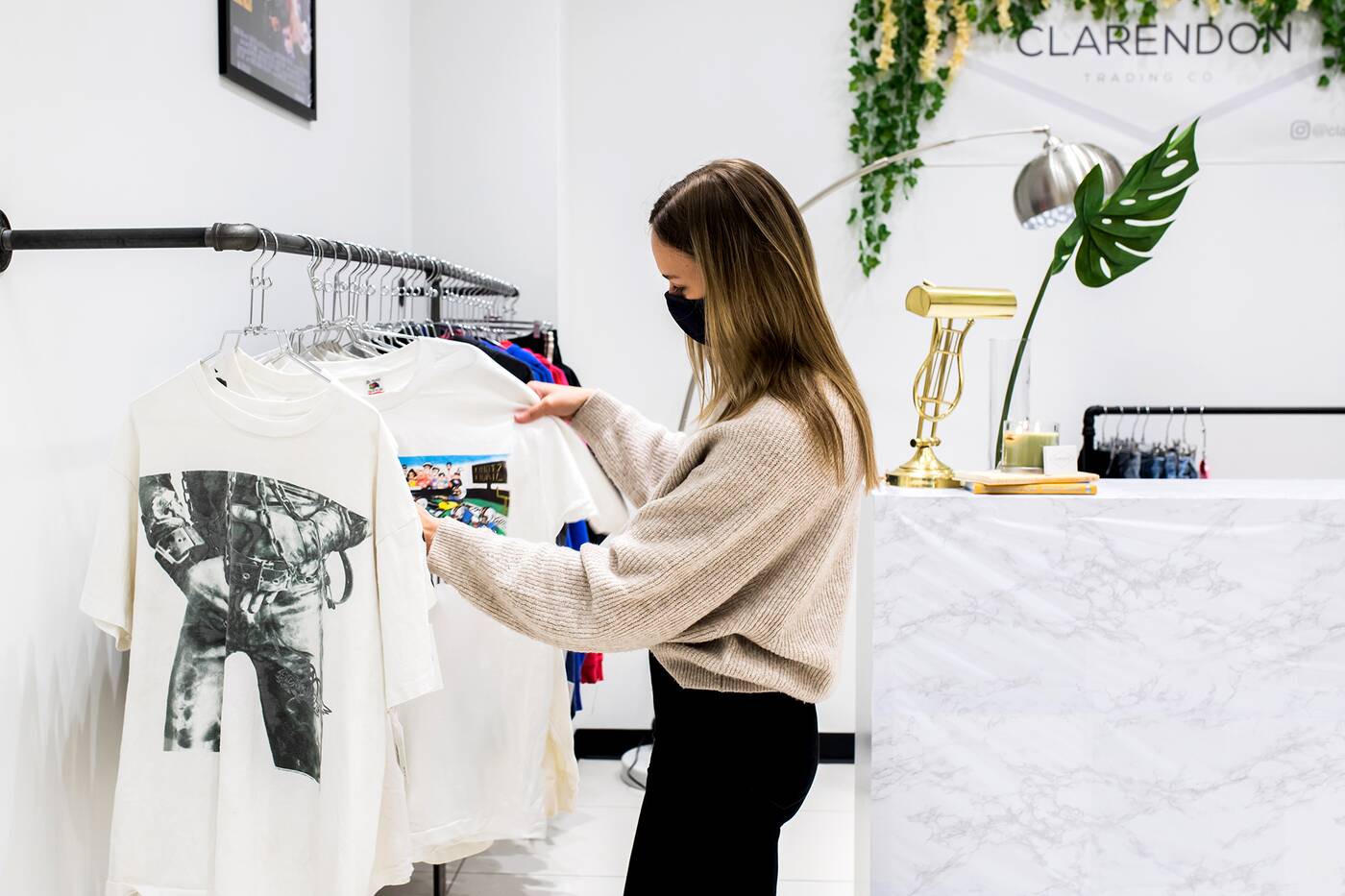 Everything in the store has been picked by Liburd and Francis. The two of them are at Value Village and other thrift stores around the city bright and early every day to find clothing to sell online and at their stores.

While many items get posted to their Instagram for a "Rise and Find" series they do, most of it is steam-cleaned and put out on the racks. 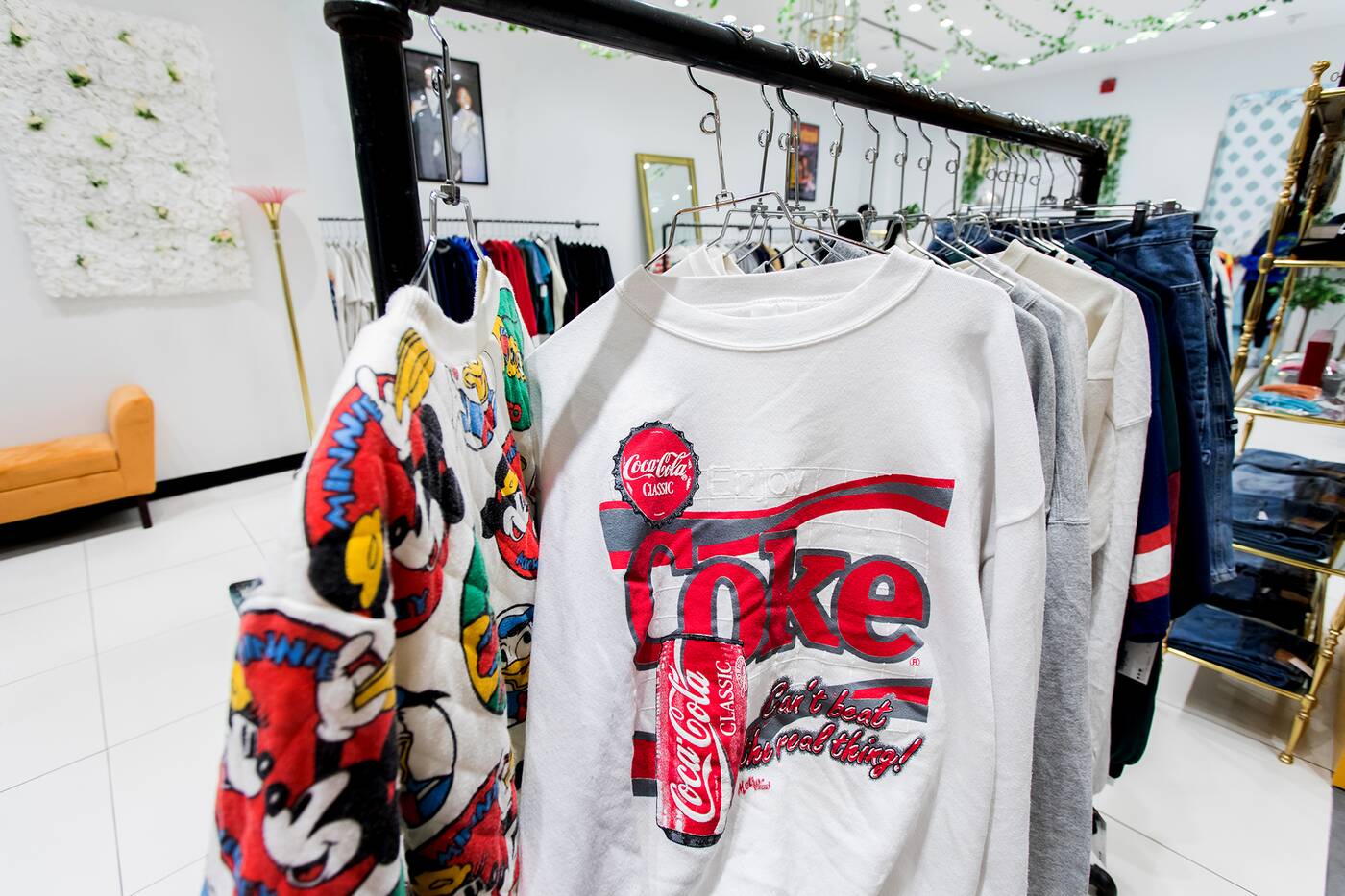 Buying items instead of accepting donations helps them keep a well-curated selection and lets donations go to those who really need it.

With a pair of Levi’s ringing in at $50 and sweaters ranging from $30 to $45, prices are steeper than what would be found at your regular Value Village. 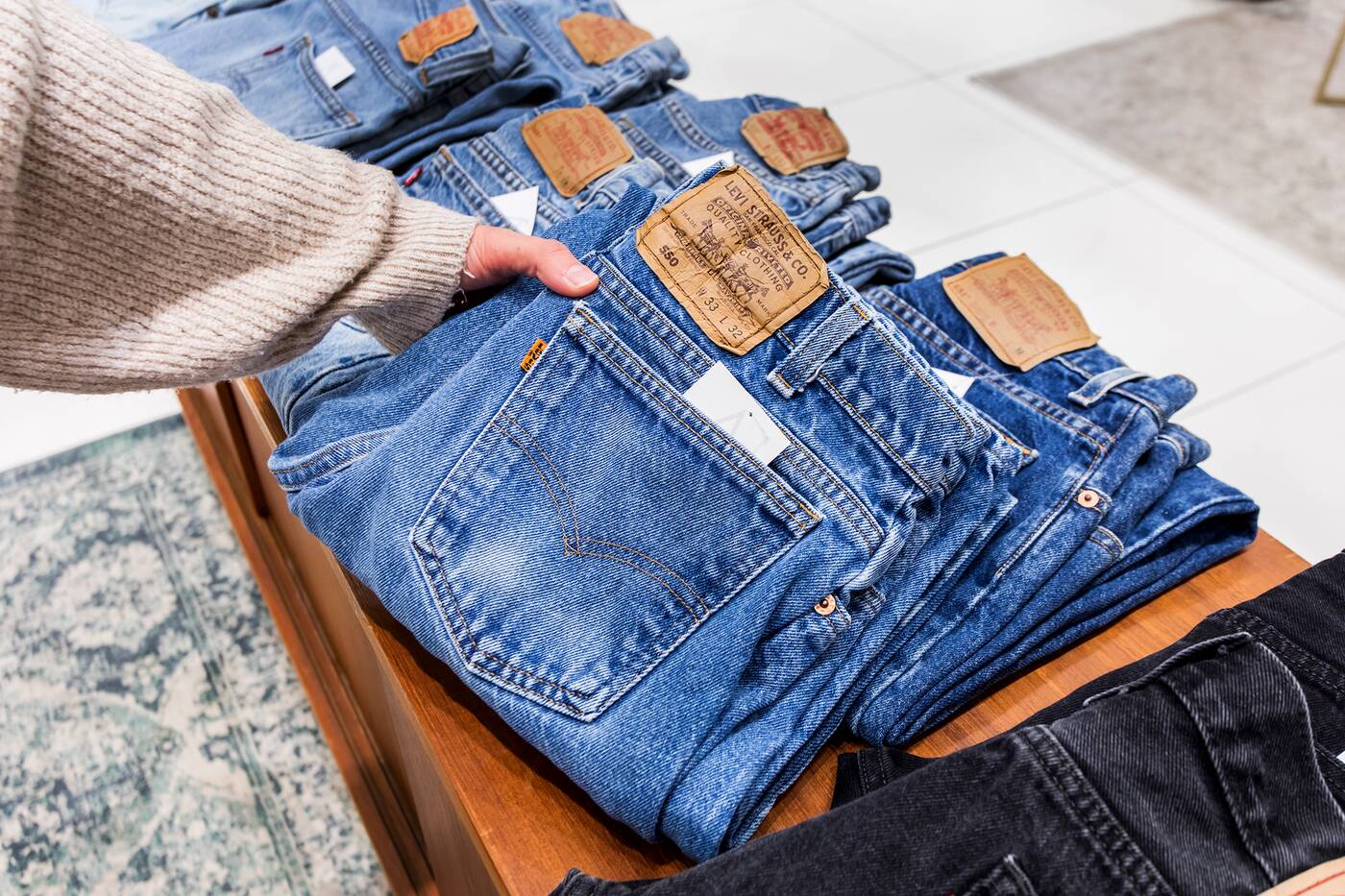 But considering the quality and name brands of the clothes, $50 doesn't seem like too high of a price to pay for denim that's going to last you. 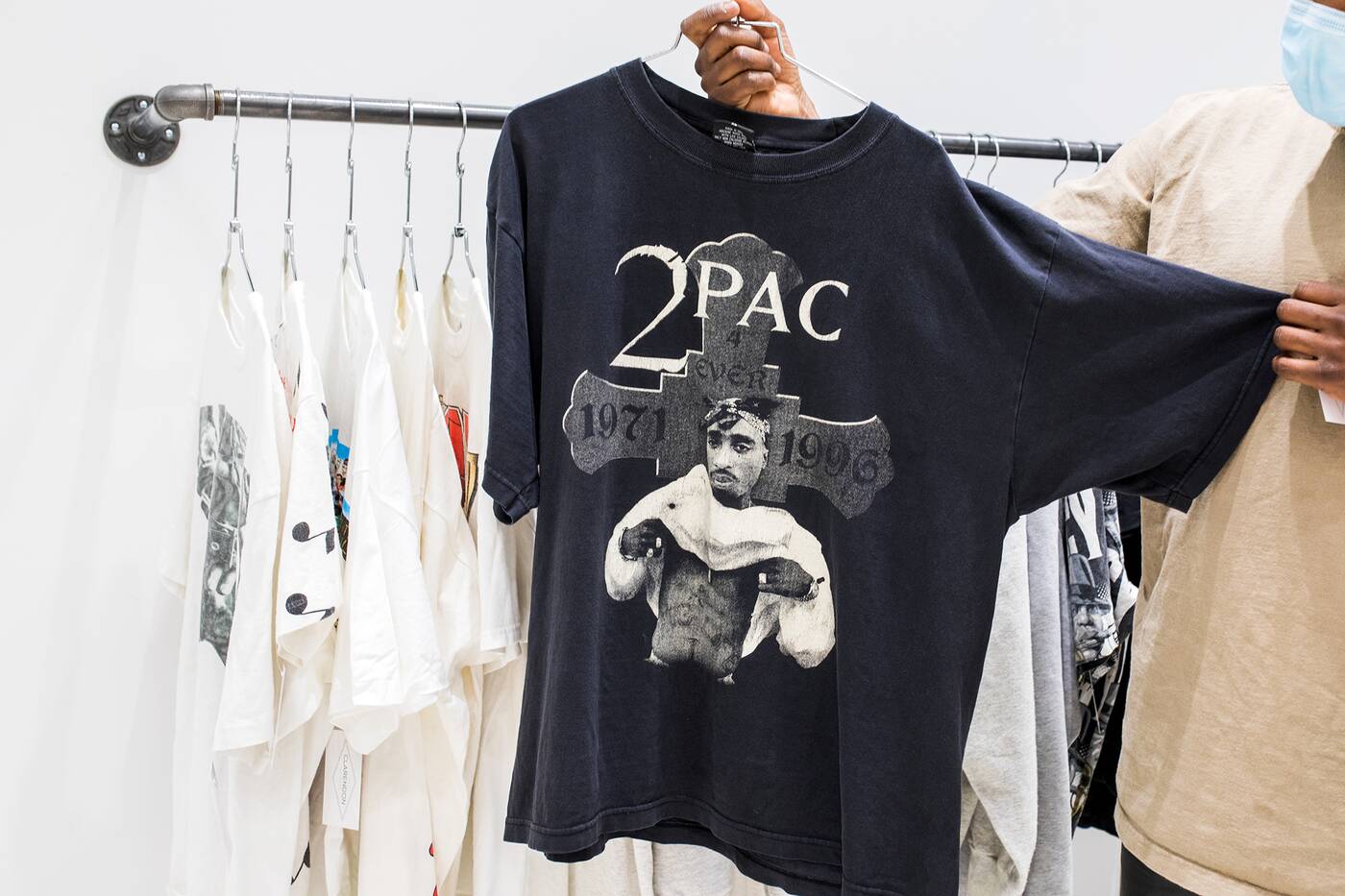 Tee-shirts also fluctuate based on a few things including how old (a single stitch tells them it's from the '90s), how rare, and how culturally relevant it is. 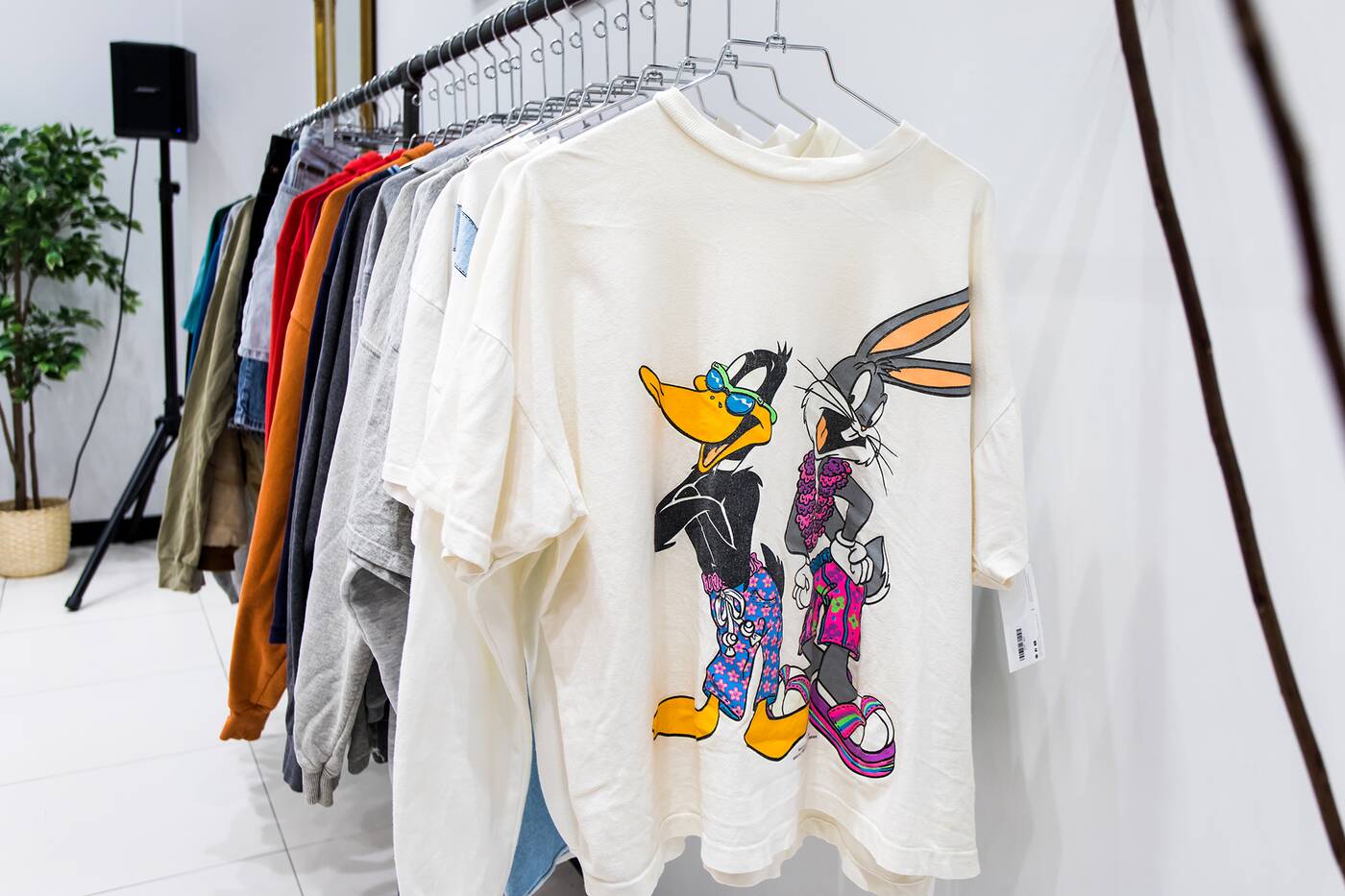 Most of the clothes around the store are from the late 1990s to early 2000s, otherwise known as the Britney-era. They also keep plenty of Disney tees stocked for a healthy dose of nostalgia. 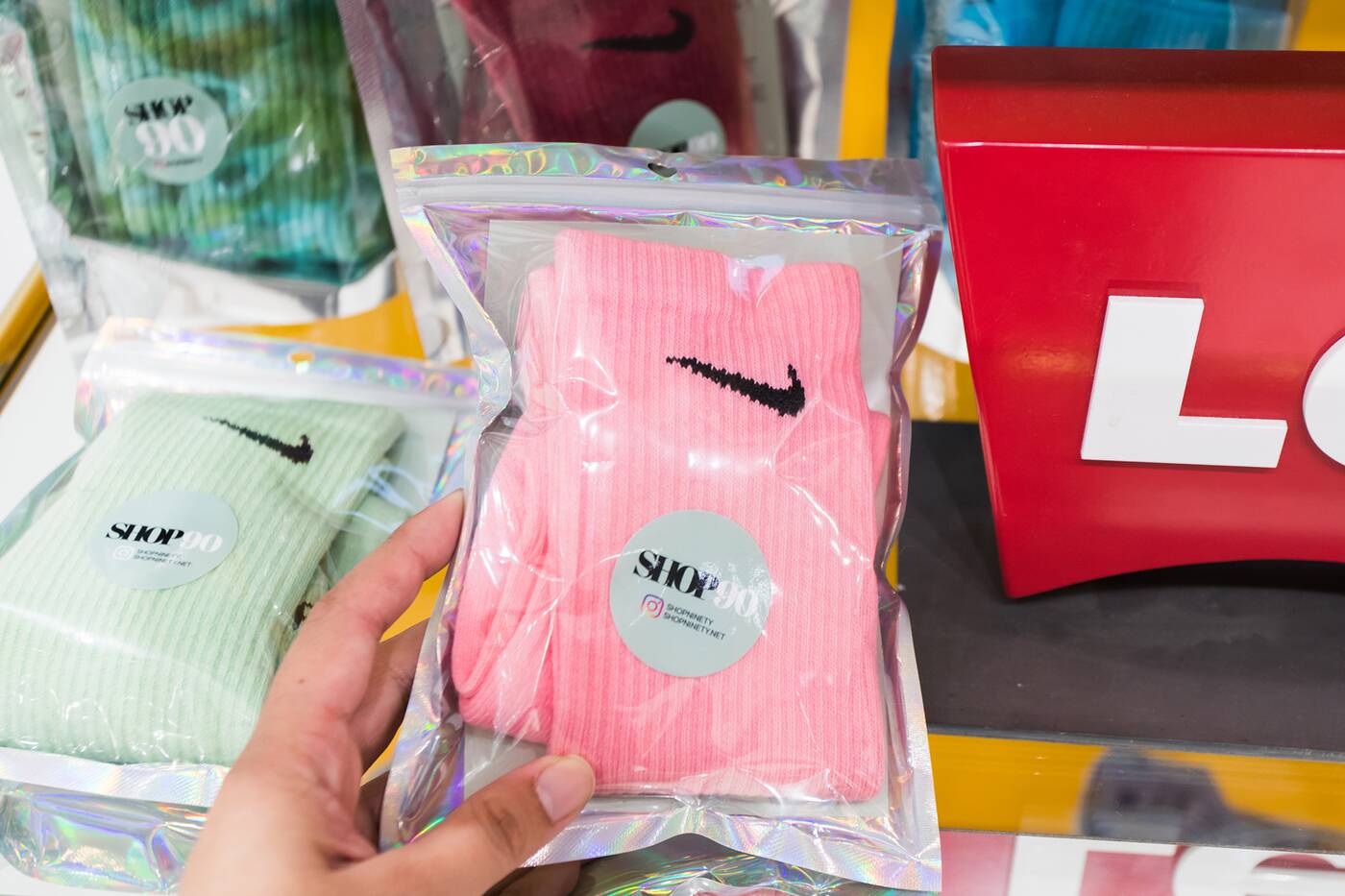 With Nike running the vintage game right now, they also always keep a good number of these products on the shelves, like tie-dye socks that come in a range of colours as well as shirts and sweaters. 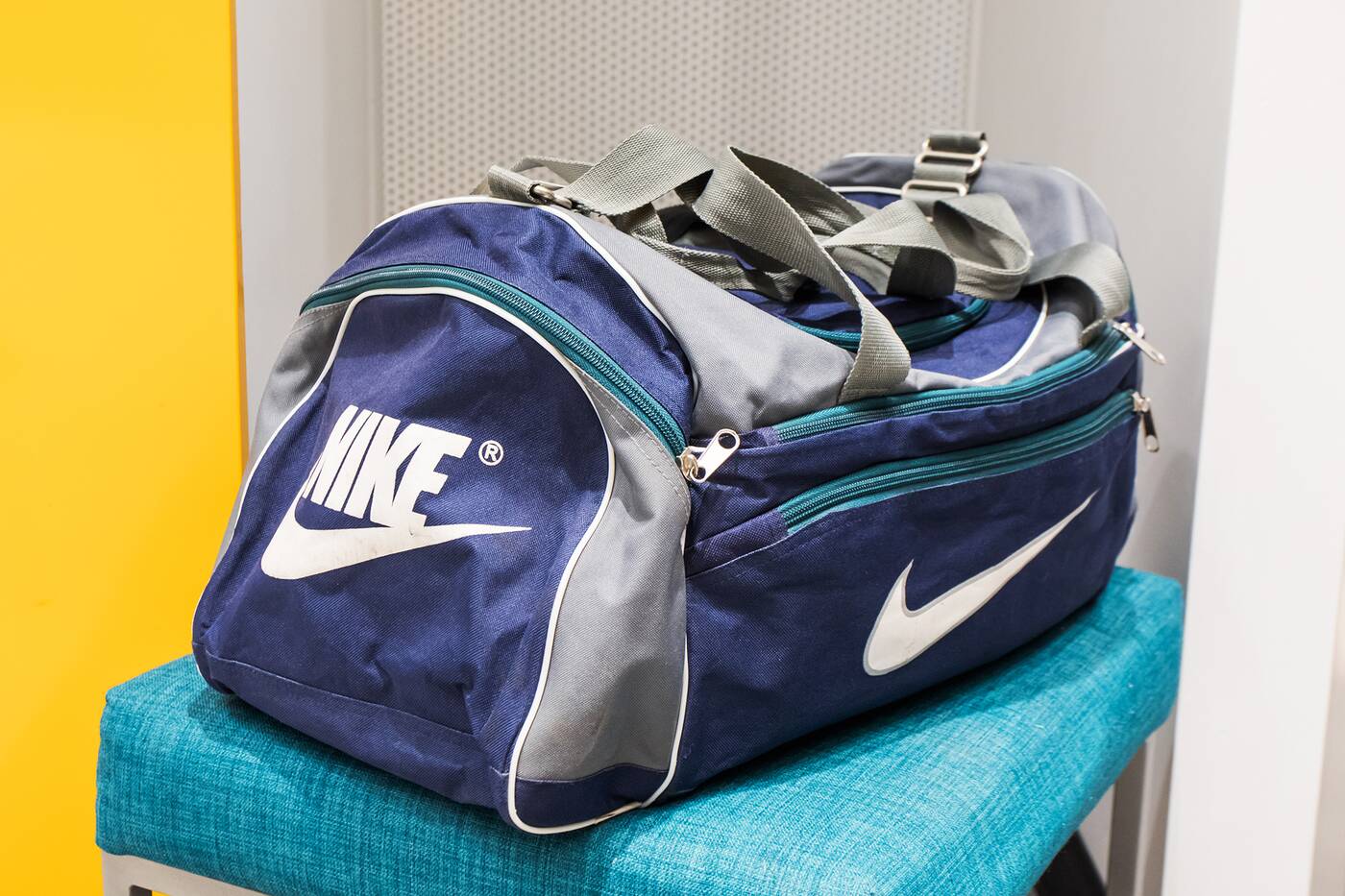 They even made the zipper tags from Nike sports bags or clothing into necklaces that are constantly selling out ($30), with none in stock on the day of our visit. 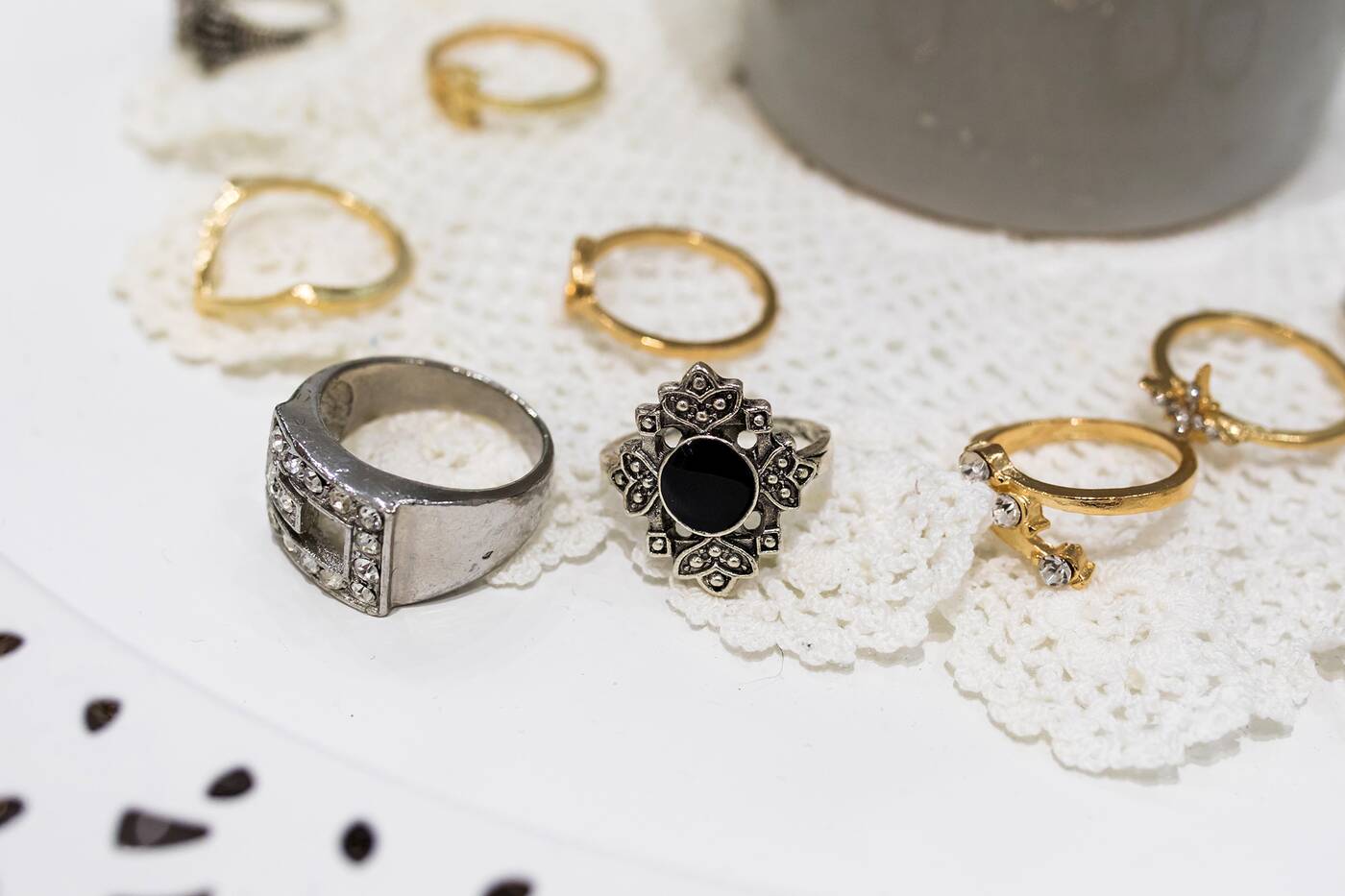 A selection of rings ($5) is in stock, however. Though these pieces of jewerly aren't true vintage, they each have an ageless feel to them.

Unlike some large thrift shops in the city that you might shop around in for hours to no avail, setting foot in The Clarendon Trading Co. pretty much guarantees a trendy purchase no matter what you're on the hunt for. 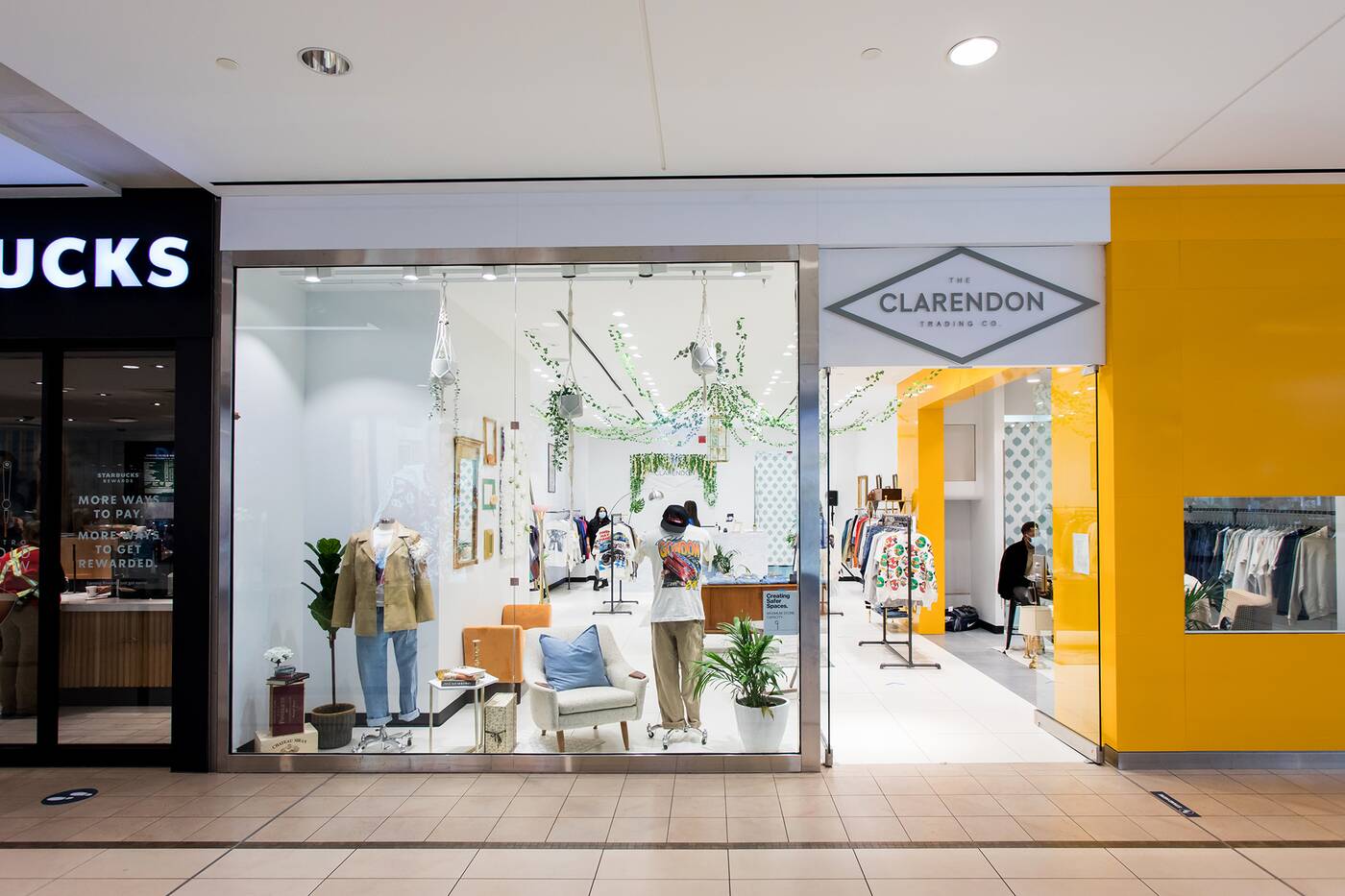