C Squared has opened a new, second location just a couple blocks west of its existing location on Queen West. C Squared the original is just east of Spadina, and C Squared the new is just west of Bathurst. That's how close they are. It's like Starbucks--just with shoes.

I chat with some of the staff at the new location, and they tell me the proximity was a very deliberate choice. "The owners like the area," Richard says, "they just wanted to be a little further west." 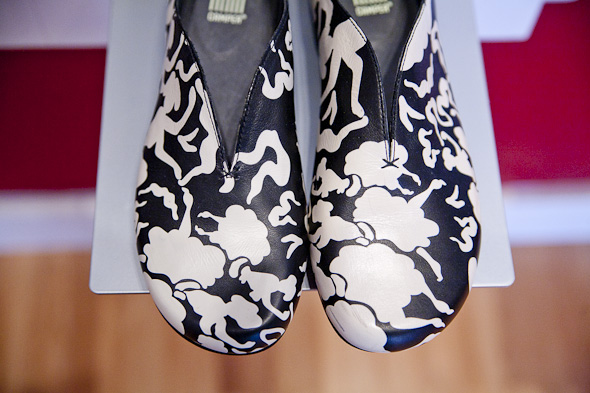 "It's like a totally different population," he continues. "There's not the rush of people, the tourists. Here it's quieter; more locals." 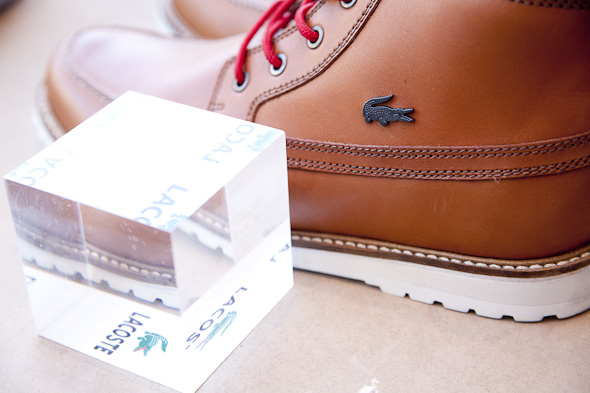 The stock here is pretty much what you'll find a few doors down, except the focus here is footwear--no clothes. "The owners wanted to stick with the main business," Stacey says from the cash. "But you might find some styles that are a little edgier, a little more unique." 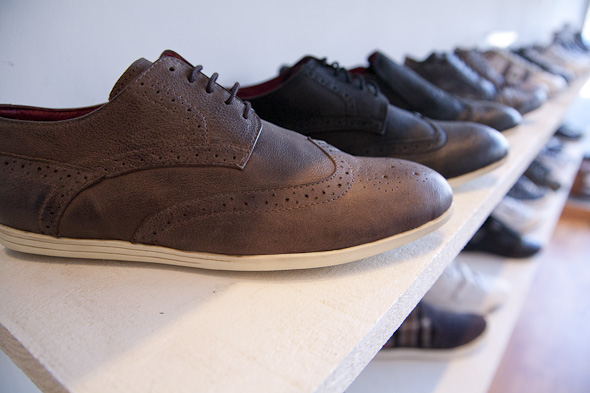 Those styles here include men's and women's boots, shoes, and sandals from brands such as Tsubo, El Naturalista, Joie, and Camper--the latter of which for C Squared is well-known. 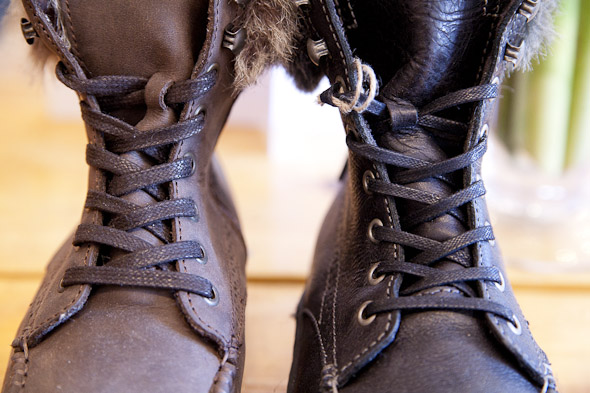 As we explore the back Camper wall, examining some of the Twin line flats (the left and right shoes in a pair are similar, complementary, but not identical), Stacey tells me the owners tried their hand at franchising, which explains the brief cameo C Squared played on Yonge north of Eglinton. "They were different owners, and I don't know the details, but it didn't work out," she says. 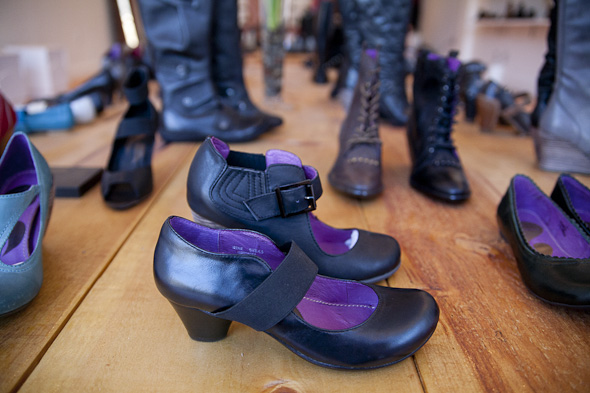 In any case, we immerse ourselves in the collection of shoes in the space that is barely one week old. On Stacey's recommendation, I try on a pair of grey Tsubo pumps with some wicked rubber traction under the sole and latex foam padding inside ($150). It's pretty safe to say they were some of the most comfortable heels I've ever tried on. 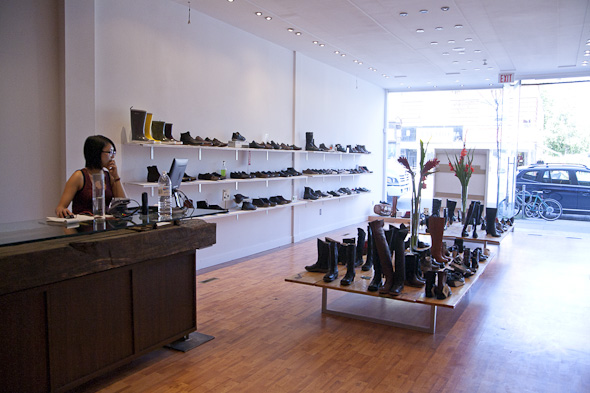 But if I were going on looks alone I'd have to opt for the El Naturalista black booties ($280), or for men, the gorgeous Cydwoq handcrafted leather pointed-toe shoe with a vintage flair ($395). They're definitely one of a kind, and the only place you might find something similar is few blocks down, just east of Spadina. 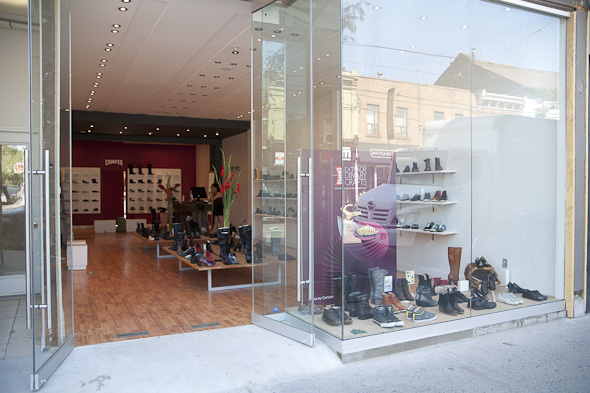