"About Design Corp is about nothing." I thought I was in an old Seinfeld episode when I heard that line. But I let Dean Hutchinson go on. "It's the idea that nothing is defined. Identity is what you create, not what is given to you."

For that reason, the clothes created at About don't have any labels. "Except for a few for shipping purposes and that sort of thing," Hutchison notes. "But even then, they're just attached by a loose thread. It's meant to be clipped." 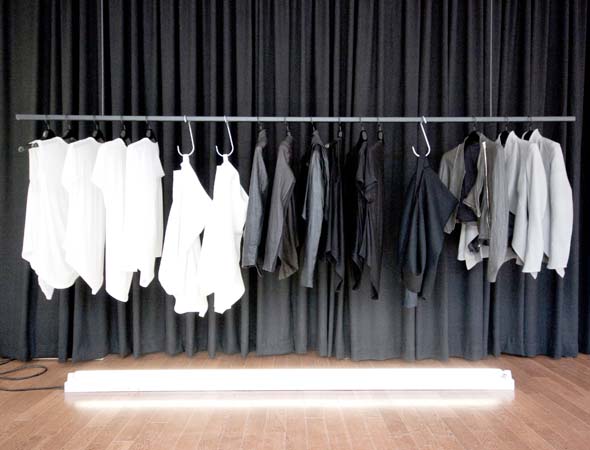 Hutchison and his partner Yunchieh Chang unveiled About's massive storefront windows in March to the curious eyes of its Bathurst and Dupont neighbours. The area isn't exactly known for creative design, with KC's Hats and the venerable Vesta Lunch being among its few notable mentions. But with a few boarded up storefronts and convenience stores in the mix, About can't help but garner double-takes from passersby. 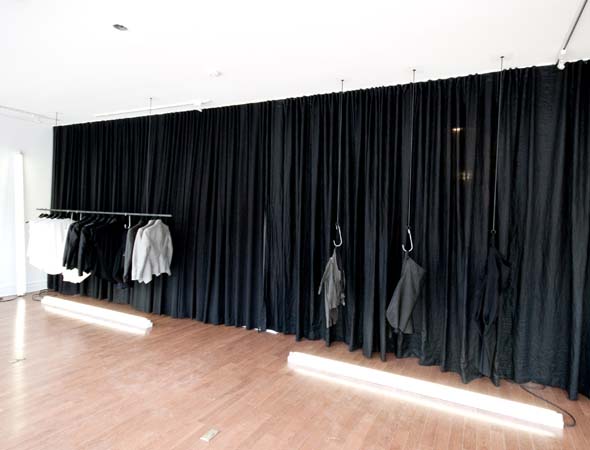 Fortunately for me, though, the store was easy to find, despite its minimal signage. About doesn't look like a typical clothing shop; there are few garments on display, no cash register, and no price tags. "Minimalist" is an understatement. With a dramatic black curtain backdrop hiding the design studio and exposed florescent lighting, Hutchinson and Chang show off their finely constructed designs.

"We're much more artisanal than what you might see elsewhere," Hutchinson says. "Everything here has been touched by our hands."

"We want that intimacy," Chang adds. 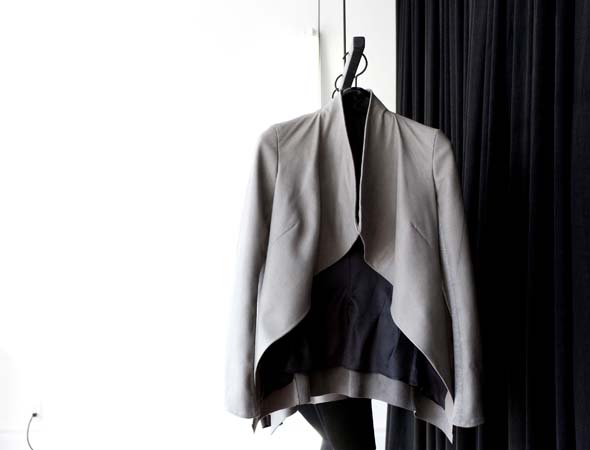 The pair met in San Francisco at a friend's store. Hutchinson, originally from Toronto, had been living and building his brand in California for over a decade, and Chang was going to school. Impressed with Chang's work, the two started building a relationship and eventually made the decision to move to Toronto to start their own shop.

About's pieces are wardrobe staples--they're basic, but not boring. 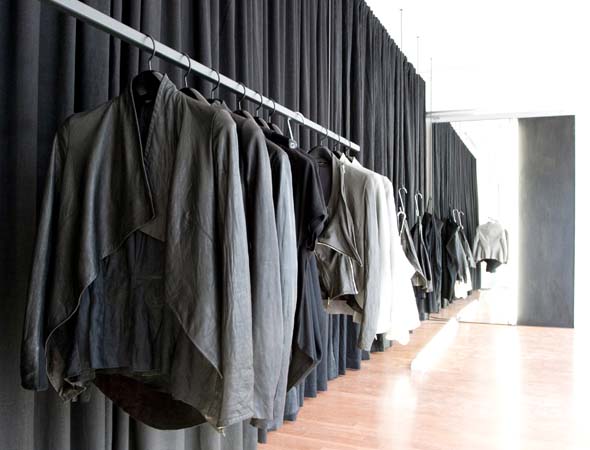 "I'm the architect," Hutchinson says, "and she's the sculptor." And you can see it in the design. Buttery soft lambskin leather jackets merge straight lines with unfinished hems, rounded edges, and even draping ($1,500 to $2,200). Why unfinished hems and other irregularities? 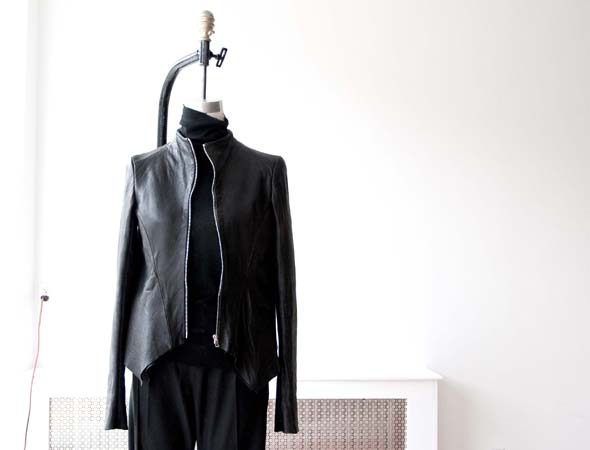 "These are classics, but slightly distorted," Chang says. And since they're about nothing, you can interpret at will. 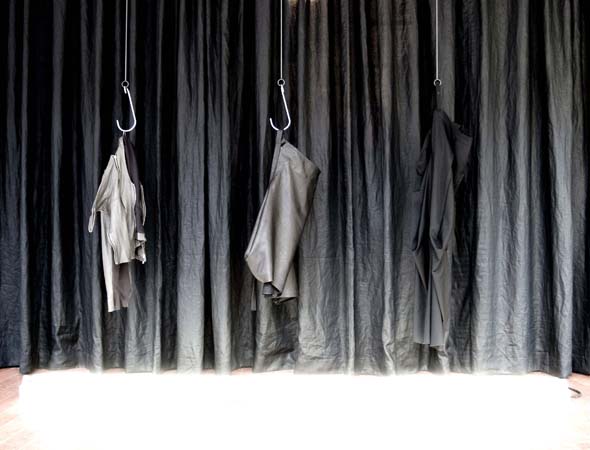 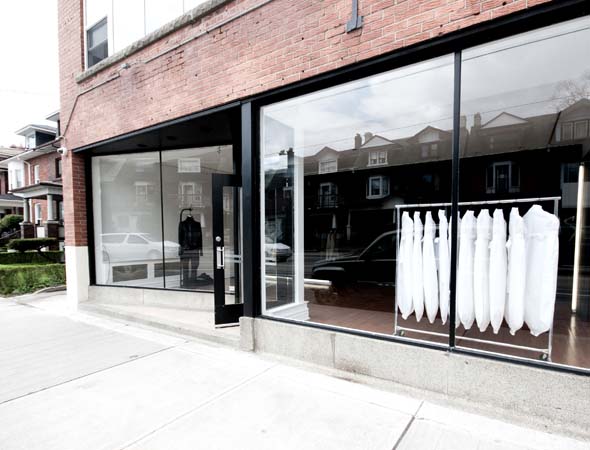