The first ever Toronto Carrotmob attack will go down this Saturday April 10th at G's Fine Foods on Bloor. What's a Carrotmob attack? It's a 'buycott' - an organized consumer effort to reward businesses who pledge to invest in environmentally sustainable initiatives.

During February, local businesses in the Annex bid against one another in order to host Toronto's first Carrotmob, and G's Fine Foods won the bid by pledging to spend 100% of their revenues from the consumer mob on energy efficient renovations for the store. They also pledged to start carrying 15 new Local Food Plus (LFP) certified products.

Carrotmob is a growing network that came out of San Francisco in 2008. Since then, over 50 businesses have been mobbed by local consumers from Berlin to Bangkok - with an estimated $115,000 being reinvested by business owners for environmental upgrades and initiatives. 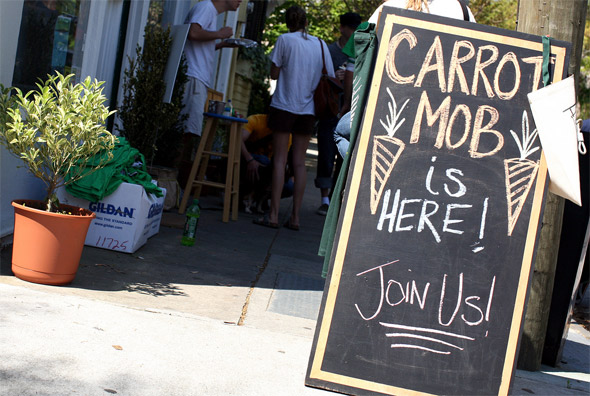 What will "energy efficient upgrades" mean for G's Fine Foods? Along with York University Professor Jose Etcheverry, Windfall Ecology Centre will be providing energy efficiency policy and technical advice to make sure the money goes to making the biggest impact in the store.

Nico Koenig, a graduate student in the Adult Education and Community Development Program of OISE/University of Toronto, has been at the helm of organizing the first Carrotmob in Toronto and is already looking ahead at what could be done next. 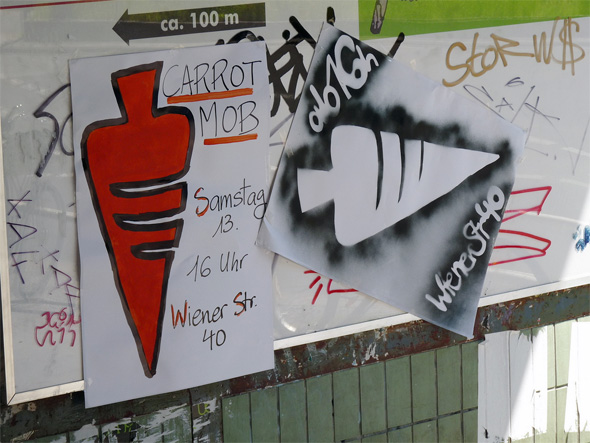 Because the Carrotmob concept is a form of activism (or as Nico explained to me "social technology") that no one owns it means anyone can organize their own event, in their own neighbourhood. So it doesn't have to be grocery stores or energy efficiency, it can be any type of business and any type of social change, anywhere. Nico plans on organizing two more events in the summer and fall, and hopes that others will take up the Carrotmob torch too.

So on Saturday, environmentally minded Torontonians can flex their consumer muscle by descending on G's Fine Foods and supporting their efforts to make the store more energy efficient.