Shangrila Tibetan and Asian Cuisine has been a staple in Parkdale since it opened in the early-2000s. Located near Queen and Sorauren, Shangrila is the oldest Tibetan restaurant in the city.

Even though they've been around for a while, Shangrila owner Tsering Dolker and her son Rangdol Jampa are still evolving the restaurant and coming up with new concepts to keep things fresh. 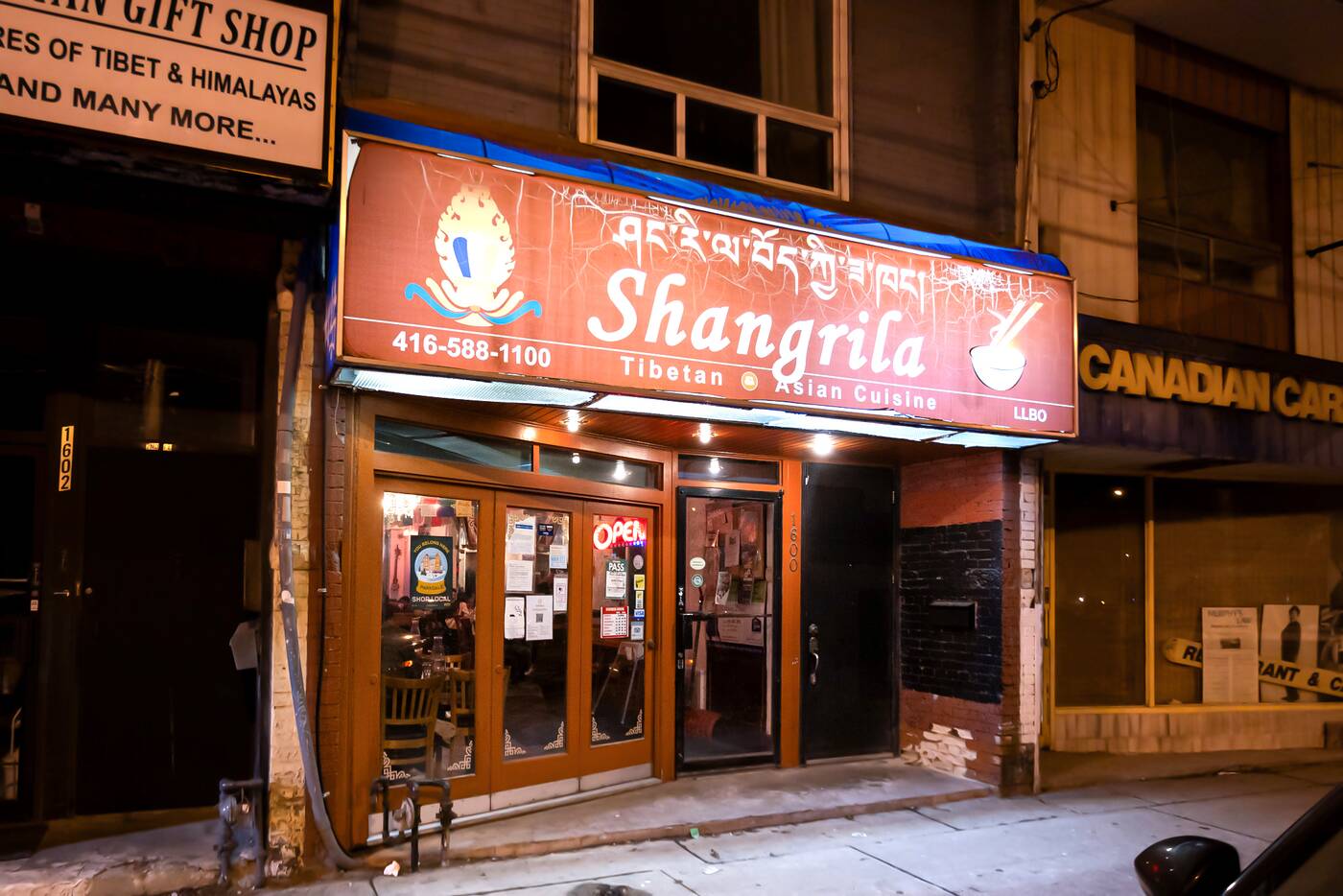 The exterior of Shangrila restaurant in Parkdale.

While 'after hours' in this case doesn't mean starting at 2 a.m., Shangrila is offering a new, limited menu of food and drinks between 10 p.m. and 2 a.m. every Saturday night, aiming to attract those who might get hungry on their way to the next bar or at the end of the night.

The idea was birthed when Rangdol himself decided he wanted a space for him and his friends to eat after going out.

"We have AM/PM next door, some people come in while waiting for the line to go down," Rangdol told blogTO. "Every week we get more and more people."

The concept was introduced in December and has seen a steady influx of people coming in over the weekends.

The short menu includes staples like momos ($10.99) that come steamed or fried and filled with beef, as well as a dish of dehydrated beef sauteed in spices ($11.99). 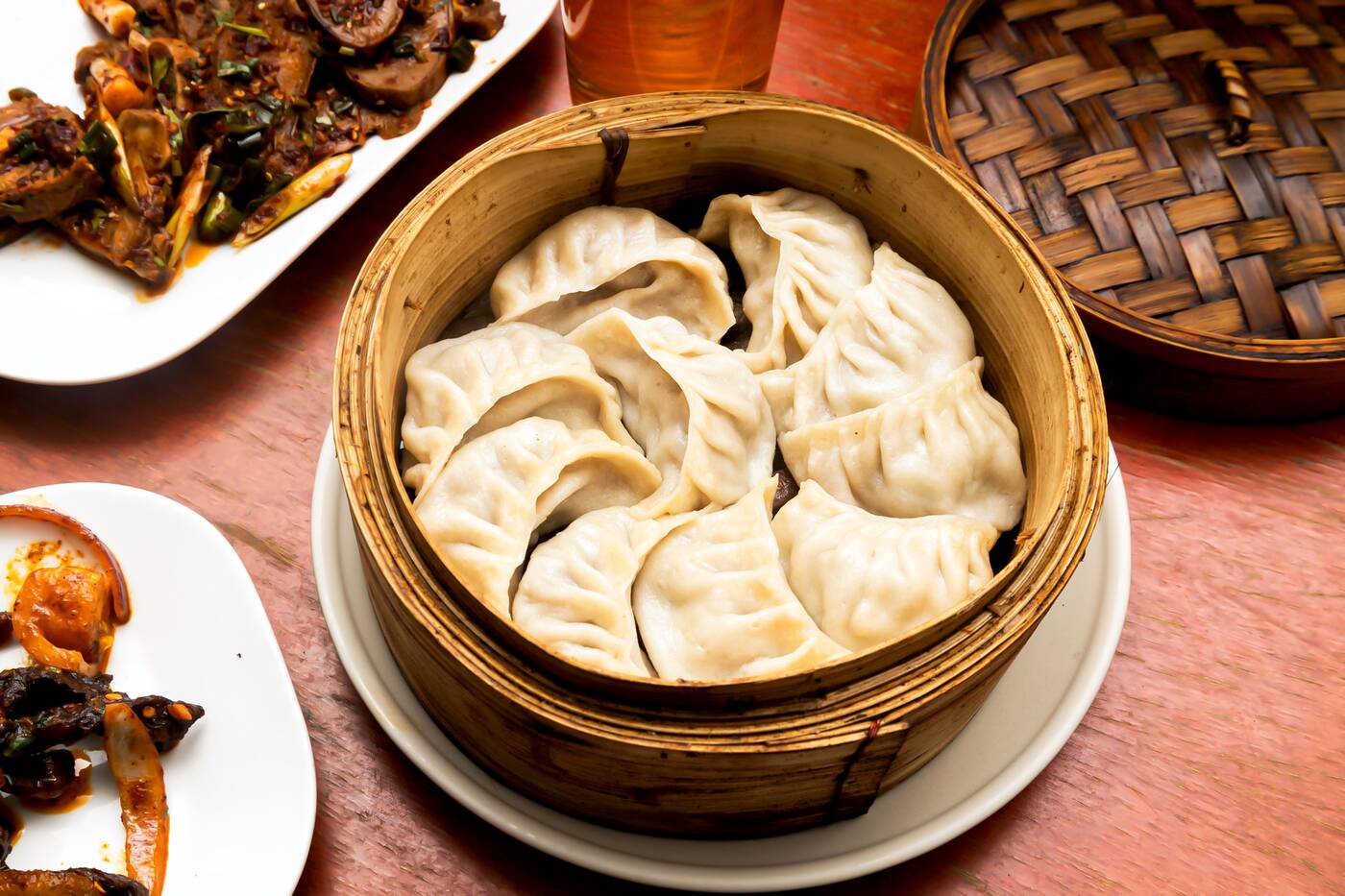 Cheley khatsa ($13.99), a dish consisting of beef tongue, special chilli oil and roasted peanuts, is what to order if you're looking for something with a bit of spice. 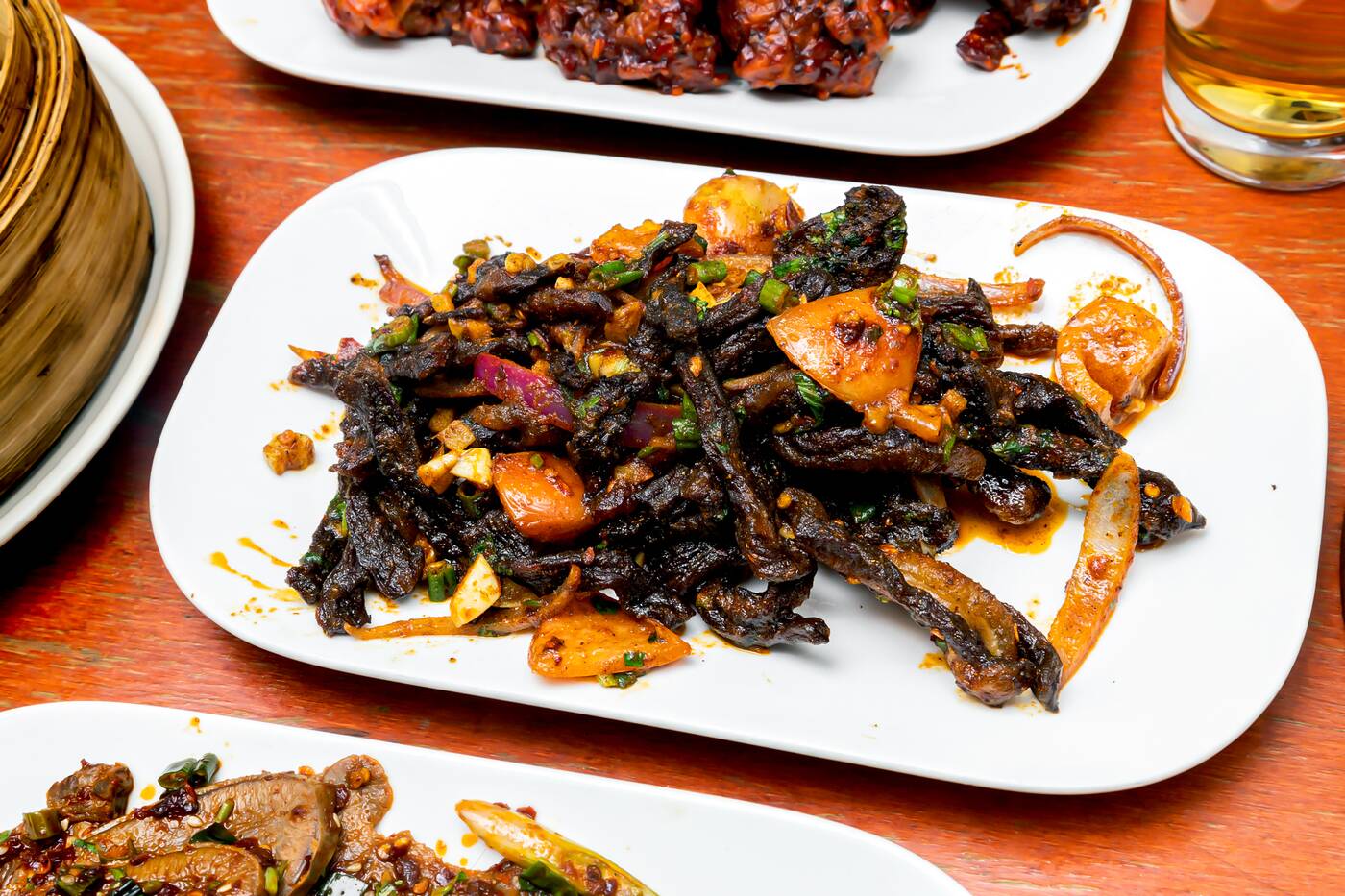 The Cheley khatsa at Shangrila.

As for drinks, Shangrila's after-hours menu consists of some beers on tap as well as three cocktails; a whisky sour, margarita and a cosmo. 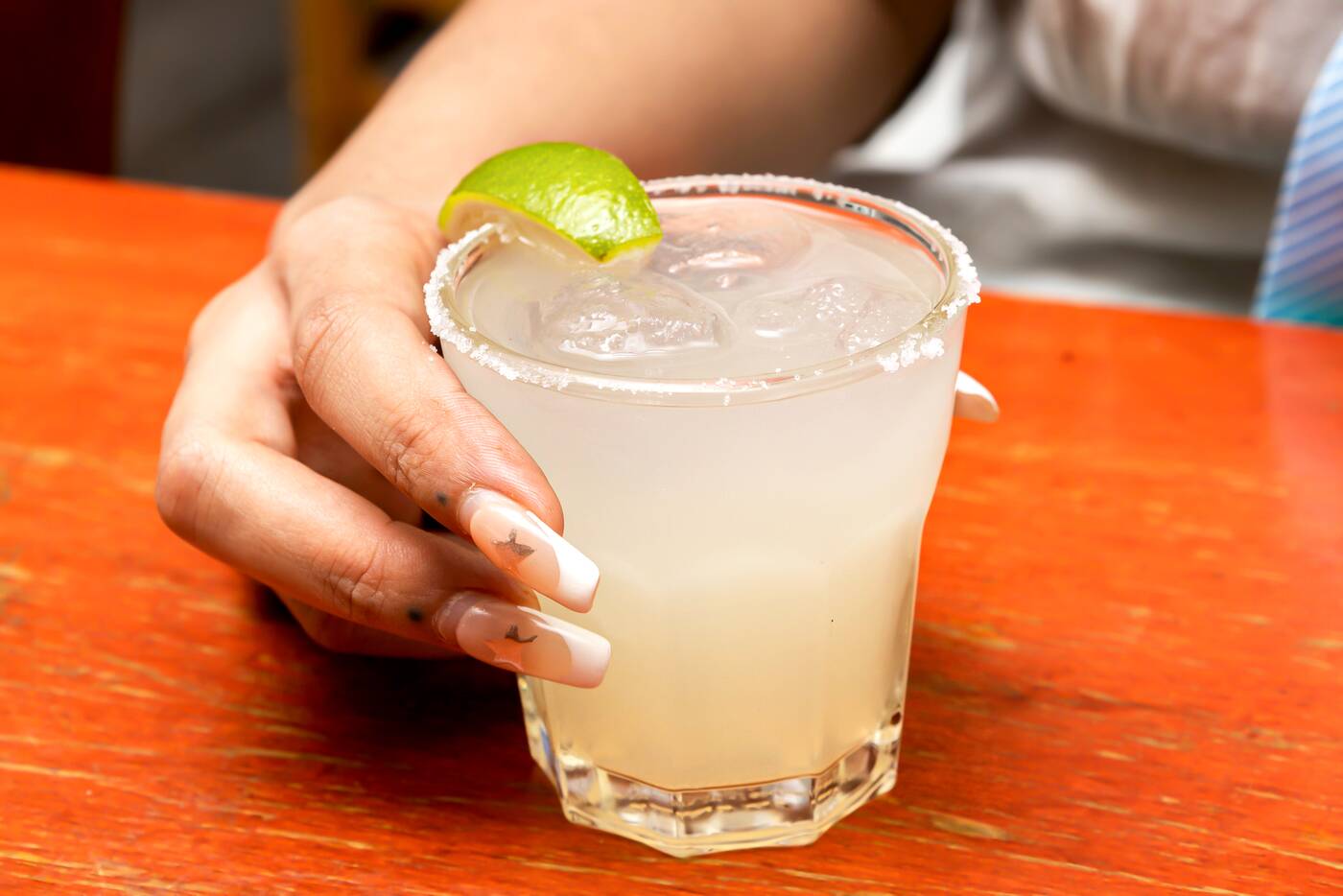 The margarita is one of three cocktails on the after hours menu.

Sticking to classic staples seems like a good decision here since the food is really the star of the show on the after hours menu. 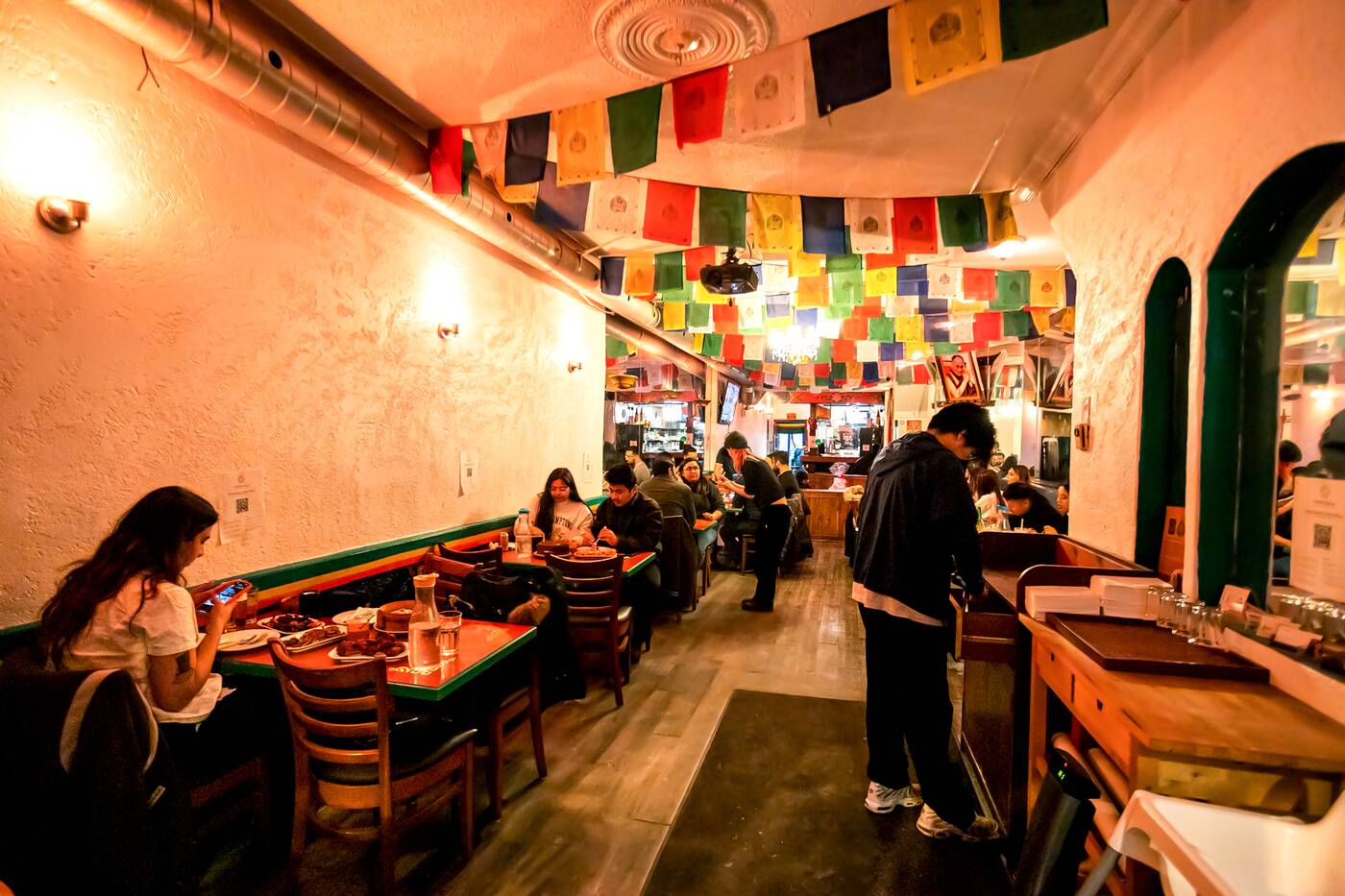 Shangrila will continue to host their after hours special for the forseable future. Rangdol said that over time, they plan on expanding the menu and be more experimental with dishes and drinks.