Toronto is crazy for food halls, and we're due to get a massive new one with 10 vendors at one of our most high-traffic malls.

Signs are now up for Queen's Cross Food Hall at the Eaton Centre, which are emblazoned with the logo for Oliver & Bonacini (Canoe, Rabbit Hole).

The sign also indicates the space will be designed by Solid Design Creative, responsible for the design at places like Baro and Maison Selby. 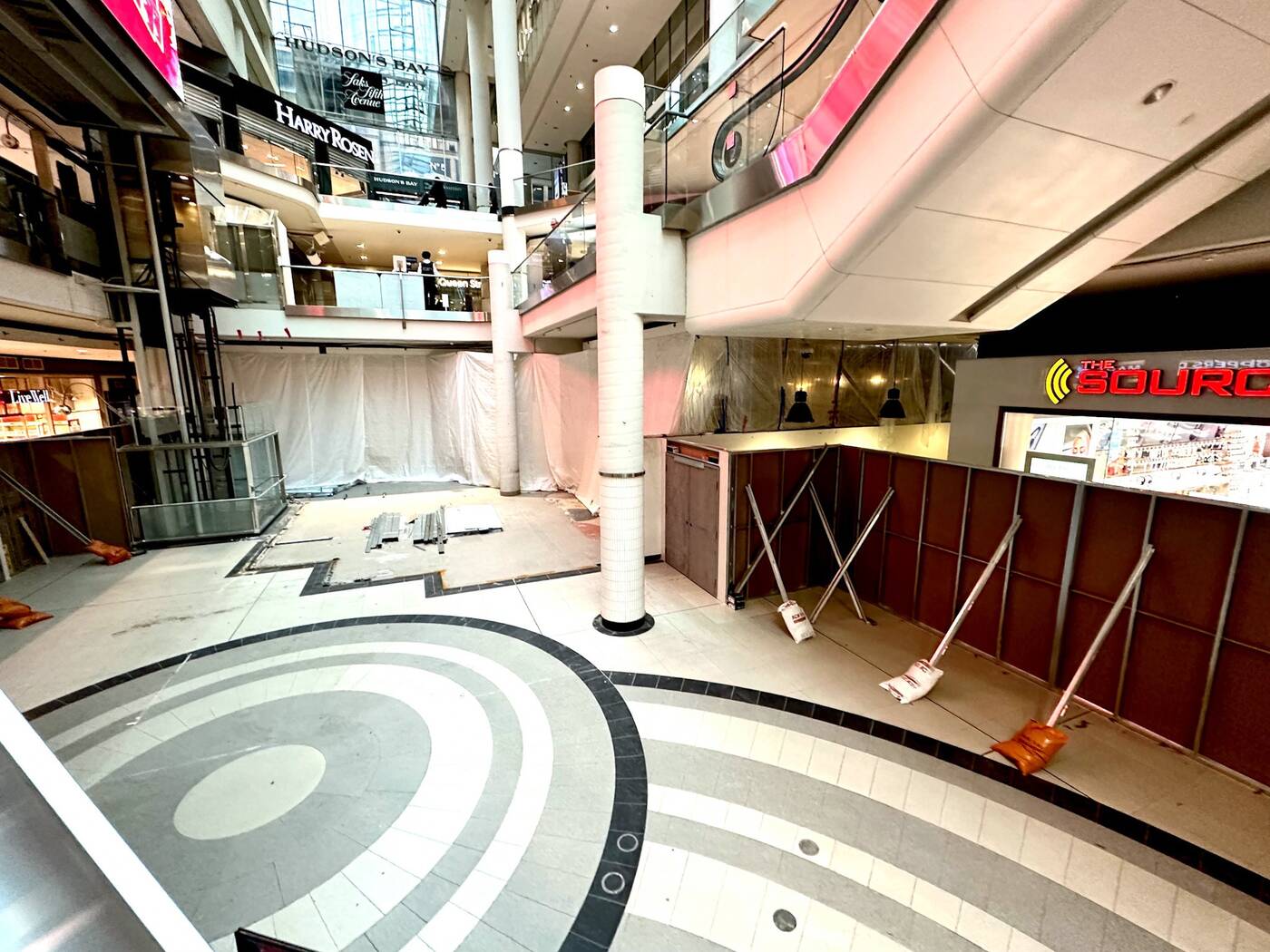 The ground floor space where Queen's Cross Food Hall is slated to open (right behind the curtains) close to the Queen subway station.

It's good news for anyone who's been missing Richtree Market on Level One of the mall, as this new food hall will be taking its place near the entrance to the Queen subway station.

Retail Insider also reports that Oliver & Bonacini is planning on opening another restaurant at Eaton Centre that should be called Constance Taverne.

The signage says the Queen's Cross Food Hall should be opening late summer 2023.