Some of the best latkes in Toronto can be found at a surprising place: a live music venue that's been making them for over 40 years.

Free Times Cafe has been a venue longer than it's been serving latkes, but it was always a restaurant and has now become equally renowned for its Jewish food and entertainment, having hosted thousands of events and many famous Sunday brunches. 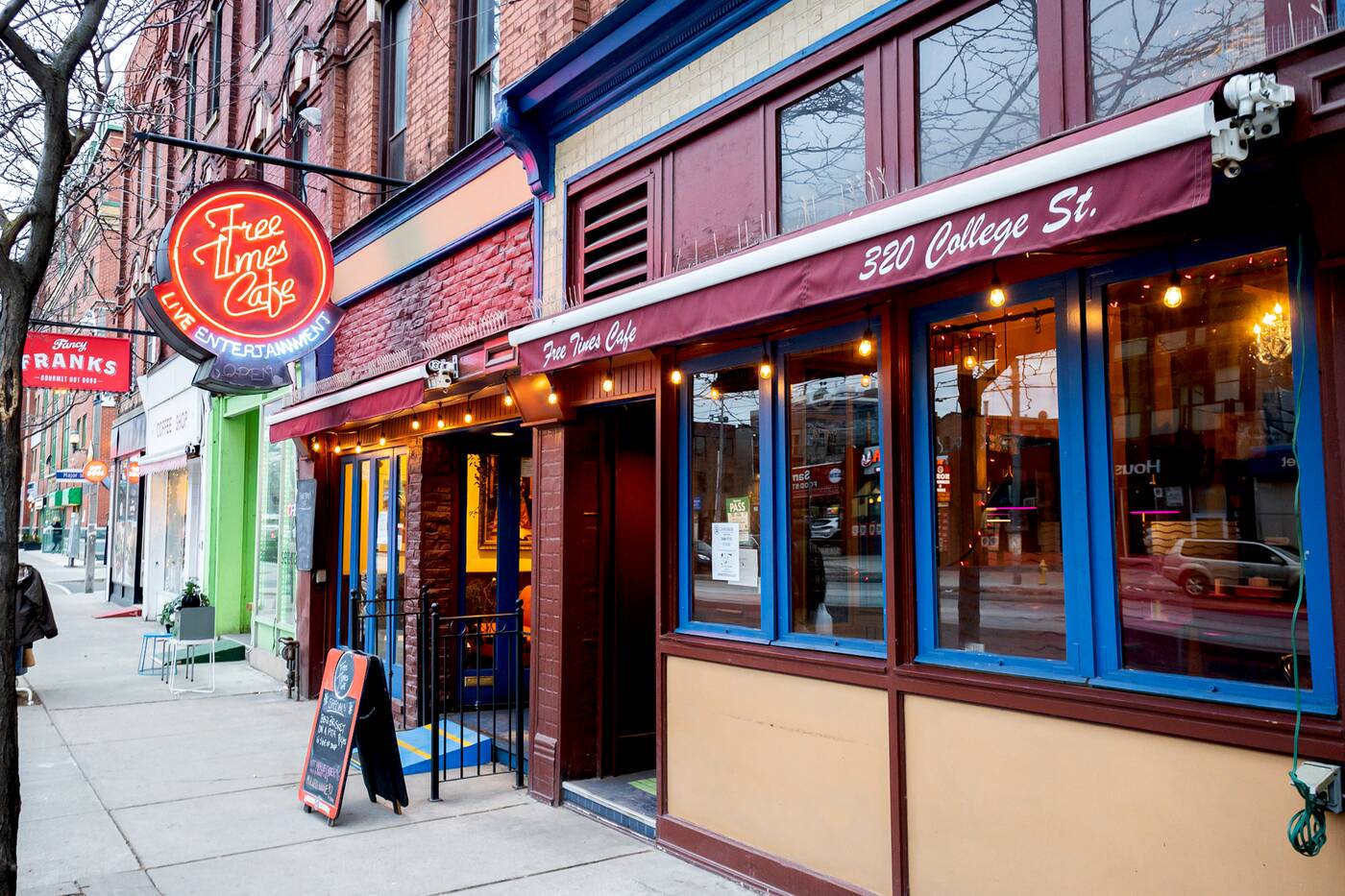 Judy Perly opened the restaurant around 1980 with some money from her dad. At the time, she was hoping to use the funds to buy, renovate and sell a house, before a friend advised her to open a restaurant since she had a catering business and knew more about food. 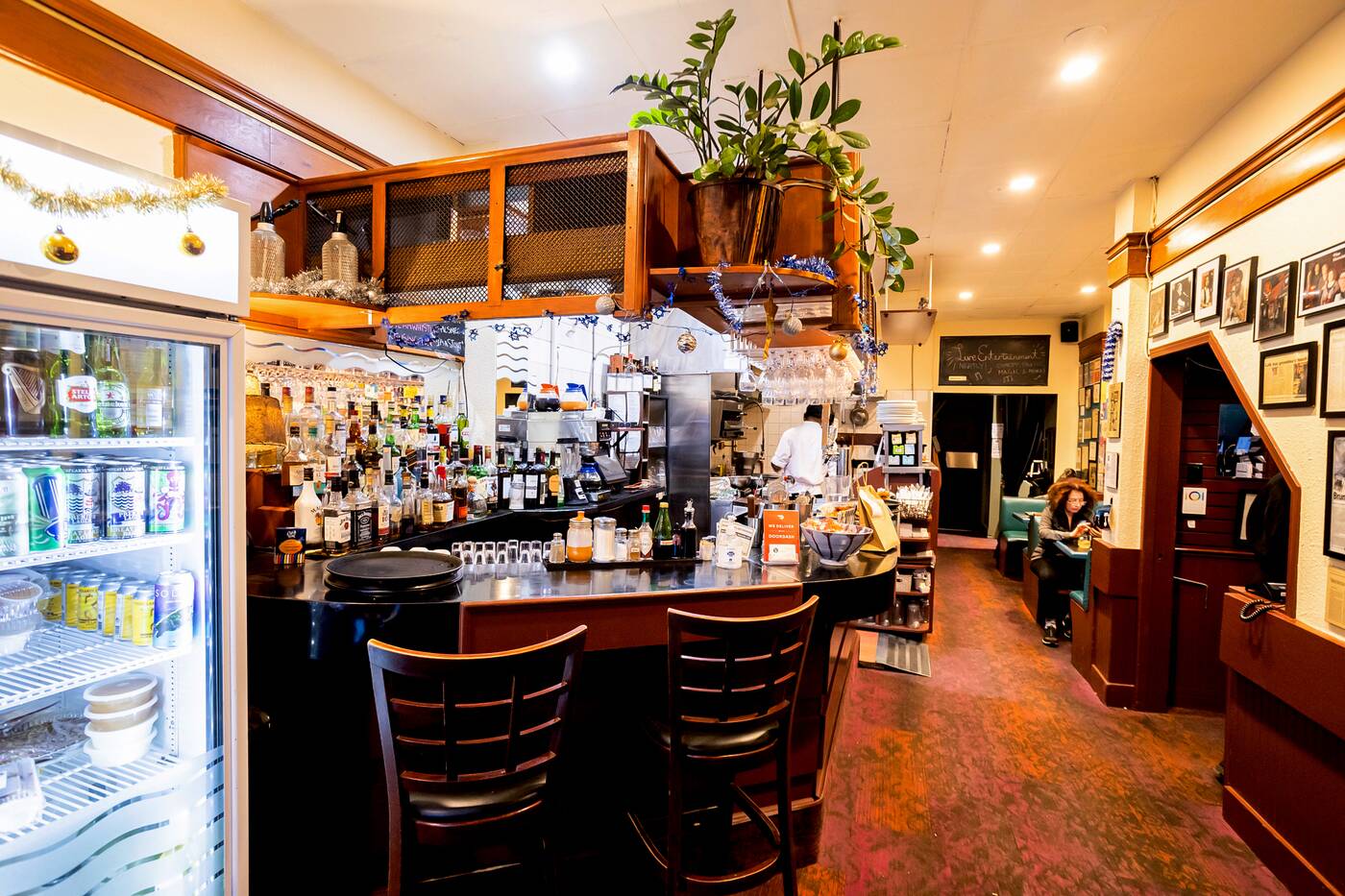 Free Times was initially opened by other people who had called it Free Parking, but when they needed to get a liquor license the name had to be approved. However, they didn't actually offer any free parking. So, the name changed, and the space became Free Times as we know it. 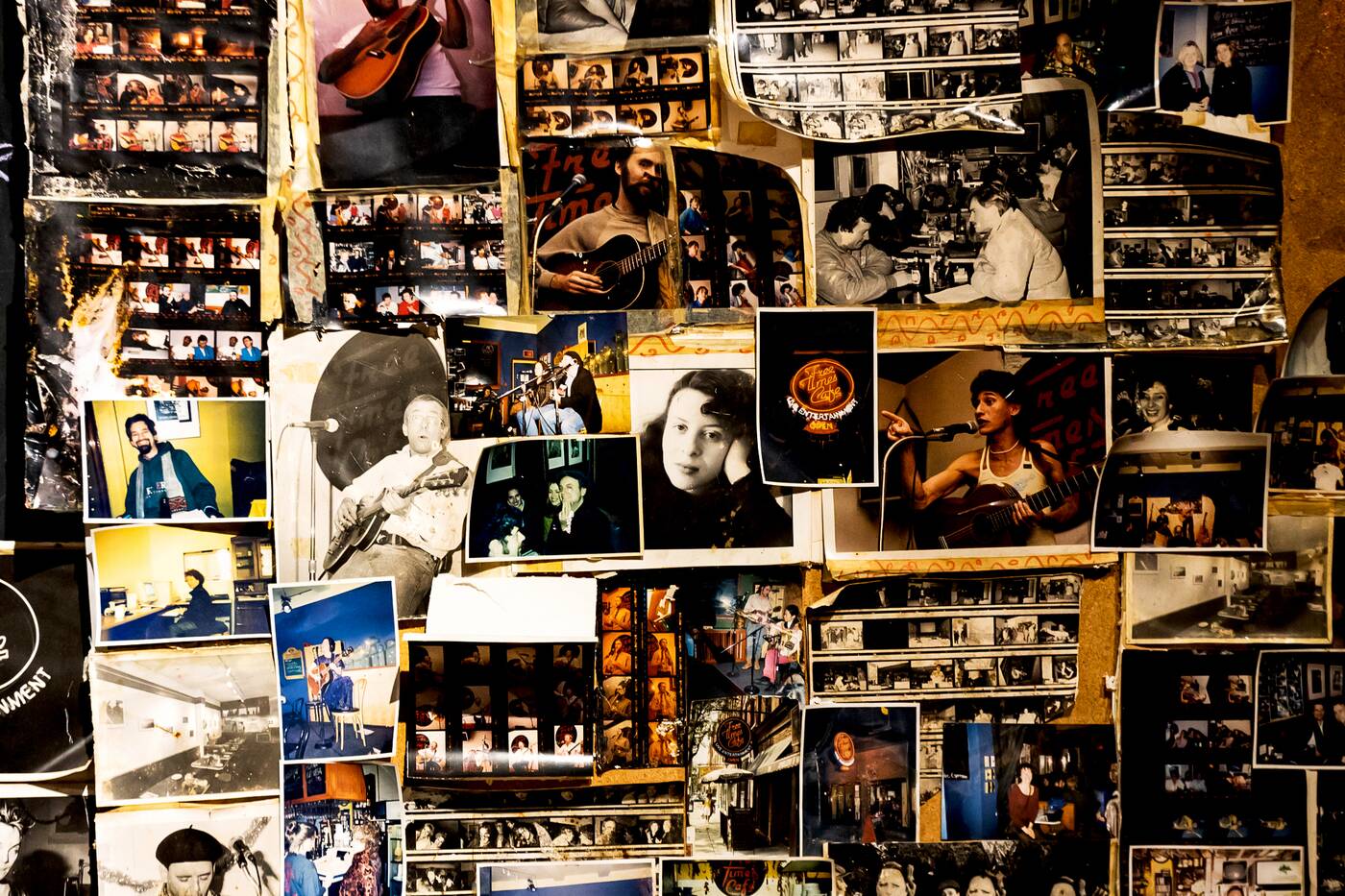 Perly shares that the restaurant always had a back area where musicians have asked to play. This started in the first years of Free Times' opening and featured performers like her boyfriend's jazz-studying nephew. 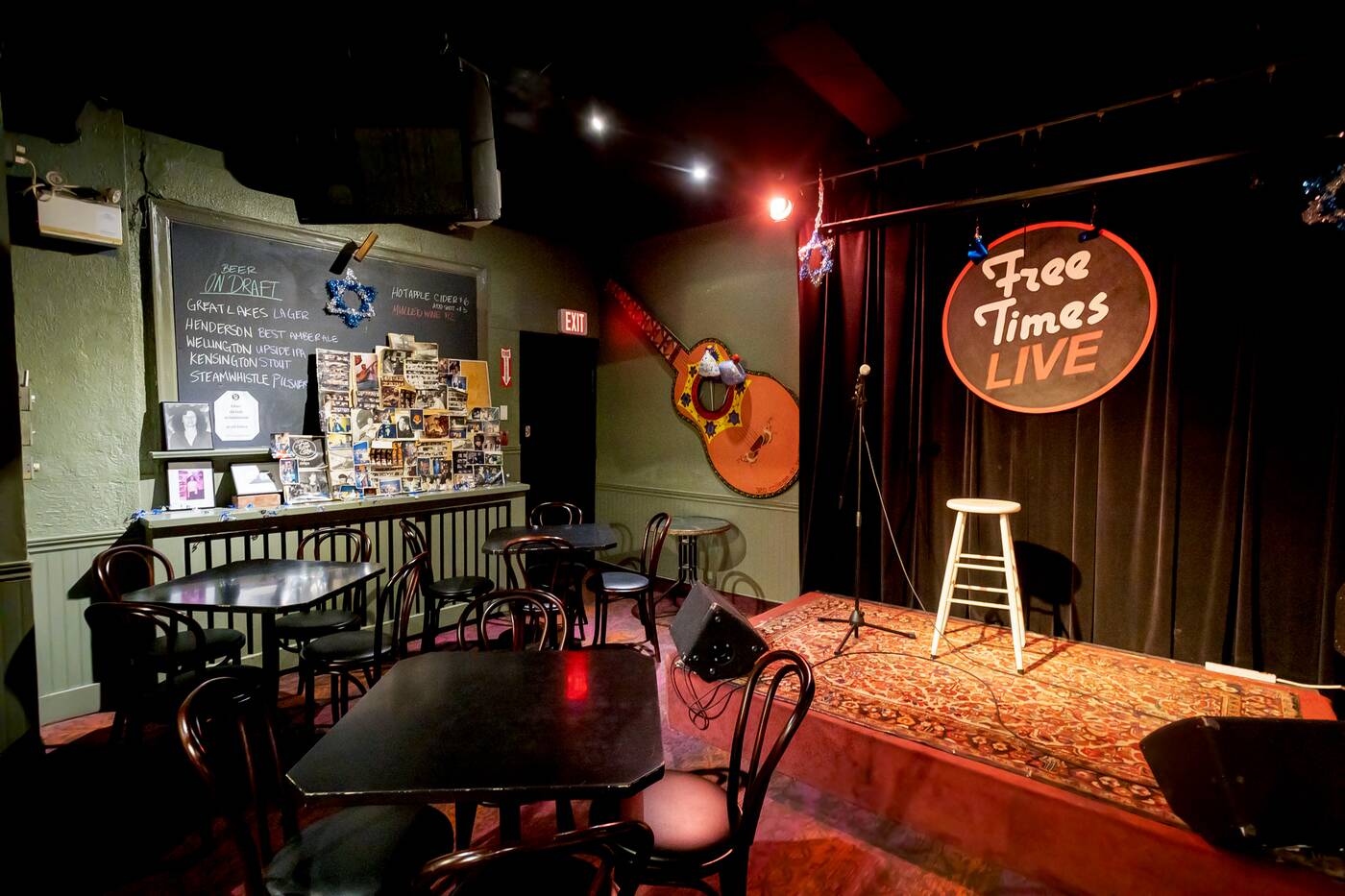 "Everybody started here," says Perly. "Every musician in Toronto." 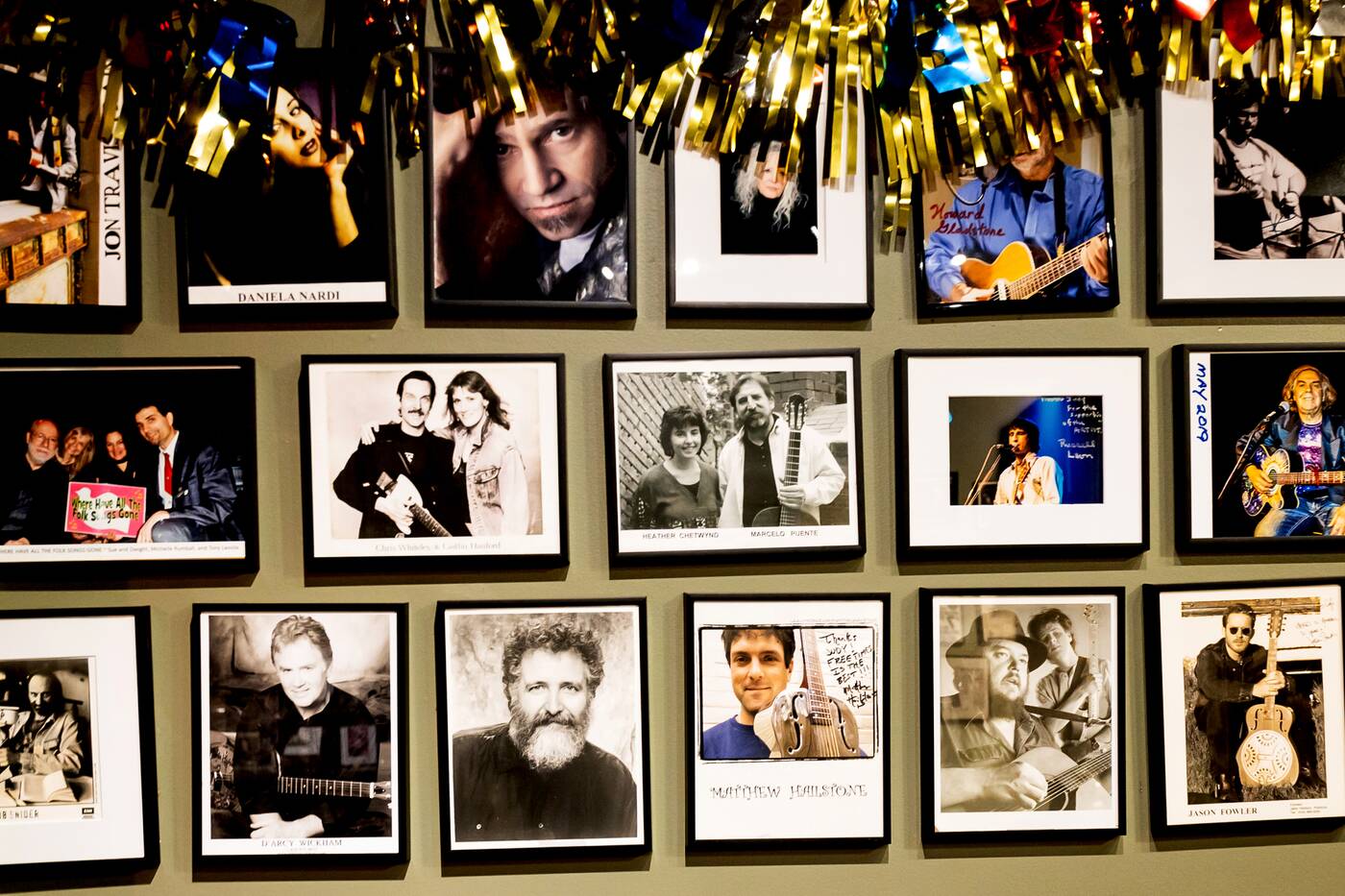 Over the years the space has been graced by Ron Sexsmith, Sarah Slean, Emm Gryner, Noah Zacharin, Willie P. Bennett, Norm Hacking, and even Bob Dylan in 1988 although he didn't play. However, Perly says it's really the thousands of other shows that make Free Times special. 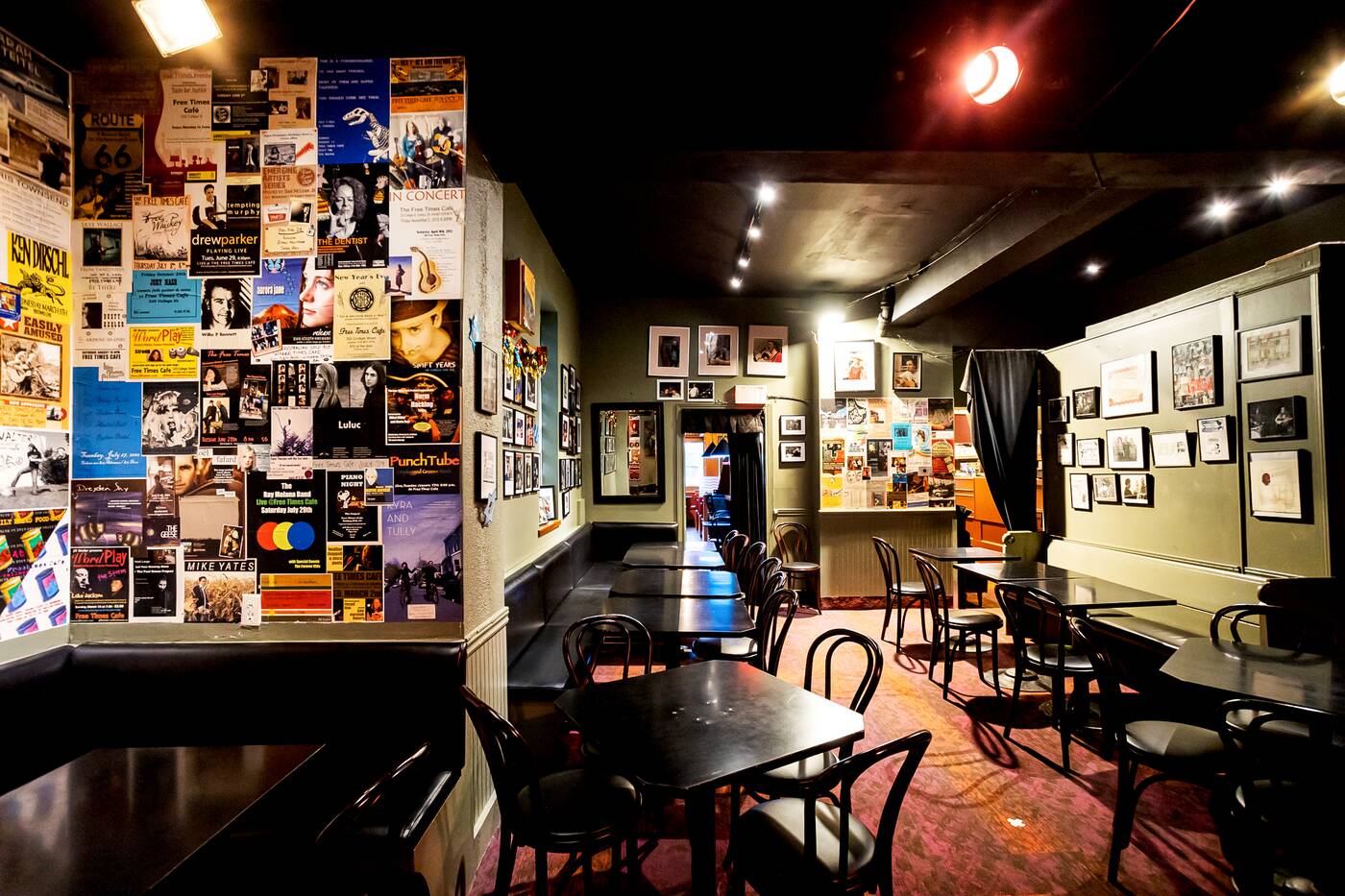 Perly shares that back in 1980 Free Times was one of few spaces of the kind as there were "few restaurants, few coffee shops and no Starbucks." One of the only comparable places around at the time was Queen Mother, which Perly lived near. 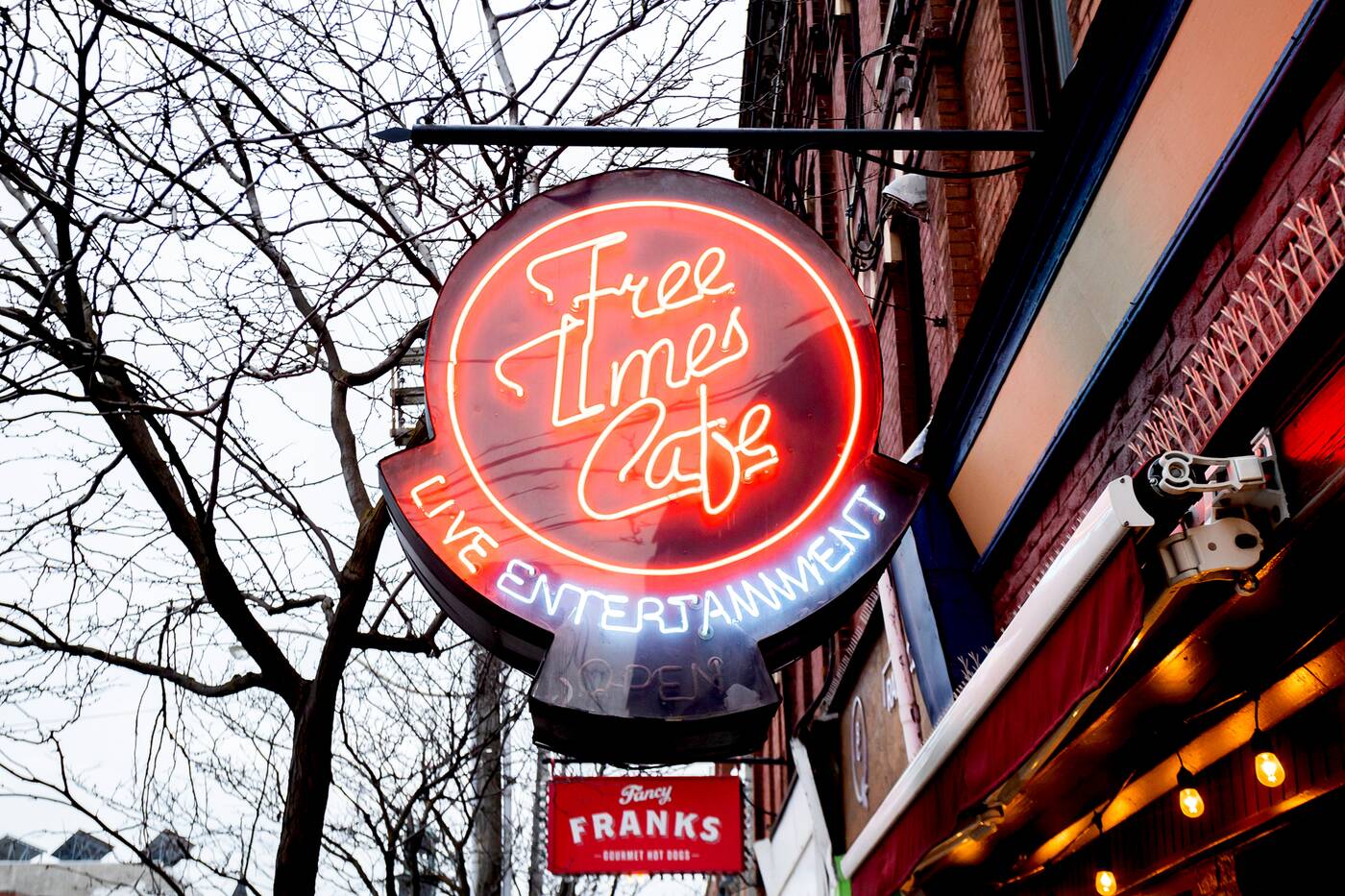 By 1995, however, Perly's mother, Bella, had passed away and Perly had moved into her parents' second home, an Eglinton apartment. 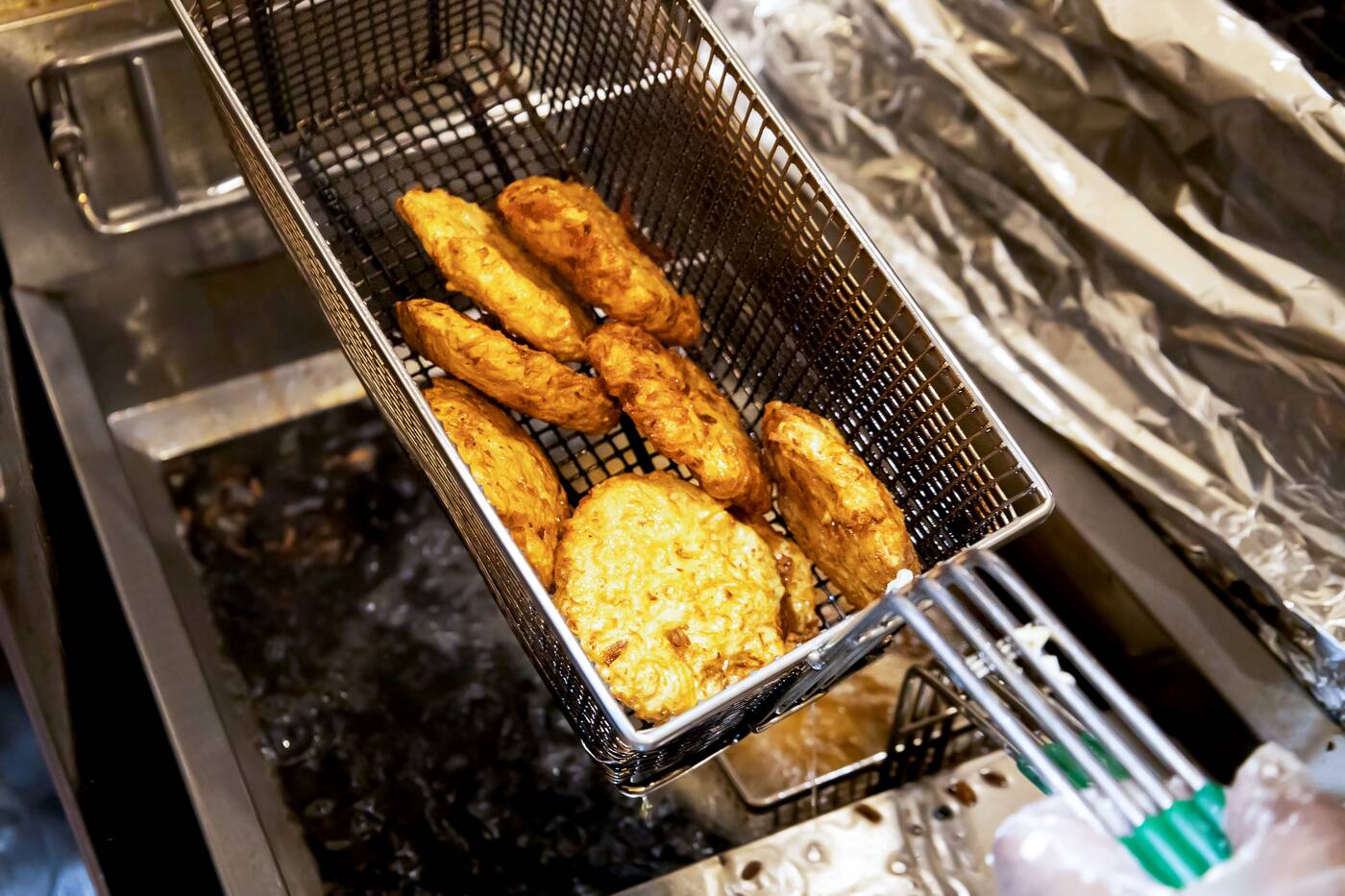 "I was 45 years old, I never had any children and I'd see Jewish women buying bagels and cakes," says Perly. 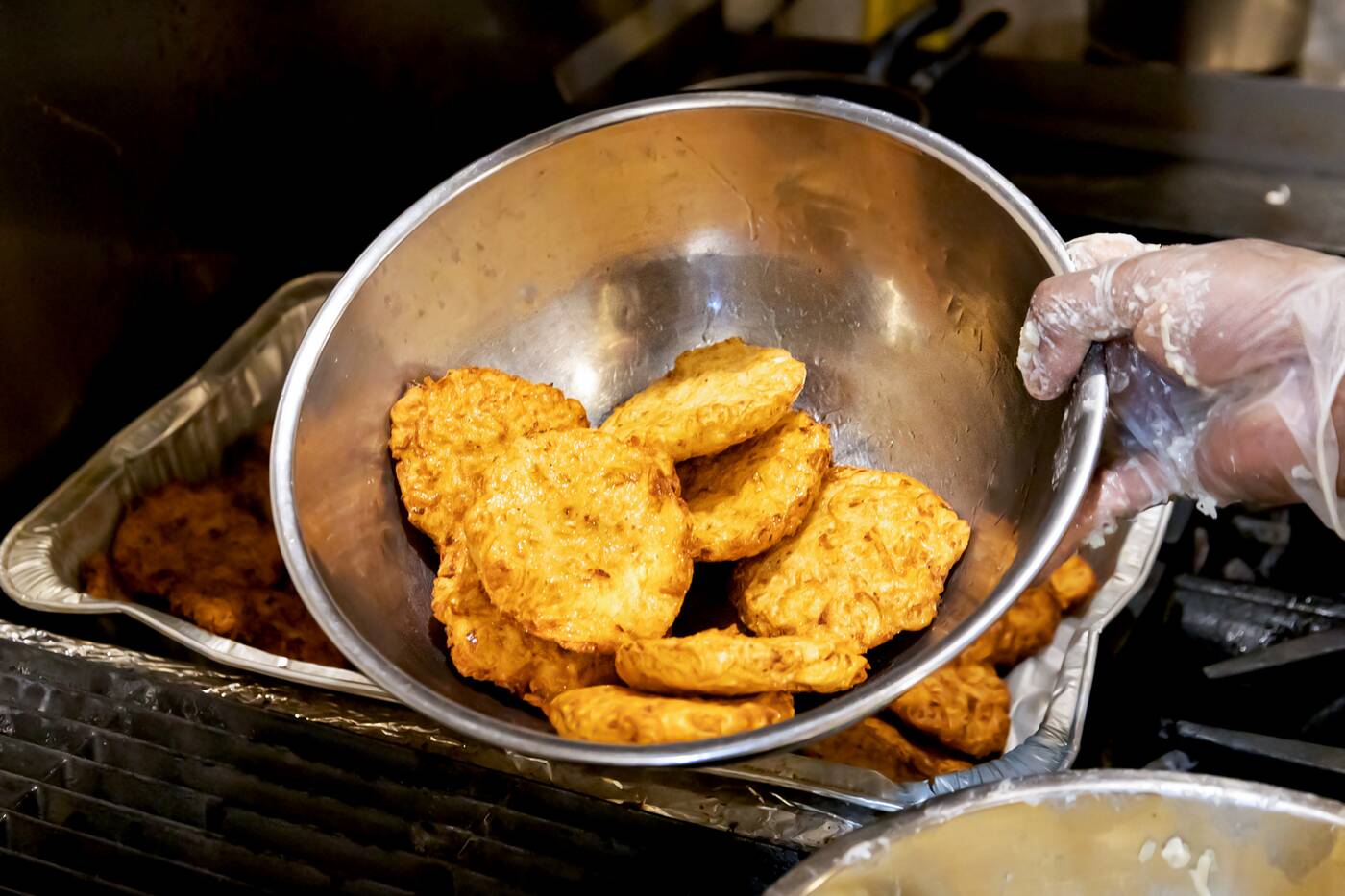 That was when it hit her that as a Jewish woman, she didn't serve any Jewish food at her restaurant. The menu mainly featured fare such as falafel, hummus, quiches and the like, so she started brainstorming to consider what Jewish customers might want. 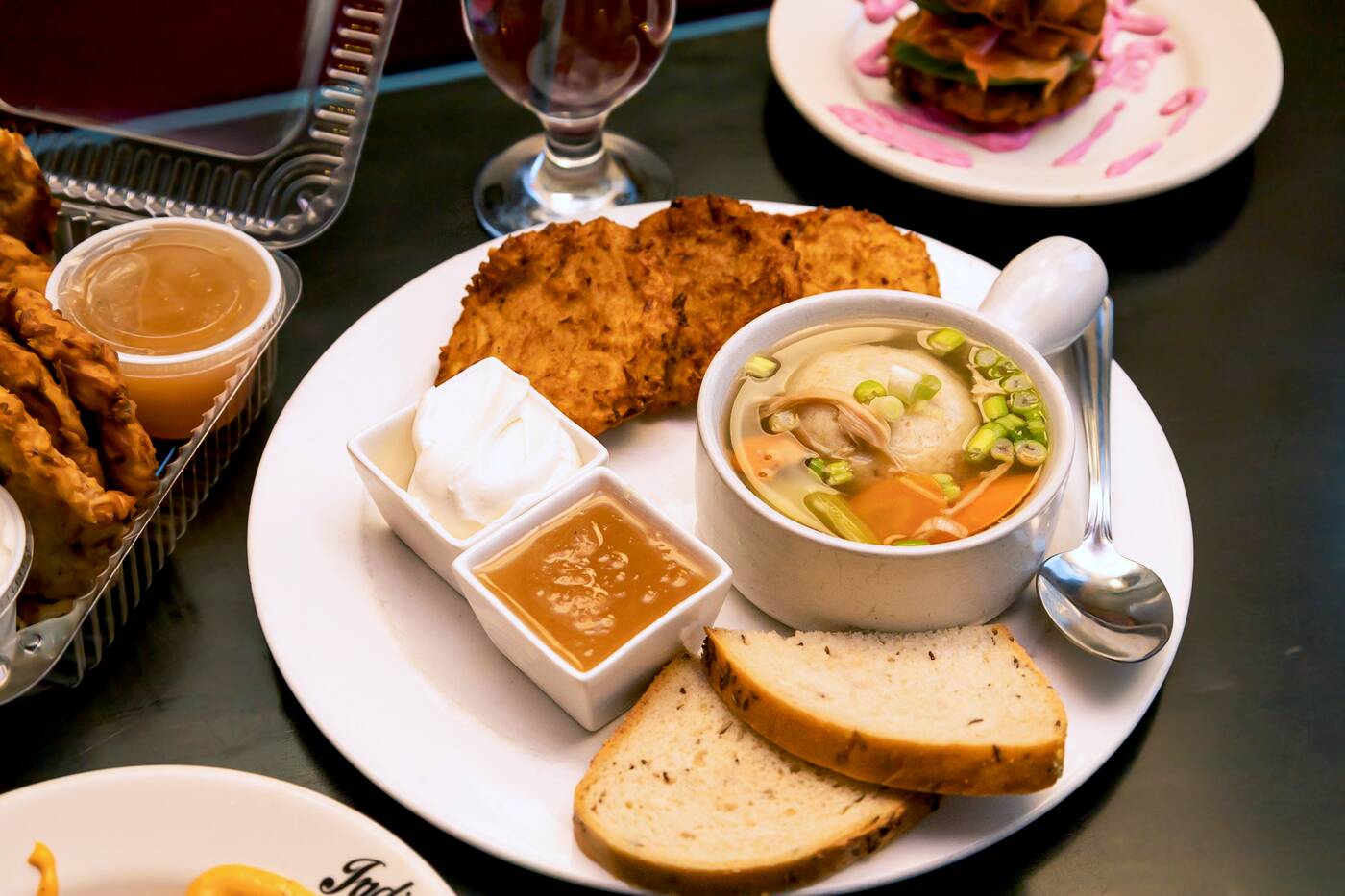 "They want food on the table before they get there. They want to make reservations so they can change them. And they're picky eaters," Perly jokes matter-of-factly. 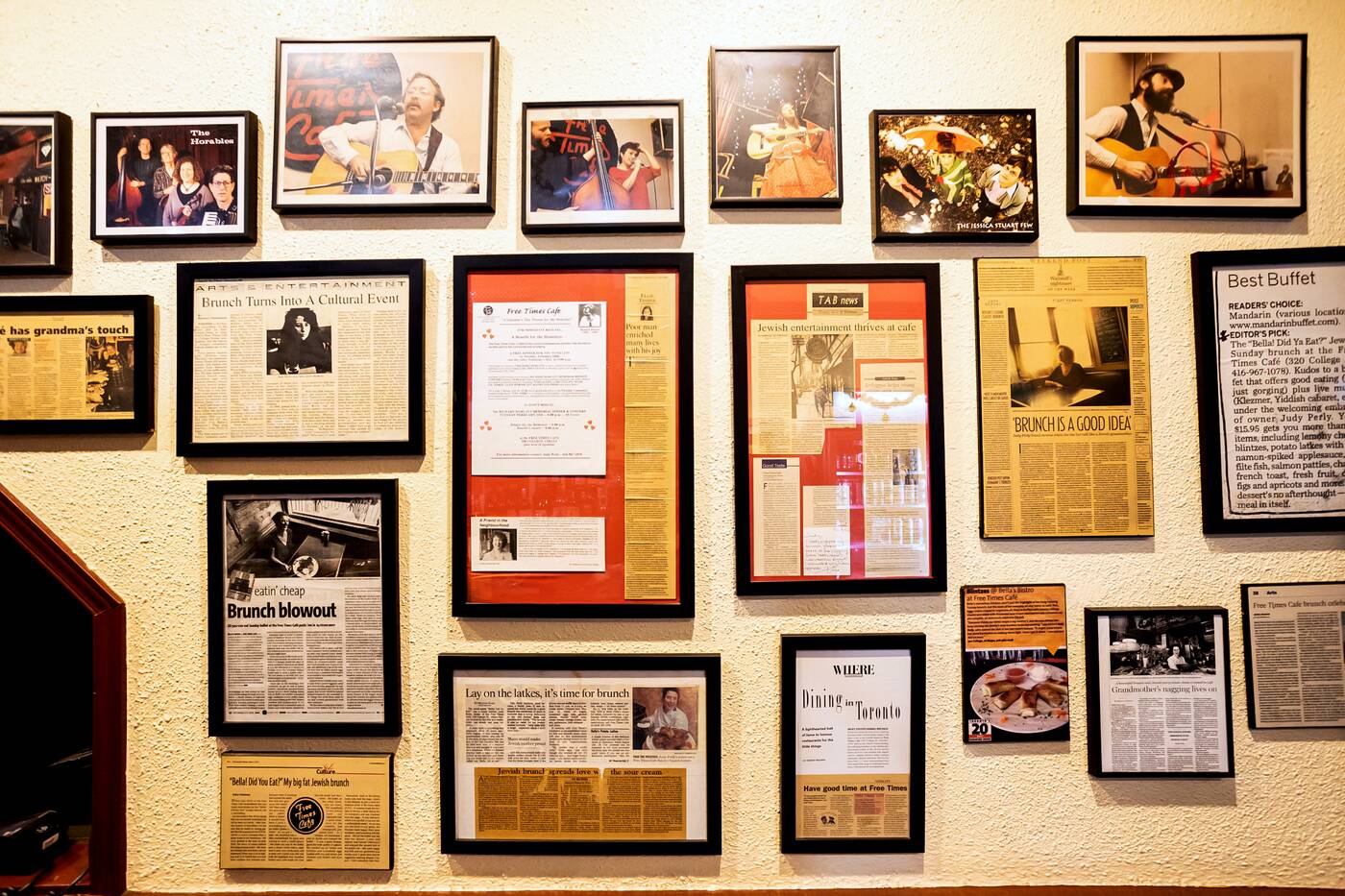 That was when she came up with her Bella! Did Ya Eat? all-you-can-eat Sunday brunch buffet concept, which she thought felt "over the top and authentic." 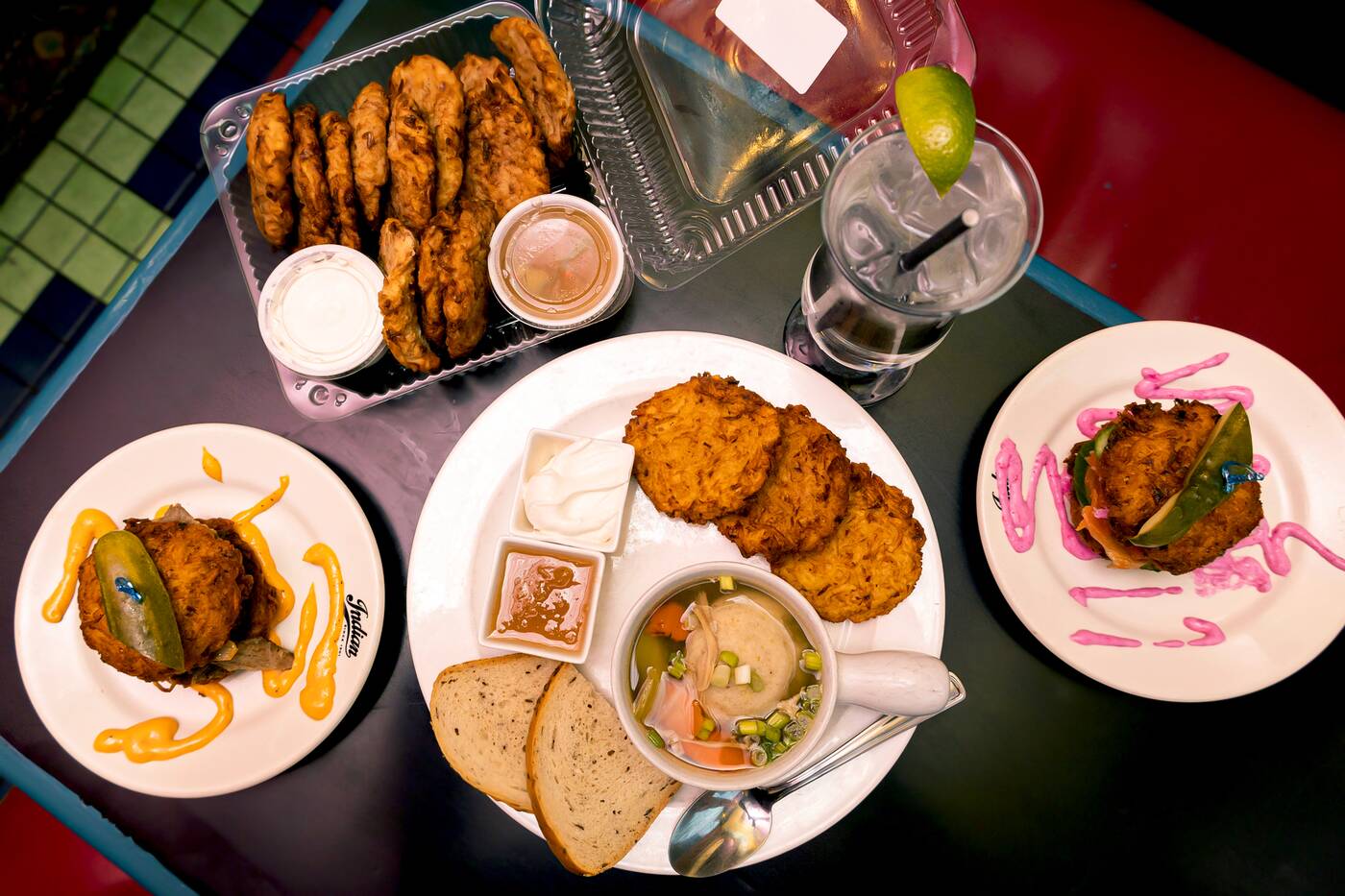 She began serving all of her mother's and grandmother's dishes although she hesitated to put them on the regular menu. The AYCE buffet now serves latkes with sour cream and apple sauce, blintzes, lox, challah French toast, bagels, gefilte fish and marinated salads for $35.95 a person. 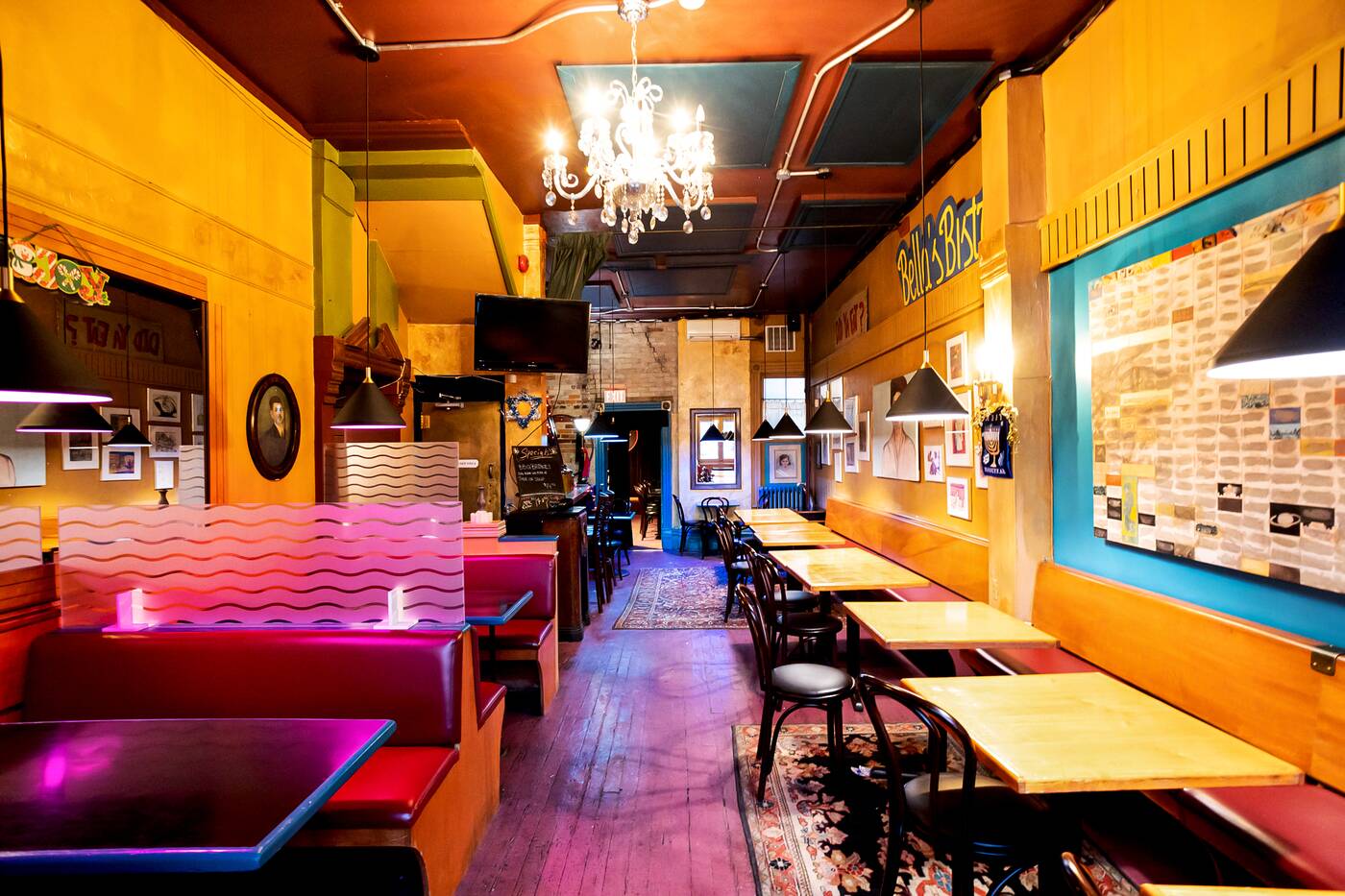 Introducing brunch was so successful that 23 years ago Perly took over a computer store next door and turned it into Bella's Bistro. It was a move Perly says almost bankrupted her. 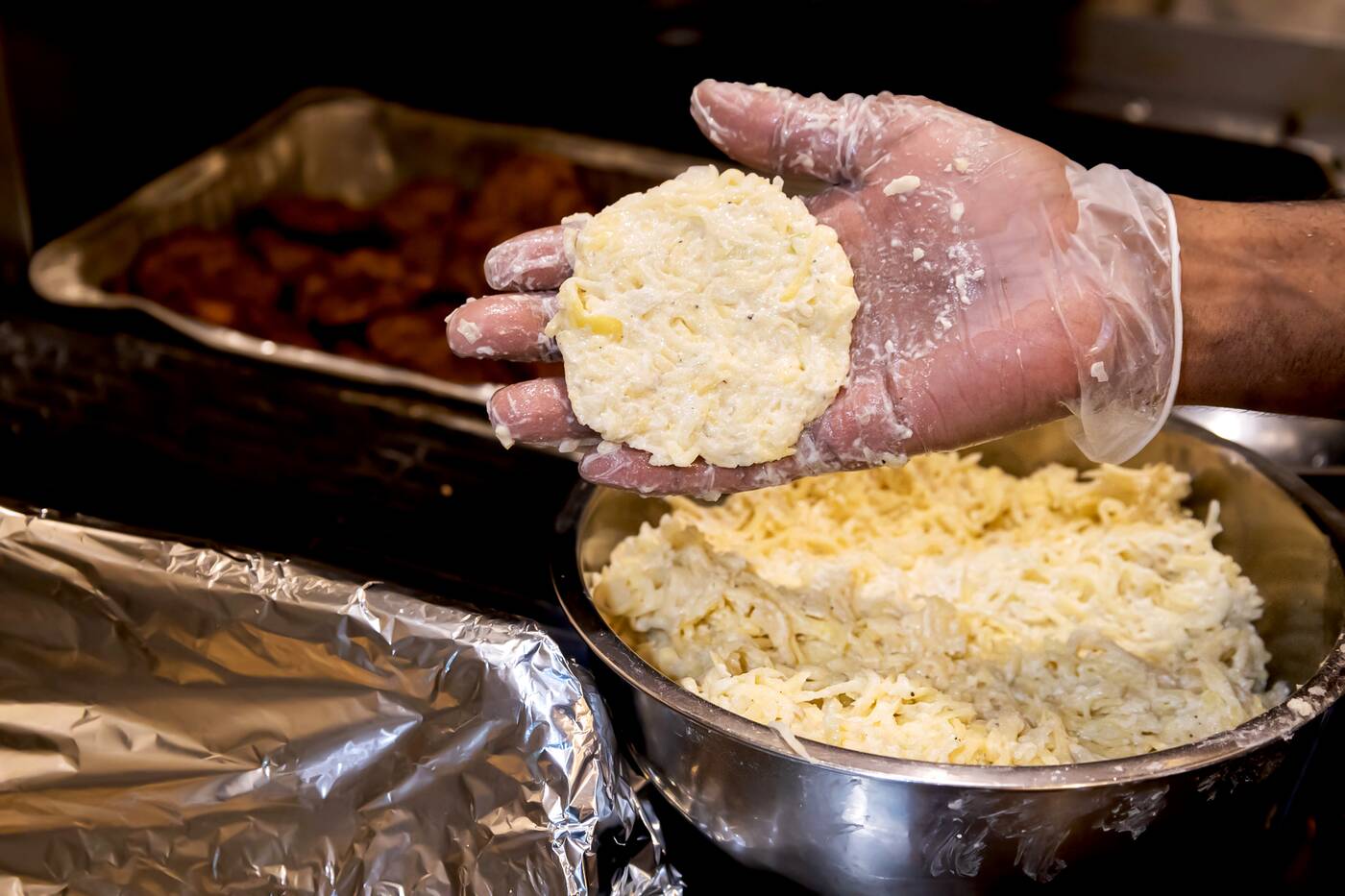 Perly says the latkes are especially good because she's stuck to the way her ancestors made them down to using her mother's original hand grater until it fell apart. 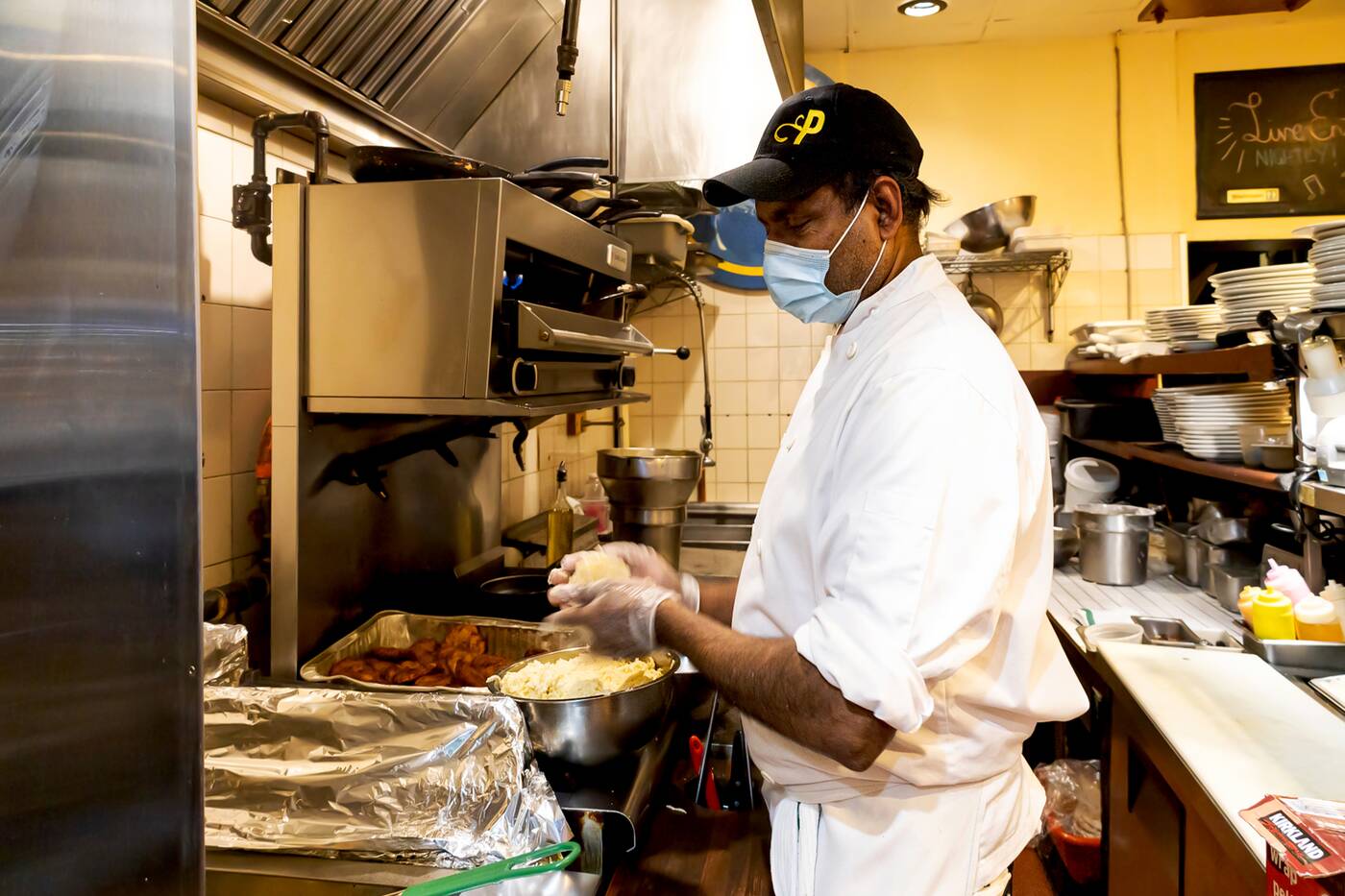 They use a Cuisinart now, but the same chef has still been responsible for the latkes at Free Times for 25 years. 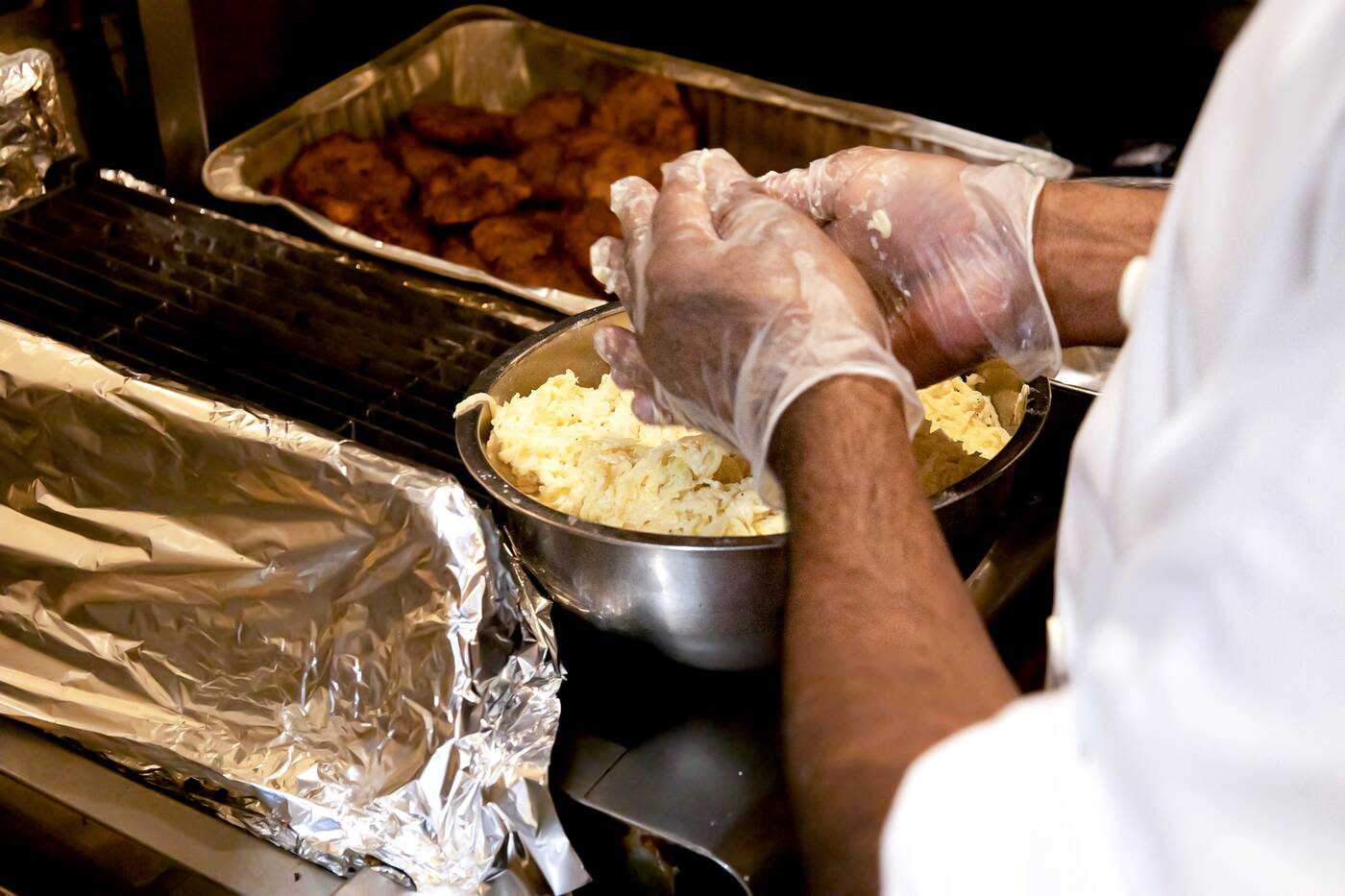 They don't take shortcuts and make them just the way her mother used to: Grating the potatoes, pureeing the onions and making each one by hand. 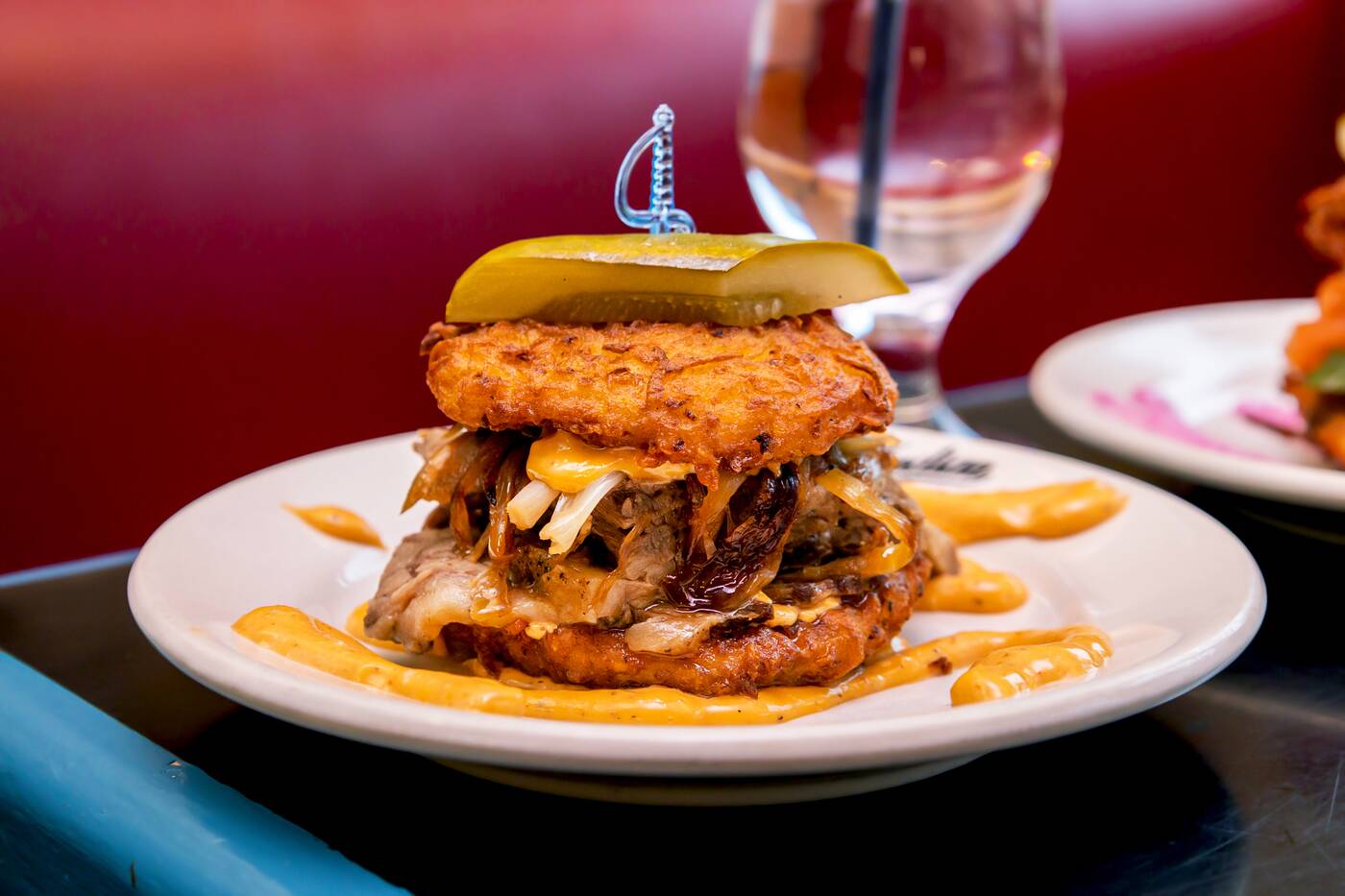 More modern creations include a brisket and smoked salmon "latke sliders" on the menu. 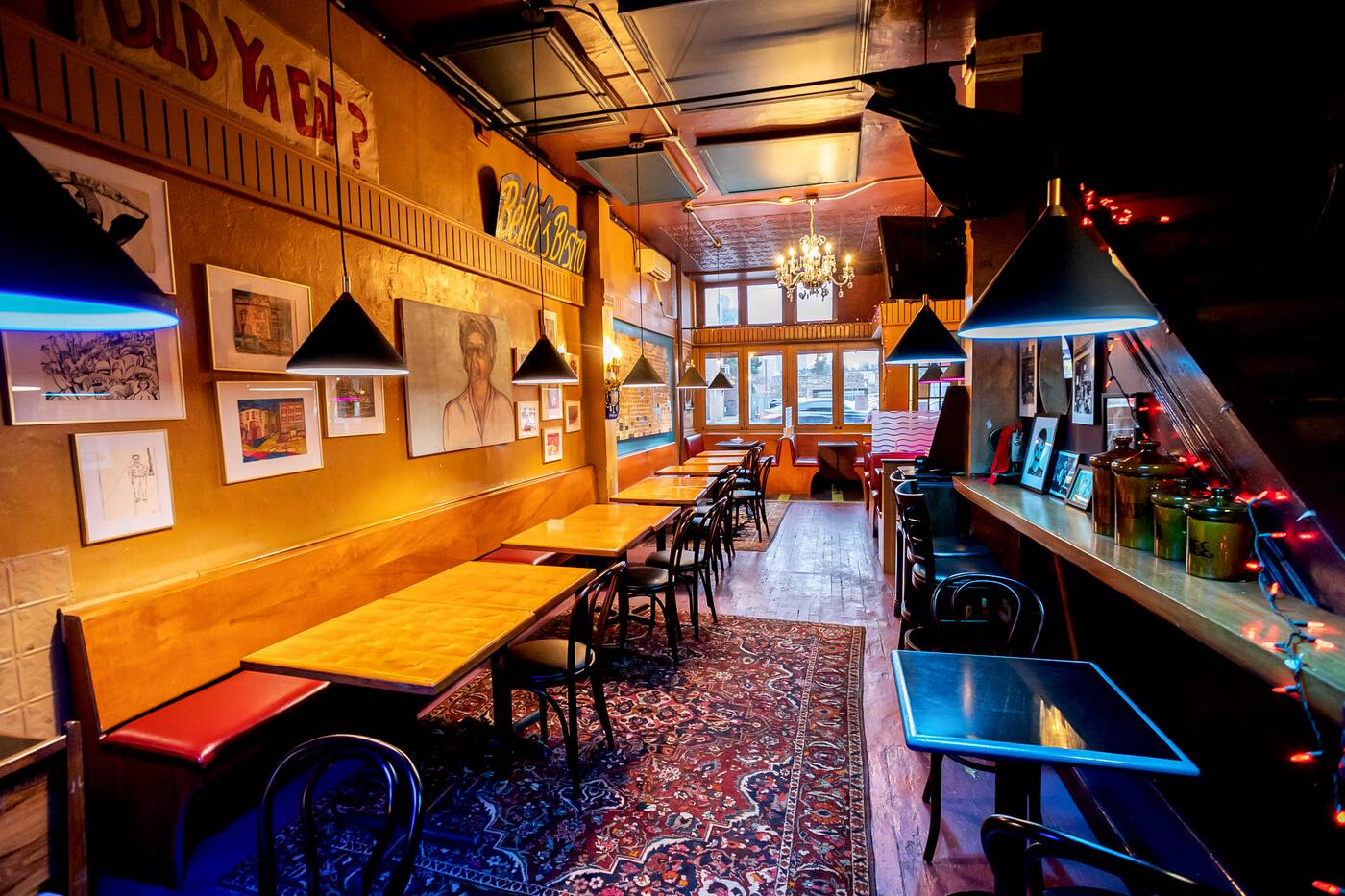 Perly has a balanced perspective on lockdowns compared to many restaurant owners, saying it was "kinda nice to have a break." 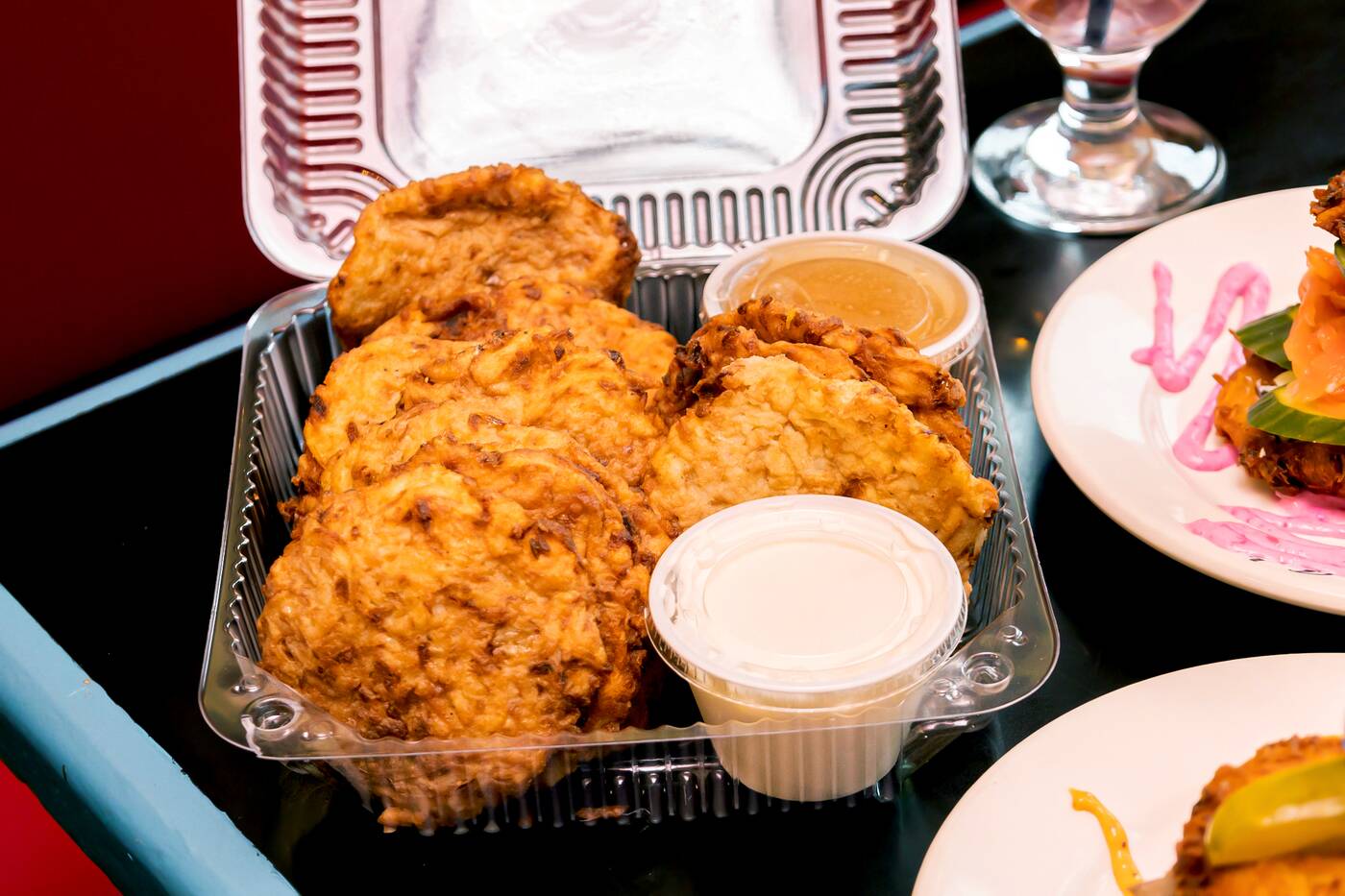 Takeout was very popular with her Jewish customers, with hundreds of food orders for each holiday. They tried doing some online concerts but found patio concerts worked much better once they were able to introduce that. 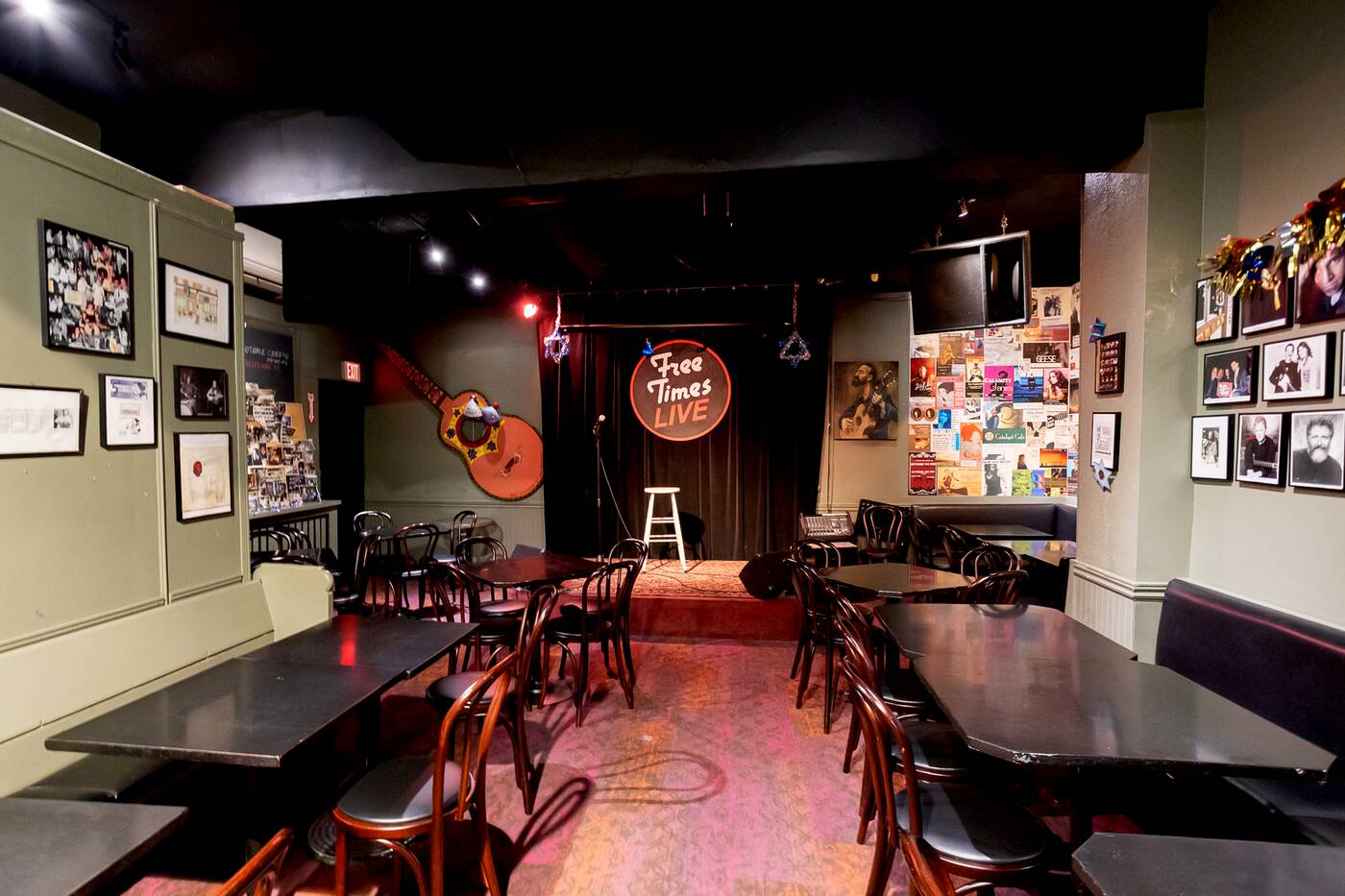 As for how Free Times and the surrounding neighbourhood has changed over the years, Perly shares that [they were] "the only storefront that's still here" and remembers when her rent was $700. 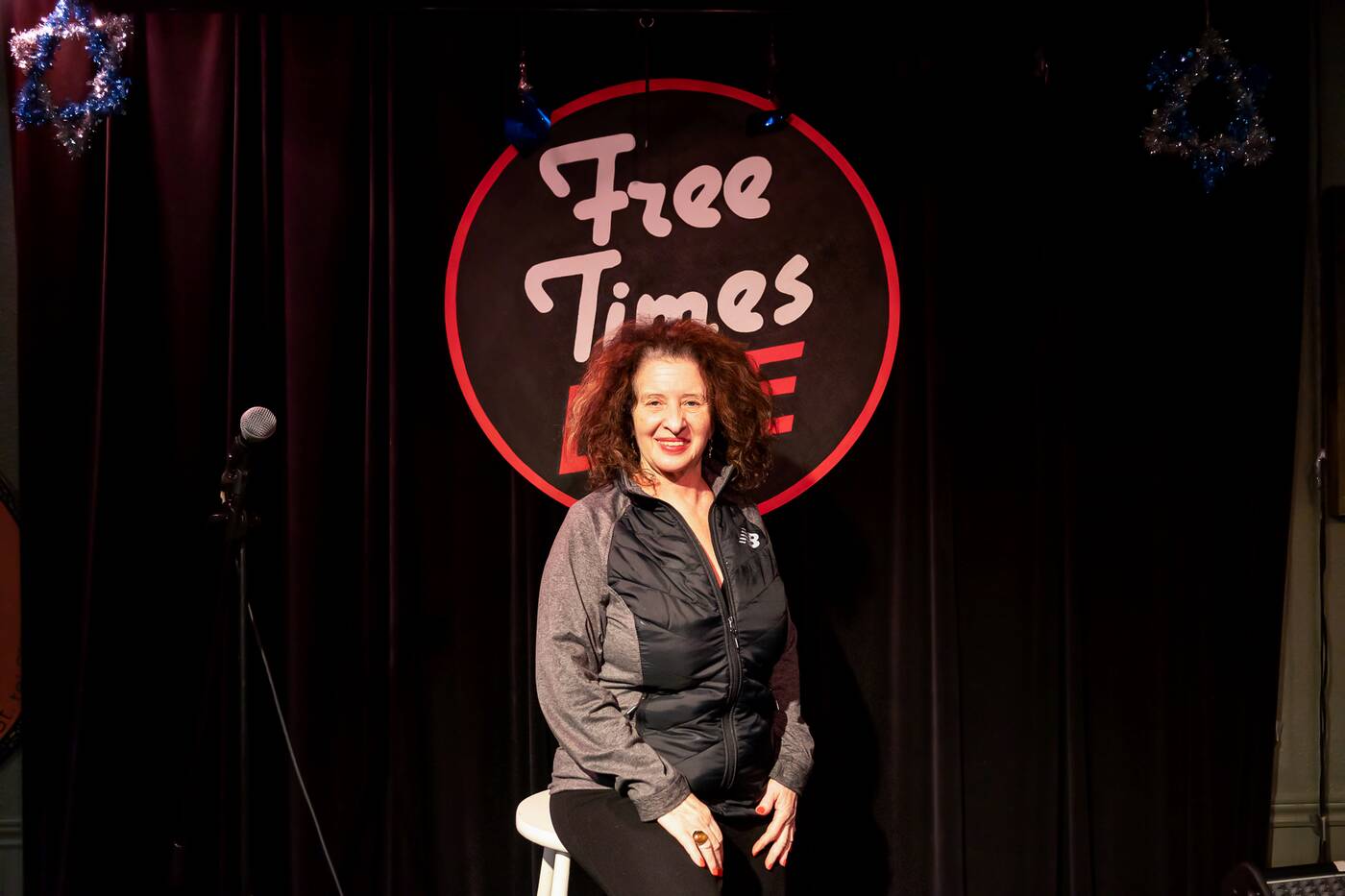 "I kissed a 100-year-old on Sunday and a six-year-old asked to marry me. I do it for the community. My whole life is about Free Times."