A Chinese restaurant in Toronto was flagged by health inspectors this week after racking up multiple infractions.

Chopstick House, located at 1780 Markham Road, is known for offering an extensive list of all your classic Chinese cuisine staples, such as chow mein and fried rice.

The restaurant received a conditional pass notice on Jan. 18 after inspectors found seven infractions, four of them significant, two of them minor, and one classified as "other."

Some of the significant infractions included failing "to ensure equipment surface cleaned as necessary," and failing to "retain records of pest control measures taken for one year."

The two minor infractions involved conditions in the food-handling room as well as failing to "ensure equipment surface sanitized as necessary." 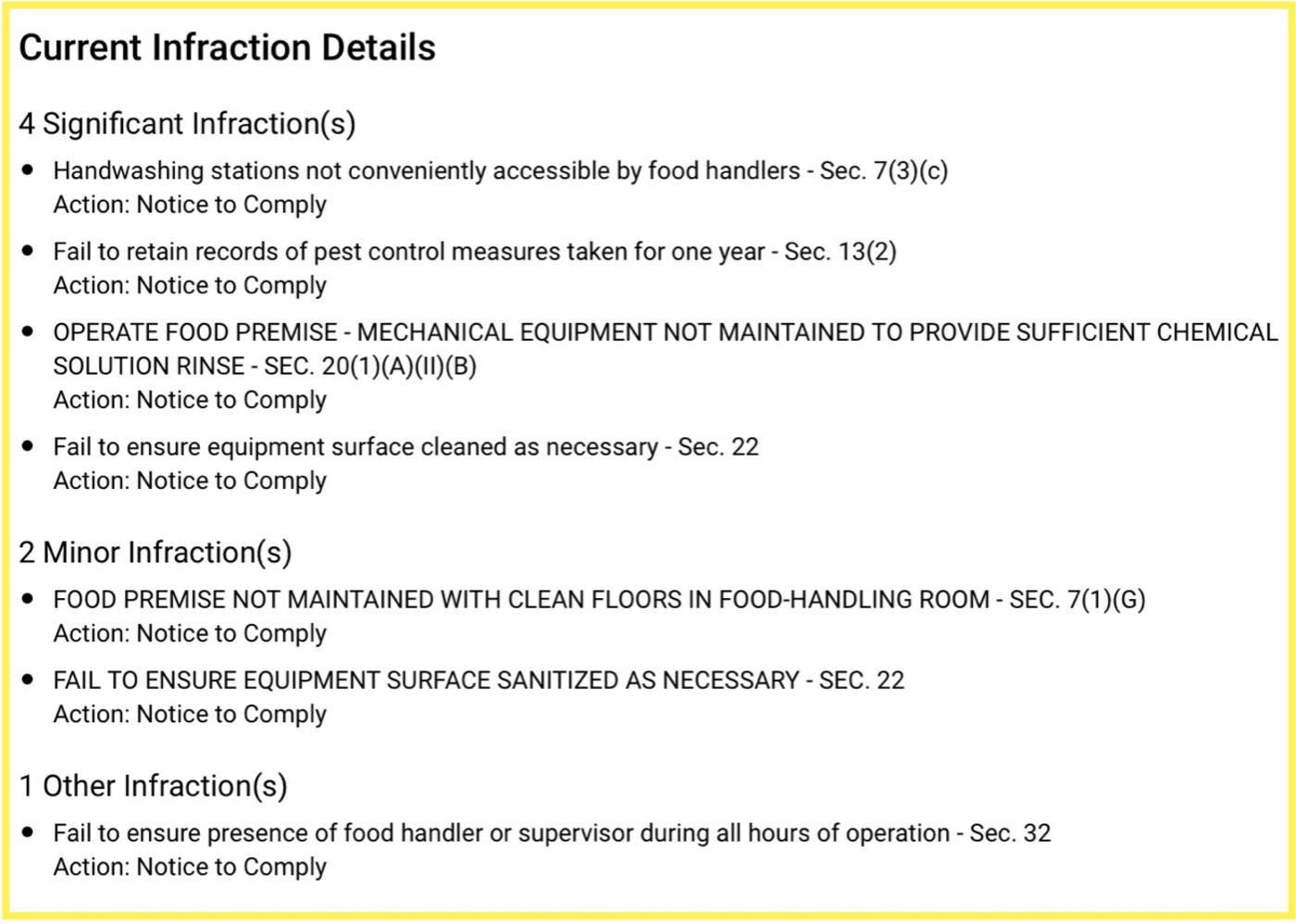 Despite receiving seven infractions, Chopstick House received a conditional pass notice and remains open as the restaurant begins working on the highlighted issues.