The restaurant also received five minor infractions, which included the failure "to ensure food handler in food premise protects against contamination by hair," and failure to "maintain ventilation system to ensure elimination of fumes." 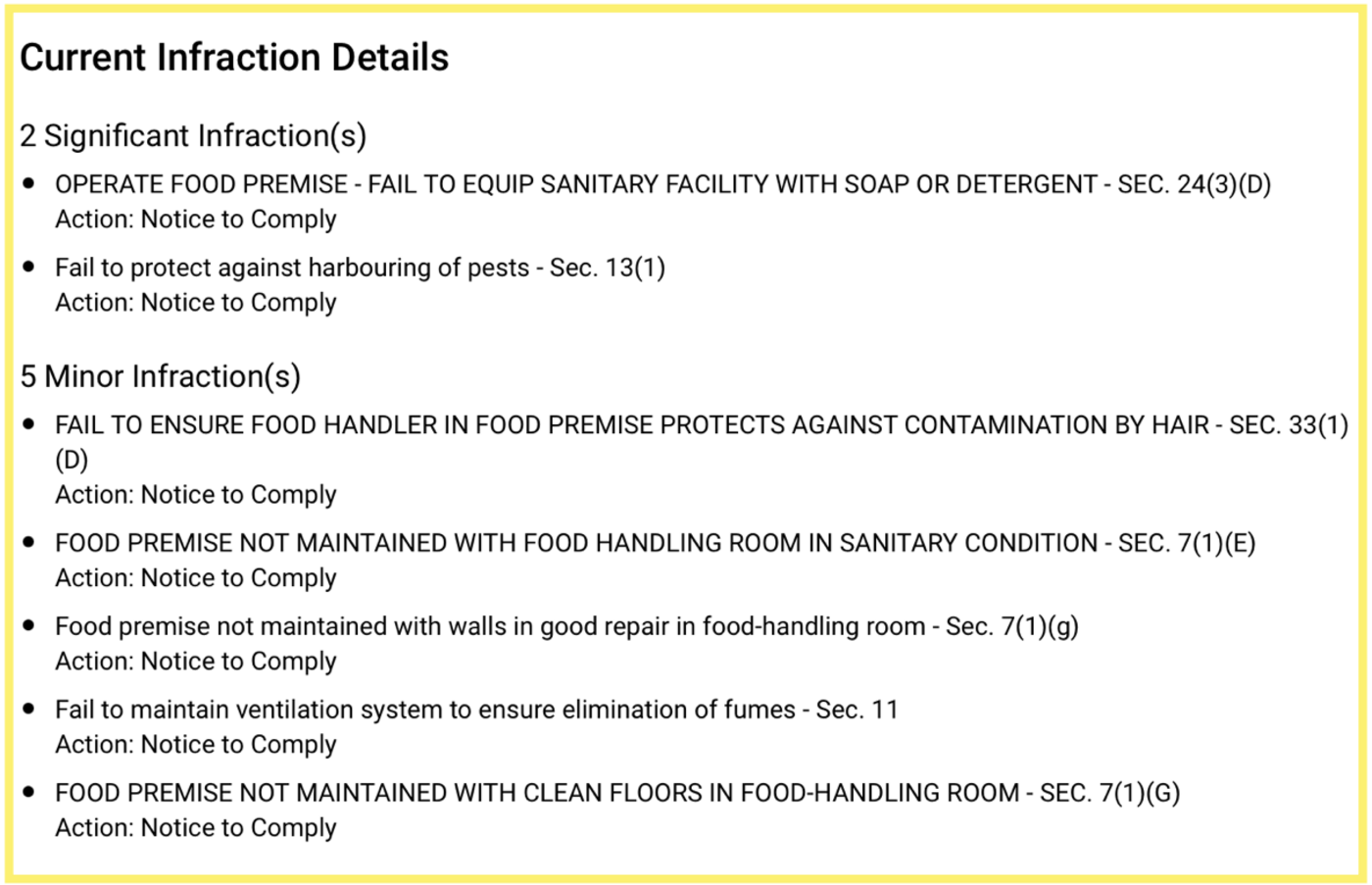 Despite the seven health infractions, the restaurant received a conditional pass from inspectors and remains open as they work through sorting the issues.