Some of Toronto's oldest restaurants tragically didn't survive lockdowns, but a 94-year-old one that just reopened after being closed for hundreds of days has come back swinging.

The Senator was originally opened in 1929 by Robert Angeloff, but it wasn't always called that. 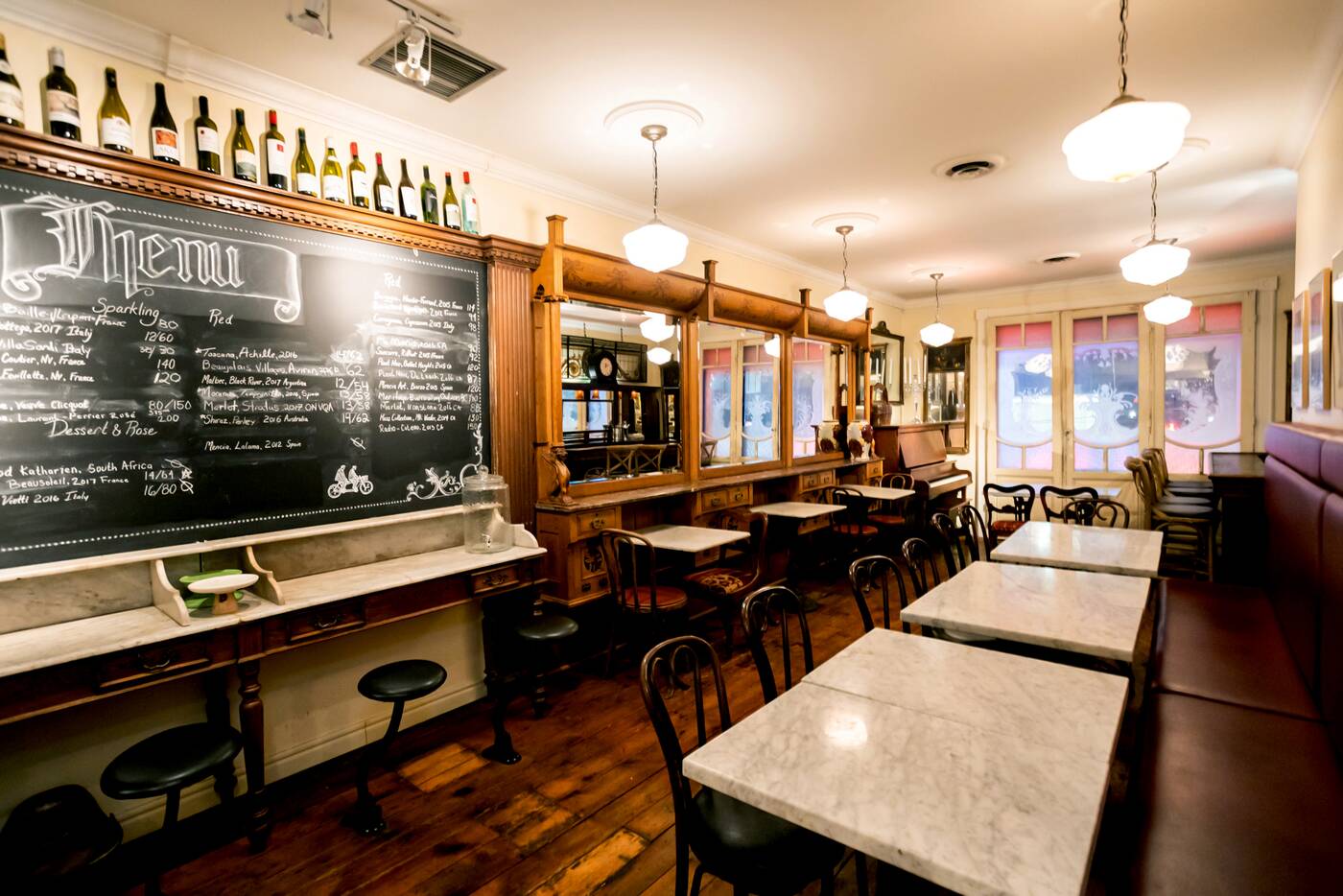 It was originally named the Busy Bee Diner, and it was just an eating counter and open kitchen. 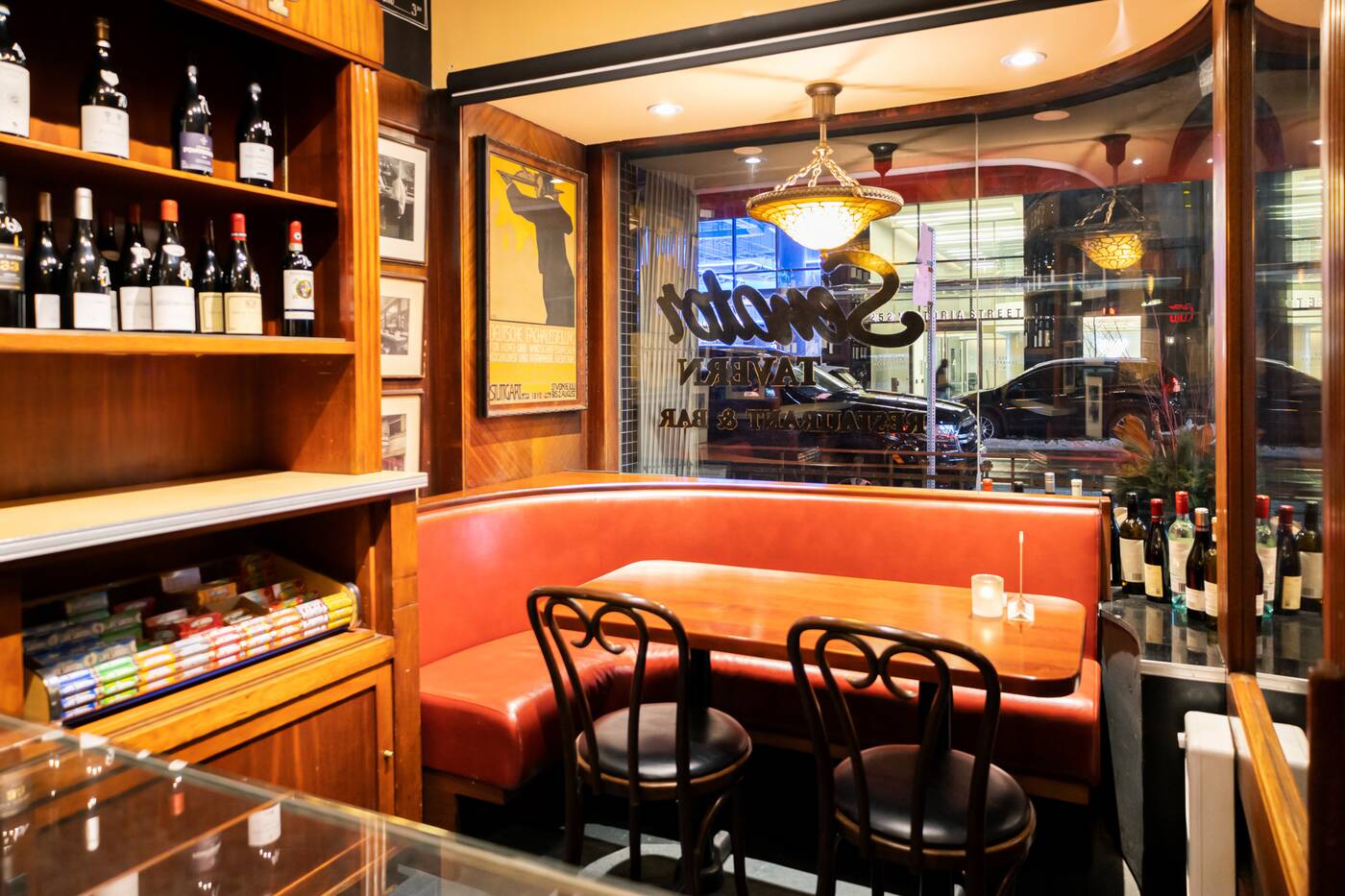 It was in 1948 that it was purchased, renovated and renamed the Senator by George Nicolau, who left it to his son Nick Nicolau and nephew Cecil Djambazis. 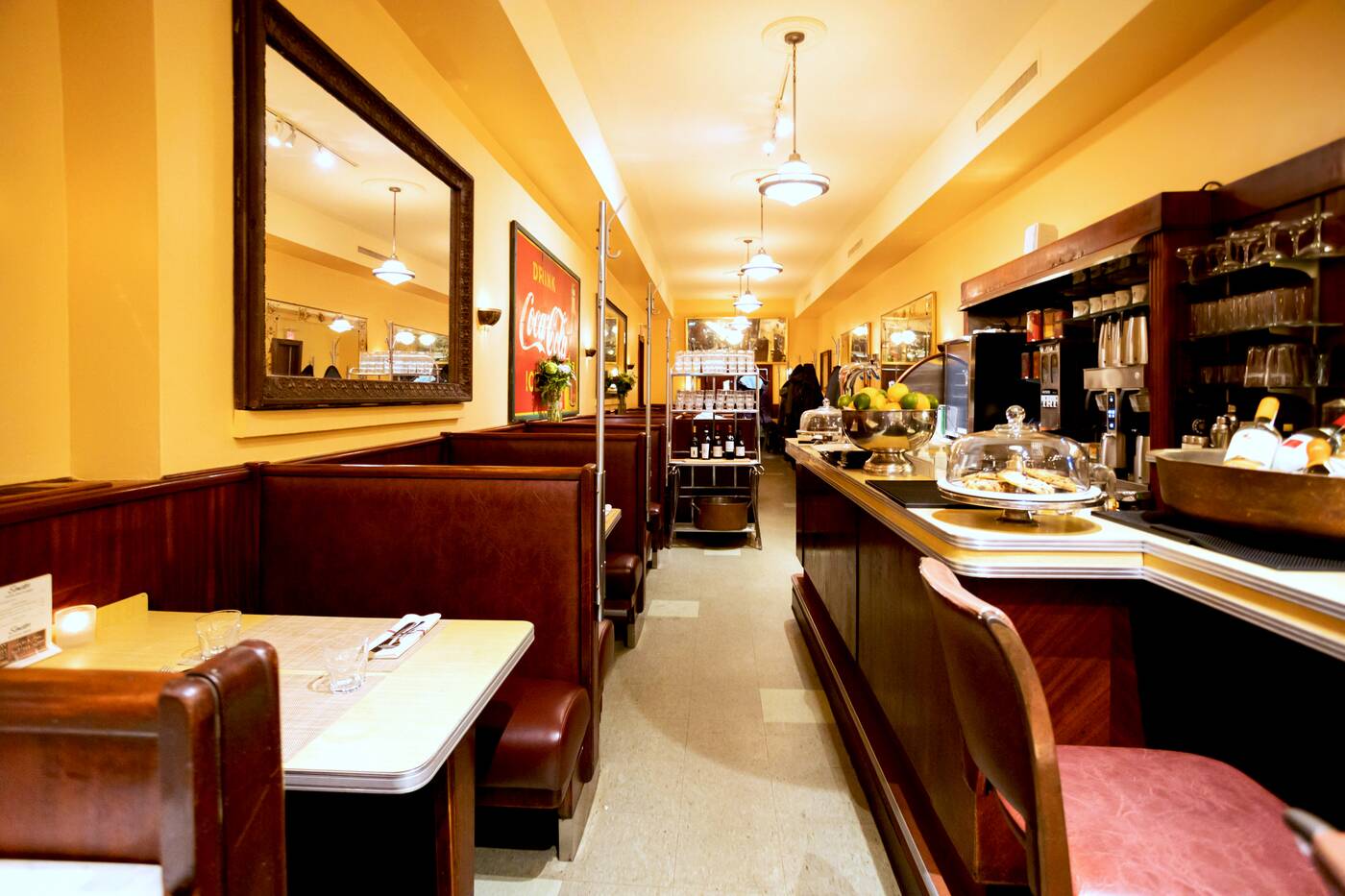 In 1984, the Senator was finally purchased by its current owner, Bobby Sniderman, a regular at the spot who runs it to this day with the help of general manager Anne Hollyer. 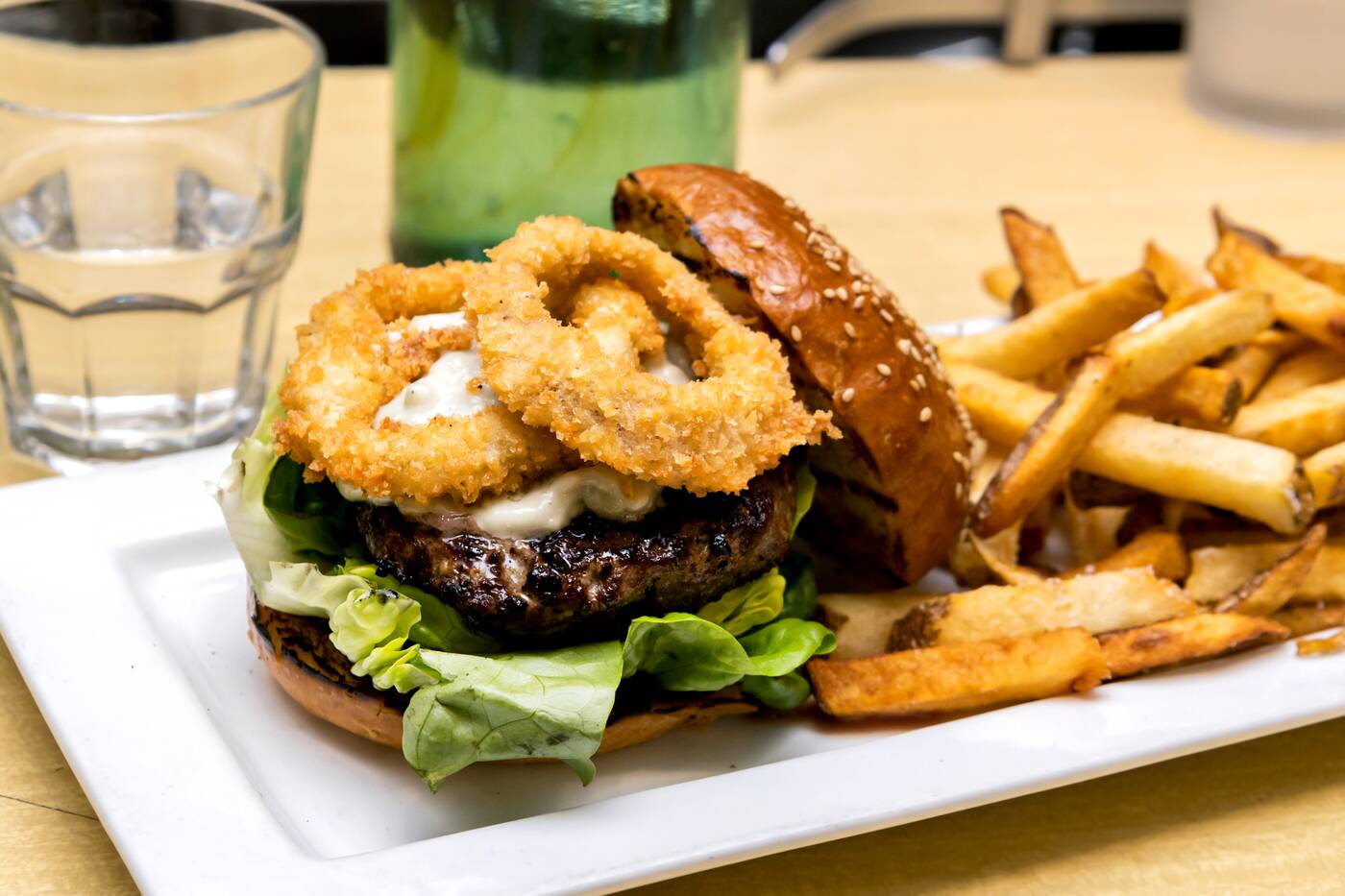 "Her children now work with us along with many other long-time staff who consider the Senator to be their home," Sniderman tells blogTO. 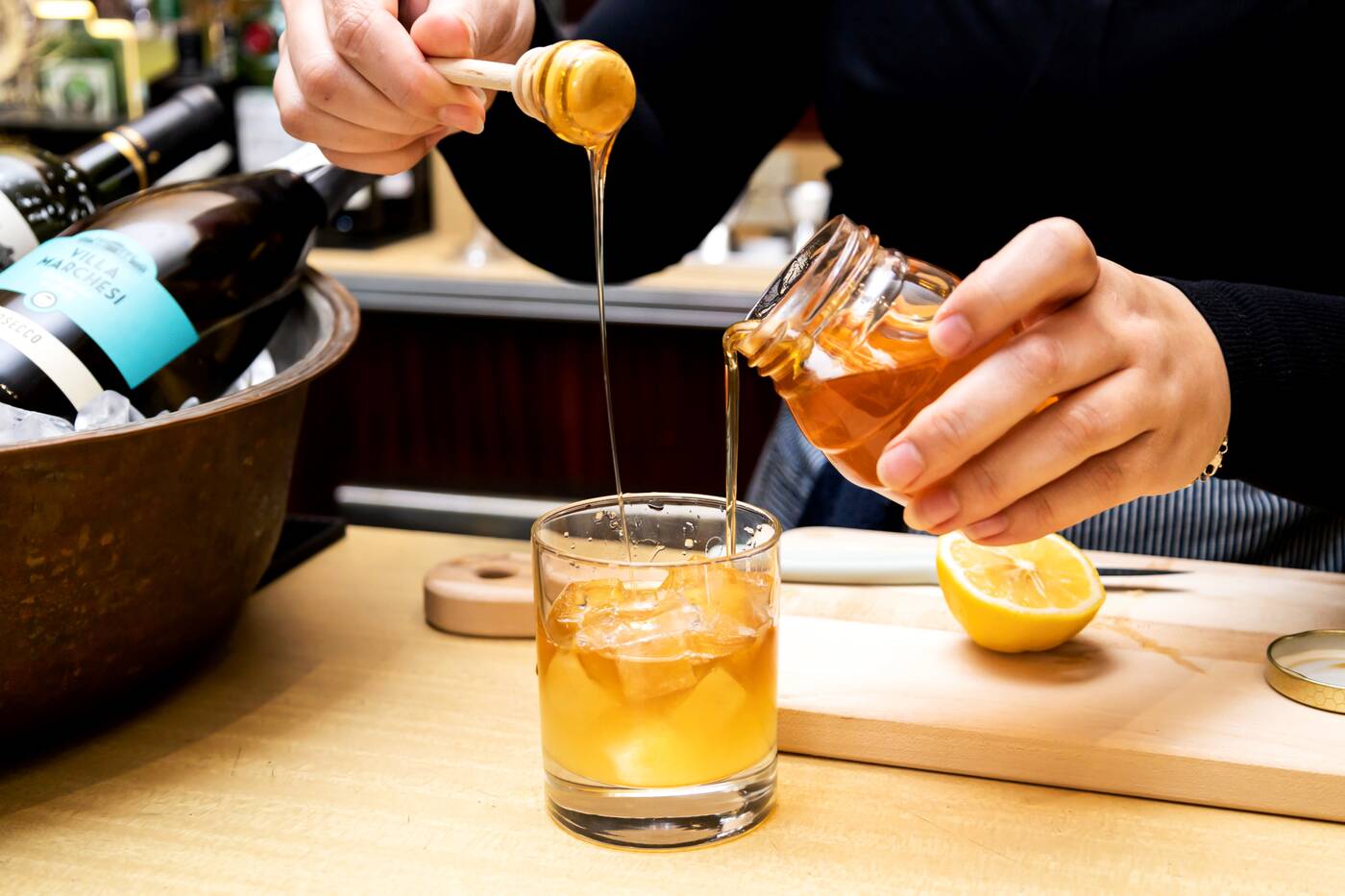 Even before some of the biggest changes for the restaurant would come in the 2020s, it was already stepping into the modern era: Sniderman and his family started an organic farm in 2010 to supply the restaurant with fresh local produce. 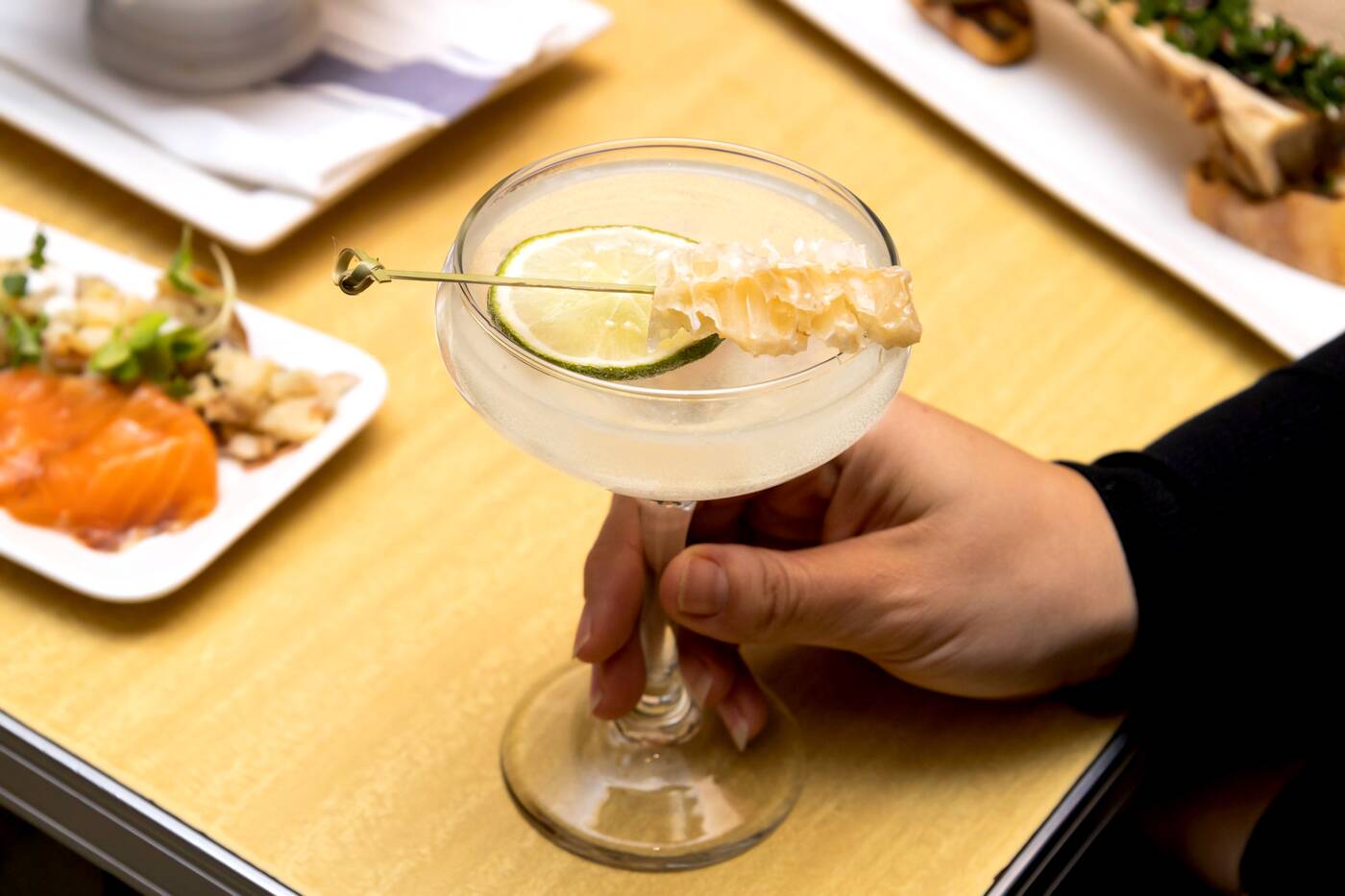 "It was very difficult managing the production of produce. But we continued and expanded an apiary which now produces pure organic honey that is sold in many fine markets under the brand name Royal Canadian Honey," says Sniderman. "We also cook extensively with the honey and it is also included in one of our cocktails." 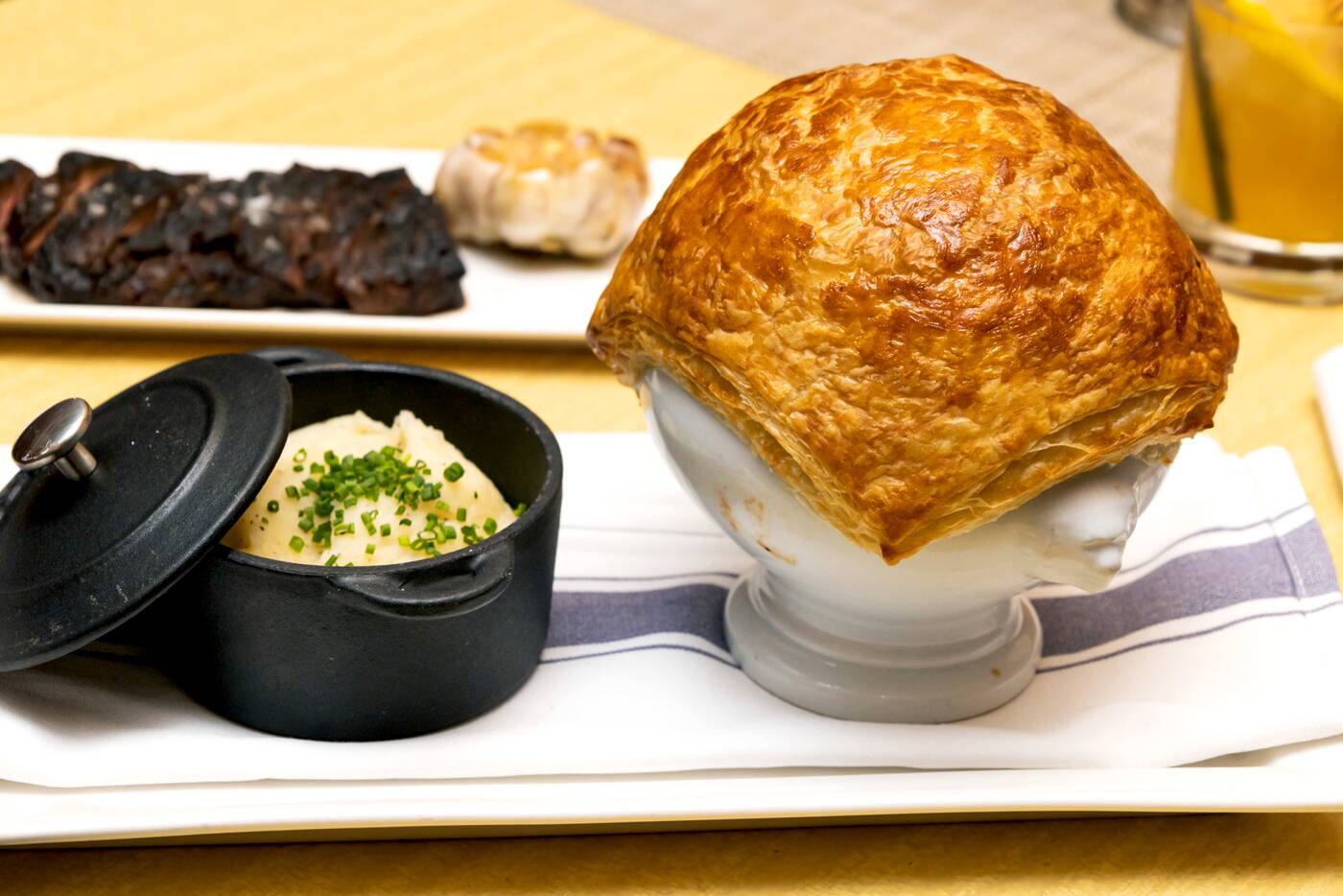 Their biggest difficulty all of all, though, would come when lockdowns hit, and when asked what challenges the Senator faced during that time, Sniderman replies, "All of them." 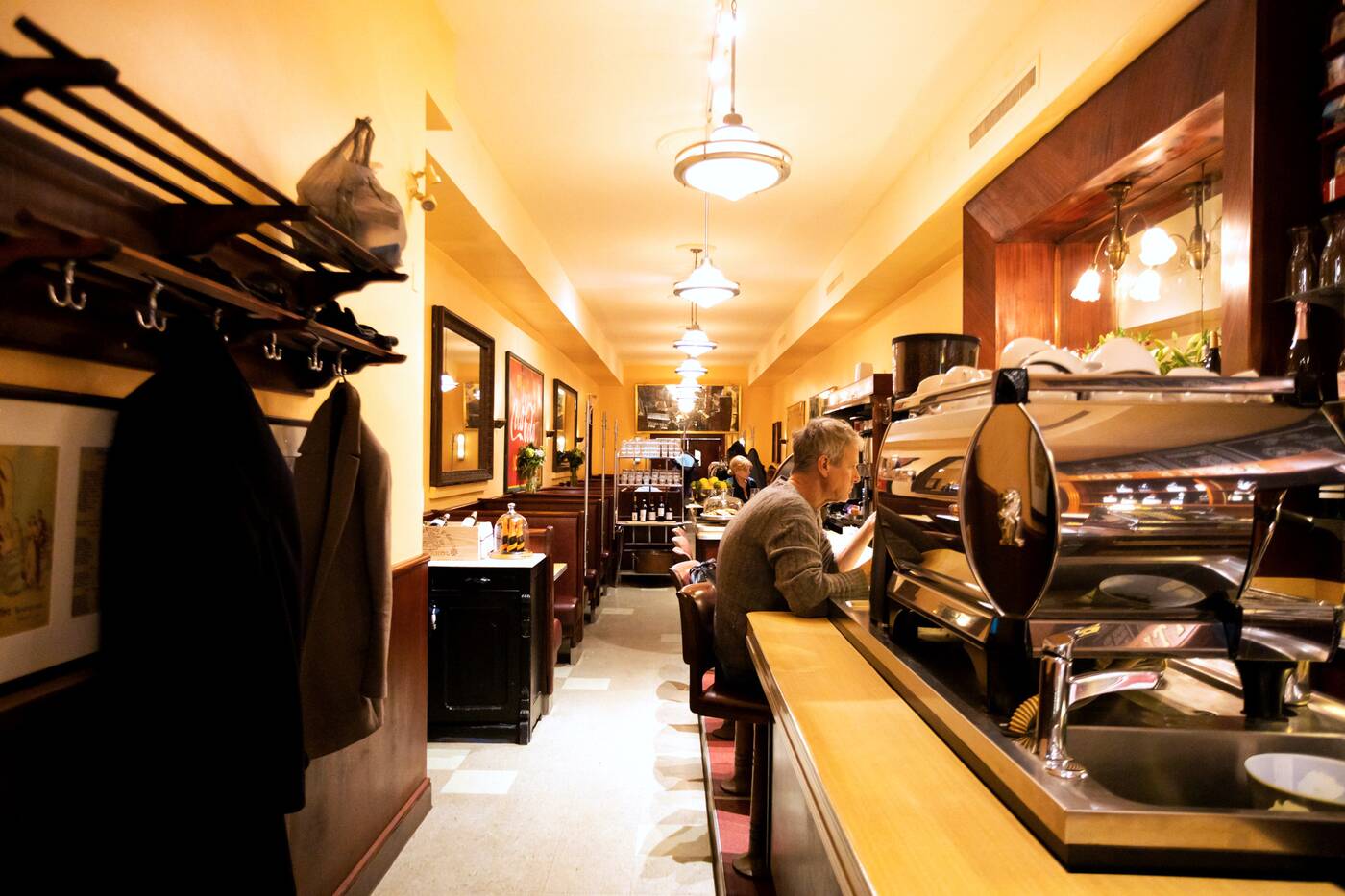 "We wanted to provide a safe environment for our staff and customers and chose not to open until we were assured of that. Many of our long-term staff decided to leave the industry, however, and find other employment. Replacing those qualified staff has been extremely difficult, as is the case in the entire industry," says Sniderman.

"We initially thought that we would only be closed for a few months. As that persisted due to government mandates, we have also seen a transformation in downtown Toronto, specifically where we are located, of reduced tourism, business persons and academics who used to be our regular clientele for breakfast and lunch." 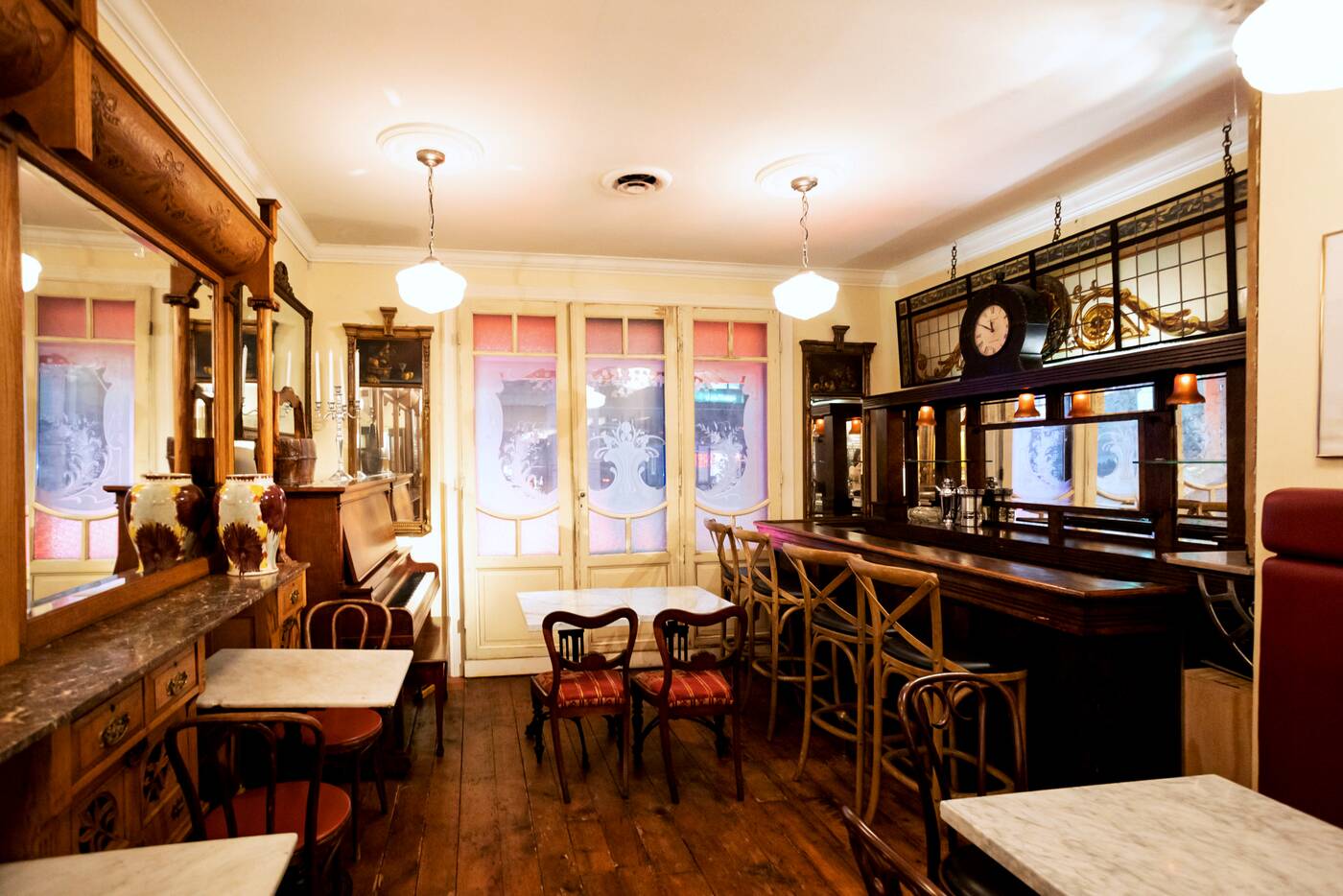 That's not to say they weren't busy during lockdowns: they initially baked for the frontline workers at St. Michael's Hospital and started up a balcony music series for an outdoor audience. 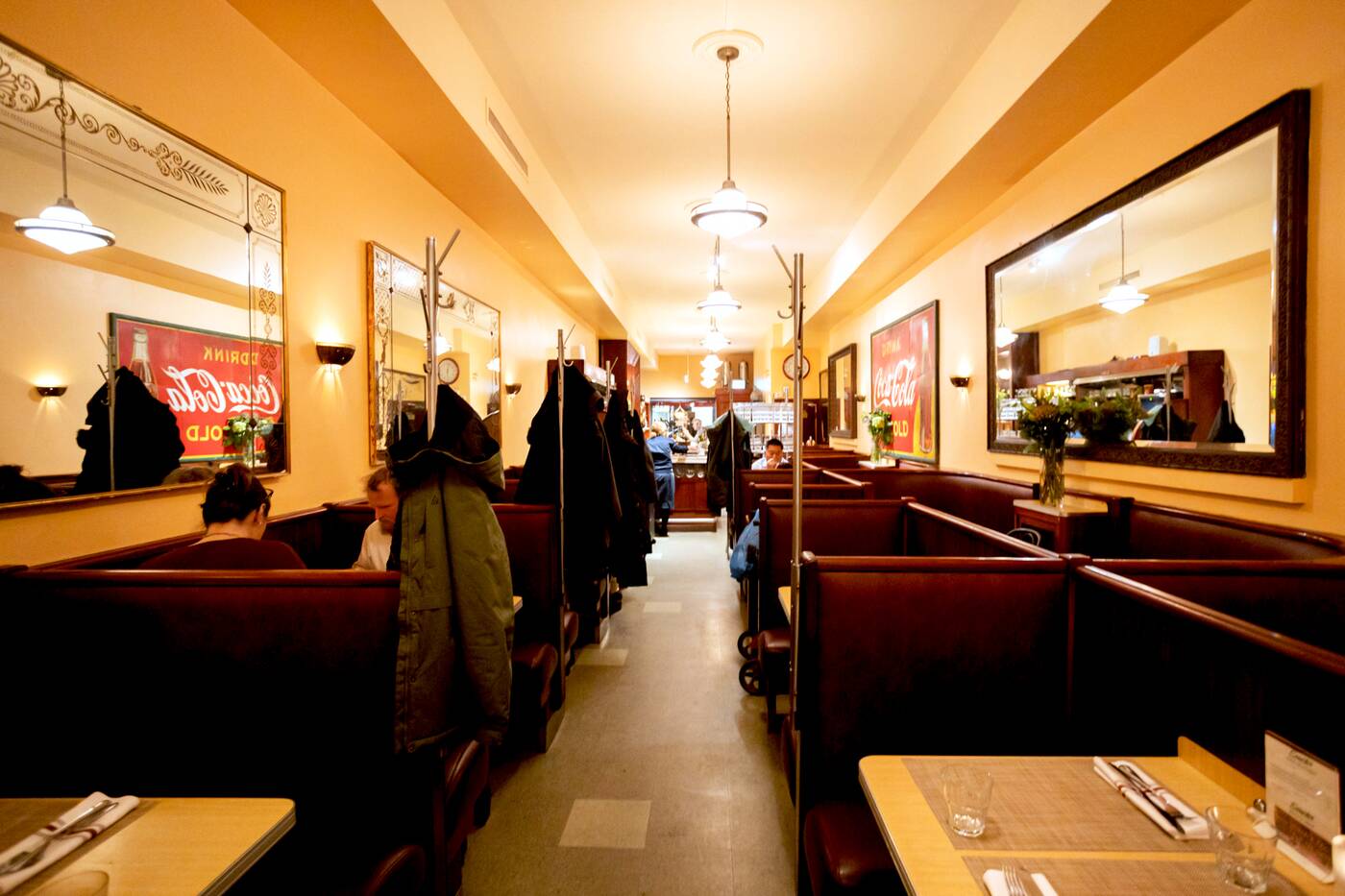 In 2021, they cooked a weekly meal for six months for the residents of the Dixon Hall Shelter and started preparing to potentially reopen, maintaining the restaurant with Sniderman himself giving the space a fresh coat of paint. 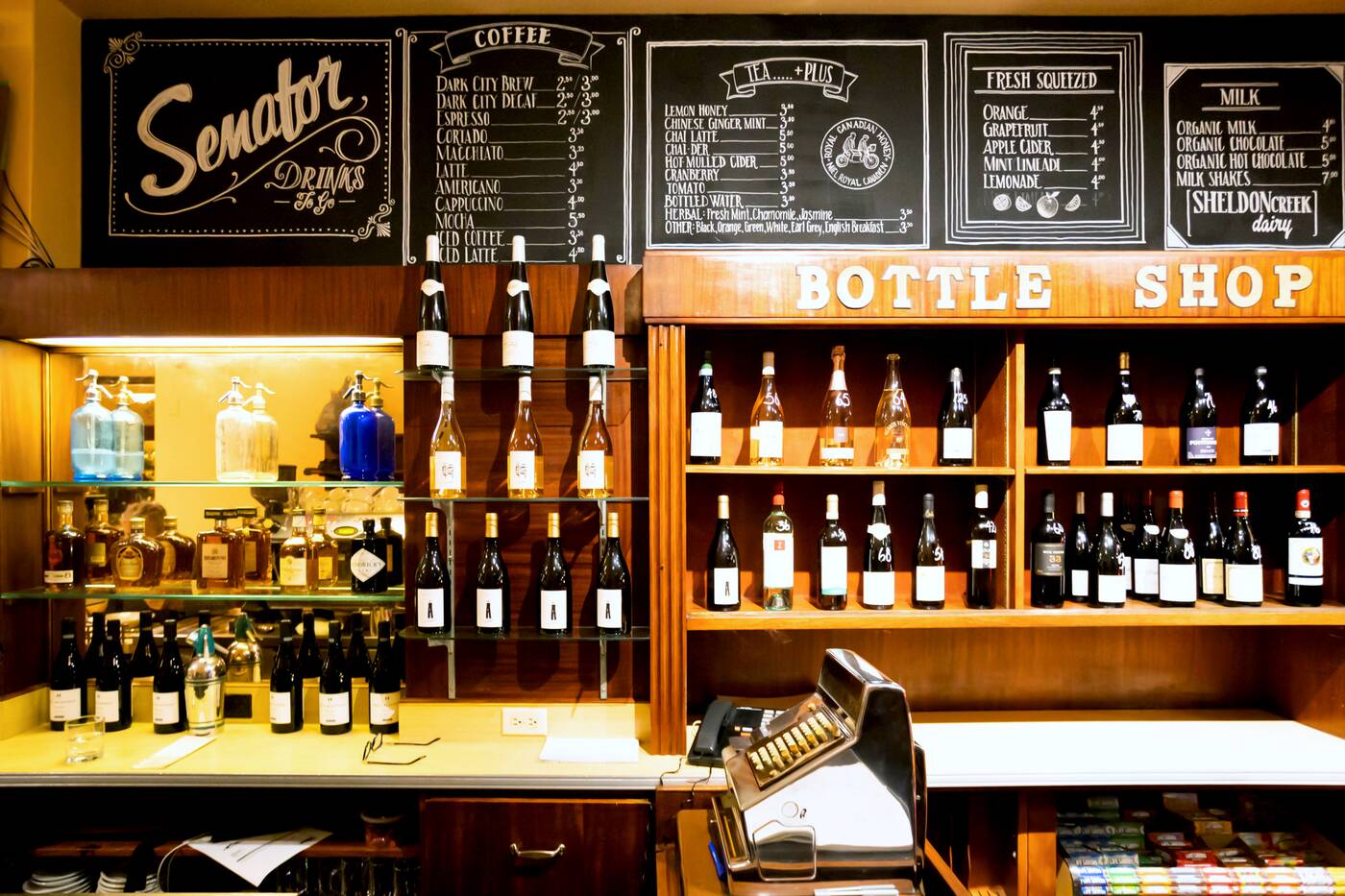 The restaurant finally did reopen in fall 2022 with some changes: they're now only open for dinner and brunch on Saturday, the dinner menu is new, they've added a bottle shop and are opening up their upstairs piano bar with live music. 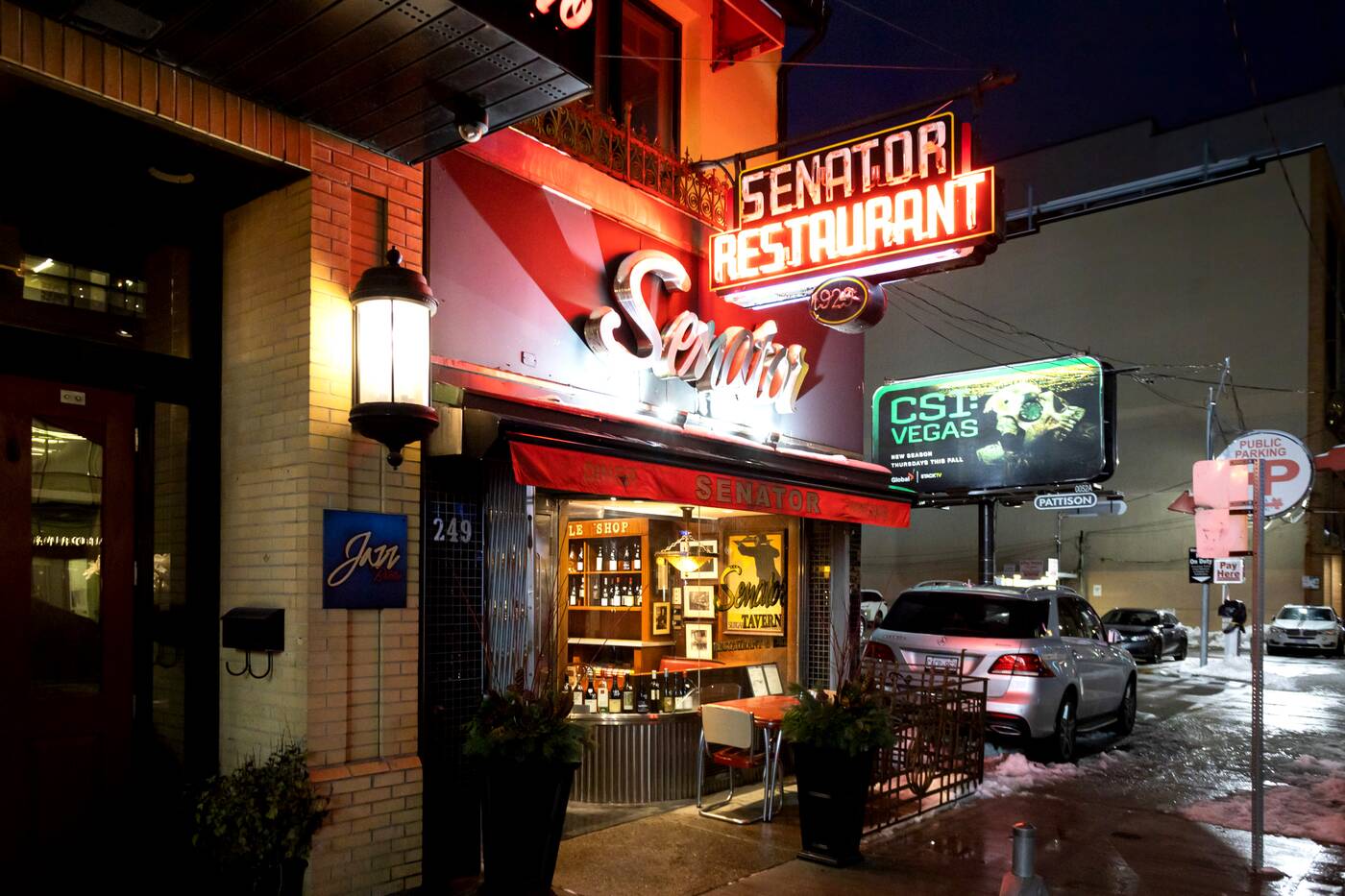 "We would just love everything to return to the way it was before March 2020. Notwithstanding that, we hope to soon start Sunday brunch and then re-establish our music program in our upstairs bar, which may become an oyster bar," says Sniderman.

"We believe that it was important to our devoted staff and the community to retain and reopen the Senator Restaurant and Bar when there were opportunities to do otherwise, and so many customers have come forward to thank us for persevering."

The Senator is at 249 Victoria St. in Toronto.