The Bloorcourt area is known for a number of things; Dovercourt Park, Paradise Theatre and Bakerbots.

But the woman behind one staple institution is a much-loved and probably one of the most well-known community member.

Song has been slinging lattes, pastries and her beloved homemade soup of the day out of her comforting cafe for over a decade now and her presence is deeply appreciated by neighbours and businesses alike.

Sit back and watch as Song chats up her regular customers, who she knows by name, and you'll know exactly why she is loved and cherished.

She often guesses correctly what her customers want (egg salad?) and asks about their day before sending them off with a warm cup of coffee and a big smile - all with a reasonable price.

Speaking with Song she tells me she has a lot of regular customers who visit her almost daily since she opened up shop 11 years ago.

"Because they're regular customers and I'm seeing them everyday, I know their name, I know what they like and I know a little bit of their lives," she said.

Living in the community for almost 15 years until a recent move means Mei knows more than just her customers, she is close with other businesses too.

Bloorcourt was the first placed she landed since moving to Canada from China, leaving behind a brother and country she misses dearly.

Of course the last two-years weren't exactly ideal for any restaurant or cafe owner, with Song admitting it was "a little bit hard" but laughing that she survived. 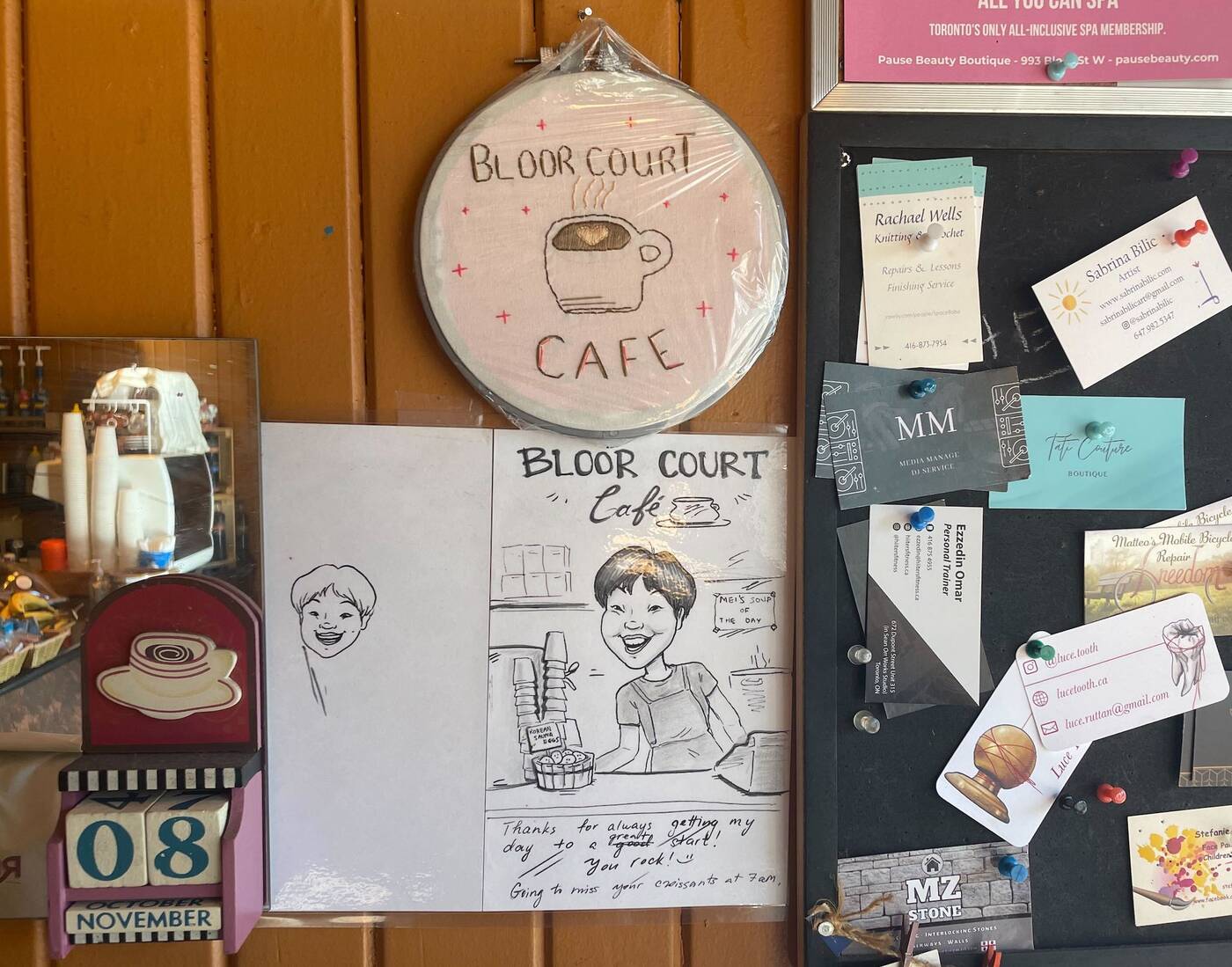 Now-a-days things are much better with more people retuning to work and grabbing a bite to eat and coffee before heading on the train. When I went to visit her, she had a steady stream of customers.

Though she's never counted how many cups of coffee she sells a day, she knows it's well over a 100, especially during her morning rush.

Her favourite part about running the cafe? "Meeting so many people" and practicing her English.

She is such a staple in the community that on a rare day when she isn't open, she often receives calls from regulars asking where she is.

"My customers are very good, they're very nice, the customers really care about me too so when I close the shop they come ask me what happened."

Just take a look at the Google review for Bloorcourt Cafe and you'll see many "we love Mei" comments and compliments for her vegan banana bread.

So next time in your in the area, head over to see Mei and order her soup - you won't be disappointed.

Bloor Court Cafe is at 201 Delaware Ave. in Toronto.