Restaurant closes all three Toronto locations and retreats to suburbs

A Toronto location of a Punjabi restaurant chain has permanently closed for good, leaving us with one less place for chicken tikka.

Punjabi by Nature's location in Riverside is closed and has a for lease sign in the window. 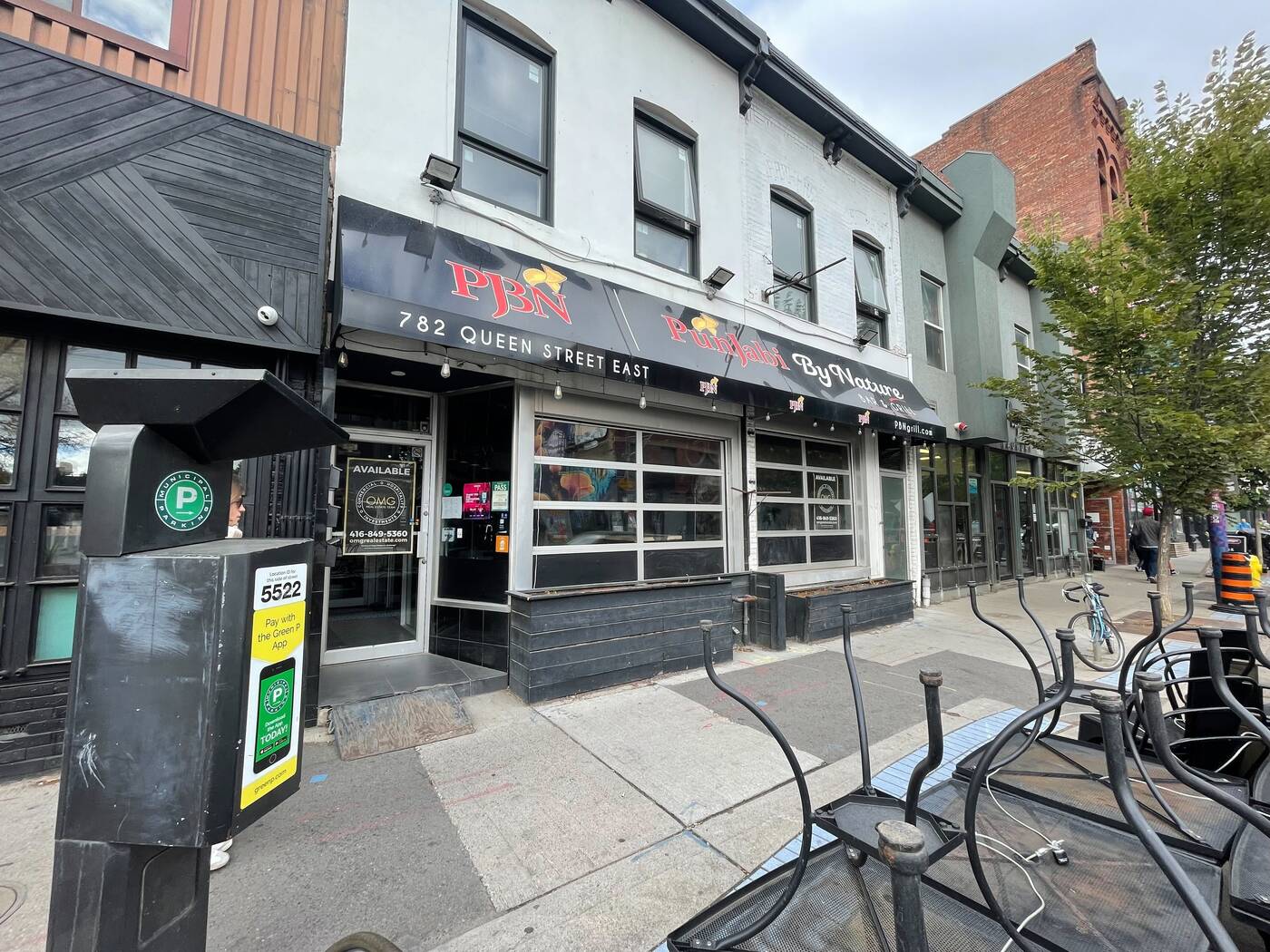 Punjabi by Nature on Queen East with for lease signs in the window. Photo by blogTO.

The restaurant has other locations in Brampton. They previously had Beaches and North York locations which are also now permanently closed.

This Queen East location went by the name Punjabi by Nature Bar & Grill. They served a menu with lots of tikka and tandoori items, as well as samosas, kababs and chilly chicken.

Manager for both Queen East locations Lucky Walia tells blogTO the Riverside location shut down "because of lack of business" mainly due to restrictions during lockdowns.

He's not sure what's happening to the space, but thinks the landlord might be selling it.

The Riverside location of Punjabi by Nature closed down sometime in April or May according to Walia, but he says they're opening up a new location not far outside of Toronto in Oakville in December.