Toronto restaurant known for its shawarma shut down by health inspectors

A kosher restaurant in Toronto that's become known for its shakshuka, shawarma and hummus has been shut down temporarily by health inspectors.

The popular Aish Tanoor on Eglinton West was sadly slapped with a closed notice on September 8 due to four infractions.

One of the infractions was, unfortunately, crucial, while two were significant and one was listed as minor. 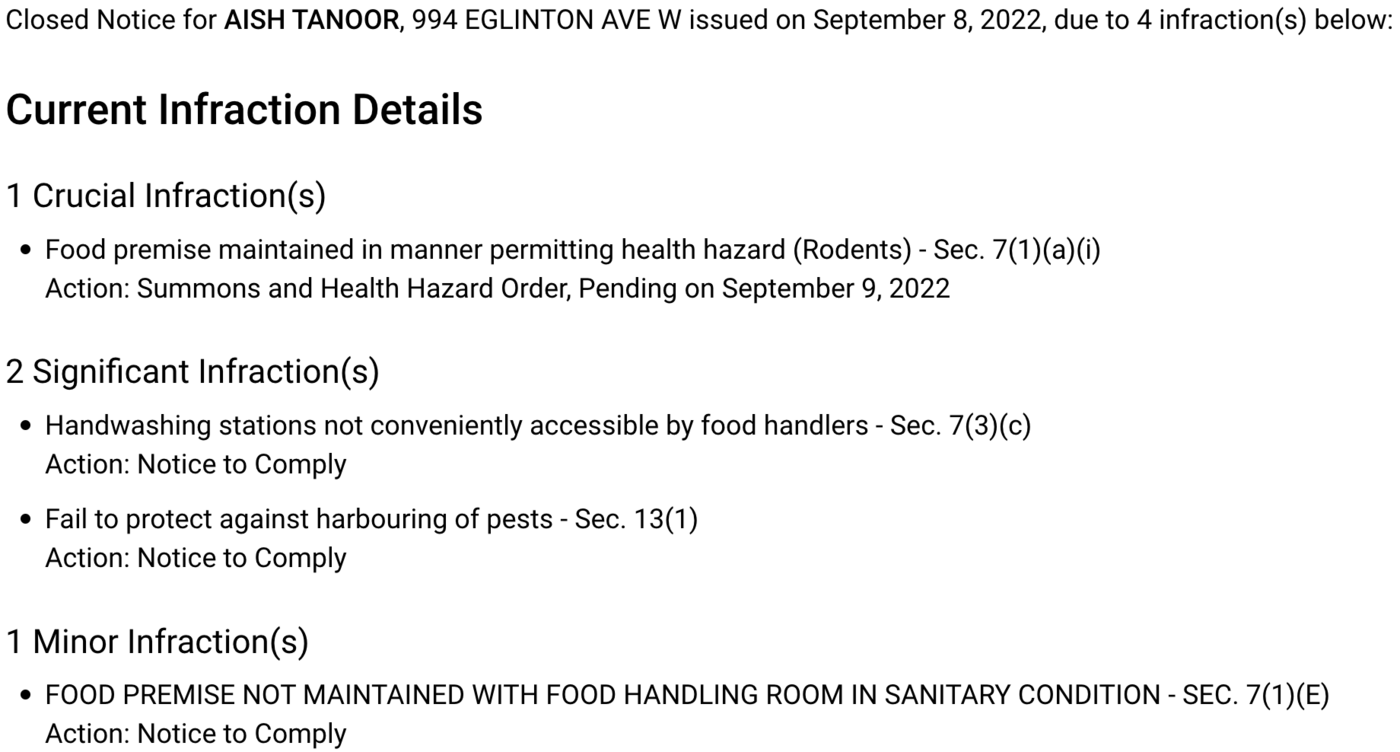 Aish Tanoor was slapped with a crucial infraction for permitting rodents. Image via DineSafe.

Brace yourself for that one crucial infraction: it was for the food premise being maintained in a manner permitting a health hazard, which was listed as rodents. Eek.

The action for that infraction is a summons and health hazard order, pending on September 9, 2022.

The two significant infractions were for the handwashing stations not being conveniently accessible by food handlers, and for failing to protect against the harbouring of pests.

There was also a minor infraction for the food premise not being maintained with the food handling room in sanitary condition.

For the significant infractions and the minor infraction, the action was a notice to comply.

Aish Tanoor has already reopened with a green pass.

A representative from the restaurant tells blogTO that the issue is with the building itself, and the landlord has not been cooperative in order to fix it. The rep says health inspectors just want the problem permanently fixed, which is now in the works thanks to the temporary closure, and that the landlord is on notice.