Toronto grocery store shut down by health inspectors for 6 infractions

A food market with takeout options and a butcher shop was shut down by Toronto health inspectors after receiving six infractions.

The business sells fresh meat and African foods, with staples like breads and a restaurant component serving dishes like jollof rice.

Two of the infractions were crucial, two were significant and two were minor. Unfortunately, most of them were pest-related. 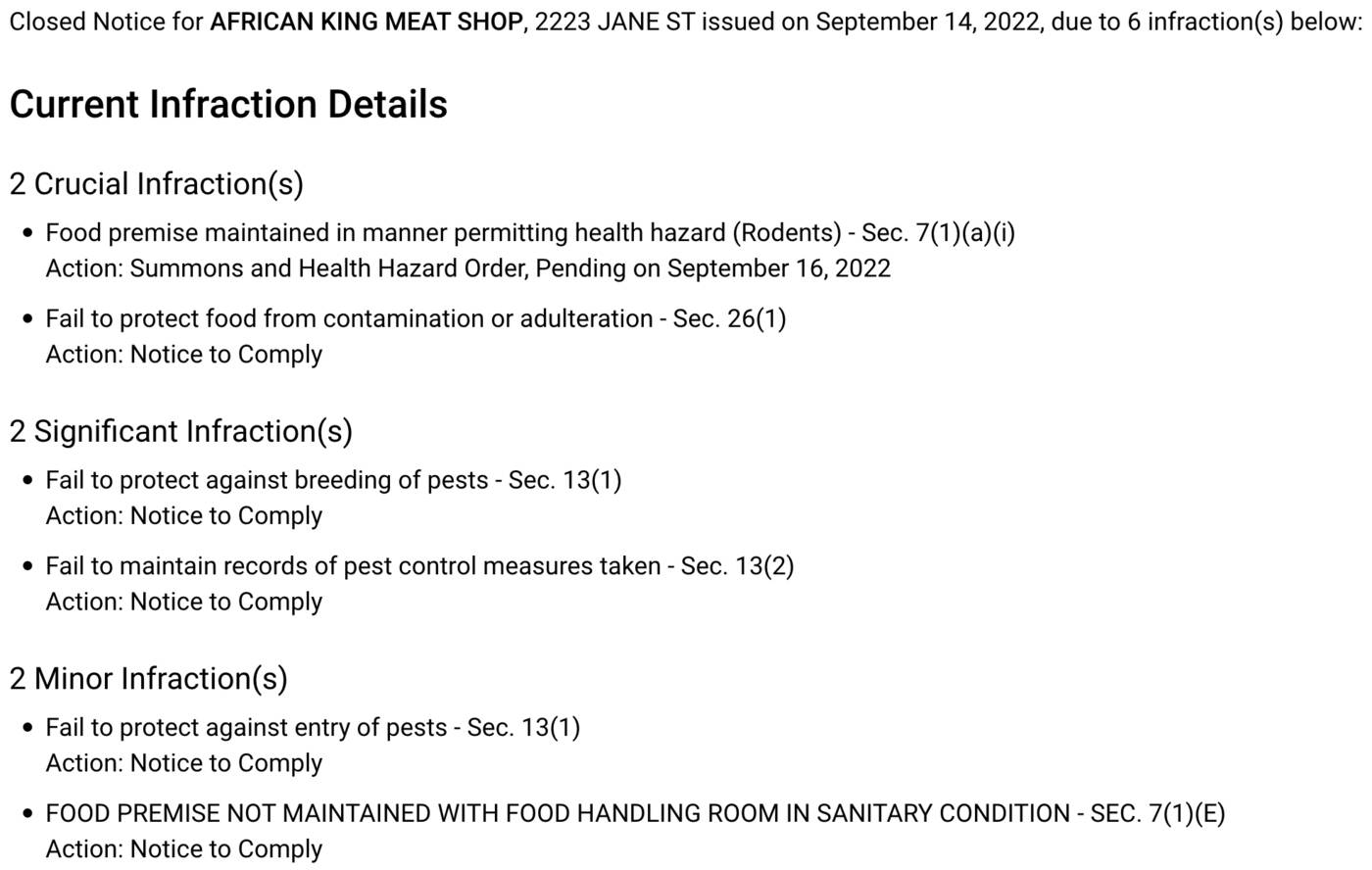 The business was found to have six infractions. Image via DineSafe.

One of the two crucial infractions was for the food premise being maintained in a manner permitting the health hazard of rodents, for which the action is a summons and health hazard order pending on September 16.

The other was for failing to protect food from contamination or adulteration.

The two significant infractions were failing to protect against the breeding of pests and failure to keep a record of pest control measures taken.

The minor infractions were failing to protect against the entry of pests and not maintaining the food handling room in sanitary condition.

The action for all these other infractions was a notice to comply. African King may reopen once health inspectors are satisfied all issues have been resolved.