A beloved Thai food chain with six locations across Toronto has been ordered by health inspectors to shut down one of its locations until further notice after racking up several infractions.

EAT BKK Kitchen at 513 Bloor St. W. in The Annex recieved an official closure notice on Monday, Aug. 29, after inspectors from Toronto Public Health detected a total of eight infractions — four of them significant and two of them crucial.

Among the more serious infractions reported were "food premise maintained in manner permitting health hazard (rodents)" and "fail to protect food from contamination or adulteration."

Eat BKK Thai Bar & Restaurant opened in late 2020 as a more uspcale version of the brand's original Thai street food joints, and is not to be confused with its long-shuttered Annex Food Hall location down the street.

Sadly, it was in pretty bad shape when inspectors visited earlier this week. 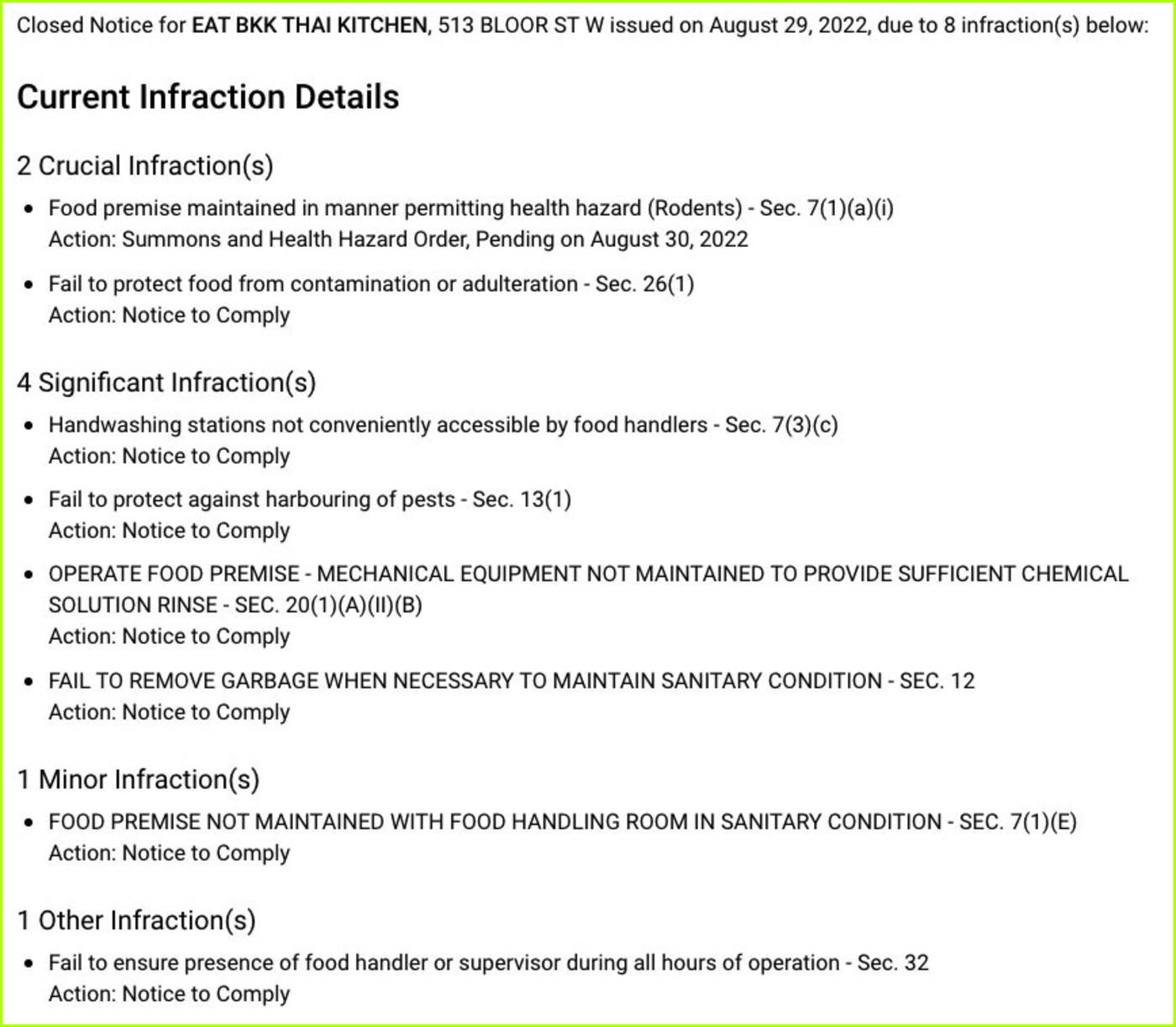 The restaurant was found to have two crucial infractions, four significant, one minor and one infraction labelled as other on Monday. Image via DineSafe.

Inspectors handed down four "significant" infractions on Monday, penalizing Eat BKK for not having handwashing stations conveniently accessible to food handlers, failing to protect against the harbouring of pests and operating equipment without "sufficient chemical solution rinse."

The restaurant was also dinged for "failing to remove garbage when necessary to maintain sanitary conditions."

One minor infraction was logged for not maintaining a food handling room in sanitary condition, and an infraction labelled as "other" cites the restaurant's failure to ensure the presence of a food handler or supervisor during all hours of operation.

Eat BKK Kitchen has been issued notices to comply for all of the above infractions, and should reopen when health inspectors are confident that any issues have been resolved.