A restaurant in a Toronto food court was just shut down by health inspectors for a number of infractions.

Pick N' Chus is located in Cloverdale Mall along with a handful of other fast food restaurants.

They were issued a closed notice on June 6 due to eight infractions.

Three of the infractions were crucial, including failure to ensure storage shelves are designed to protect against contamination, failure to protect food from contamination and the food premise being maintained in a manner to permit insects. 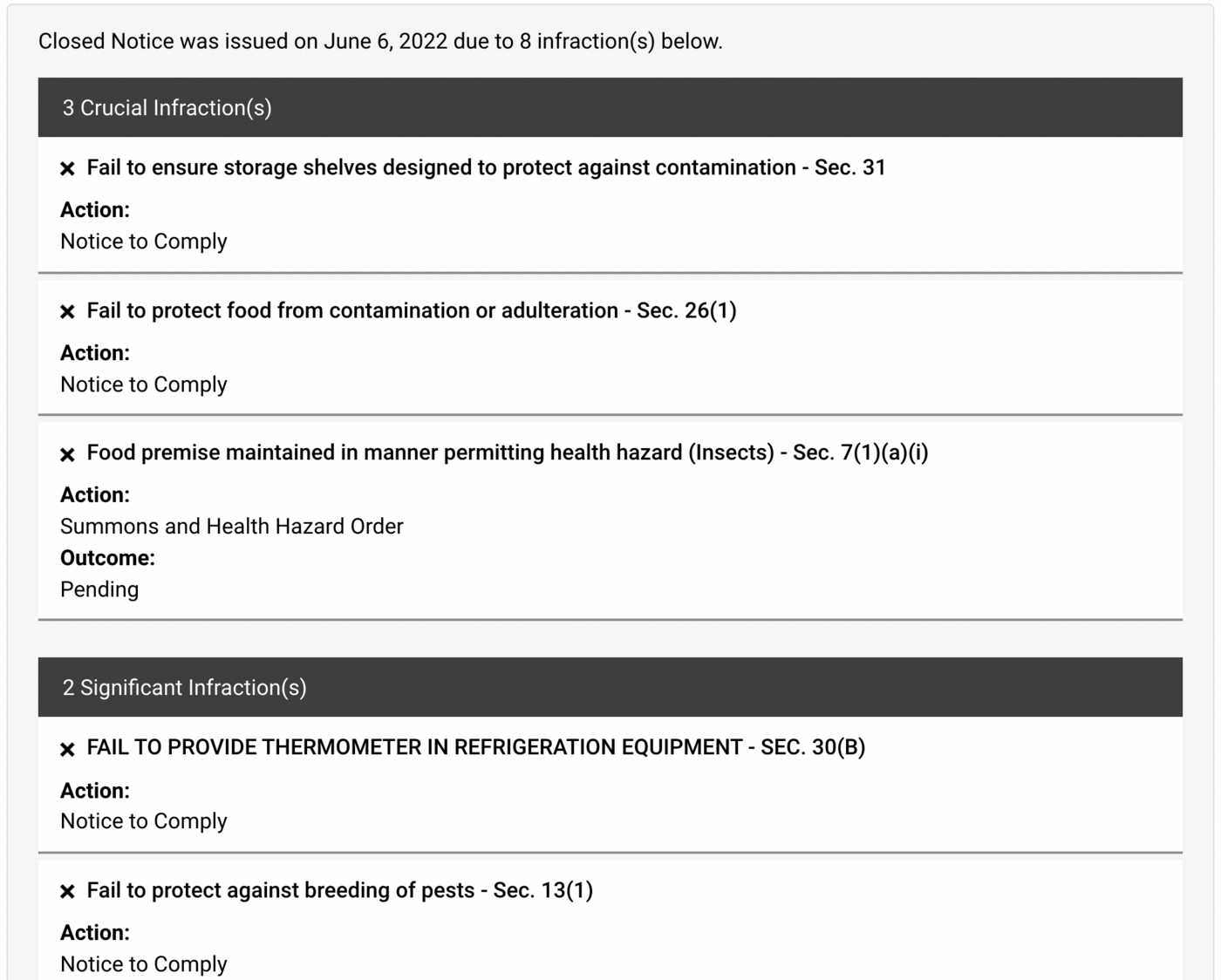 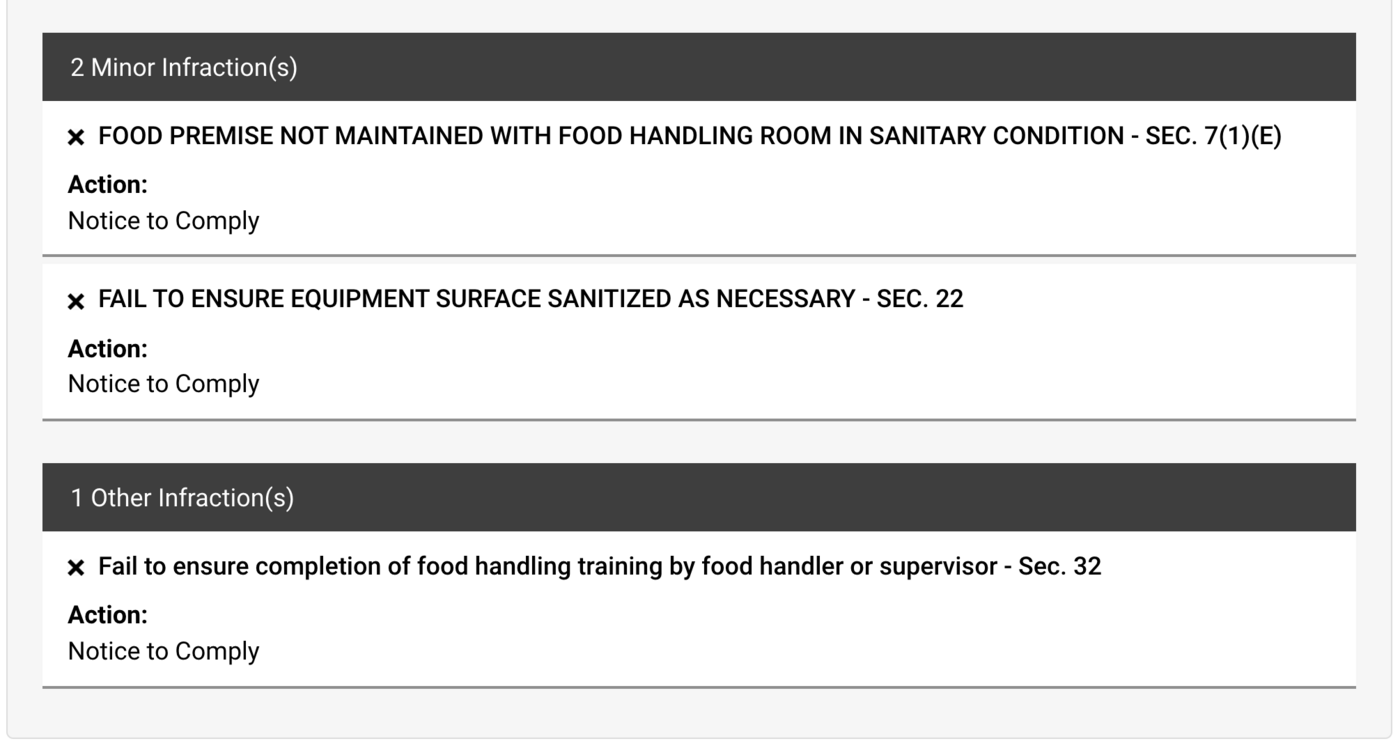 Screenshot of infractions at Pick N' Chu's from DineSafe.

Two significant infractions were also doled out, for failing to protect against the breeding of pests and failing to provide a thermometer in refrigeration equipment.

There were also two minor infractions for failing to maintain the food handling room in sanitary condition and failing to ensure equipment surfaces were sanitized.

One other infraction also says there was a failure to ensure complete food handling training by a food handler or supervisor.

The restaurant was given an action of a notice to comply for all infractions.