Businesses on a certain Toronto street have been voicing concerns about construction for a year now, and as summer approaches it's going to have them from preventing patios all season.

"The construction is supposed to last until September 2022 which means that we cannot have patios as part of the CafeTO program."

Daya's business also dealt with its own separate problems, as it recently rebranded from Pravda Vodka Bar partially due to backlash in relation to the Russian war. 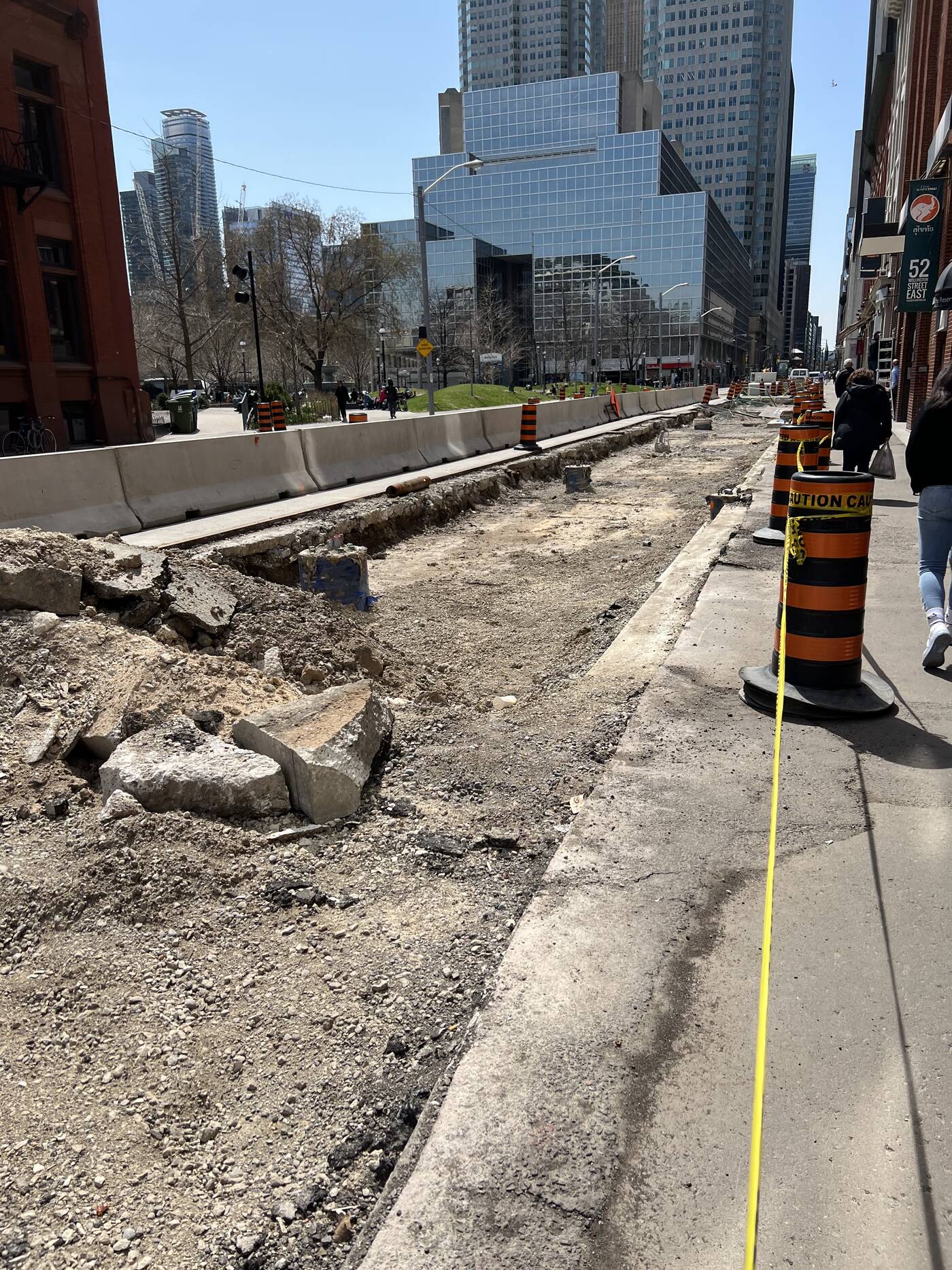 Wellington St. a couple weeks ago. Photo by Jasmine Daya.

"Pravda Vodka Bar was thrilled to be part of CafeTO during the summer of 2020 once restaurants and bars were permitted to reopen," says Daya.

She's depending on the summer months for her business to bounce back.

"Not having a patio when the warm weather first hits the city negatively impacts sales but what's making it worse for us is that the street is completely torn up on Wellington St. E. between Church and Yonge," says Daya.

"It looks like businesses are closed. Why would anyone want to walk down such a treacherous street in downtown Toronto when there are ample other venues available?" 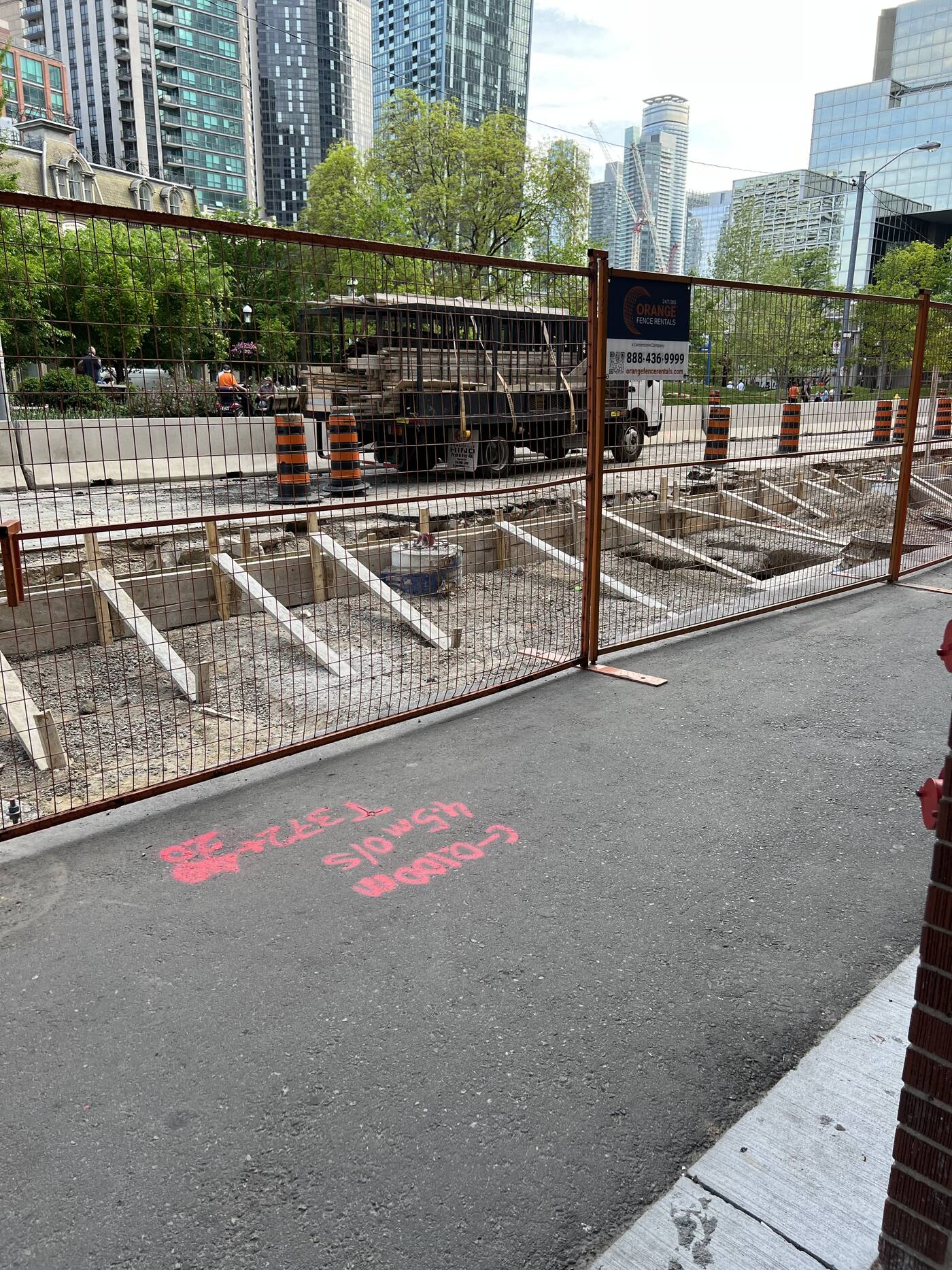 Wellington St. right outside Brash and Sassy on May 26. Photo by Jasmine Daya.

An update from the City sent to Wellington stakeholders says that "unexpected development work by a private contractor at 49 Front Street, has caused delays for the road and sidewalk work at Front Street East and Church Street."

Brash and Sassy has not been fully booked since restrictions eased, unlike restaurants and bars in other areas where there's been more of a "return to normal."

"There is a lot of choice and it makes it difficult for us to compete with no patio and unsightly and dangerous street conditions," says Daya.