Back around 2019, a Coffee Time that had been around in Toronto for 25 years closed down, but now the space where it once was is getting an exciting new tenant.

Harry's Charbroiled will be taking over the old space at Coxwell and Gerrard soon.

The joint serving signature chorizo burgers as well as their classic "Plain Janes" has a history of taking over older, well-loved spaces. Their original location opened up in what's now Originals Dining Lounge, but was actually home to a diner called Harry's for years and years.

Since moving out of the Harry's spot on Springhurst tucked away behind a No Frills, they've moved into the space that was formerly home to Woodlot on Palmerston.

Now, they're poised to take over another storied location by taking up residence where this legendary Coffee Time used to be.

For the new space and branding, they've been working with Solid Design Creative (Maison Selby, Baro) as well as Concrete Design.

"It will be an open-style kitchen takeout concept with some seating inside," Harry's owner Grant van Gameren tells blogTO.

They'll be offering all the same favourites they've been serving at the Palmerston location, including their expanded menu with chicken and fish items as well as milkshakes. 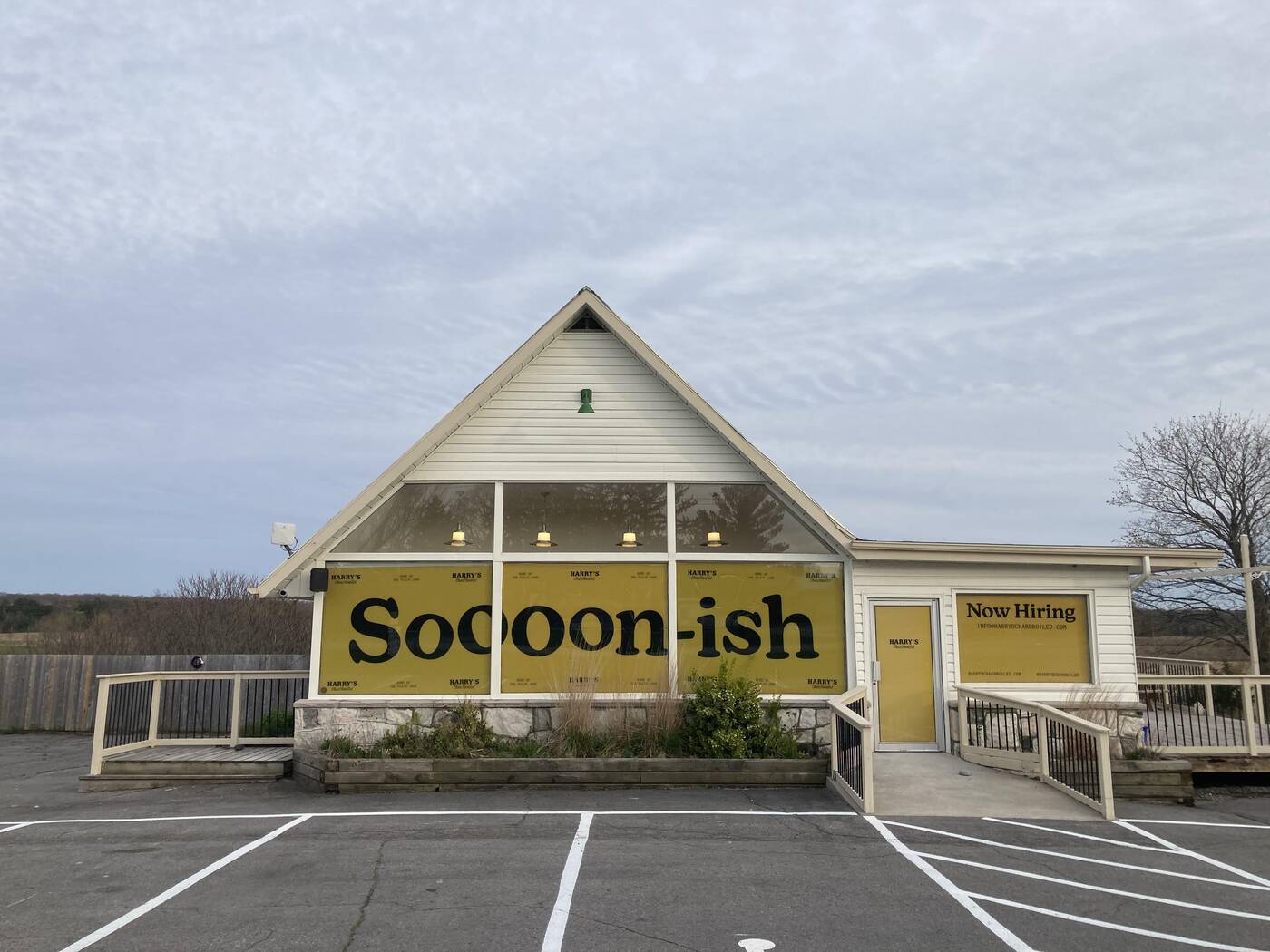 They're actually also renovating the patio and interior at the Palmerston location, and in related news, they're opening a Harry's location in Prince Edward County in early June at 13633 Highway 33.

"We have two outdoor patios, seating inside and a large area of grass and trees for additional seating, 100-plus capacity, along with a 40-car parking lot," says van Gameren.

"We are very much looking forward to serving the locals and tourists alike of Prince Edward County year round."