A tea room that opened in Toronto with a Russian theme is now closing and rebranding to remove all traces of Russia.

The future of Moscow Tea Room seemed a bit murky, opening during lockdowns selling caviar with price tags in the hundreds.

The business already had another location in Ottawa, which is also being closed and rebranded. The concept is based off New York's Russian Tea Room.

Not only did the business open in Toronto during lockdowns, they also ended up opening just before Russia attacked Ukraine. They were even forced to defend themselves and stop serving Russian products after facing backlash.

Though people supported them following the backlash, Marketing Director for Dreammind Group (which oversees Moscow Tea Room and many other restaurants) Ilon Tyan tells blogTO "the public sentiment swayed against supporting the brand." 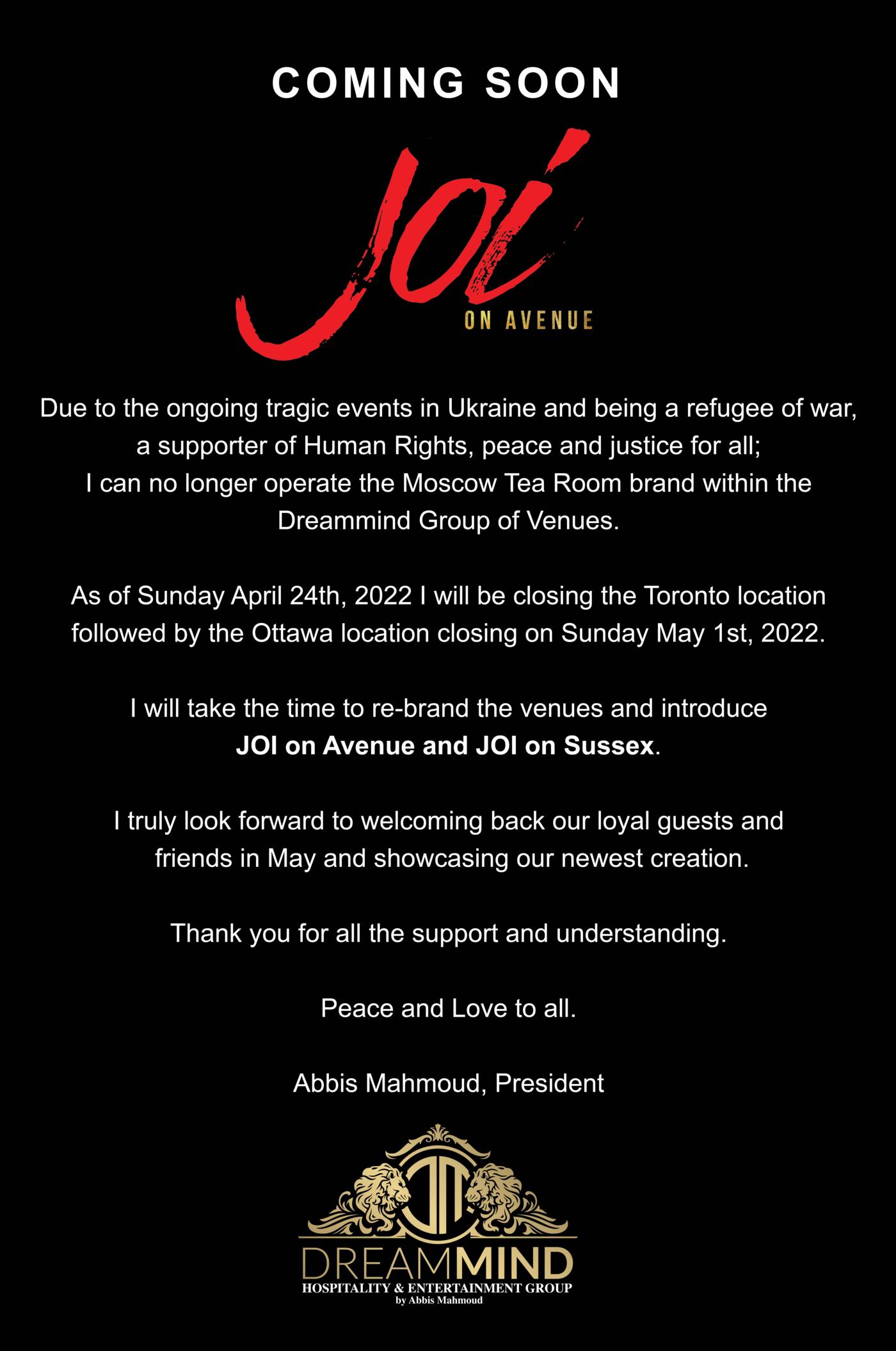 Statement from Dreammind shared with blogTO.

"Due to the ongoing tragic events in Ukraine and being a refugee of war, a supporter of Human Rights, peace and justice for all; I can no longer operate the Moscow Tea Room brand," says a statement sent to blogTO that Dreammind is planning on posting on social media, signed by president Abbis Mahmoud.

The spaces in Toronto and Ottawa are being scrubbed of their Russian theming and rebranded into JOI on Avenue and JOI on Sussex, respectively.

"The menus will get a significant revamp to have more trendy and shareable plates that will remain premium but at a much more accessible price point," Tyan tells blogTO.

"We'll step away from the classic high tea service but continue offering the premium tea with off-the-menu food/dessert options."