A Toronto restaurant has had to defend itself after people expressed they were upset with what they assumed was their affiliation with Russia.

Moscow Tea Room has responded to one Google review that referenced Putin by saying they will no longer be serving Russian-made products and that they're not affiliated with Russia at all.

The review in another language translates to "Great food. Putin is lying to you. He blew up a memorial to the victims of the Holocaust." 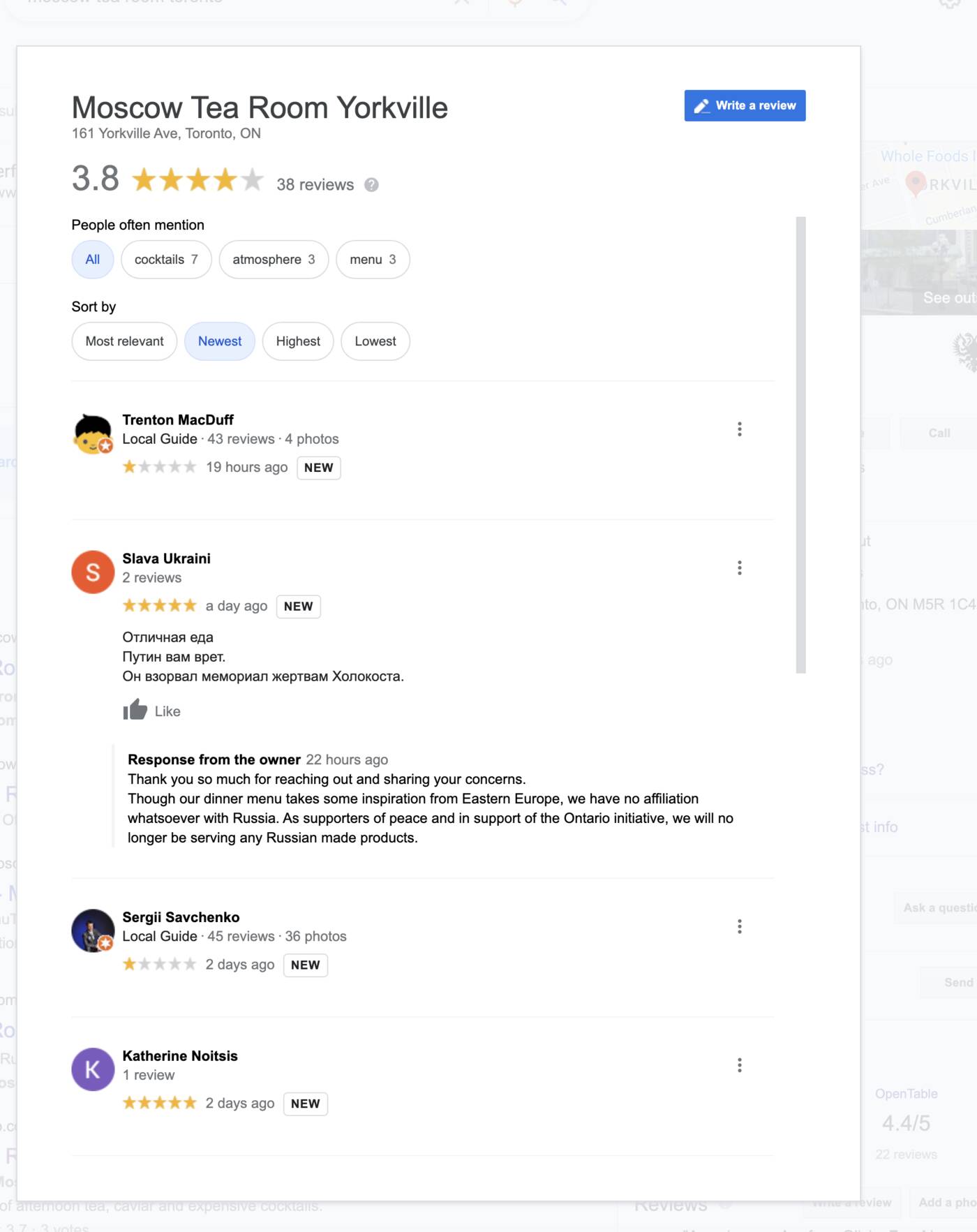 Screenshot of the Google review of Moscow Tea Room in Toronto.

"Thank you so much for reaching out and sharing your concerns," the restaurant responded.

"Though our dinner menu takes some inspiration from Eastern Europe, we have no affiliation whatsoever with Russia. As supporters of peace and in support of the Ontario initiative, we will no longer be serving any Russian made products."

"We walked out exactly the moment they invaded Ukraine," reads another Google review. The restaurant has not replied to that review.

Ilon Tyan, director of marketing for Dreammind Group (which oversees Moscow Tea Room and other restaurants in Ottawa) says that's only the tip of the iceberg in terms of messages and more they've received regarding the Toronto and Ottawa locations of Moscow Tea Room.

"We've had countless individuals messaging us with absolutely absurd and offensive material, posting one-star Google reviews, posting photos of the war as our location on Google. This applies to both Ottawa and Yorkville locations," Tyan tells blogTO.

"Although our theme is Russian and we draw inspiration from Russian dishes at both locations, we don't have any Russian products. Many individuals may assume brands such as Smirnoff are directly from Russia, but they are not."

While Smirnoff did start out with a vodka distillery founded in Moscow, it's owned and produced by British company Diageo.

"Russian culture has a lot to offer and individuals should step back and look at where they are directing their anger," says Tyan. "Canadian businesses with a Russian inspiration should not fall as collateral damage to an already unfortunate circumstance."