A Toronto bakery got a brief visit from Prime Minister Trudeau because of their efforts to help Ukraine.

Trudeau stopped by Janchenko's Bakery in Bloor West Village on March 17 at 4:45 p.m. and owner Maria Janchenko says the visit was planned just one day ahead.

"So just the day before, they called in and said that he wanted to come by and support the bakery because we are donating money," Janchenko tells blogTO. "I was completely taken by surprise."

Janchenko's Bakery is donating proceeds from the sale of borscht and donuts to the Red Cross for Ukraine. The business is one of many stepping up to support the people of Ukraine.

Janckenko says Liberal MP Arif Virani had visited the bakery previously and she thinks he may have told Trudeau.

Maria, the owner of Janchenko’s Bakery in Toronto, is donating some of the proceeds from their sales to the Ukraine Humanitarian Crisis Appeal. I swung by today to pick up some borscht, and to let her and her Ukrainian staff members know that Canada stands united with Ukraine. pic.twitter.com/xKRVFgospc

Although many people have criticized Trudeau for his "operation photo-op" while in Europe recently, Janchenko says she was happy to have him visit.

"It's always good to get support for the business and to get awareness but also for the cause," she says.

Trudeau didn't say much — just thanked her for the borscht and "pray for Ukraine," she says. She thinks Trudeau bought borscht but there was a lot of commotion in the brief visit.

"It's all really a blur to me because it was pretty chaotic," she says. "I mean, there were so many people."

Word got out because the street was closed and several people wanted to get a glimpse of the PM.

Janchenko's family are displaced persons from Belarus near Ukraine and many of her staff have Ukrainian heritage.

"It's [the war] been really hard on them," Janchenko says. "They're basically like just focusing on work because what can you do from here? Right? So send money, that's all we can do."

Some staff members were a little "star-struck" and happy to meet and chat with the Prime Minister briefly. Janchenko says JT was charming and "so pleasant."

She tries to stay out of politics and "things are tense between Russians and Ukrainians."

As an Eastern European bakery, she says Poland, Russia, Ukraine, Belarus and other nearby countries share so much in common.

"I tell people I just focus on our commonalities, which is like, for me, the food," she says.

She also noted not everybody's a fan of Trudeau.

"Some people are sending me messages like, 'Oh, I'm never coming to your bakery again,'" she says. 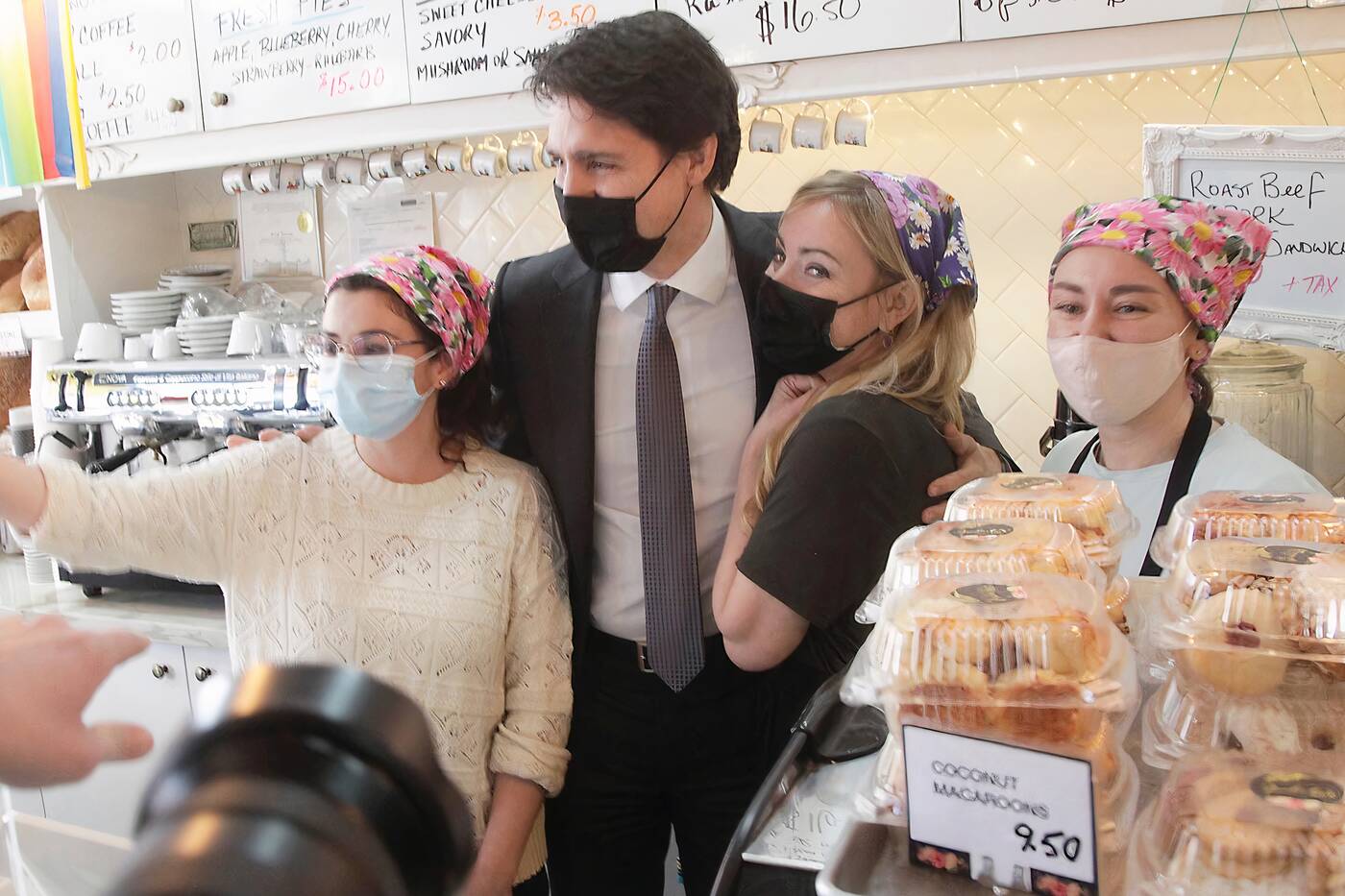 But so many people are offering support.

"I have people coming in and because people know me in the neighborhood, they're just stopping me on the street and giving me money to add to the donation," she says.

"Canada makes fun of Torontonians that we're not very nice people. It's so not true. The amount of generosity and the kindness is incredible."