After a foray into cereal a few years ago, Tim Hortons is trying its hand at grocery items yet again with an all-new line of ice cream that is due to hit Canadian supermarket shelves in the coming weeks.

The product will come in five flavours inspired by some of the brand's most popular snacks and beverages: birthday cake timbits, apple fritter, double chocolate donut (which will feature actual chunks of donut), salted caramel iced capp and fruit explosion.

Fans eager to get their hands on a pint or five can grab them at Loblaws, No Frills, Real Canadian Super Store, Metro, Sobeys, Walmart, Longo's, Fortino's, Your Independent Grocery, Provigo — basically everywhere most people shop for food in the country, making the ice cream almost as ubiquitous as Timmies coffee. 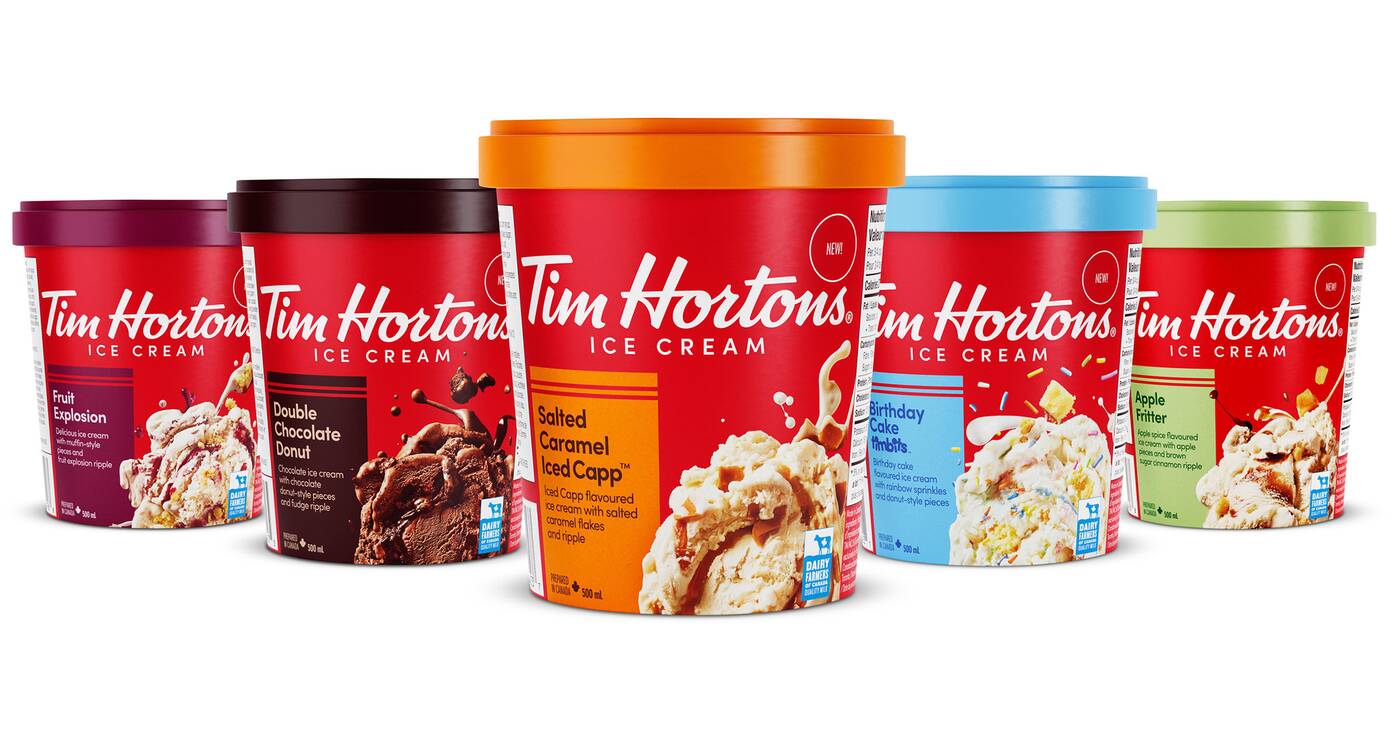 The company's vice president of consumer packaged goods says in a release that he anticipates Canadians nationwide will love the desserts and the "only-at-Tims tastes" they offer.

"We're really excited to be re-imagining some of our most popular flavours as ice creams," he adds.

The new endeavour interestingly enough comes nearly a decade after the chain stopped serving Cold Stone Creamery ice cream in-store — a partnership that apparently hadn't been all that successful.

Along with the ice cream and various breakfast cereals, Tim's also has its own branded soups, chili, granola bars, and of course, coffee and hot chocolate available at various Canadian supermarkets.