Liquor store lovers, rejoice: The LCBO has finally opened its new flagship store along Toronto's waterfront, right next to its old head office complex near the base of Yonge Street in the burgeoning Sugar Wharf neighbourhood.

With 24,000 square feet of retail space and the largest Vintages wines selection in the entire LCBO network, the new downtown flagship across from the Redpath Sugar Plant, just steps from Sugar Beach, should prove popular among locals and tourists alike.

Representatives for the Crown corporation say that, in addition to more than 4,000 different products, the store will also offer up a host of "engaging and convenient shopping experiences for customers."

This is said to include digital product tags, hyper-local pop-up displays, 44 free covered parking spots and even an art installation by Hamilton's Trevor McIntyre that is meant to "remind customers of the dangers of drinking and driving." 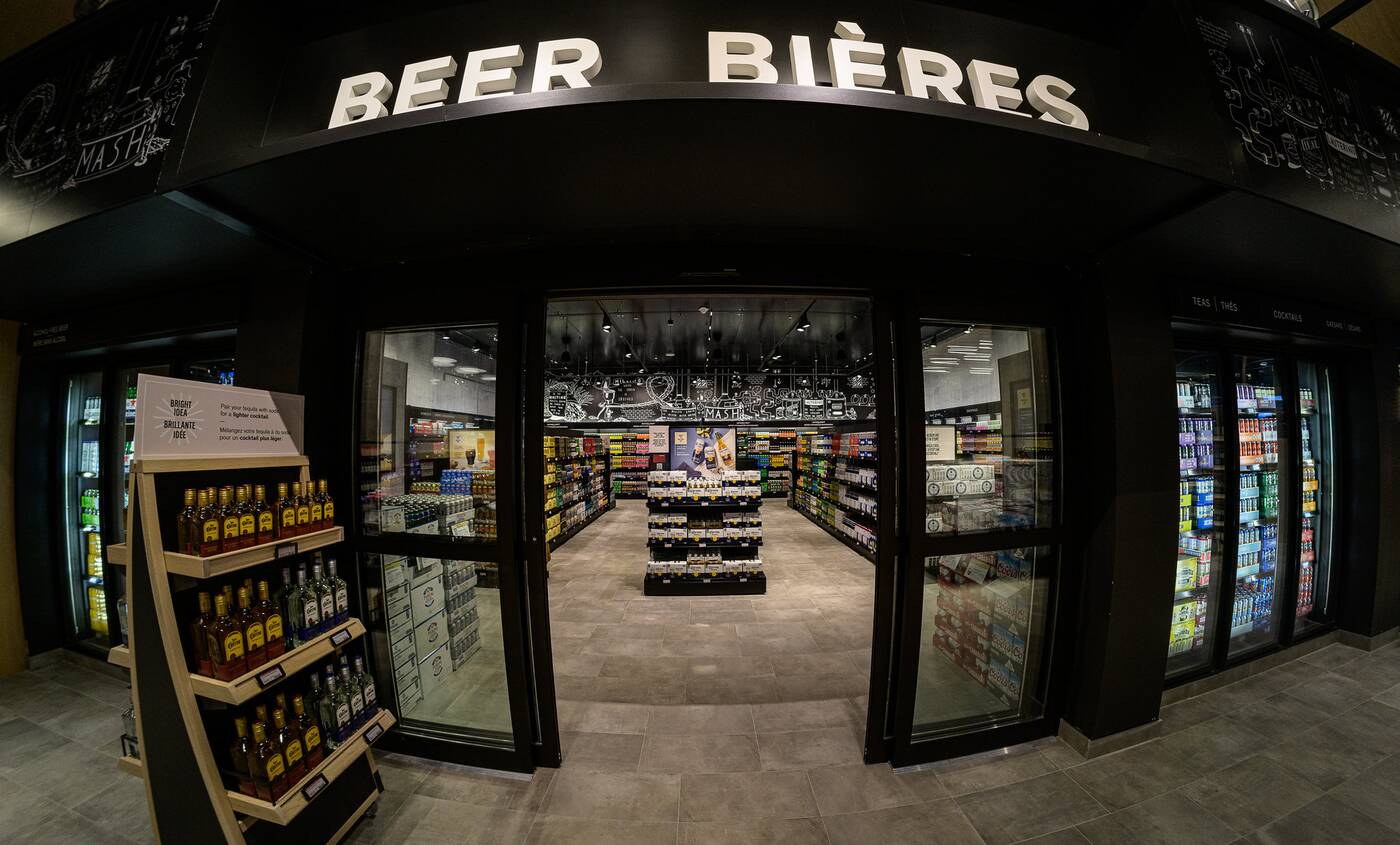 The store will feature a 1,400-square-foot cold room of beer and ready-to-drink products. Image via LCBO Press Office.

"In time, tasting hubs will offer opportunities for customers to sample select on-trend products, interact with brand experts, and expand their wine, beer, and spirits knowledge. Pop-Up Shop experiences will highlight product pairings for holidays and special occasions throughout the year, beginning with Lunar New Year celebrations in February."

Like most other downtown LCBO stores, customers can also place orders online for same-day pickup in three hours or less.

This should be convenient for people who live in the condos above the new store and LCBO headquarters at 100 Queens Quay East. Both were built as part of Phase 1 of Menkes' Sugar Wharf redevelopment, which is eventually expected to bring some 4.5 million square feet of mixed-use space (residential, retail, commercial and park) to the area in total. 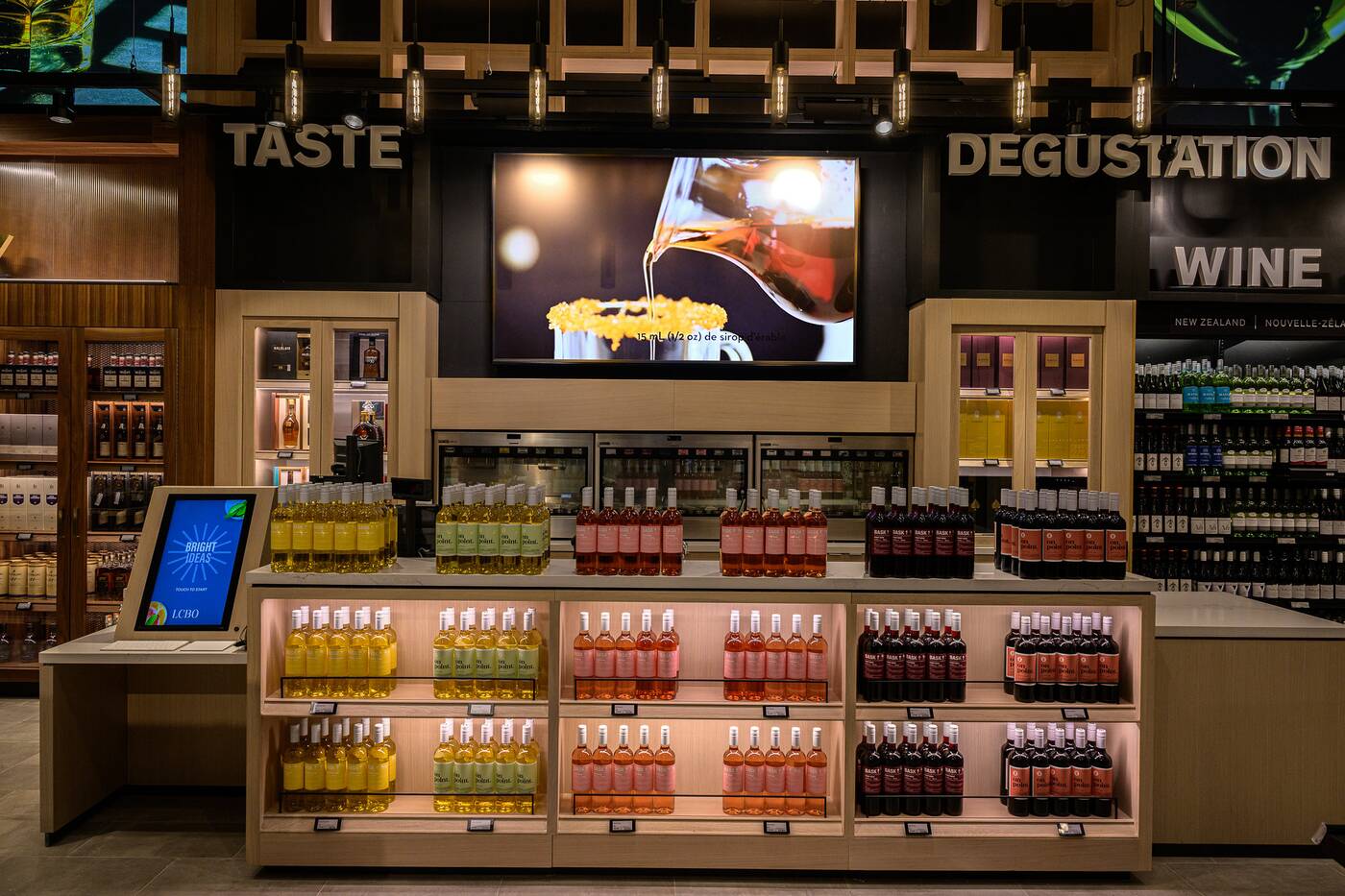 The new store boasts over 1,500 different wines, the widest selection of all 670 LCBO stores across the province. Image via LCBO Press Office.

With a new HQ secured for the LCBO, Menkes can now move forward with building the next phase of Sugar Wharf on the corporation's old head office lands, which were sold by the provincial government in 2016 for $260 million.

"On the 95th anniversary of opening our first LCBO store in Toronto, it is fitting to be celebrating another milestone by opening our relocated flagship store in this vibrant waterfront community," said LCBO President and CEO George Soleas on Friday.

"We are thrilled to offer new, innovative ways to shop while providing the enhanced convenience and choice Ontarians have come to expect from the LCBO."