For all of its conveniences, condo living comes with some very specific potential bummers that anyone renting or buying should be aware of – especially in downtown Toronto.

That sick view of the CN tower you fell in love with at the viewing? It could be temporary if some developer decides to buy, bulldoze or build a new complex across the street. You could lose your cute sun-drenched living space to perpetual shade for the very same reason.

What I'm saying is that you never really know what might pop up across your once-perfect Toronto vista, near or far... but few would expect that a mediocre view of more condos across the street could get worse.

Enter lights — and in the case of this story specifically, the bright-as-heck sign of a soon-to-open business — intense enough (for some reason) to flood entire floors of a condo building with brilliant, overpowering light.

Like Jerry Seinfeld and Cosmo Kramer when Kenny Rogers' Roasters sets up shop from the latter's apartment, residents of the Zed Lofts at 38 Niagara St. have been unwillingly basking in the glow of a sign for the new Kettlemans Bagel at the corner of Bathurst and Front Streets for weeks.

Unlike Jerry and Kramer, whose bestie George got their beloved chicken restaurant shut down with his gross rat hat, the people who live at Bathurst and Front have a happy ending to their story.

And now, incidentally, they have an endless source of dope Montreal bagels across the street.

The whole shebang started when Kettlemans — a highly respected bagel-maker and sandwich shop out of Ottawa — started building its first ever store in downtown Toronto at 33 Bathurst St.

The brand's sixth location (second in Toronto,) the shop at the base of Bathurst Street (near that cool bridge) doesn't actually open until March 3, but residents of the Zed Lofts began complaining of its signage on Facebook as early as January 30.

"I just emailed Kettlemans about the sign. We're in [redacted] and it shines right into our apartment. I'm hoping they can either dim the light and/or not have it on 24/7," wrote one person who lives in the building on Facebook at the end of last month.

"I've never complained about anything like this before and am hoping they will do something about it so I don't have to call 311."

It didn't take long for other residents who disliked the late night lights to chime in with comments and photos of their own. Some of their pictures were pretty damning. 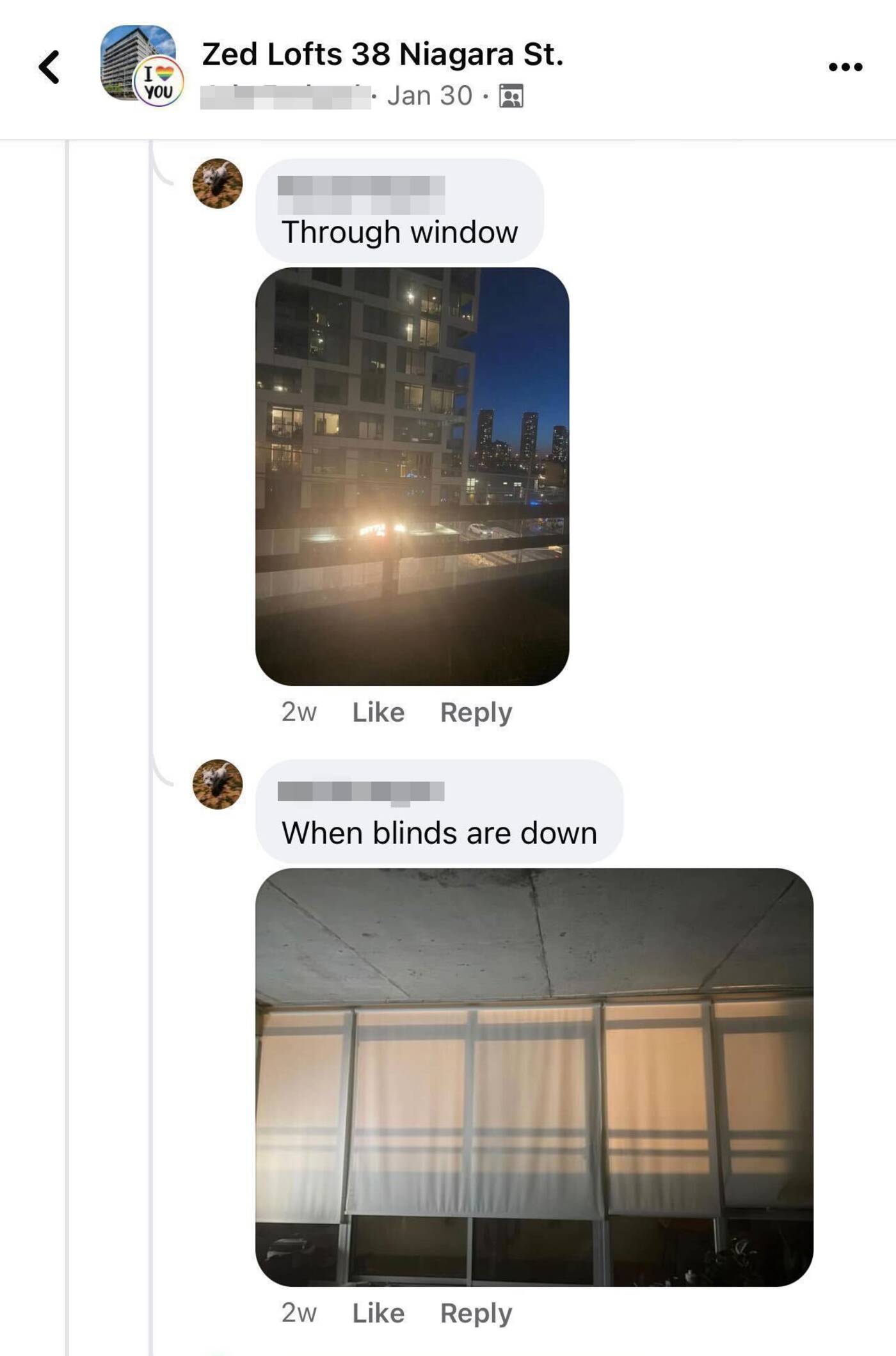 When asked about the painfully bright signage, the City of Toronto told blogTO on Thursday that "a complaint was received by the City yesterday" and that "based on a preliminary investigation, the sign does not appear to have a permit and an inspector from the City's Sign Bylaw Unit is following up on this item."

But according to Kettlemans, there's no longer a need for follow-up; even before a complaint was lodged with the city, the company says it was aware of criticism on Facebook, and that it had taken action from the get-go to minimize the sign's glow.

"Kettlemans Bagel received feedback from the residents of Zed Lofts regarding the brightness of our new sign," said Amer Wahab, President of Kettlemans Bagel, in a statement to blogTO Thursday afternoon.

"We take community feedback very seriously and immediately ordered a dimmer for the sign which arrived and was installed yesterday."

Sure enough, photos from this very afternoon show the sign in all its unlit glory — discernible to the naked eye without so many lights obscuring it from cameras.

Residents of the adjacent buildings are no doubt pleased to learn that their Facebook complaints resulted in concrete action, as this isn't always the case.

Now they and the rest of us can enjoy watching those huge-hold, twisty, addictive French-Canadian bagels and bagel spreads without hesitation once the store opens early in just a few weeks.