Toronto bar owners are calling out the LCBO after they say a store manager recently called police on them for simply trying to return unused products after the province went into lockdown.

Arcade bar FreePlay is already out $40,000 over cancelled corporate parties and holiday/NYE events, for which they had stocked up on booze.

With the current month's $14,000 rent, and staff, still unpaid, it's only logical that they'd try to get some money back by returning holiday liquor that was never consumed.

However, whenever they've tried to make returns at the LCBO, Freeplay owner Jake Yakobi told blogTO it's "almost always a fight."

Before returning to the store at 675 Wilson Ave. on Jan. 9 where they made their purchase, Freeplay owners claim they even called the LCBO head office who they say approved the return and assured it would be accepted.

What happened next, according to Yakobi, is that the acting store manager at the Wilson LCBO refused to accept their return, telling them to call the head office again.

Yakobi says he got head office on speaker phone at the LCBO where he alleges they told a cashier to process the return and said the acting store manager should have been the one to call. 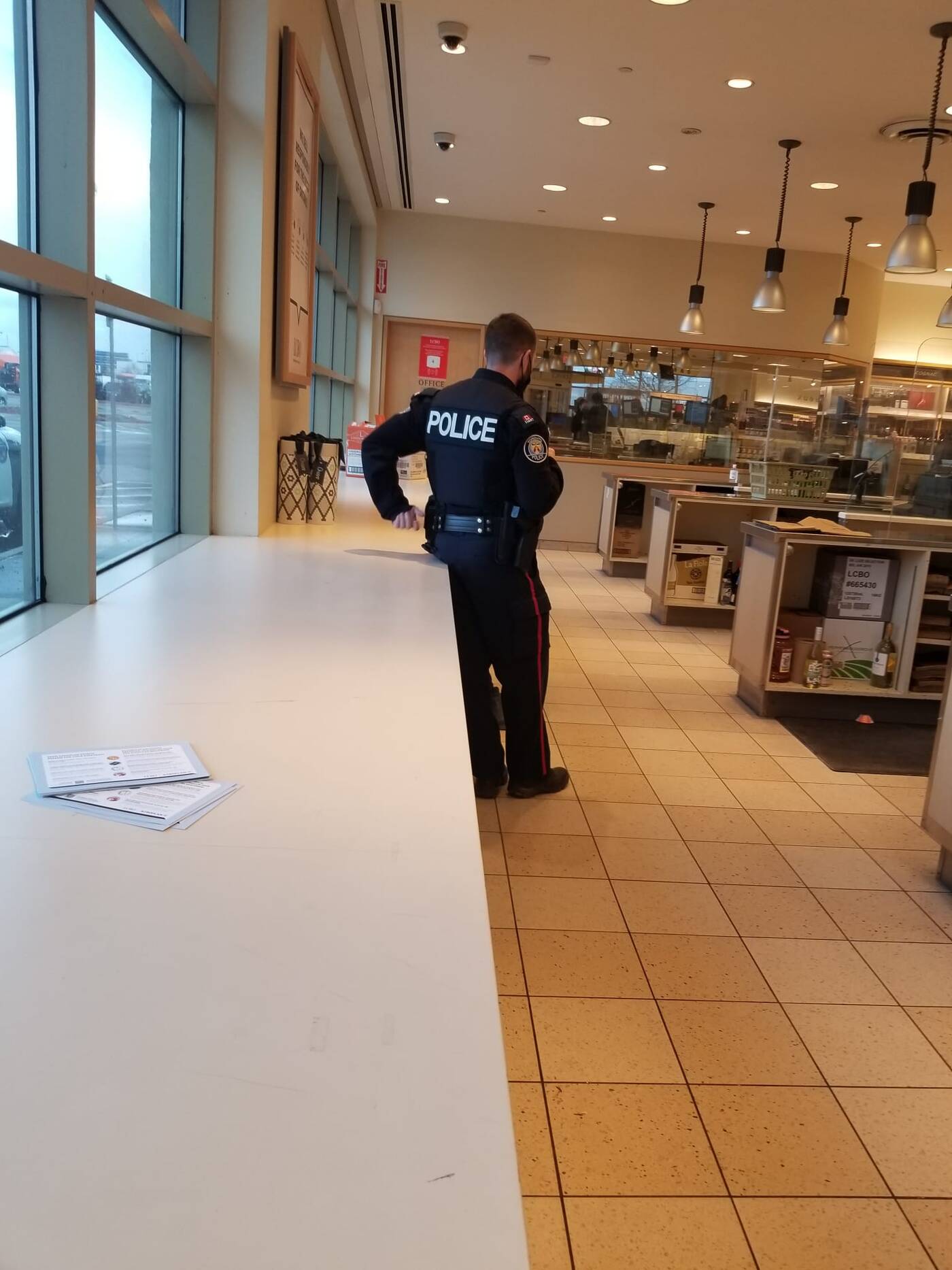 Photo of the police that were called to the LCBO. Photo by Jake Yakobi.

Yakobi claims they were then told by the store manager along with another employee that the return would still not be processed and they had to leave immediately and if they didn't the police would be called.

Yakobi alleges the store manager then locked herself in her office.

"Even though we followed all the procedures and did absolutely nothing wrong we were still denied and made to feel like criminals having the police called on us. When the police arrived, they were friendly and understood our situation but were unable to do anything to assist," Yakobi tells blogTO.

"The other staff said they would have processed the refund if the acting manager had not stepped in. One employee even offered us $200 cash out of his own pocket, which we politely declined. How are the staff more professional and understanding than the so-called manager?"

Yakobi says FreePlay has been in contact with the official store manager and that he will still not process the return, and that they filed a formal complaint with LCBO head office on Jan. 10 that has still not gotten a response.

"We made several returns at other LCBO locations and this was the only issue encountered," says Yakobi. "For now, we are waiting on head office and hoping to get the news of this treatment of licensees out there."

The LCBO says FreePlay did one thing wrong: they tried to make their return outside of a 30-day period, which LCBO says was communicated at the time of the attempted return.

"The LCBO's return policy allows products to be returned within 30 days of the purchase date, when accompanied by the original receipt. In this particular case, the refund was declined because the customer returned the products outside the 30-day return period," an LCBO spokesperson tells blogTO.

"We will continue to work with FreePlay to see how we can further assist."