Toronto loves its rotisserie chicken so it comes as some surprise that one of the original locations of a local chicken chain has permanently closed.

Flock, a chain founded back in 2015 by Cory Vitello, has grown to multiple locations in the city over the years. Its second location ever was the one at 97 Harbord St. in Harbord Village.

Vitello transformed the location back in 2016 from what was then THR & Co., a short-lived spinoff from what used to be the neighbouring Harbord Room.

Over the years the Flock brand has expanded to now include four locations, all of which are currently open for takeout during the latest lockdown measures. 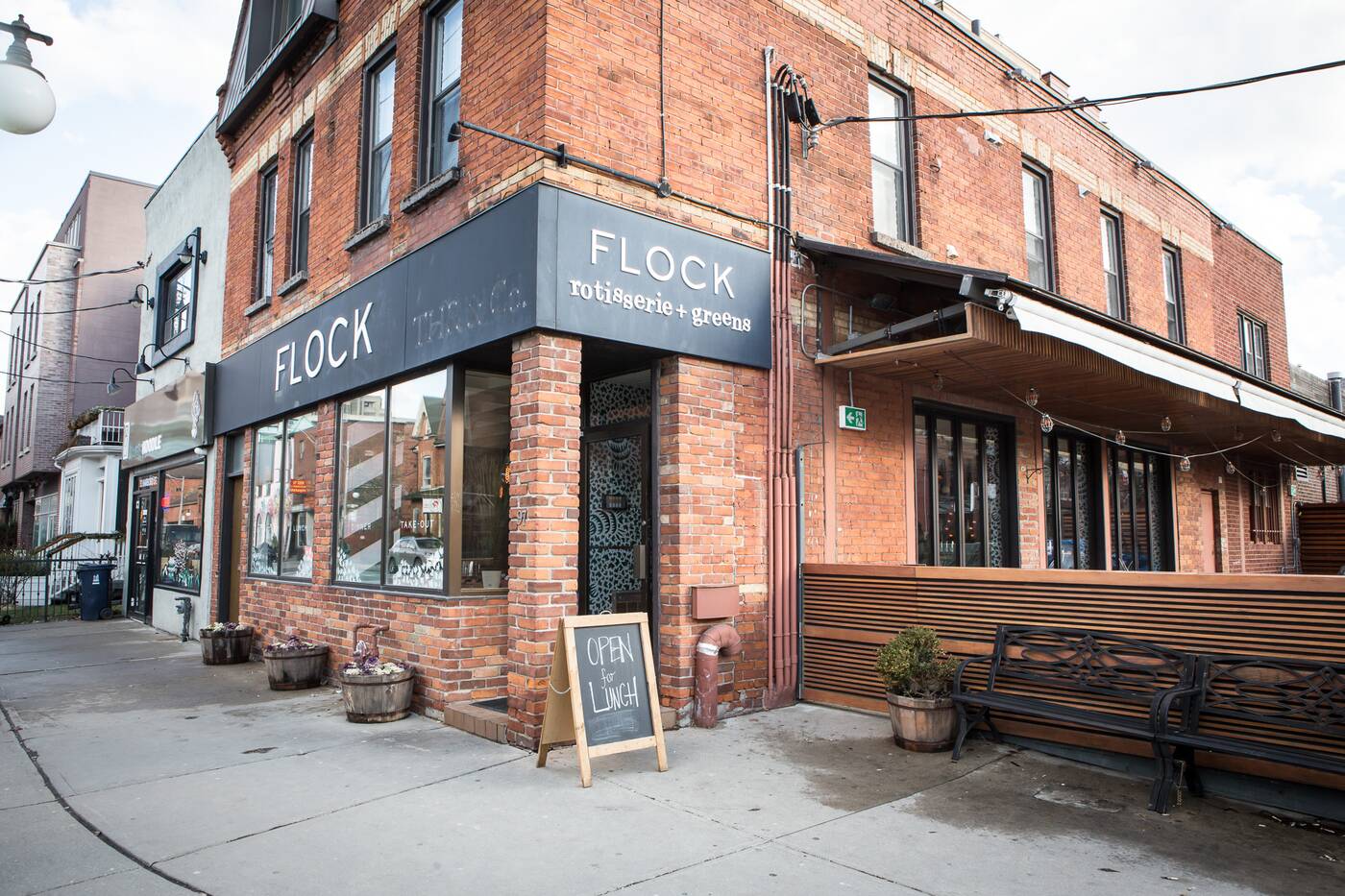 Flock on Harbord when it opens in 2016. Photo by Jesse Milns.

In a message posted to Instagram, Flock touted a soon-to-open location at 379 Harbord St. as well as upcoming locations planned for the Financial District and Niagara on the Lake.

Flock at 97 Harbord St. officially closed its doors at the beginning of the year.