A taco joint locally famous for their birria tacos has had a rough start to 2022 after their brand new location was shut down by Toronto health inspectors.

Birria Catrina just opened their second location at the World Food Market at 335 Yonge St. on Dec. 18 and were shut down 11 days later after an inspection.

According to the inspection report, the restaurant was cited with seven infractions, two of them critical. 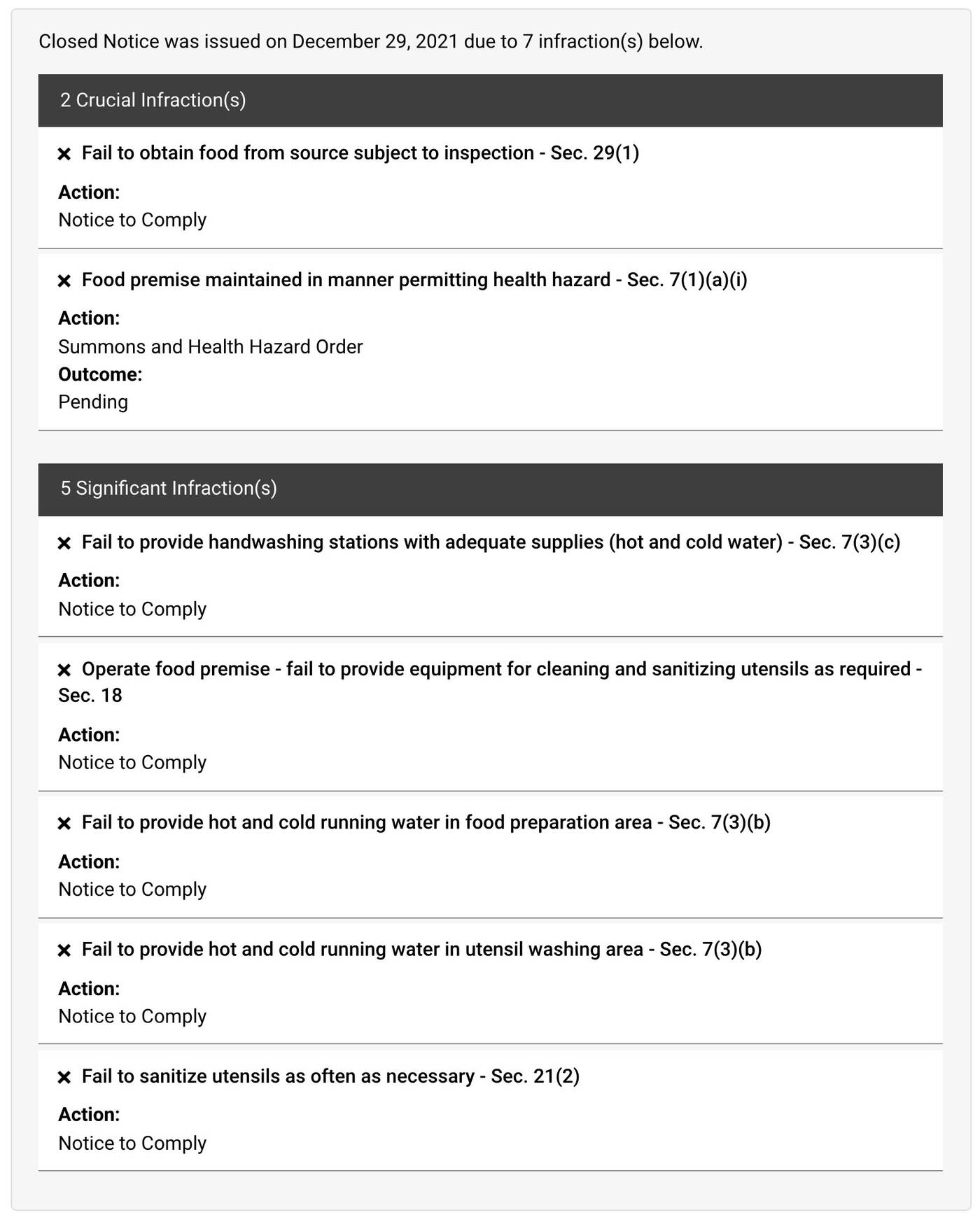 The restaurant is now listed as back open on the City of Toronto DineSafe website after receiving a conditional pass two days later.

The owner also told blogTO they've been permitted to still operate at this location as a food truck since it uses a separate kitchen.

Further, the owner states that the issues with the health inspector stem from the need to change one of their sinks to one that has more depth and that they've already complied with the request and are now awaiting re-inspection.

In the meantime, the original location of Birria Catrina in Kensington Market remains open.