A Toronto bar decided to re-create their block in gingerbread just in time for the holidays.

Last year, Penny's Bar in Bloordale made a small gingerbread house and put it in the window as a way to cheer people up.

"It started because, you know, the pandemic, everybody couldn't do much," Olivia Jewer, owner Penny's, tells blogTO. "And they were all going for walks."

Jewer and her friend Lori Steuart, who loves to bake, decided to make a cottage-type house.

"It was something that I did as a child with my grandmother," says Jewer.

It went over well — people liked to see the decoration in the window last Christmas so they decided to make it bigger this year.

"She (Steuart) thought it would be a really good idea to do a streetscape of Bloor Street," says Jewer.

They picked six businesses along Bloor Street, including Penny's, just east of Lansdowne on Bloor Street West, and friend Lenny Olin helped out too. 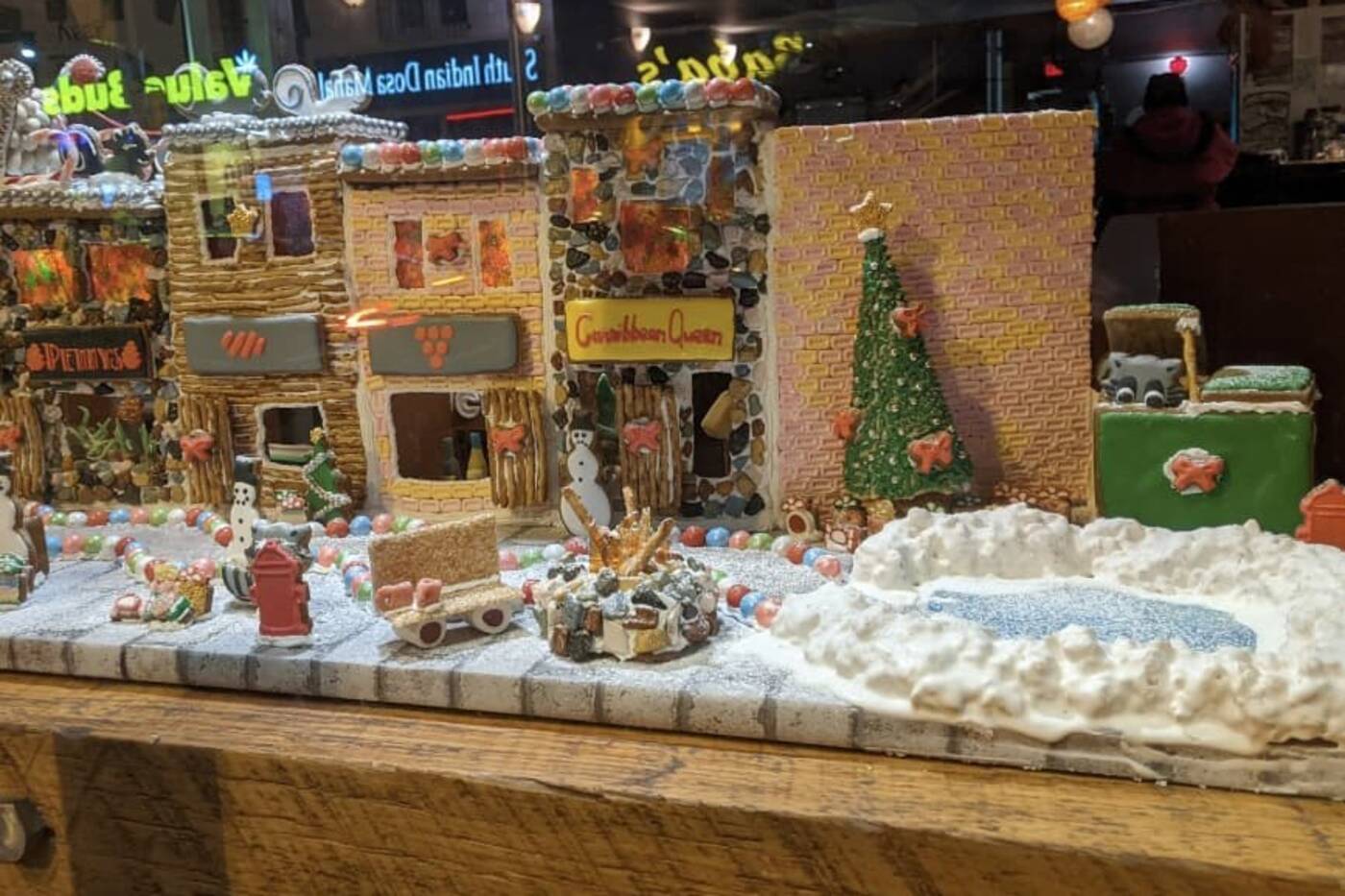 It took six weeks to complete the gingerbread streetscape.

The massive gingerbread block is about three and a half feet long, 10 inches tall and a foot and half wide.

"6 weeks, 150 combined hours, 15 pounds of gingerbread, 10 pounds of candy, 5 pounds of icing, and so much sugar later.... We finally finished our #Bloordale #Toronto gingerbread streetscape. Raccoons, the elusive #Bellwoods white squirrel and all," Steuart wrote on Facebook when sharing pictures of the creation.

"It was exhausting by the end, but I'm so proud of what we accomplished…"

The three friends started the streetscape in November. They met twice a week for a few hours to build it. Steuart made the signs with skillful icing work, and Olin worked with marzipan to create scenes inside each of the shops. 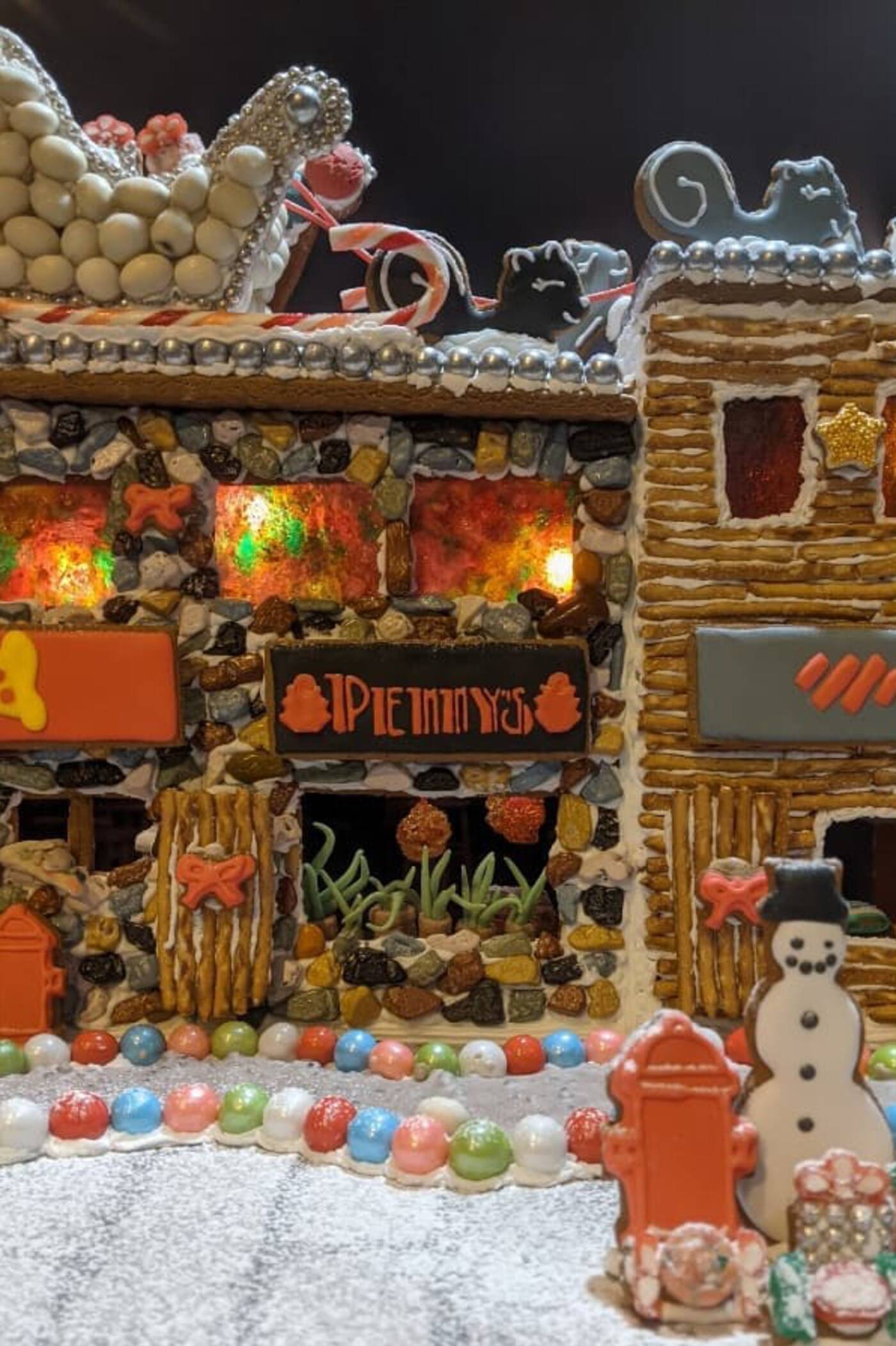 A team of squirrels is pulling a sleigh.

The extra Toronto touches include a team of squirrels, including the elusive Trinity Bellwoods white squirrel, on the roof pulling a sleigh. There is also a raccoon by a dumpster.

Jewer plans to keep the gingerbread block in her window until after New Year's Day, but after that, she isn't sure what to do with it. There was a thought to potentially raffle it off for charity.

"Every single thing on it is edible, with the exception of the lights that light up the inside," she says. "But who wants to take home something that giant?"

Also, the gingerbread will also be a bit stale by next month. Another idea is to raffle off the chance to smash it up.

"I think that would be fun. You know, like, five bucks. You get to come and destroy it if your name is picked out."