Toronto loves to squeeze every last second out of patio season, braving chilly conditions in early spring and late fall, but lining up (a local tradition) in late December for ice cream is an especially blatant disregard for cold weather, even by local standards.

The Christmas Eve closure of a beloved Chinatown East ice cream shop saw long lines of people braving the cold for one last taste of Wong's Ice Cream this week, the store's lease expiring at the end of 2021.

For its final two days of operation, Wong's attracted masses willing to inclement weather and the growing risk of Omicron for one more cup or cone of the shop's Asian-inspired ice cream flavours, which include black sesame and salted duck egg, wasabi honey, Vietnamese coffee, and chocolate yuzu.

Lines snaked for blocks from the Gerrard St. E. site of Wong's for its final days of operation, patrons clearly sad to see the popular spot close its doors.

On Thursday, owner Ed Wong had to close up shop for the day early after selling out due to overwhelming demand.

Thanks to everyone for your amazing support. And my deepest apologies to everyone that came down and weren’t able to purchase anything. Hoping everyone has a safe holiday. pic.twitter.com/lcVdzlYgIR

Food and lifestyle blogger Liz Chow was among the many who lined up for Wong's final send-off, telling blogTO that "although [the line] looked daunting at first, it moved relatively quickly." 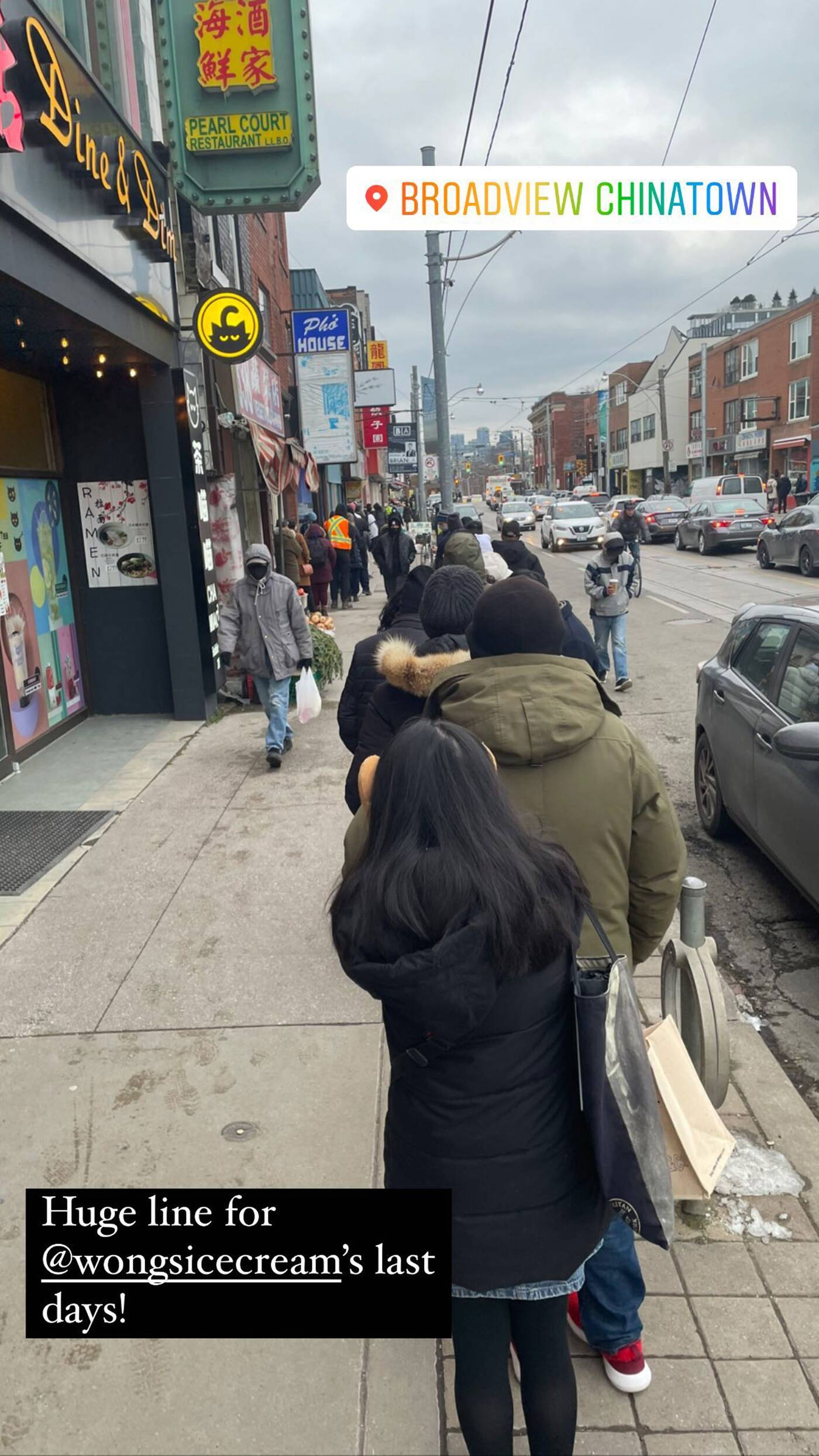 "I managed to snag two pints," says Chow, who admits that she "felt bad for everyone in line when after about 90 minutes, they had to announce they had sold out of all ice creams." 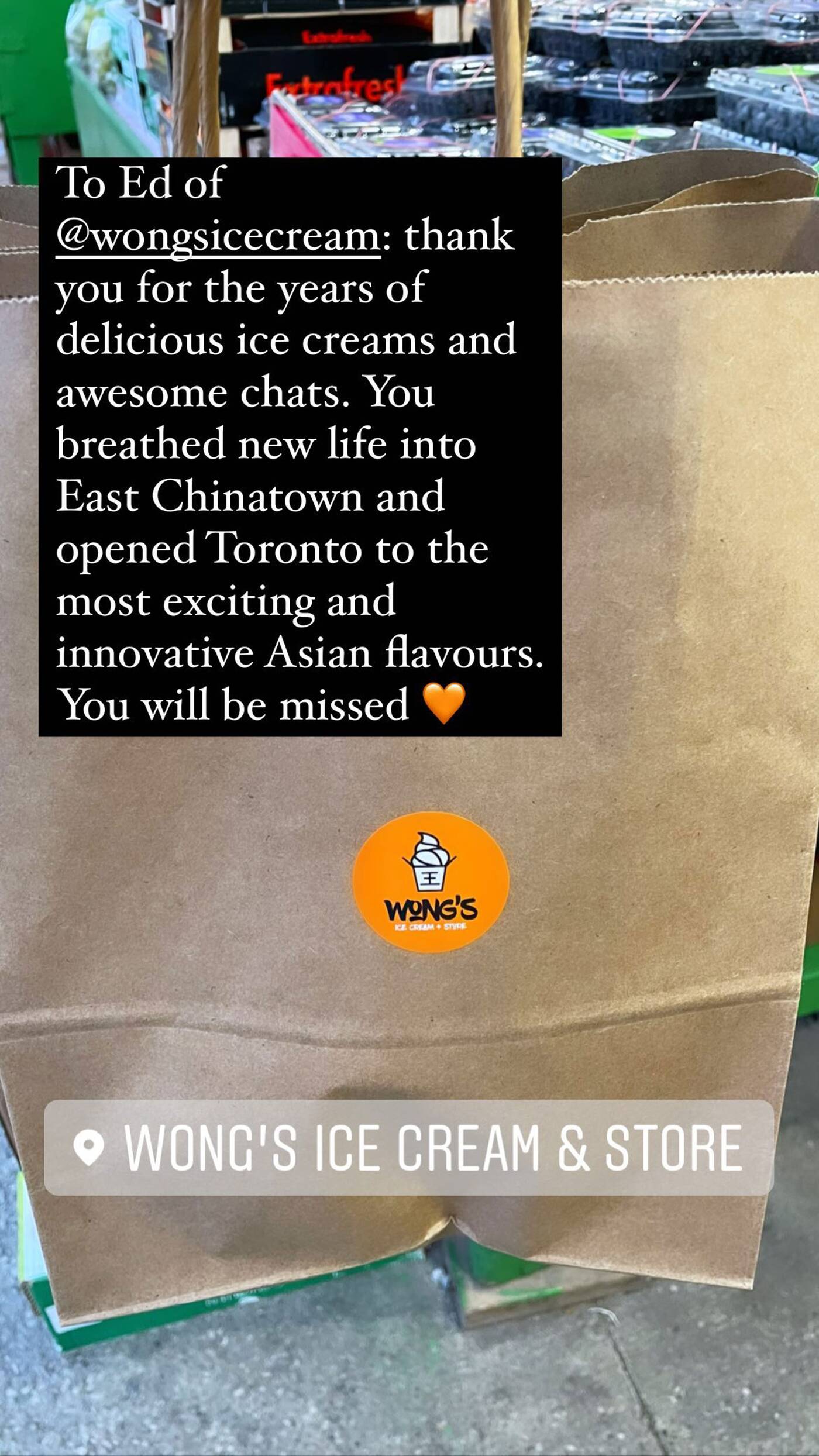 Chow says that the shop will be missed, noting how "Ed's flavours have been so innovative through the years."

As a final gesture to his loving patrons, Ed Wong sent out a tweet on Friday morning, once again thanking customers for all of the business.

I will miss all of you and can never thank you enough for all the wonderful moments and memories. Stay safe and be kind. ❤️❤️❤️ pic.twitter.com/WEVgOOPviC

Wong's opened in 2017, and in just a few short years grew to become a neighbourhood favourite in East Chinatown. Now we're only left with memories of his innovative ice cream creations.