11 years after it originally opened in Toronto, a culinary hub for food pop-ups has announced they will be closing down.

The Depanneur has been run by Len Senater since 2011, and he explained his reasoning for what he's calling a "sabbatical" in an essay-like blog post on the Dep's website.

In 2019, Senater was running over 300 events a year out of the Dep, and he writes that although his experiences have been rewarding and he has had part-time help, "it always seemed to be 3 people's worth of work with 1.5 people's worth of revenue."

Also in 2019, the rent increased by 60 per cent, for a 300 per cent increase of what it had been when he originally moved in. Senater writes he "could sense the ominous shadow of burnout" and looked into expansion and hiring a full-time staff to make things a little easier.

Turning 50 in 2020 reminded him of a trip he took at 25, and decided the best move was a "sabbatical" of sorts he could come back from, returning to develop an expanded version of the Dep. Of course, lockdowns had other plans.

"Suddenly there was no where to go," writes Senater. "In the first quarter of 2020 I cancelled and refunded more than $25,000 worth of tickets." 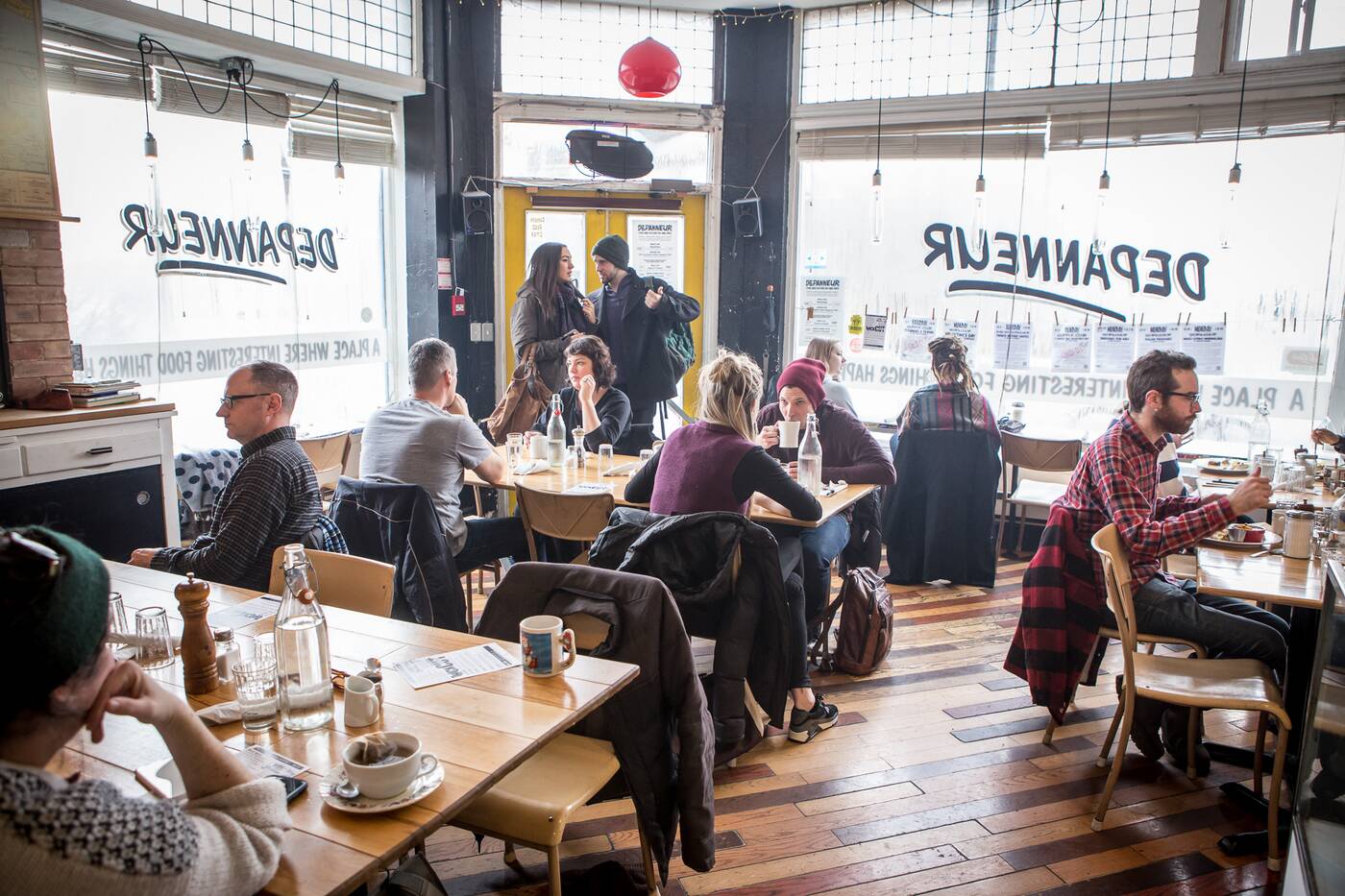 The Depanneur has become a culinary cornerstone of Toronto over the past 11 years. Photo by Jesse Milns.

The smallness of the Dep that had previously been stressful allowed it to keep running in a tumultuous time, Senater able to keep it alive with pick-up dinners and communal picnics, also masterminding a cookbook. However, there was also another rent increase at the start of 2021.

Senater had made progress on securing a new tenant for the space that would carry on his food legacy in a similar way even though he wasn't obligated to, but the landlord is turning the space into an office for their real estate brokerage instead.

Senater still has his classic good attitude about it.

"Just to be clear, this is not a renoviction, nor am I being priced out of the space," Senater tells blogTO. "This is an intentional break, to rest and renew and get ready to do it again."

They'll be doing pick-up dinners every Wednesday and Friday until Dec. 17. The plan is still for there to be another iteration of the Dep in the future.

"The Dep is planning on doing a lot of storytelling, blogging and podcasting and possibly a bunch of off-site pop-up events in the upcoming year, so people can follow on social or sign up for our email newsletter for first dibs on all the good stuff," says Senater.

"No firm plans as to a new space yet, but that's exactly what the sabbatical is for: to be able to move thoughtfully and intentionally into the next chapter of the story."