St. Lawrence Market in Toronto has been home to a bulk food store that's been around since the 1970s, and it's actually been run by the same family the entire time. 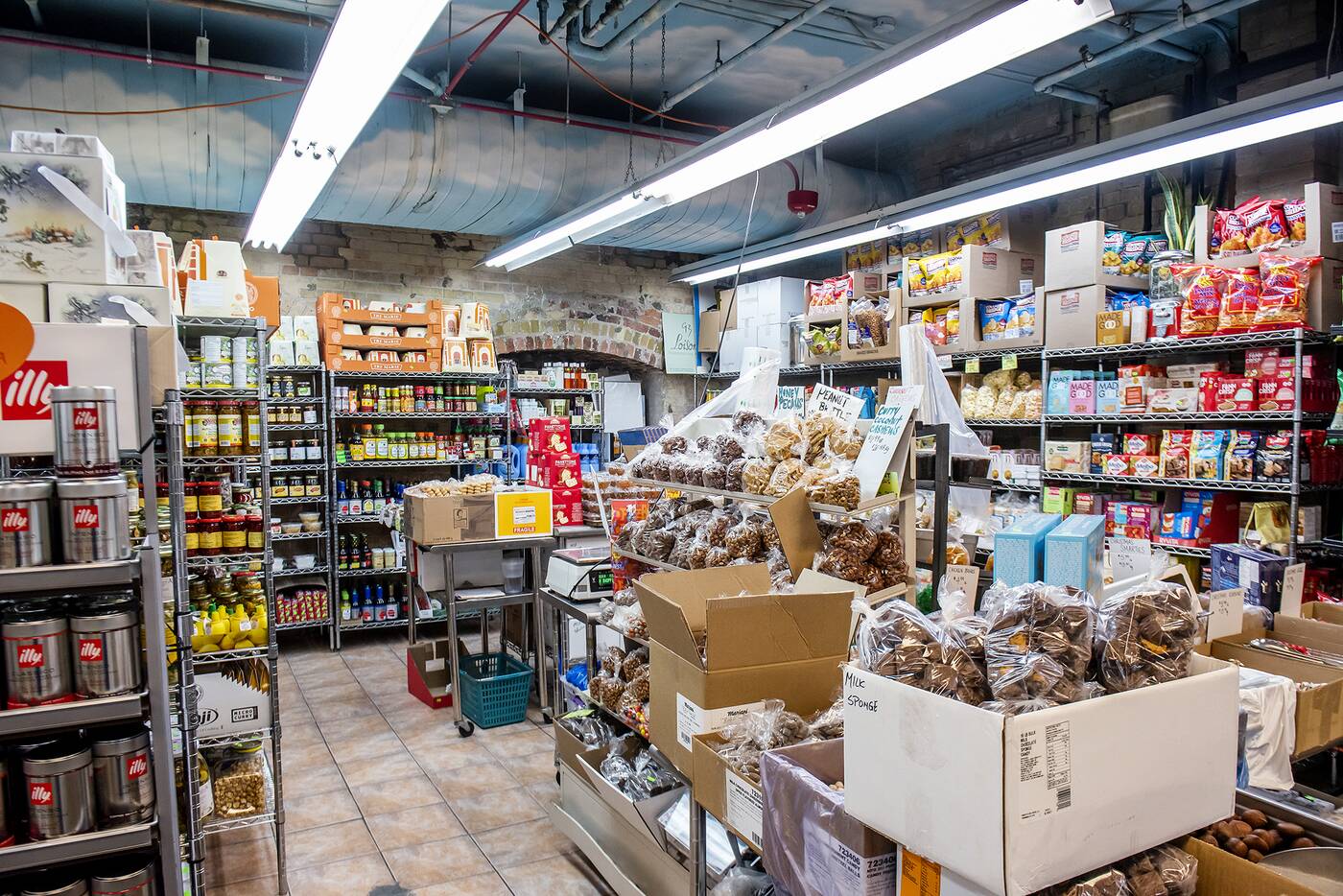 His wife Linda started helping out a few years after the store was opened, and now in addition to nuts and dried fruits they also carry lots of imported products like San Marzano tomatoes, vanilla from Madagascar or Tahiti, Italian olive oil and Belgian chocolate. 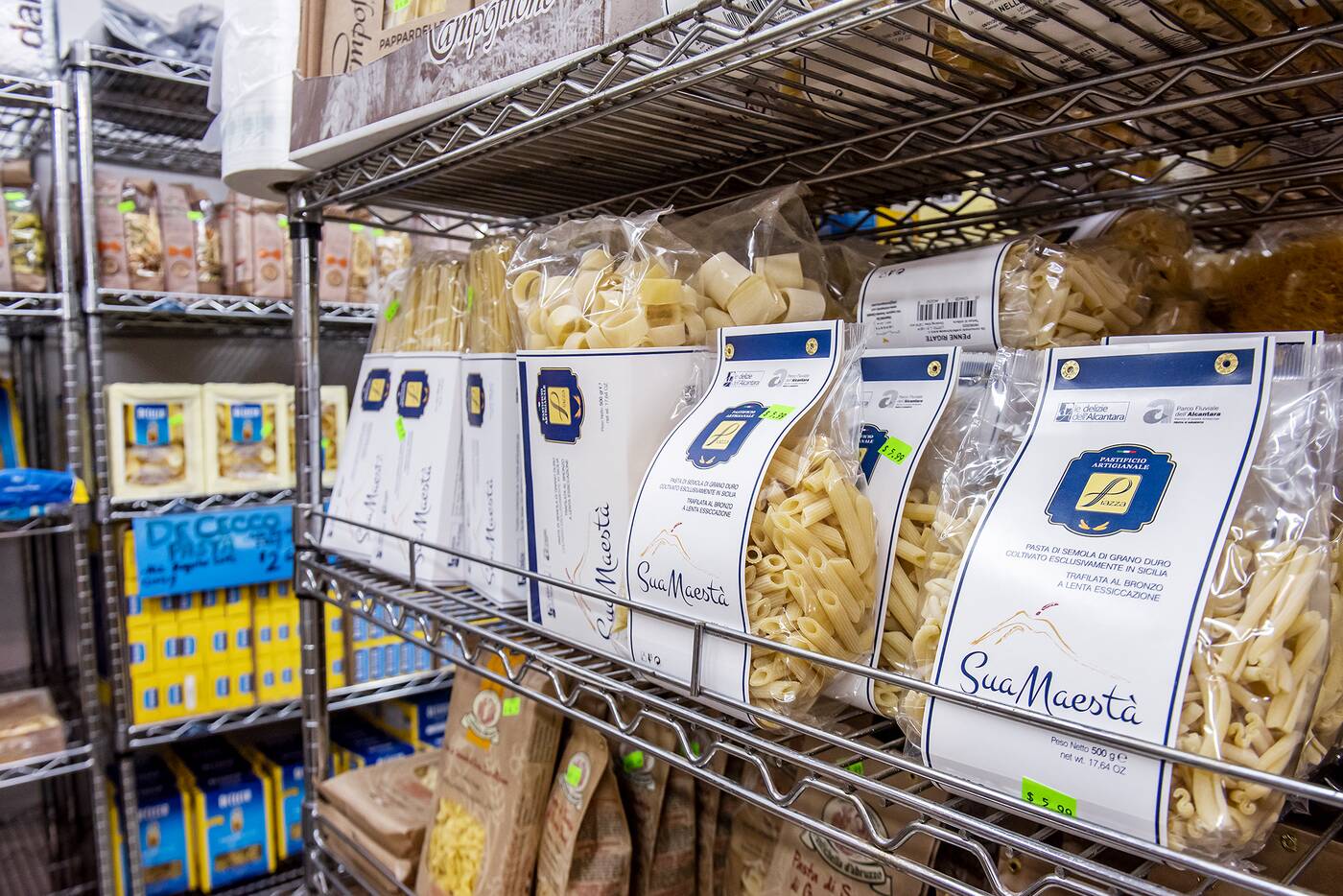 They also have spices, coffee, hand-picked Persian saffron and around 50 varieties of Italian pasta. 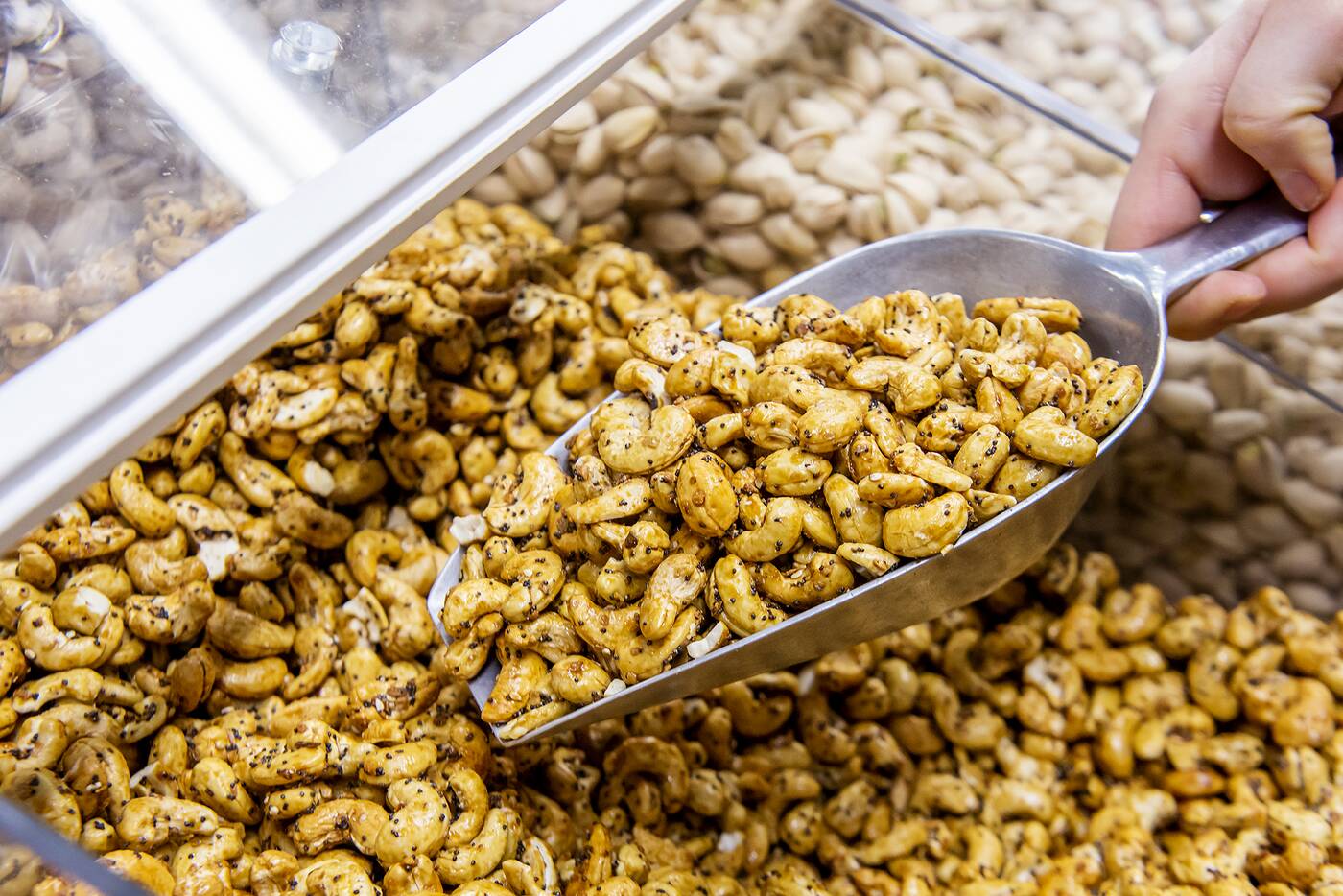 Other interesting items include local hemp hearts, around 20 varieties of vegetable chips, seeds, chestnuts and flours. 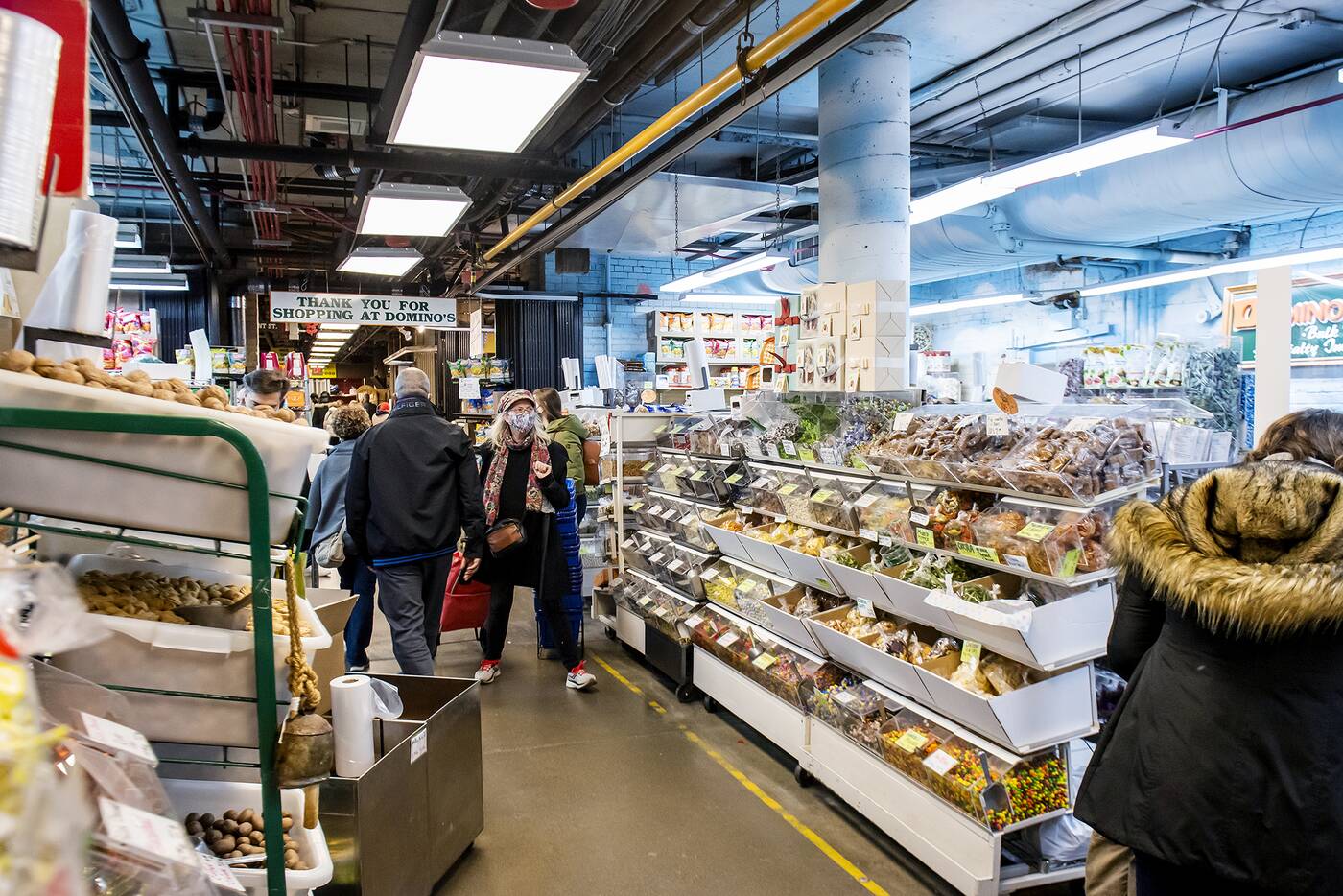 "Our finest products are a reflection of what our taste buds prefer," Giovanni Grisanzio, John's son who still works with him at Domino's, tells blogTO. 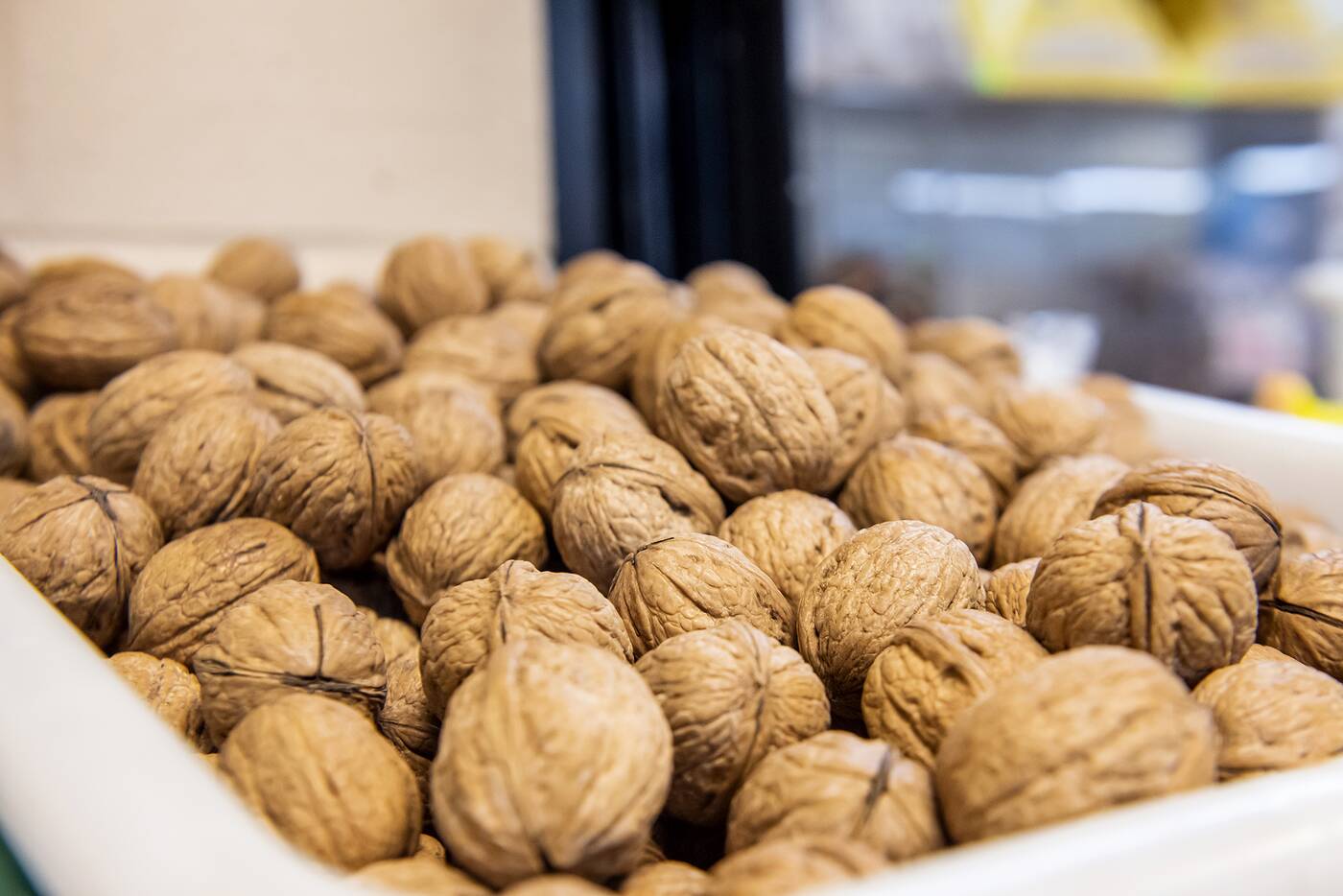 Longstanding relationships with suppliers like JohnVince Foods and Aurora Importing are to thank for their wide range of items. 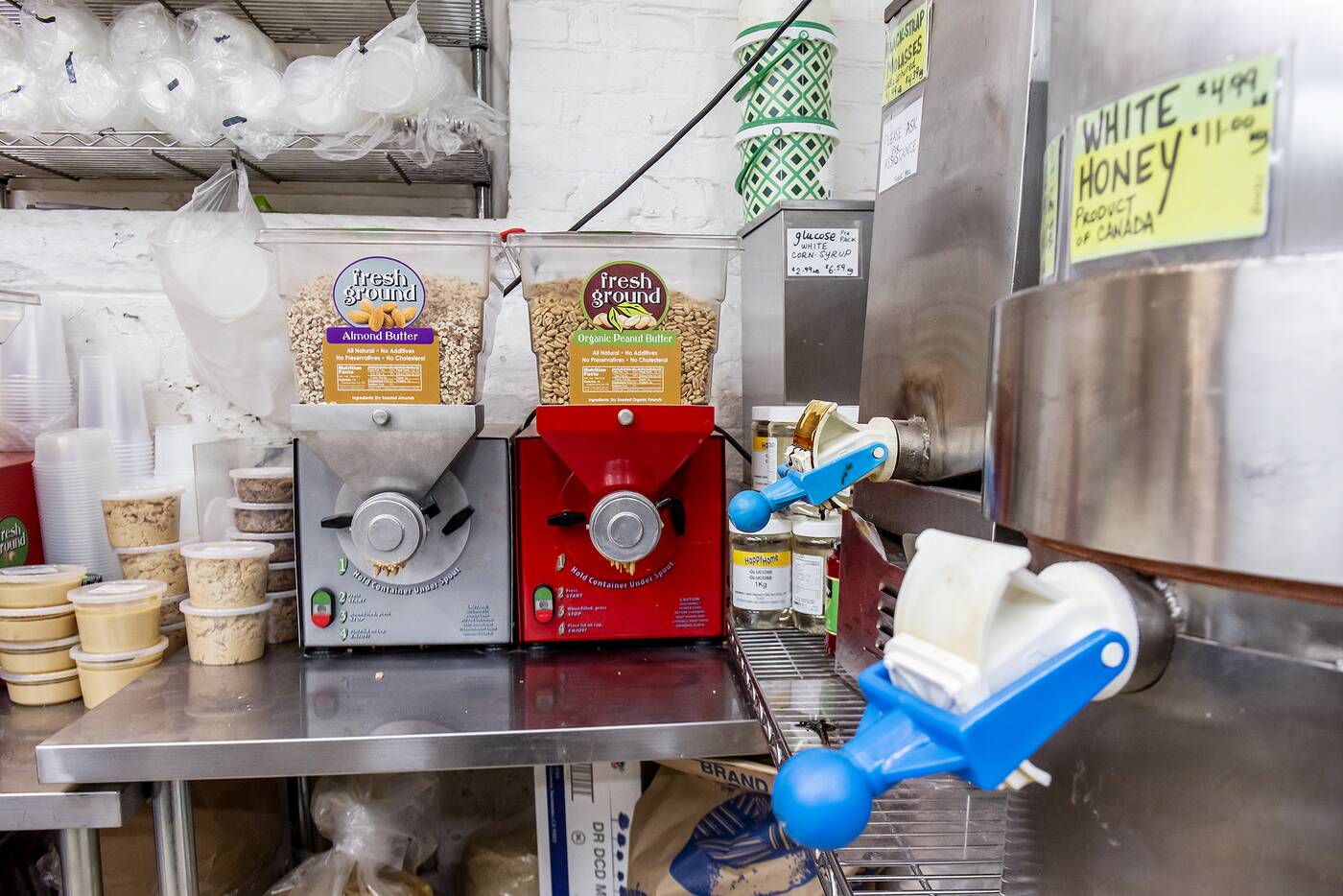 Domino's was one of the first bulk stores in Toronto to allow people to bring their own reusable bags, jars and containers. 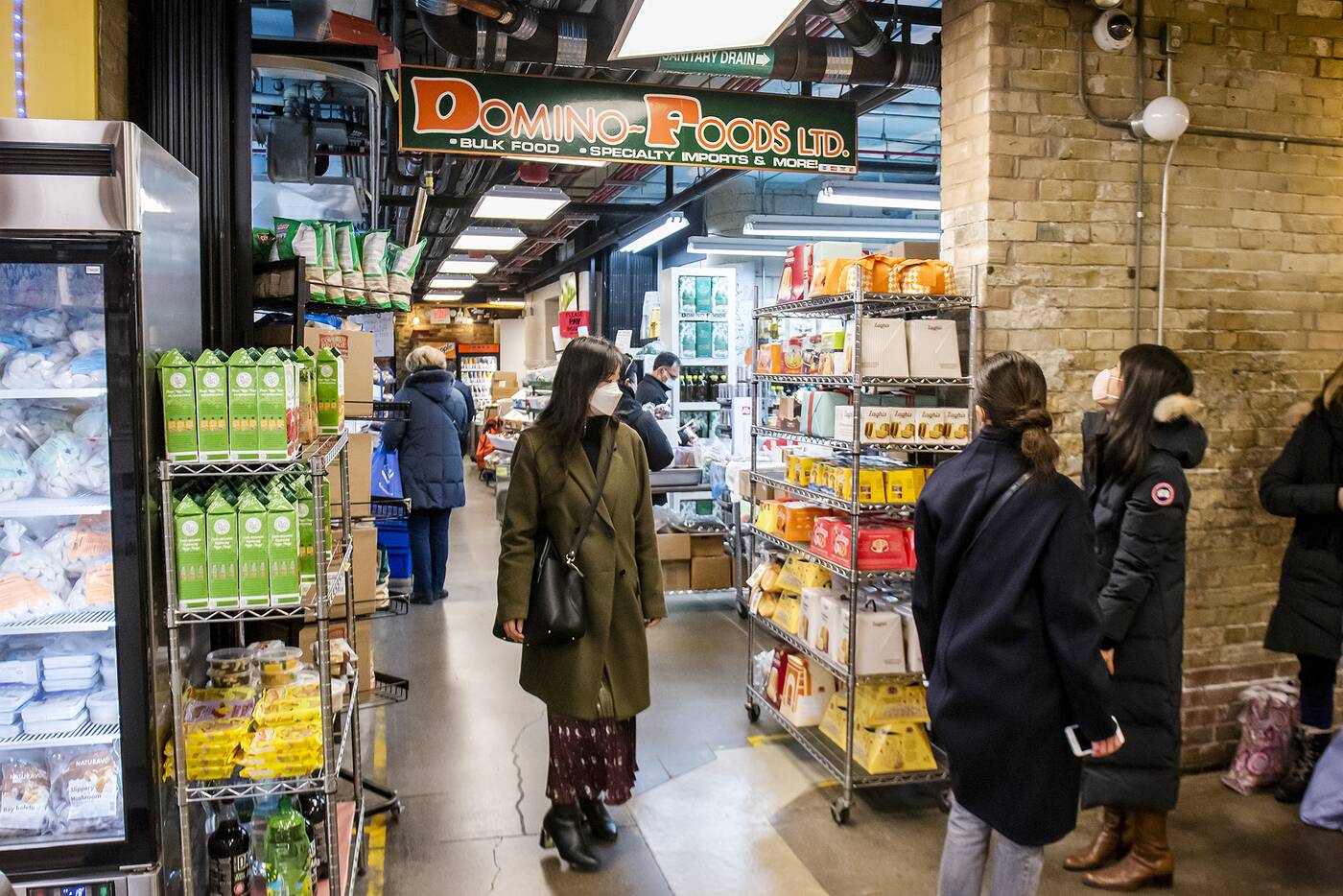 John's long time friend Domenico, AKA Domino, also helped him start the store, and it was named for him. 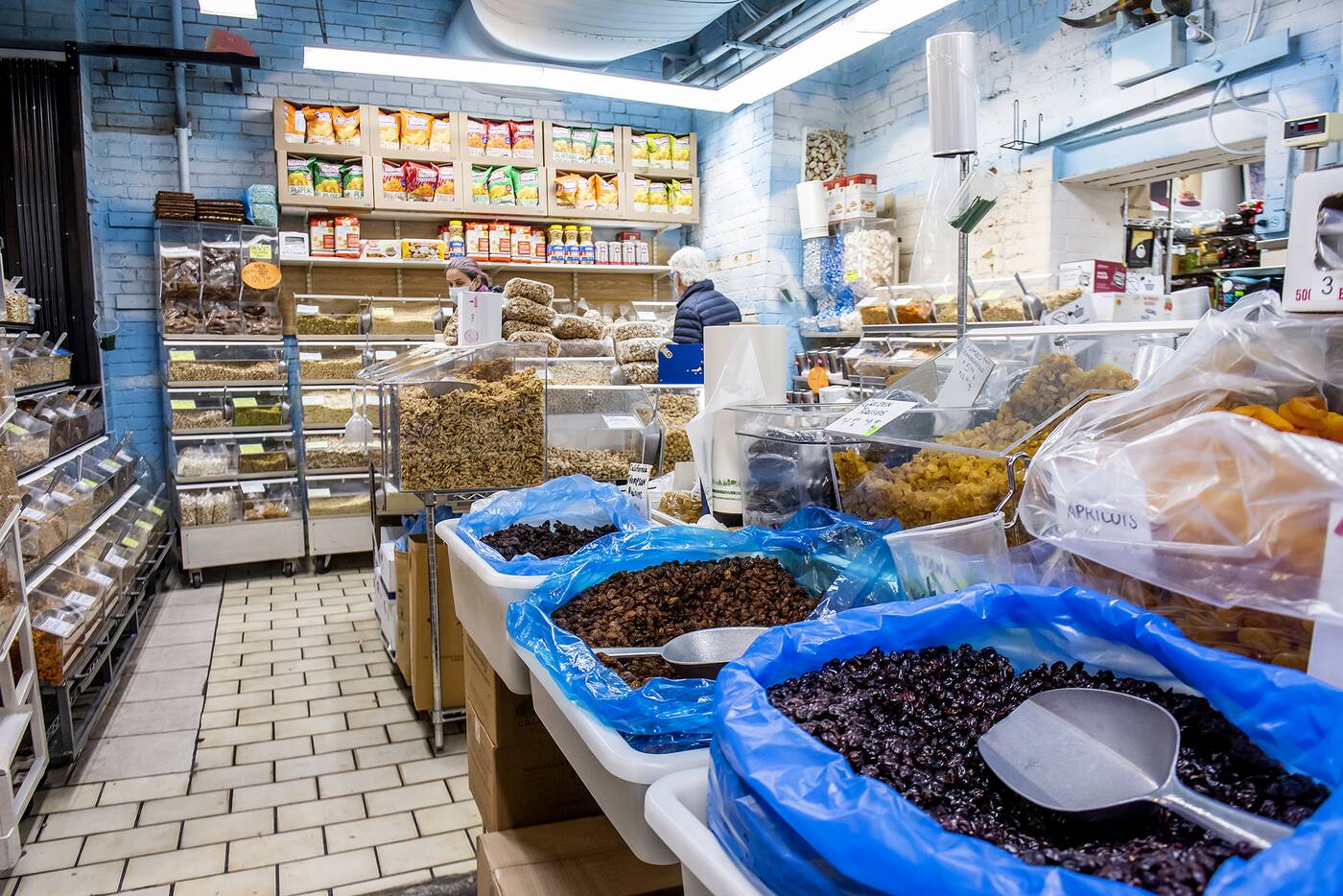 "I remember my mom Linda taking the subway down to King St. Station holding rolls of quarters and dimes in her purse and the other arm carrying me," says Grisanzio, recalling memories from arond the age of four.

"My first pay cheque was a $2 bill, between my sister Chiara and brother Giacomo. We use to clean the cash register area and whatever was left under the scale was ours. We wanted to be paid in candy but that never happened." 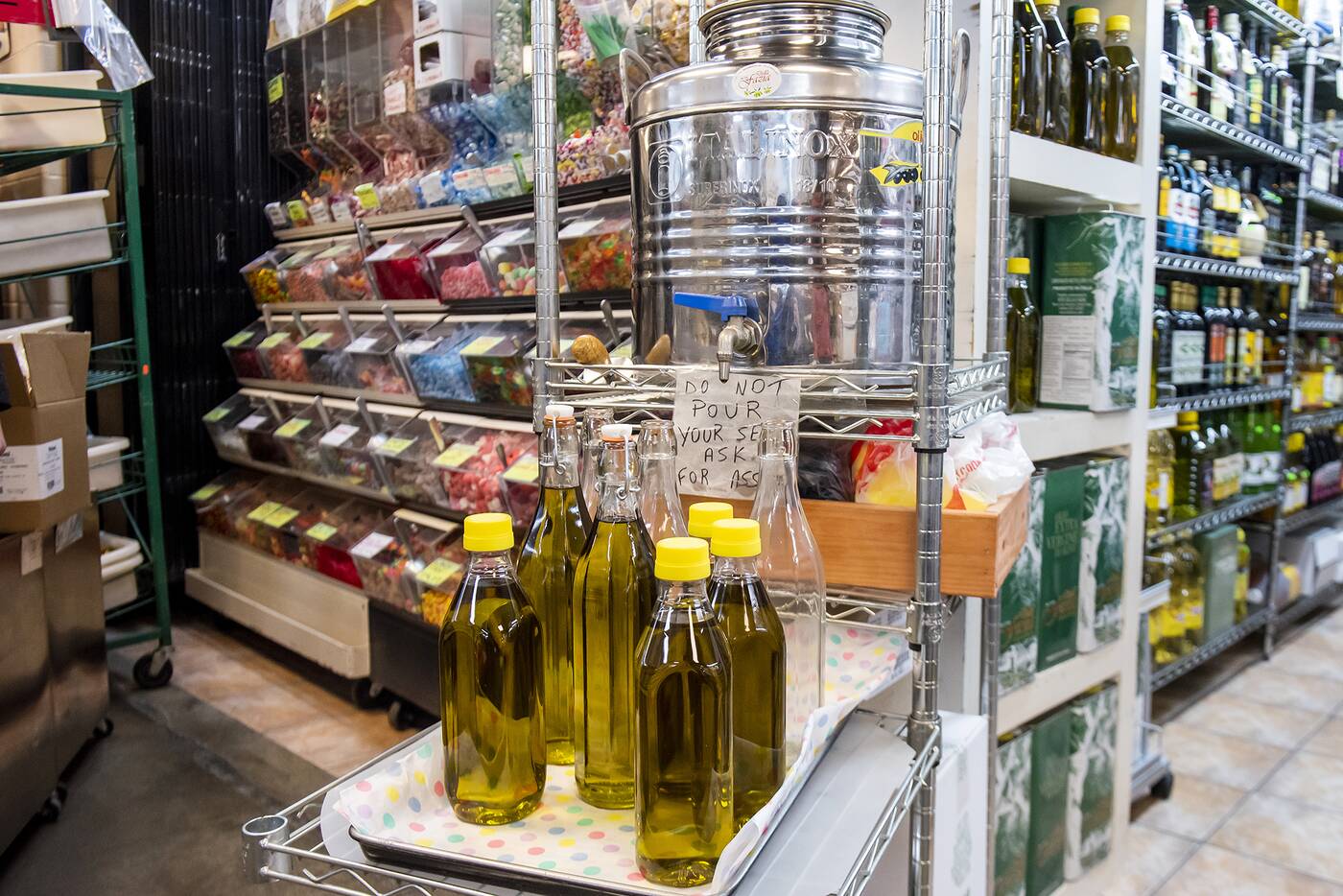 While the place is still family-run as it has been since the beginning, Grisanzio shouts out longtime employees Q and Sonia who "are always ready to help," have great customer service skills and apparently are able to keep thousands of bulk prices memorized in their heads. 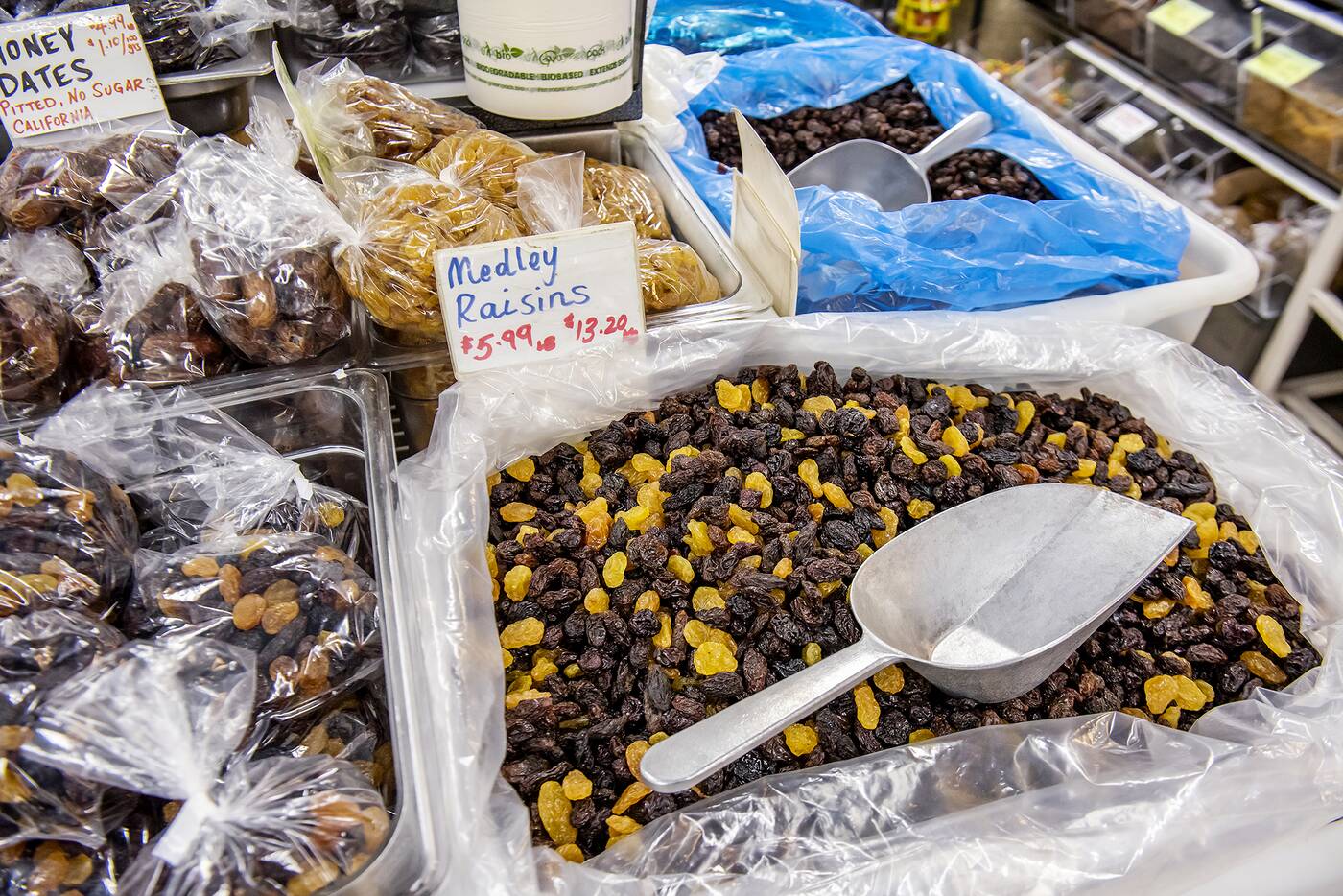 In March 2020, the store had to start enforcing plastic gloves and social distancing at the shop, and started washing their scoops frequently. 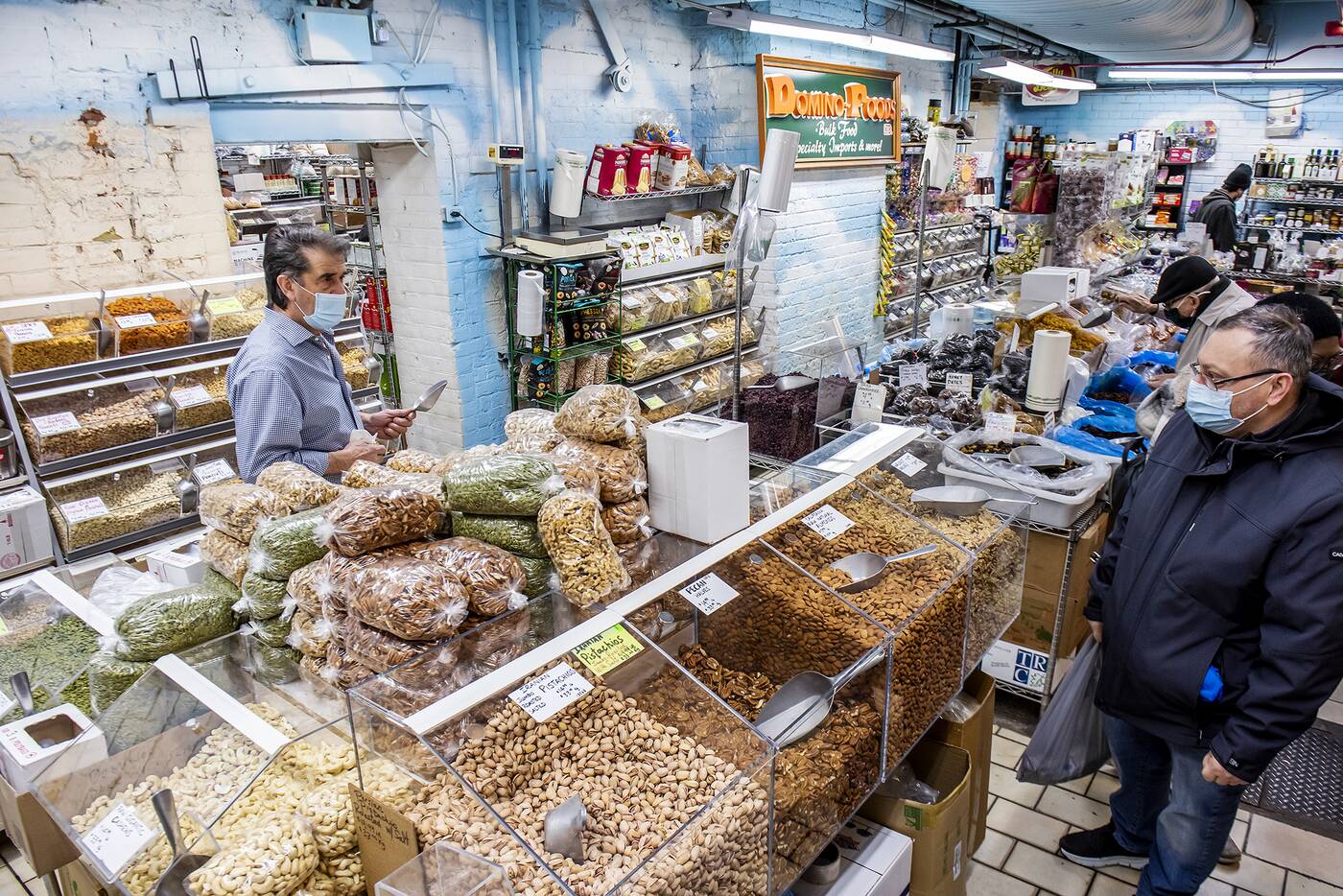 Taking orders by phone or email and packing items ahead of time for customers to pick up through a curbside program at St. Lawrence Market was the best way for Domino's to survive throughout lockdowns. 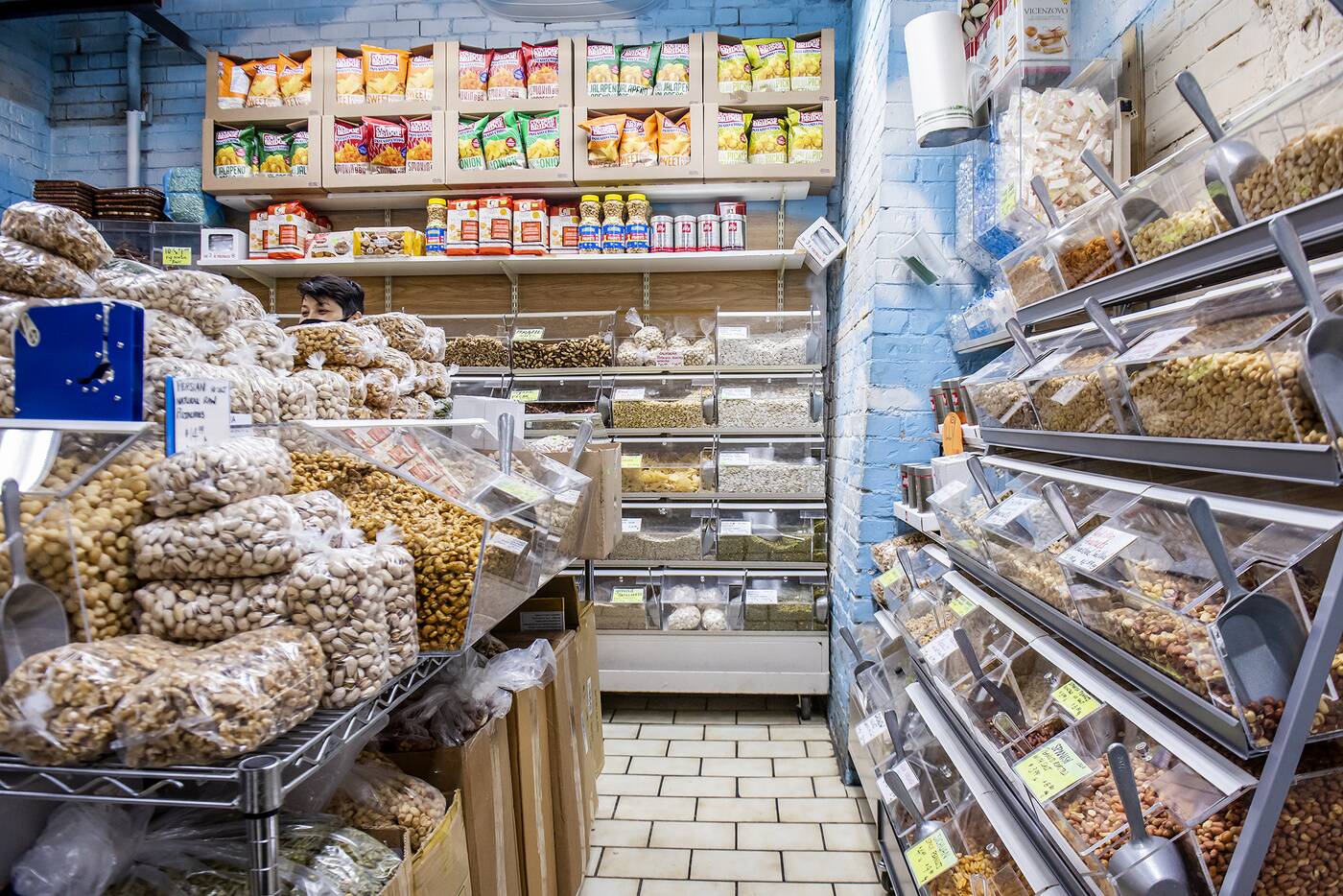 John is now close to retirement age, but still comes in at 5 a.m. on Saturdays to make sure all items are in check and customers are looked after, and to get feedback on products both old and new.

Domino's Foods is located in the northwest corner in the basement of St. Lawrence Market. It's a bit hidden away but once you spot it you'll realize why it's thrived for half a century.