There has been a wave of Toronto businesses taking a vocal stance against the province's proof-of-vaccination mandate, and a popular spot for tacos on Bloor St. appears to be the latest to join the chorus. But not everyone is happy about it.

Tacos El Asador has been a fixture in Koreatown for a quarter-century, but the well-known Latin American restaurant has been raising eyebrows in the neighbourhood since early September when the ownership posted a trio of signs in the restaurant's window. 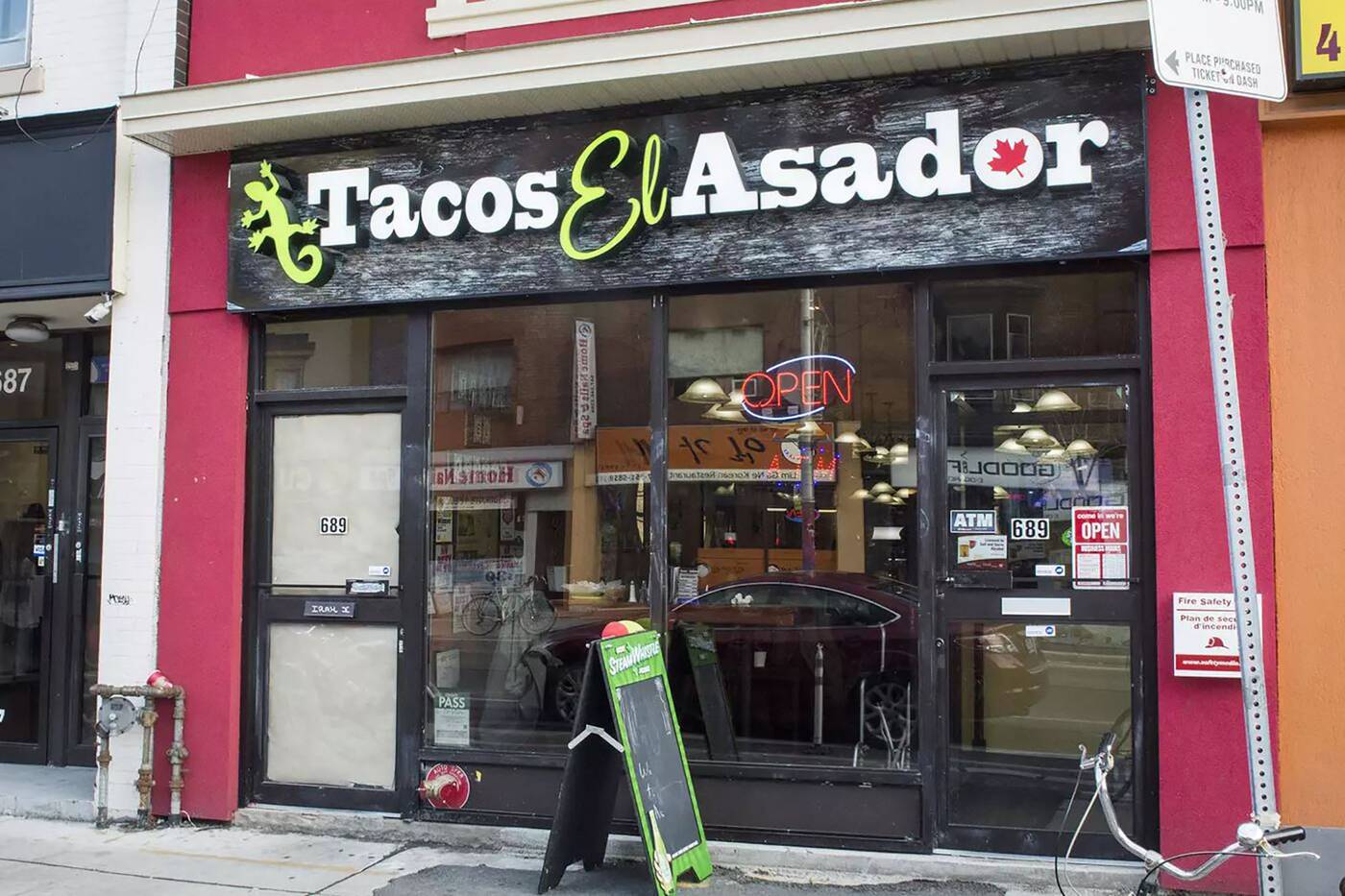 The most prominent sign is a printed copy of the Canadian Charter of Rights and Freedoms. Businesses and groups opposing proof of vaccination programs continue to use the Charter (without any successes so far) as the legal basis for their fight against public health mandates.

This position is questionable in light of the Charter's first clause, the very first lines in the document making it clear that all rights come with the caveat of being "subject only to such reasonable limits prescribed by law as can be demonstrably justified in a free and democratic society."

Below the Charter printout are two more signs warning against trespassing.

"NO TRESPASSING. Pursuant to the Canadian Bill of Rights section 1.2 (a) and the Criminal Code of Canada section 34, this notice is to all peace officers and other officials including Police officers, Municipal bylaw officers, Public health officers."

"Take notice that you are prohibited from trespassing against persons and property upon the property known as Tacos El Asador at any time for any reason whatsoever except with a criminal warrant to enter the premises."

One wonders how Tacos El Asador will be passing its next DineSafe inspection if public health officers are barred from the premises.

Declaring that cops and bylaw officers — well versed in the law —are subject to trespassing fines doesn't seem like the most sound strategy.

Police and bylaw officers are allowed to enter premises in pursuance of their duties as authorized by law.

The window also has a liability notice posted, noting a $100,000 fine for trespassing, with penalties increasing by $200,000 for each additional instance of "trespassing."

How the restaurant intends to enforce this is anyone's guess.

The "No Trespassing" notice is signed by the restaurant owner, Rene Gonzalez. blogTO reached out to Gonzalez, who has declined to comment on the issue.

Reactions to the tweet showing these signs have been almost universally negative, with one now-former customer saying that his previous order will be the "last time I ever order from Tacos El Asador."

I have fond memories of eating at Tacos El Asador when I first moved to #Toronto, more than 20 years ago... this is so sad! 😢

Others are sad to hear the news, saying that while they were fans of El Asador's Latin American fare, they will not be giving the restaurant any more of their business.