The pawpaw is actually the largest fruit-bearing tree species in North America. Its fruit is central to Indigenous culture and can be bought in Toronto, but only during an extremely limited time.

"We in Canada are so disconnected from the food we eat and expect things to grow and be available when we want them," Steve Yoannou, head of "croperations" at Muddy Crops, tells blogTO.

"With pawpaw, because it's so hard to find, it's nearly impossible not to learn so much about the fruit before ever even trying it." 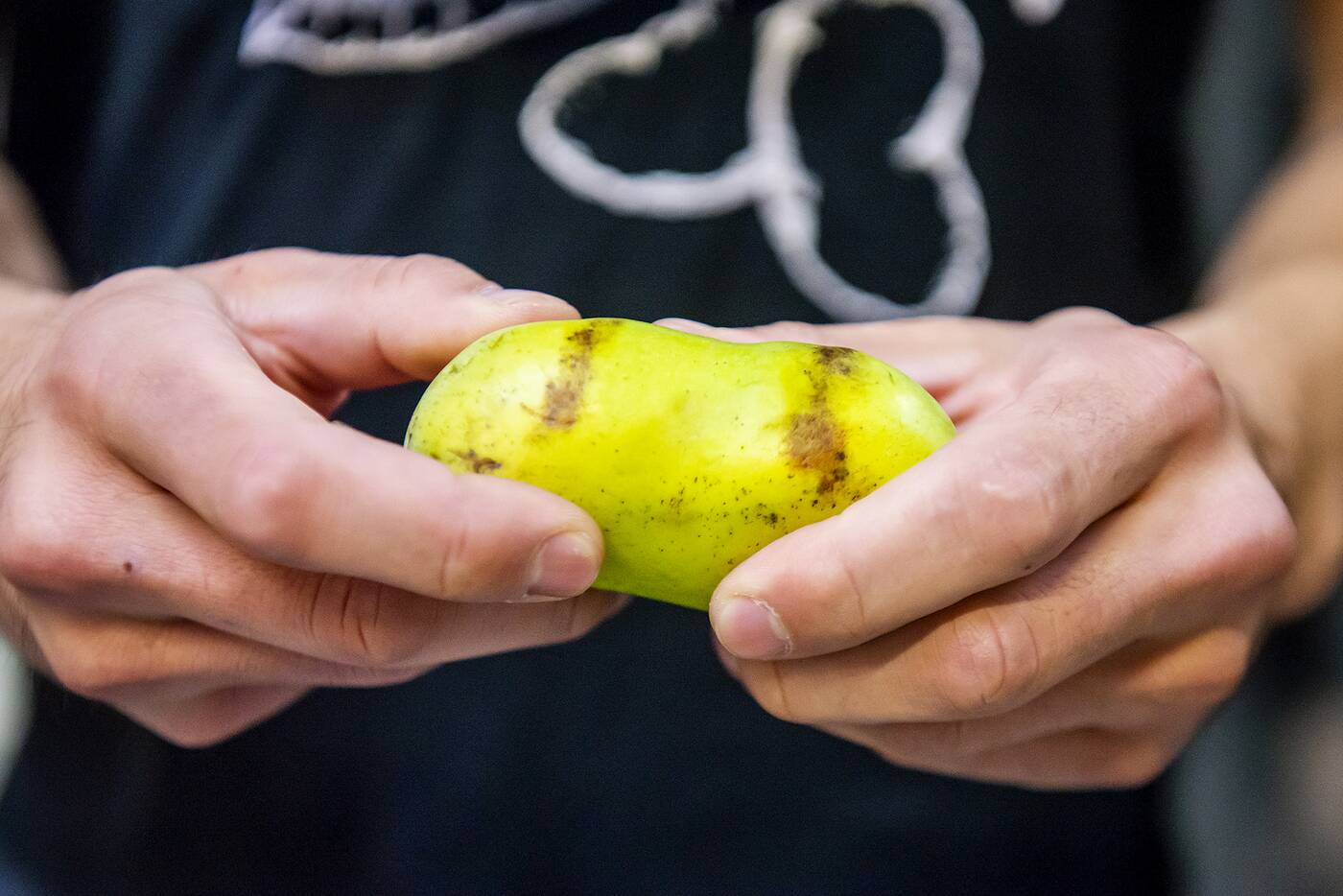 Farmers' market Muddy Crops is pretty much the only place you can reliably find this fruit in the city, along with boutique grocer Forbes Wild Foods.

Pawpaw fruit are large and yellowish-green to brown, with large seeds and a flavour that's been described as a cross between a banana and a mango, making you think this tropical fruit could never be native to Canada.

It's a distant cousin of the custard apple family: think soursop and cherimoya. It grows wild so it's not conventionally farmed, only foraged. 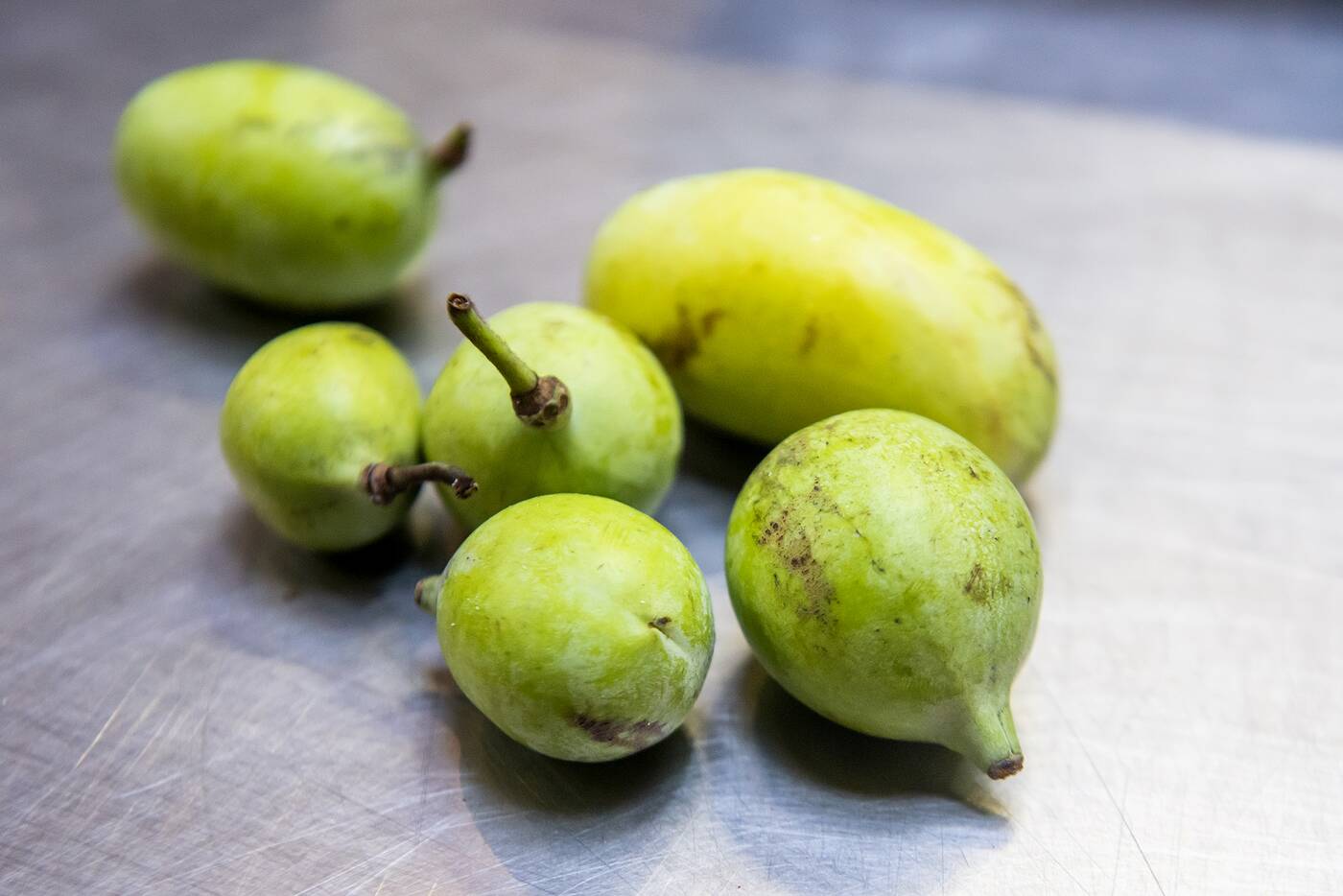 Mention pawpaw to the average person and you may get a blank stare these days, though the fruit has been a staple of Indigenous diets and culture and was a main component in the diets of colonizers before they brought over other fruit that's more familiar to us today, like apples.

"We will most likely never see pawpaw on grocery store shelves in our lifetime. Unlike fruits like peaches, pawpaw can not be picked hard and ripen off the branch. They have to be picked ripe," says Yoannou.

"After that you have a few days before it goes brown. Some people like the more intense flavour of a more brown pawpaw, but some people think it's gross. I like it. Grocery stores don't carry products that are this sensitive." 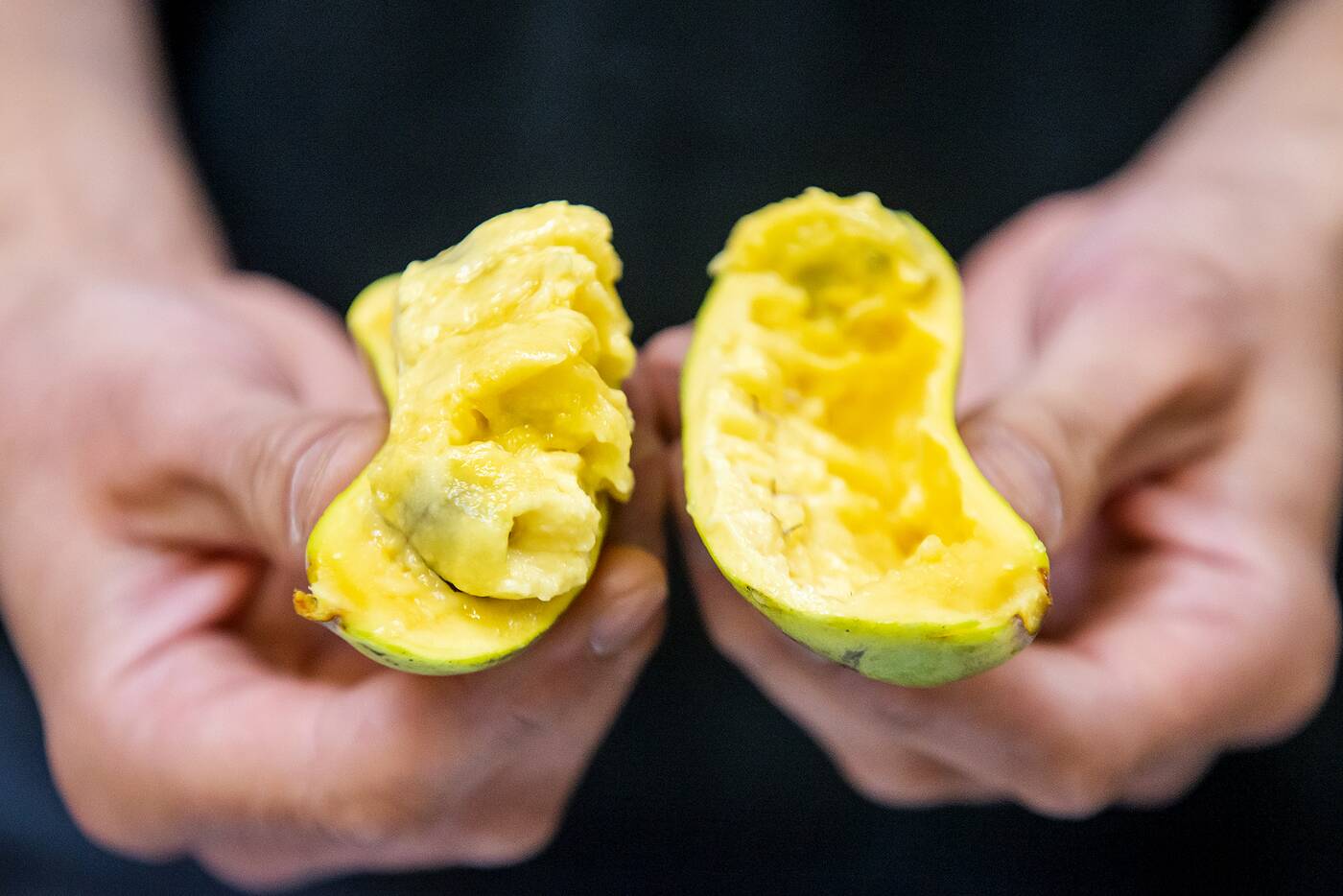 Pawpaw is also not commonly seen because it only has a two to three week growing window in Ontario, from about the last week of September into the first two weeks of October.

In the states where Pawpaw grows it is so popular that they make craft beer, freeze the pulp and even have full blown festivals. We’re hoping to get enough this year to preserve some for people who may have missed out on the season.

The purposes of the pawpaw fruit and seeds vary from tribe to tribe, and include making the pulp and juice into a medicinal tea, using the stringy strong inner bark to craft fishing nets and lines, making the fruit into a version of "banana" bread for travel, and using the seeds as a natural insecticide. 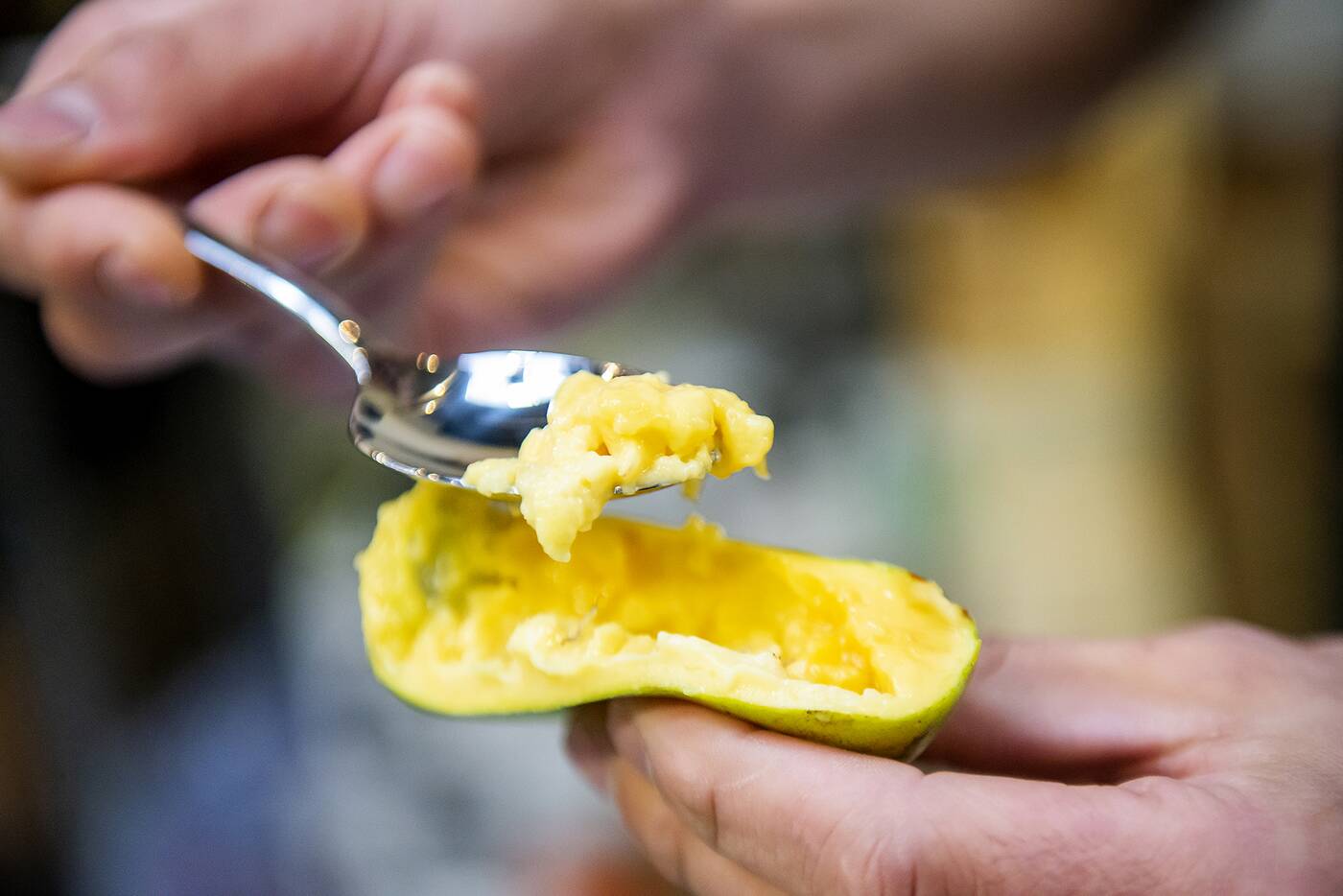 In fact, it's still used in popular bath and body products to this day, and some tribes even named a phase of the moon after the pawpaw.

The fruit also plays a part in plenty of folklore. It's higher in vitamin C than an orange, higher in potassium than a banana, and a great source of iron and antioxidants.

Ontario isn't the only place this fruit grows, and Indigenous cultures aren't the only people who have been relying on it for centuries, but without the Indigenous communities surrounding Toronto, pawpaw might no longer exist here. 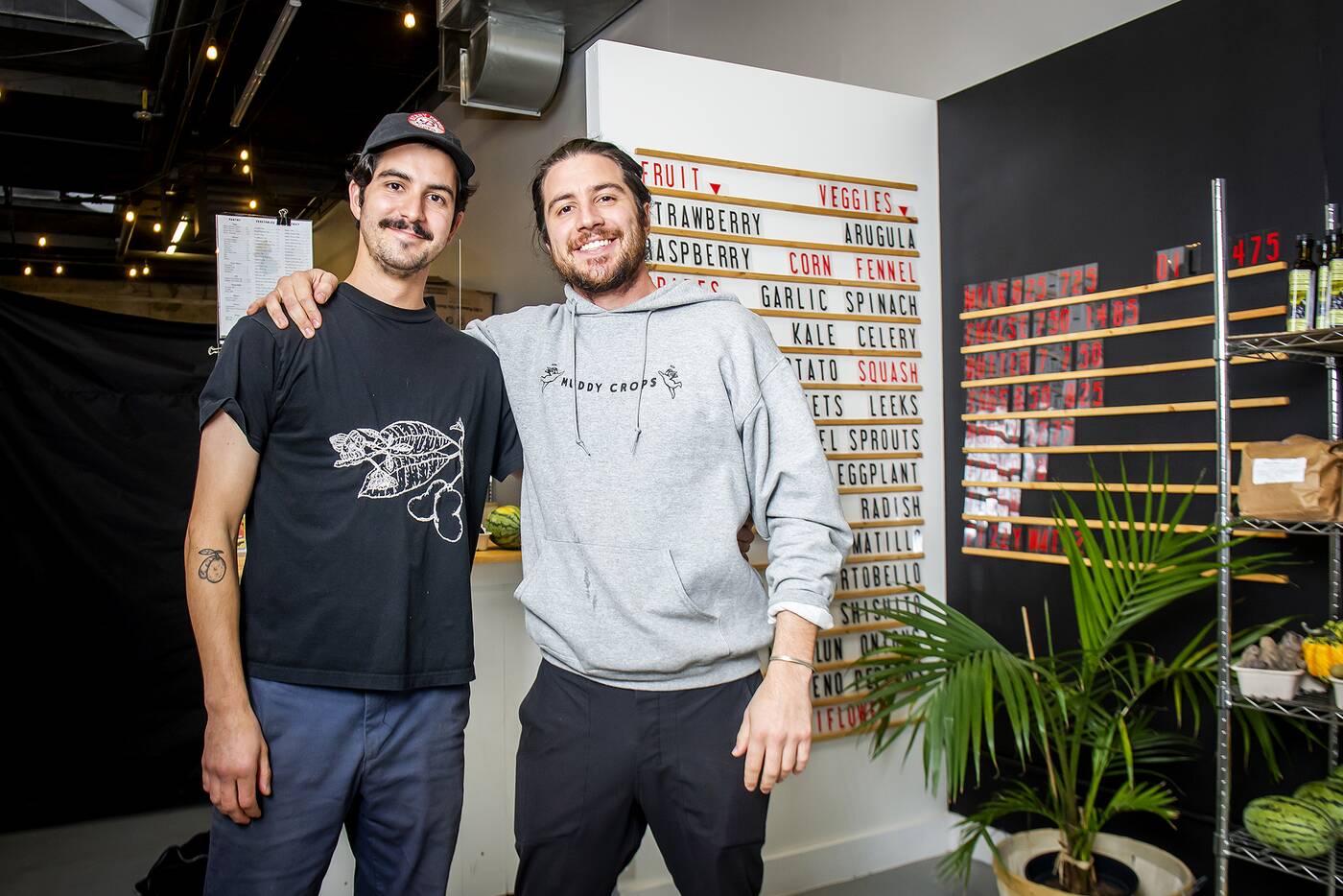 "We know many tribes saved a lot of these trees from going extinct," says Yoannou. "They replanted the seeds and cultivated them."

The pawpaw also grows in more tropical climates, on the US Eastern Seaboard all the way down to Florida, and isn't as little-known in some of these regions. It's very popular in the Carolinian states, and some people make pawpaw craft beer or freeze the pulp. There are even pawpaw festivals.

"Slaves in the southern states would forage it, and through songs and writings it was clearly enjoyed when it was season. Some states used to call it the 'hillbilly's banana' or the 'poor man's banana,' which says to us that the upper class was not foraging for these sorts of things," says Yoannou.

"Now, foraging has become more popular and wild foods are so expensive. It's strange to think that wild foods were once so common and scoffed at by upper class society. Probably because the foods weren't perfect looking." 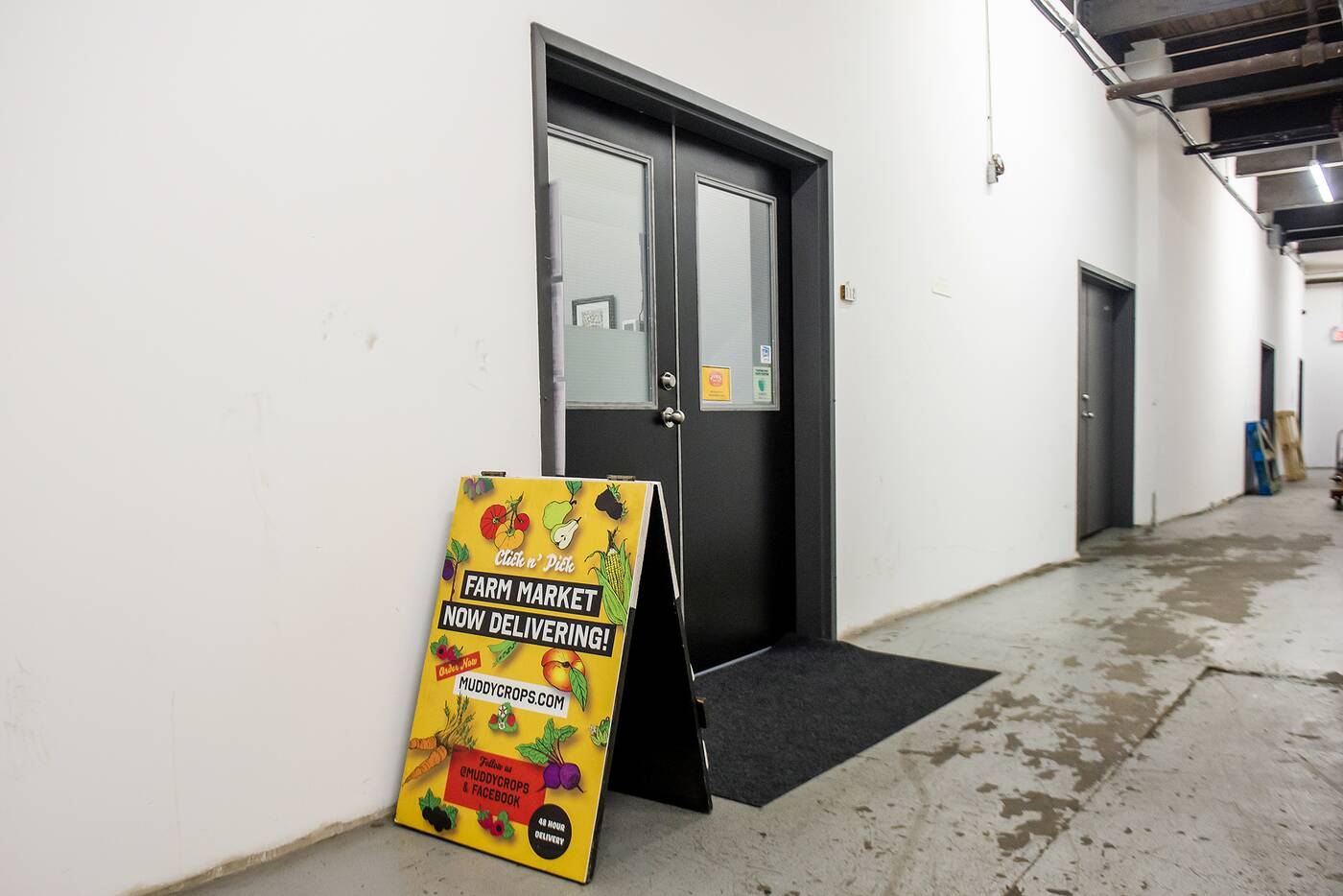 Though there is some evidence that colonizers liked the taste of the fruit and sent it back to England, the fruit was far too delicate to ever become a trade item and sadly the trees that Indigenous cultures had cultivated over years and years were quickly all but wiped out.

"If it wasn't for the dedication of Indigenous tribes I honestly don't think we'd be talking about this right now," says Yoannou. "Learning about pawpaw has taught me so much about our land and the history behind it. Personally, I want everyone to try this fruit."

He says pawpaw seeds can be saved in a damp paper towel stored in a plastic bag in the fridge which will preserve them for a couple months. He's hoping Muddy Crops will get enough of a haul this year to preserve some for people who missed out on the short season.

"In the next five to ten years we will see more cultivated pawpaw. We have been working with a few farms ourselves," says Yoannou.

"Hopefully it won't be so hard to find in the years to come. But for now it's truly a race to get some."