As public (and government) support grows for some type of vaccine passport in Toronto, a small but vocal contingent of unvaccinated people continue to harass business owners who happen to have policies in place requiring indoor patrons to be double-vaxxed. And even those who don't.

At Arisu, a popular Korean BBQ and sushi restaurant at 584 Bloor St. W., all people are welcome — but those who are not yet vaccinated can't dine inside right now.

Instead, they have the choice to eat on the restaurant's gorgeous, flower-laden and partially-covered patio, order takeout, or leave and go somewhere else.

Freak the heck out on staff shouldn't be an option, but the Koreatown staple's owner says that it's something people are opting to do when told about the restaurant's vaccination policy. 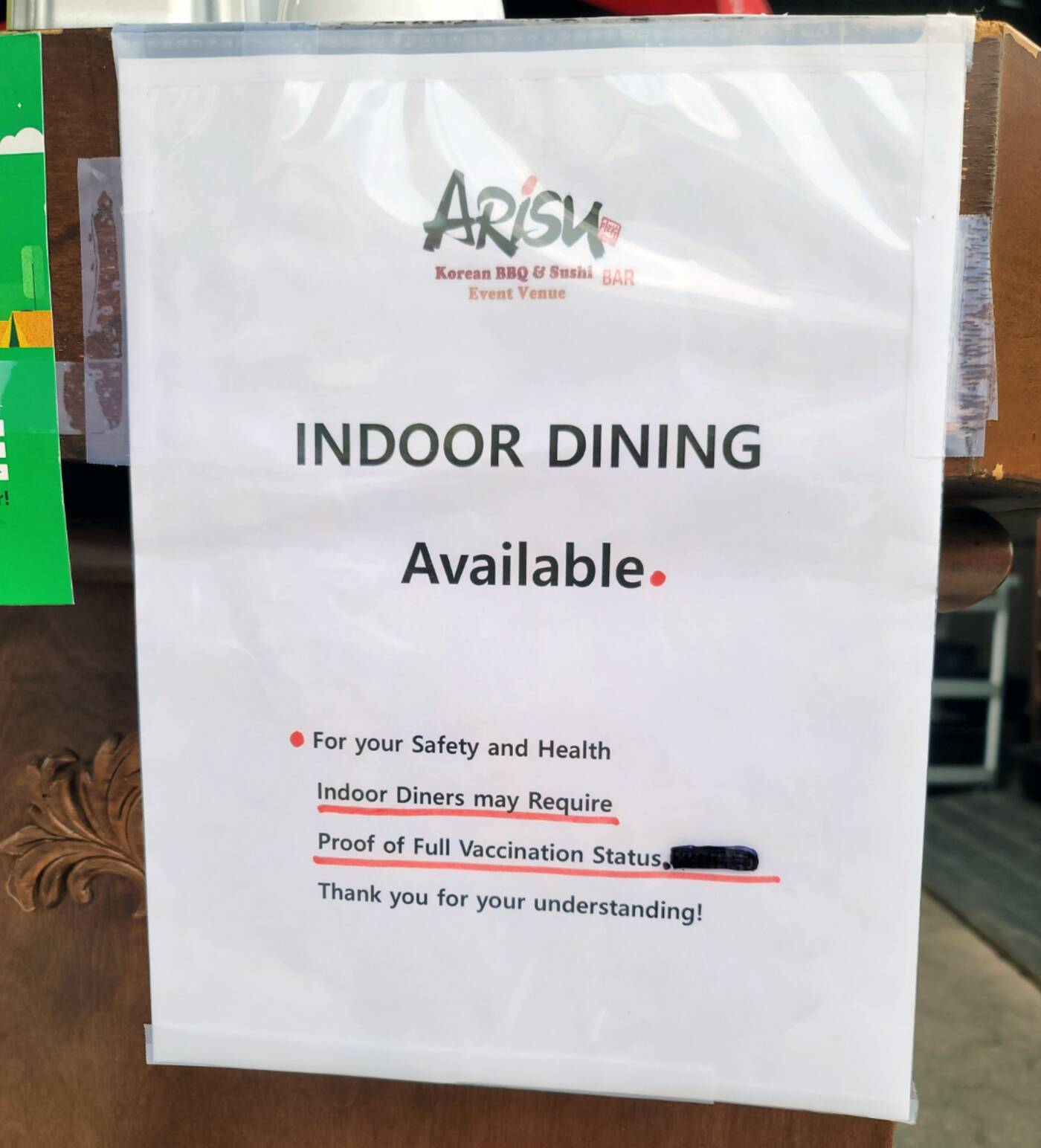 Proof of vaccination policies are becoming more common at Toronto businesses as Canada's federal government expresses support for the measure.

"My policy for customers is anybody for patio, but when they're indoor dining, customers must have full vaccinations," said Arisu's owner James Lee, explaining that he doesn't want to contribute to the spread of COVID-19 and that his only goal is to keep everybody safe.

"I am not a political activist. I am just a restaurant owner trying to keep a healthy, safe society, that's all," said Lee to blogTO on Friday. "I don't want to see a lot of lockdowns again and again."

Like many restaurants and bars right now, Lee is dealing with a shortage of staff (though he's proud to say that 100 per cent of his workers are double-vaxxed.) He's had to pitch in and help run the show on the front lines, serving as a host when people come in.

"I have to explain [the policy] to people," he said. "Then, when I am politely explaining our situation, some people immediately, directly start insulting me. I've never had this kind of problem before." 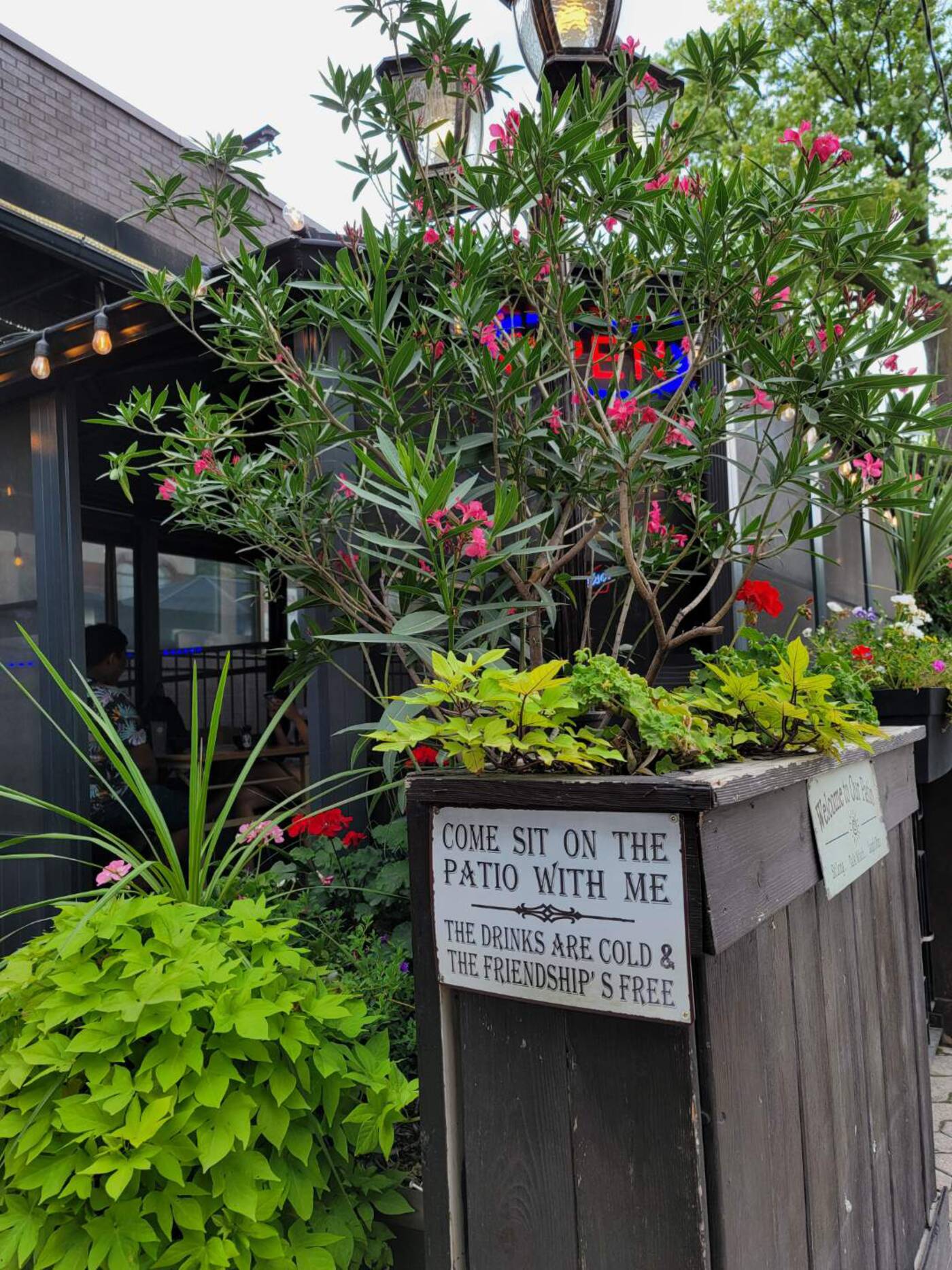 Arisu has a lovely outdoor patio with a gazebo where people who are not fully vaccinated are welcome to sit and be served.

And it's not only in-person attacks that Lee and his staff have had to deal with, but a barrage of negative online comments and bogus bad restaurant reviews.

Review sites like Yelp are starting to crack down on this type of behaviour (called review bombing) but anonymous one-star comments have been pouring in for Arisu on Google and Facebook since news of their policy started gaining media attention earlier this week.

"Will not ever go or support a communist 'show us your papers' restaurant!" reads one single-star rating on Google Reviews.

"You're taking peoples choice away by saying people may need to show proof of vaccination to enter. People's medical records are none of your business," reads another.

"You just lost a whole lot of business for treating people who want to eat at your restaurant that way. People who are vaxxed can still spread covid. Makes no difference. Have a nice day and good luck." 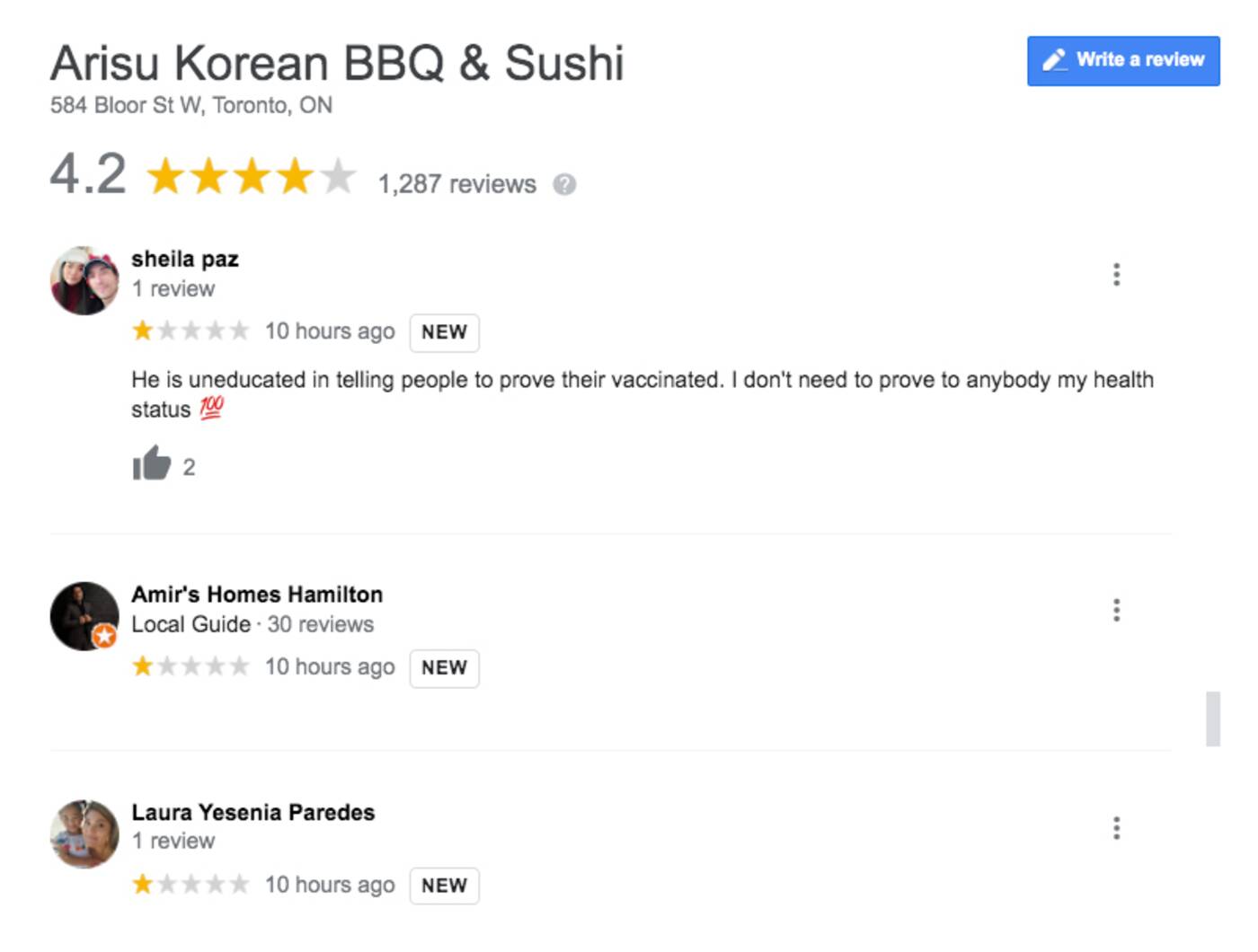 Trolls who likely haven't even been to Arisu are leaving negative comments on Google Reviews because they don't agree with a policy that requires proof of vaccination for people eating indoors.

Because Arisu's rating is already so high and so many people have reviewed it over the years, the restaurant still sits at an impressive 4.2 on Google — but not all businesses, especially newer ones, have been so fortunate.

"Some people are attacking us, insulting me, calling me stupid or something like that," he says. "It's just a very simple, clear thing: to make sure everyone sitting is healthy and enjoying dining safely."