Nikolaou Restaurant Equipment store in Toronto has been selling pretty much everything under the sun to restaurant chefs and home cooks alike since 1978, using a hands-on approach.

The store on Queen West is named for one half of the team that opened it and still runs it to this day, Louis Nikolaou. 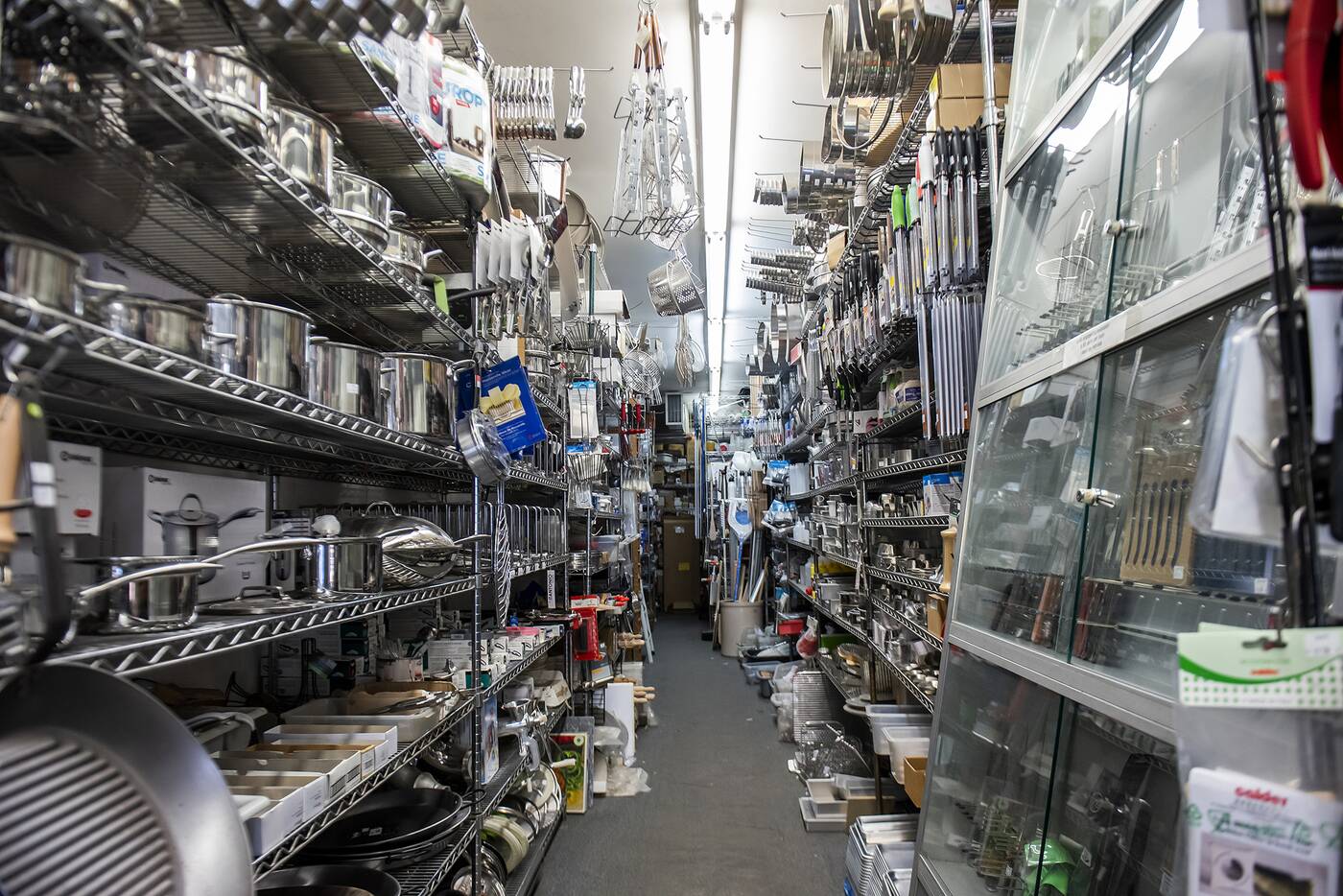 He runs it with Larry Solakis, who he's actually known since kindergarten; their mothers were friends. 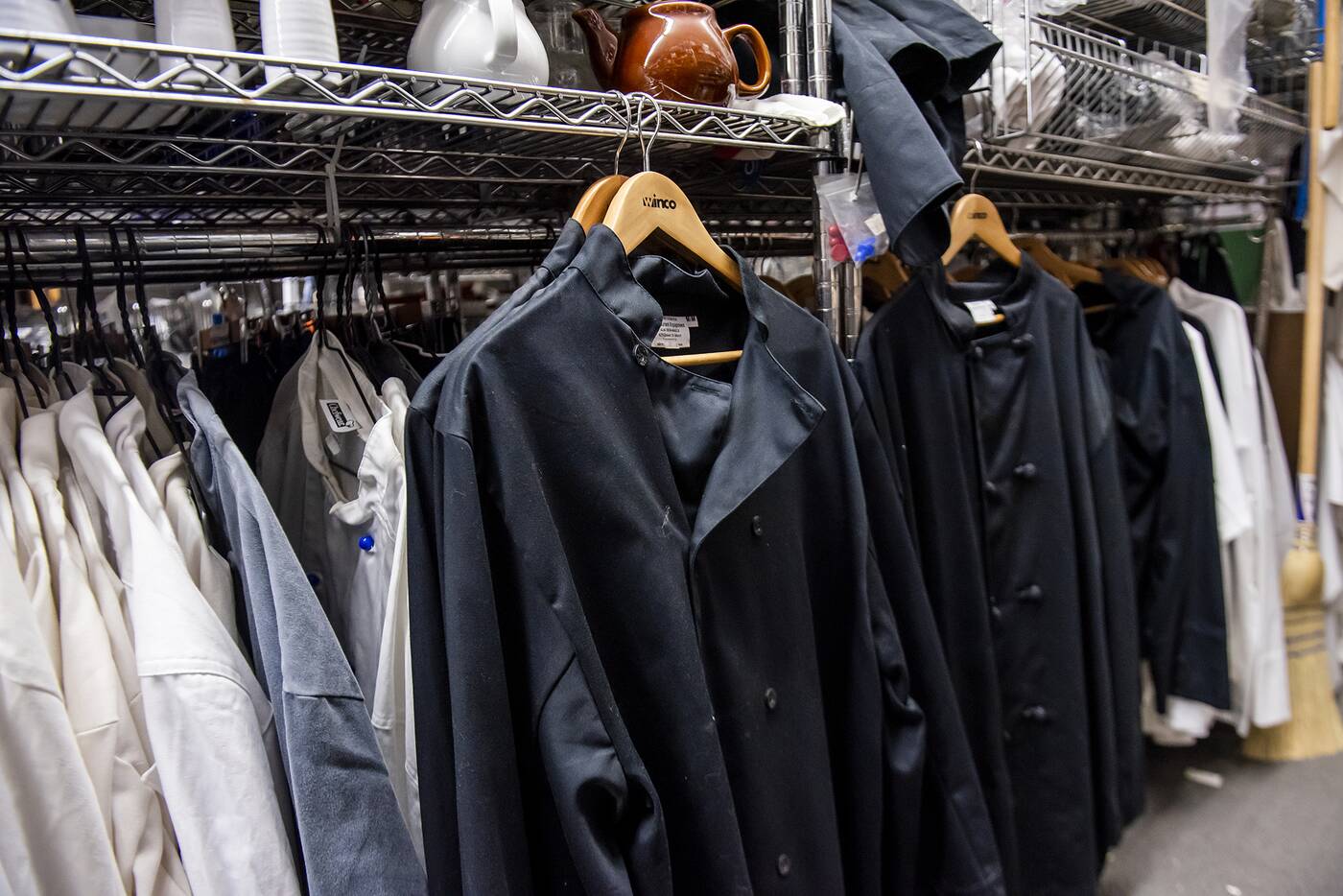 Nikolaou was working at another restaurant supply store around 1976 when he decided he wanted to strike out on his own, and asked Solakis to partner with him. 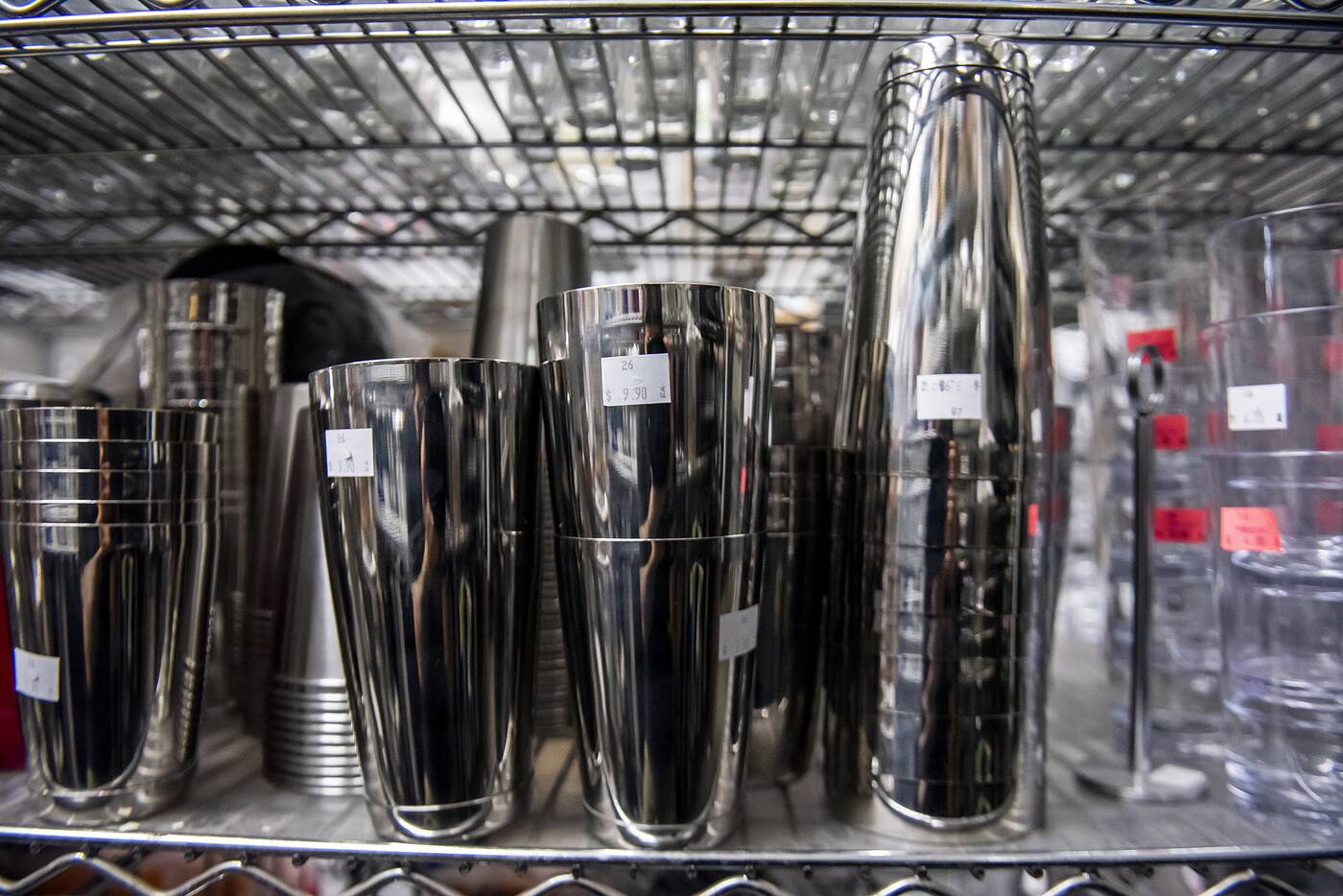 While Nikolaou had experience in the restaurant supply world, Solakis always had restaurants in his family, and says he considered himself to have "some expertise" in that area. 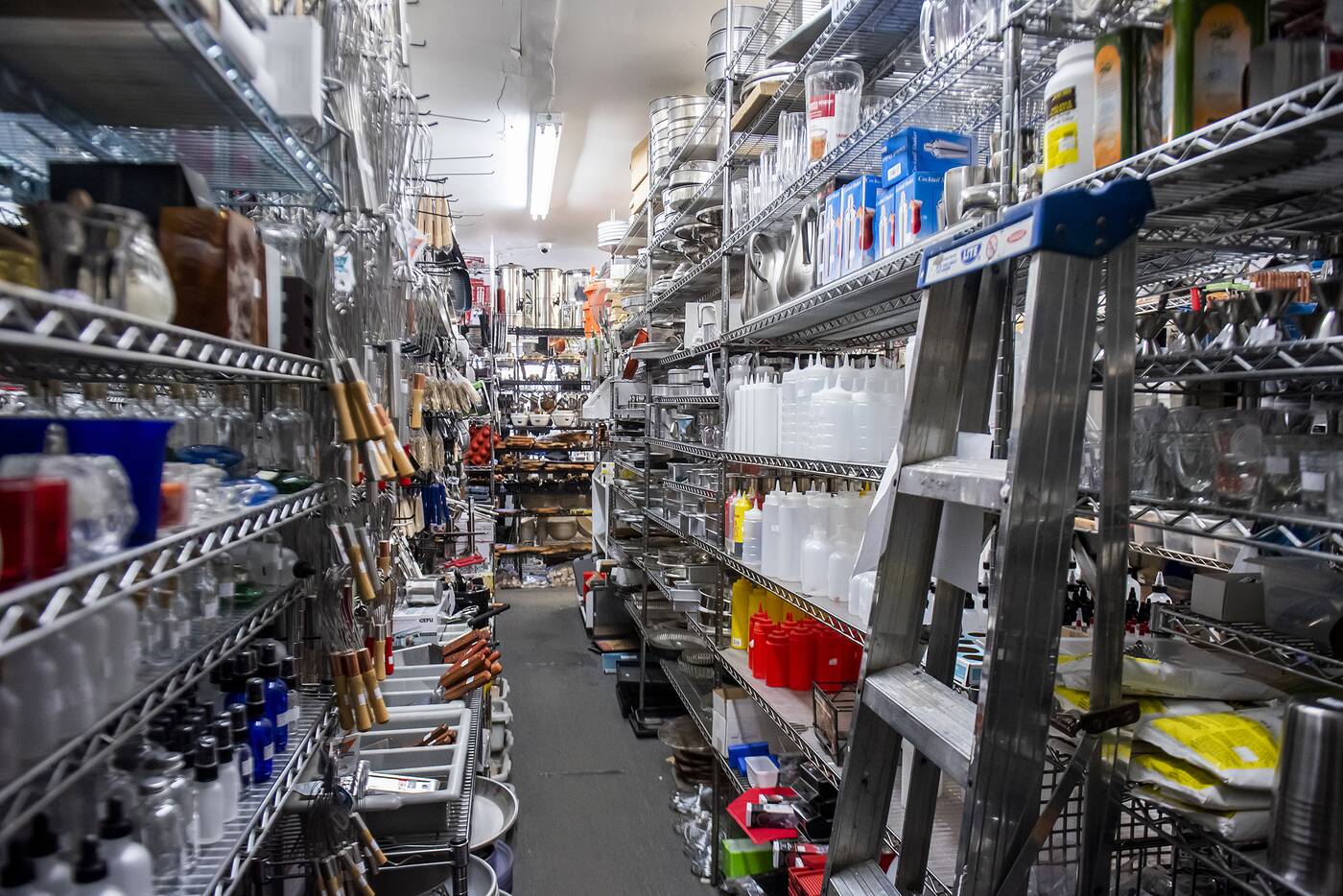 Nikolaou comes to the rescue when there are certain parts for pieces of equipment that take a lot of difficult work to obtain, or when more of a product like a certain glass is needed. It's not always easy to get those things quickly from larger, cheaper suppliers. 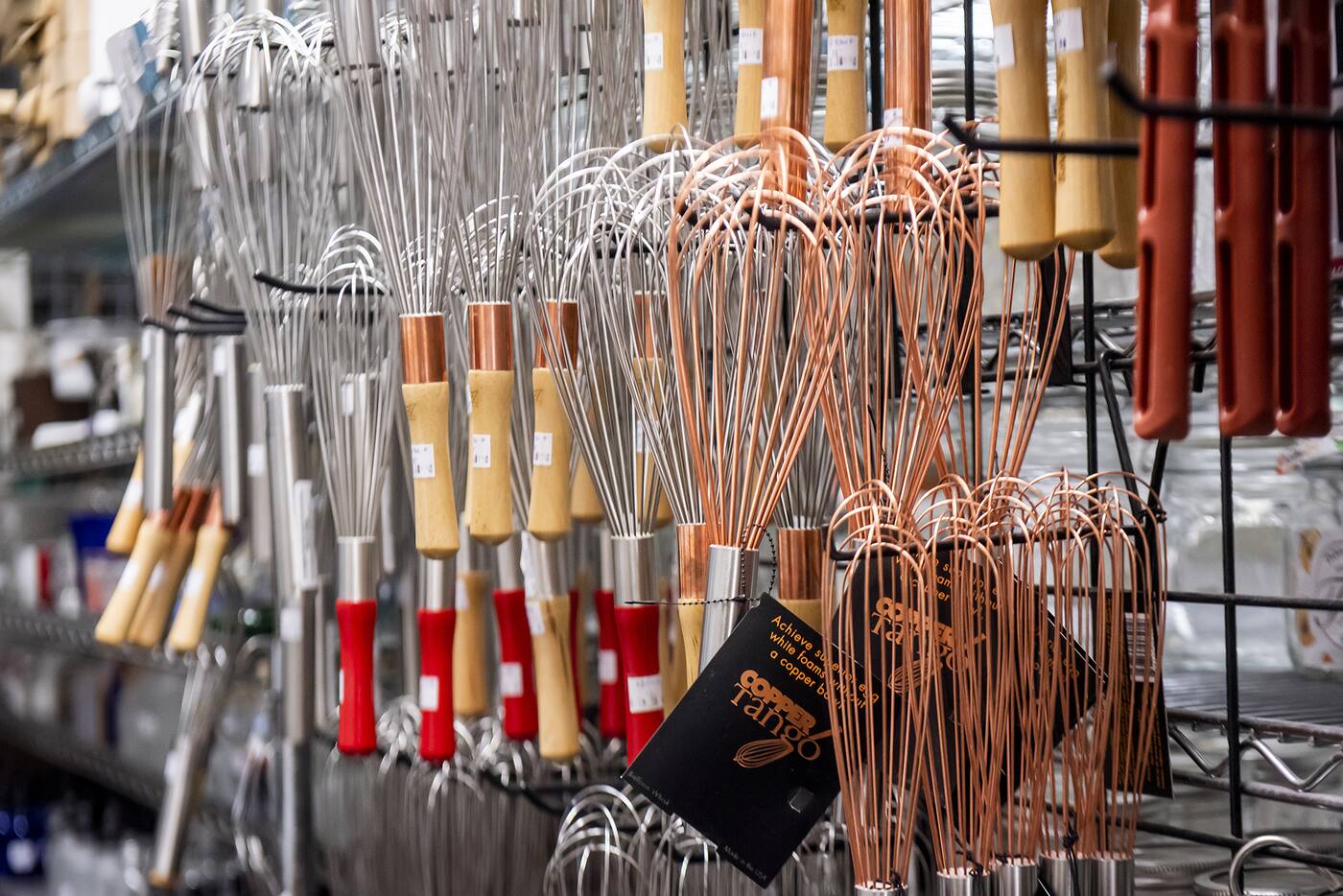 "We take the time to do that even though it might be several emails before we get it right," Solakis tells blogTO.

"A lot of big guys, it will take them weeks to respond. When you call, you don't get voicemail, you get a person, and you get me and Louis." 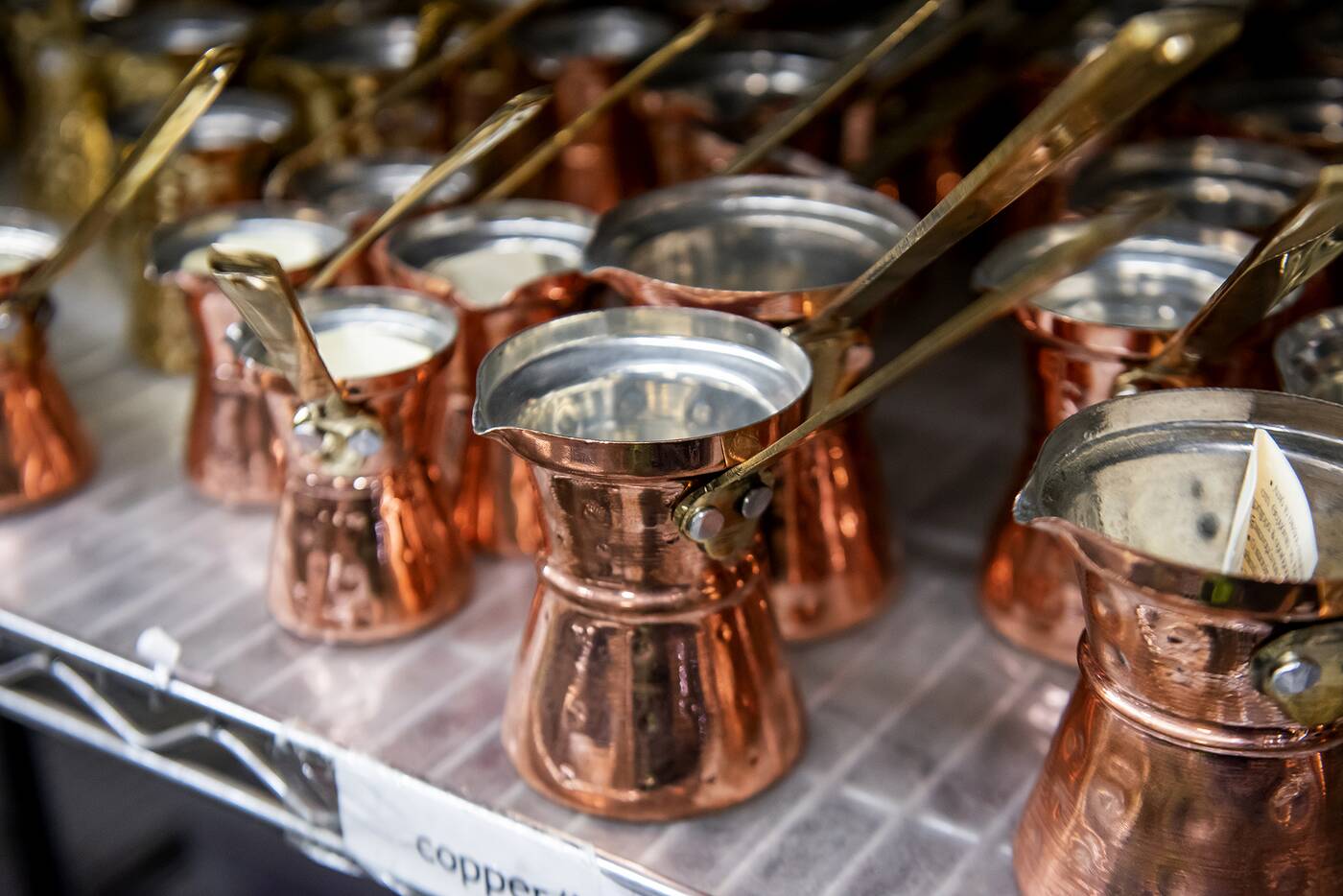 They try to keep higher end products in stock that chefs want and can't always be found at other suppliers, mostly smaller wares that can fit in their Queen and Bathurst storefront and not a lot of larger equipment, much of it imported. 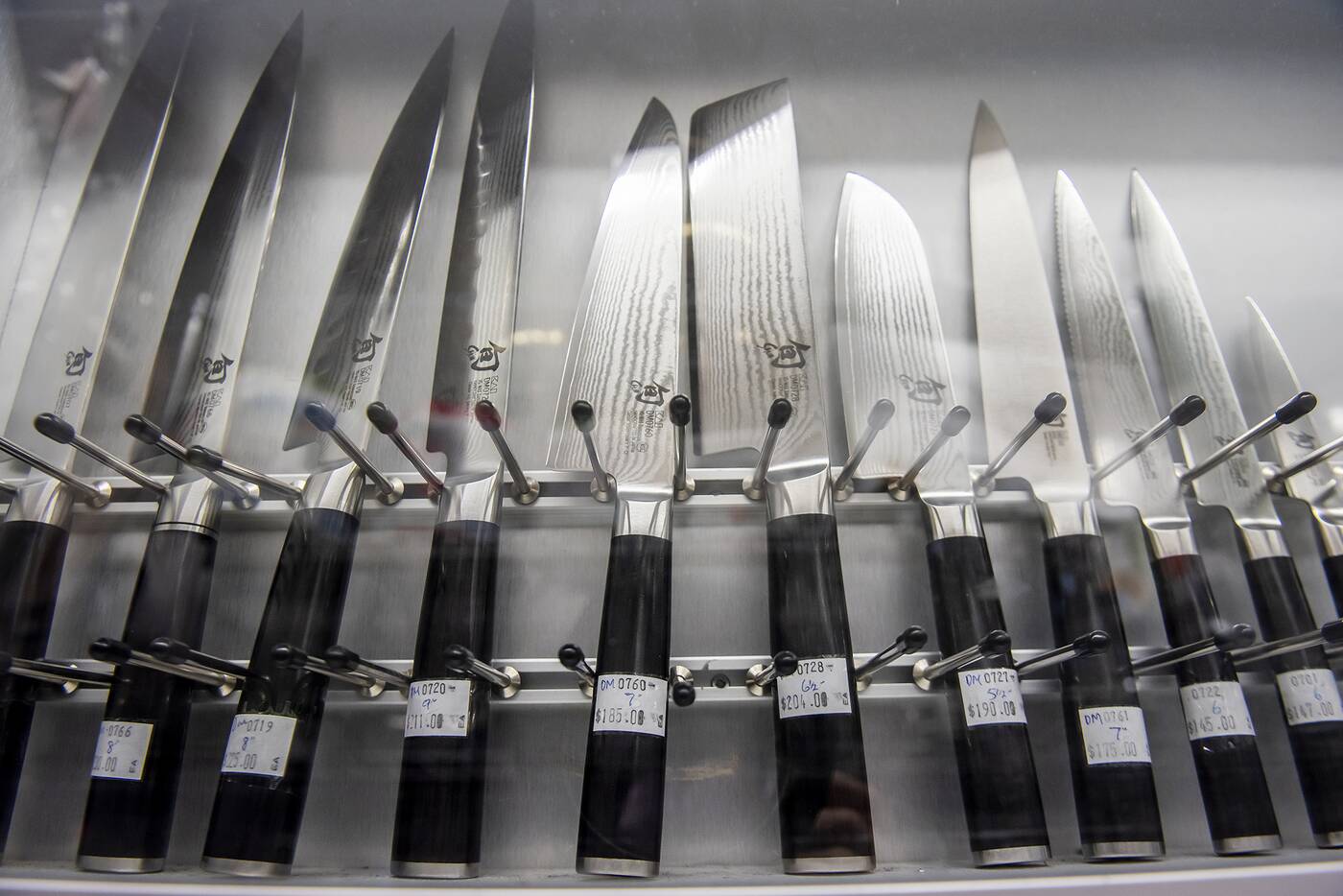 They have chinoises from France, brass pepper mills from Greece and Japanese knives. 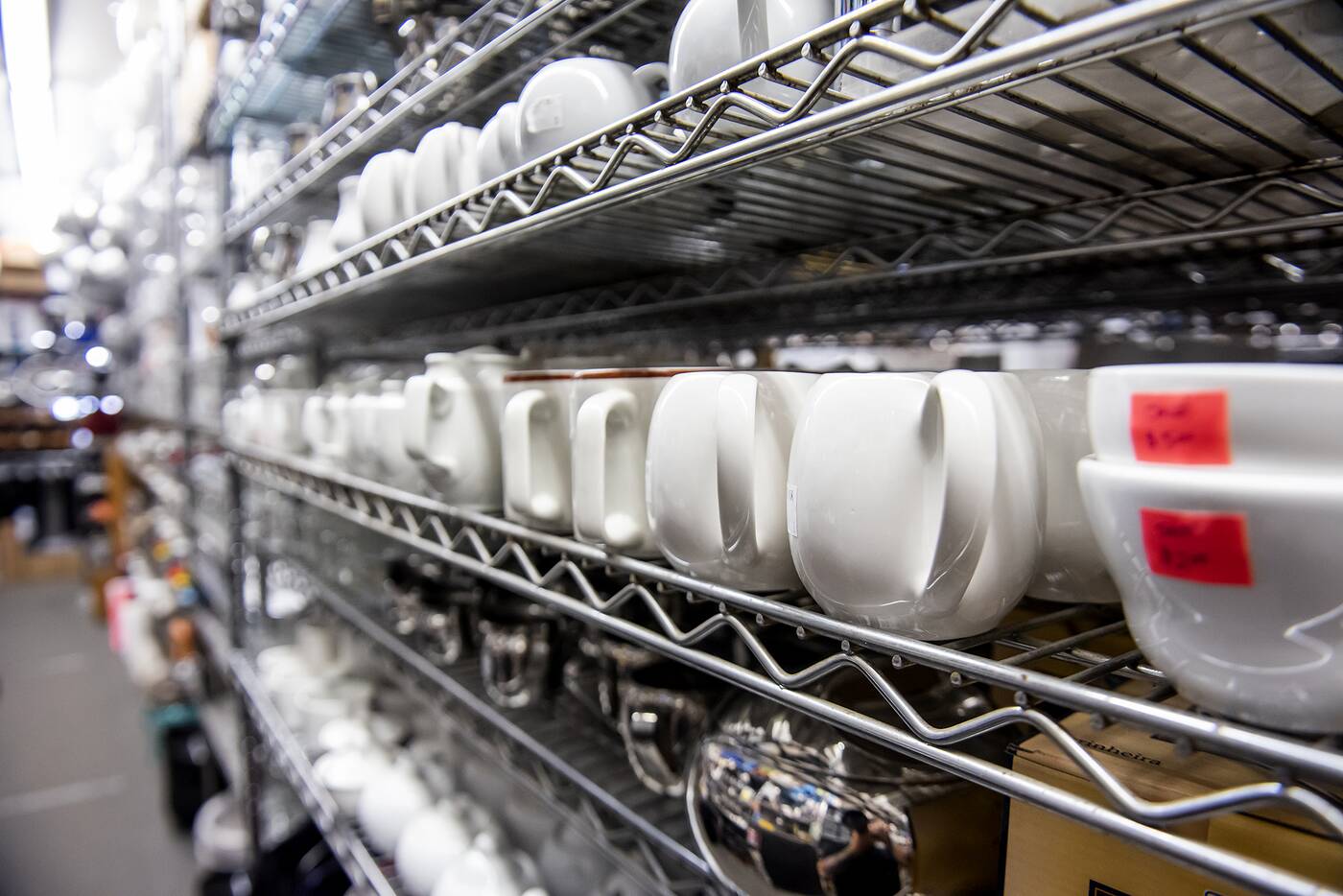 "They last. Everything we buy we try to gear towards longevity, quality and we like it to look nice," says Solakis. 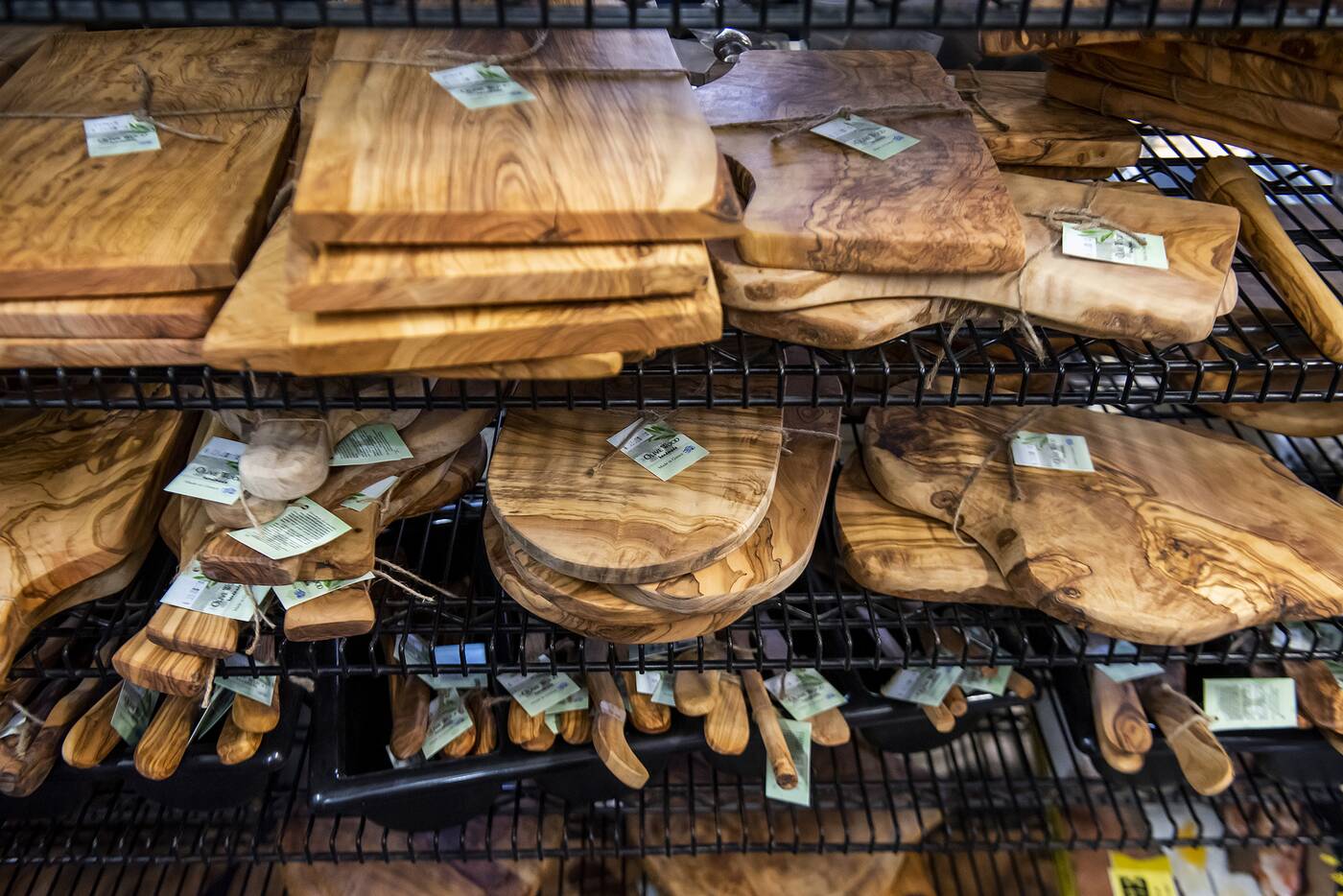 Products you won't find other places include olive wood boards suitable for the fanciest presentation, and a line of espresso cups and saucers from Croatia. 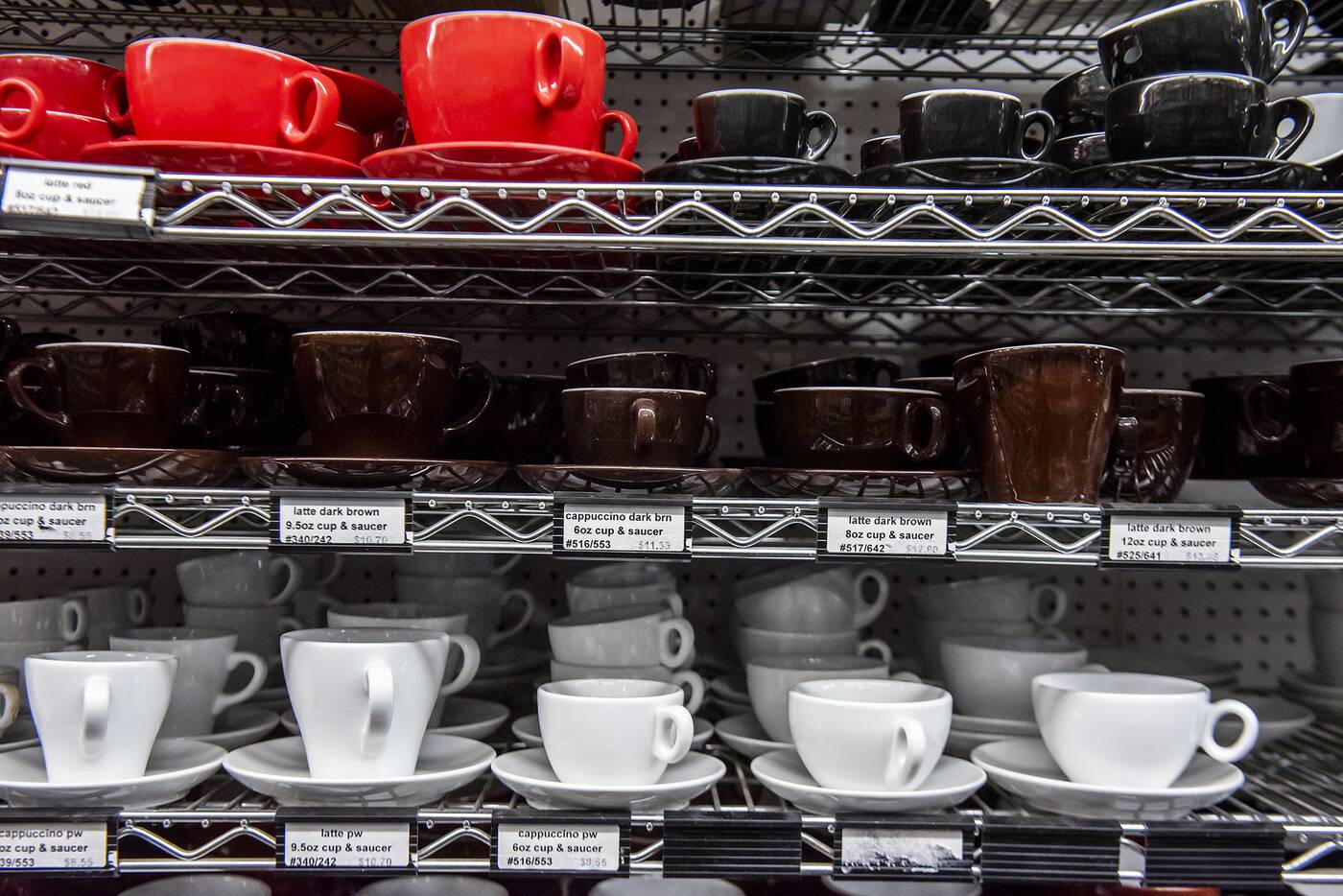 "We try to gear our products towards better quality that a chef would want, or a home chef that likes decent stuff," says Solakis. 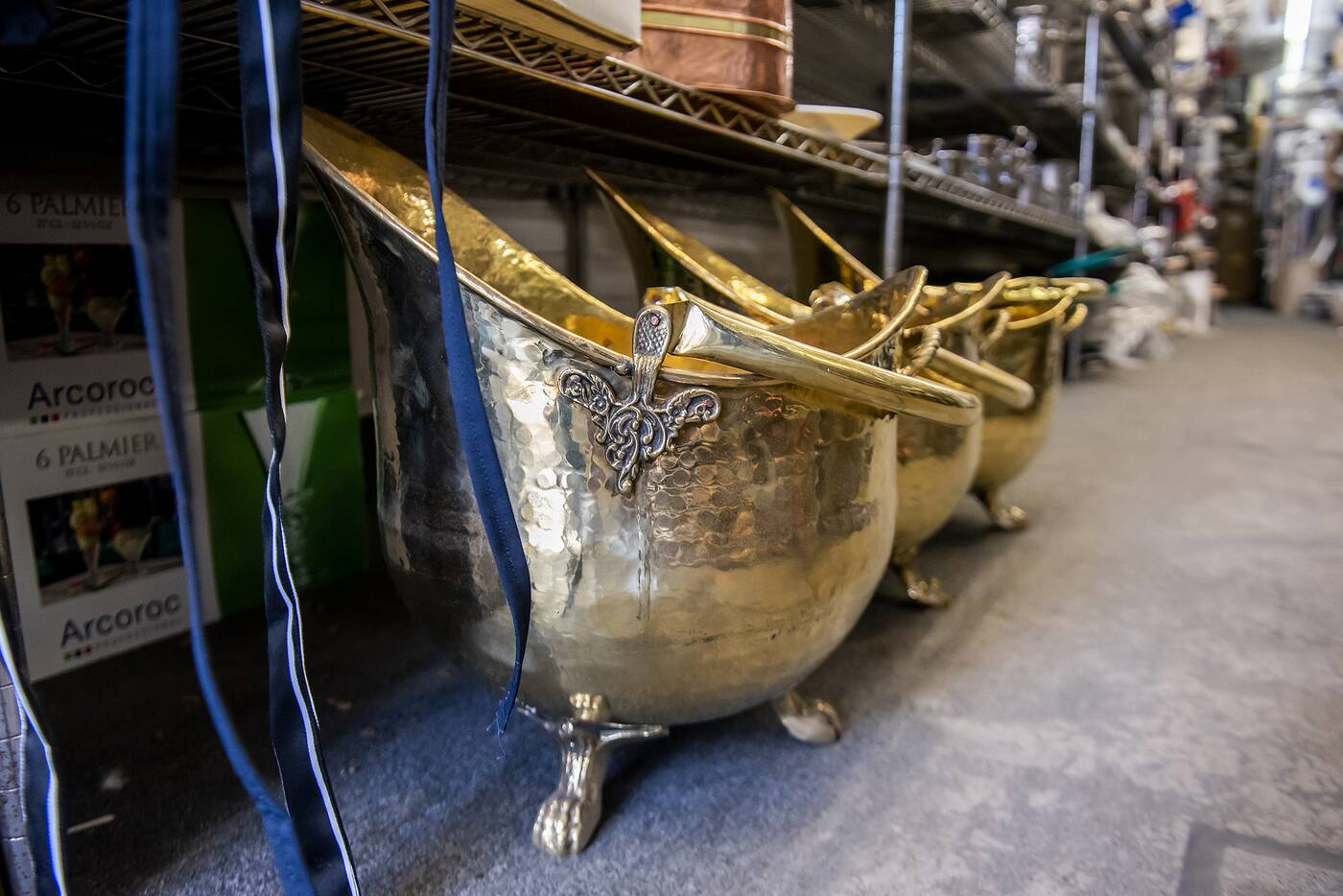 He attributes keeping their place in the competitive restaurant supply industry to being incredibly hands-on and service-oriented, and having a backup inventory located downtown so restaurants needing anything can quickly pop in. 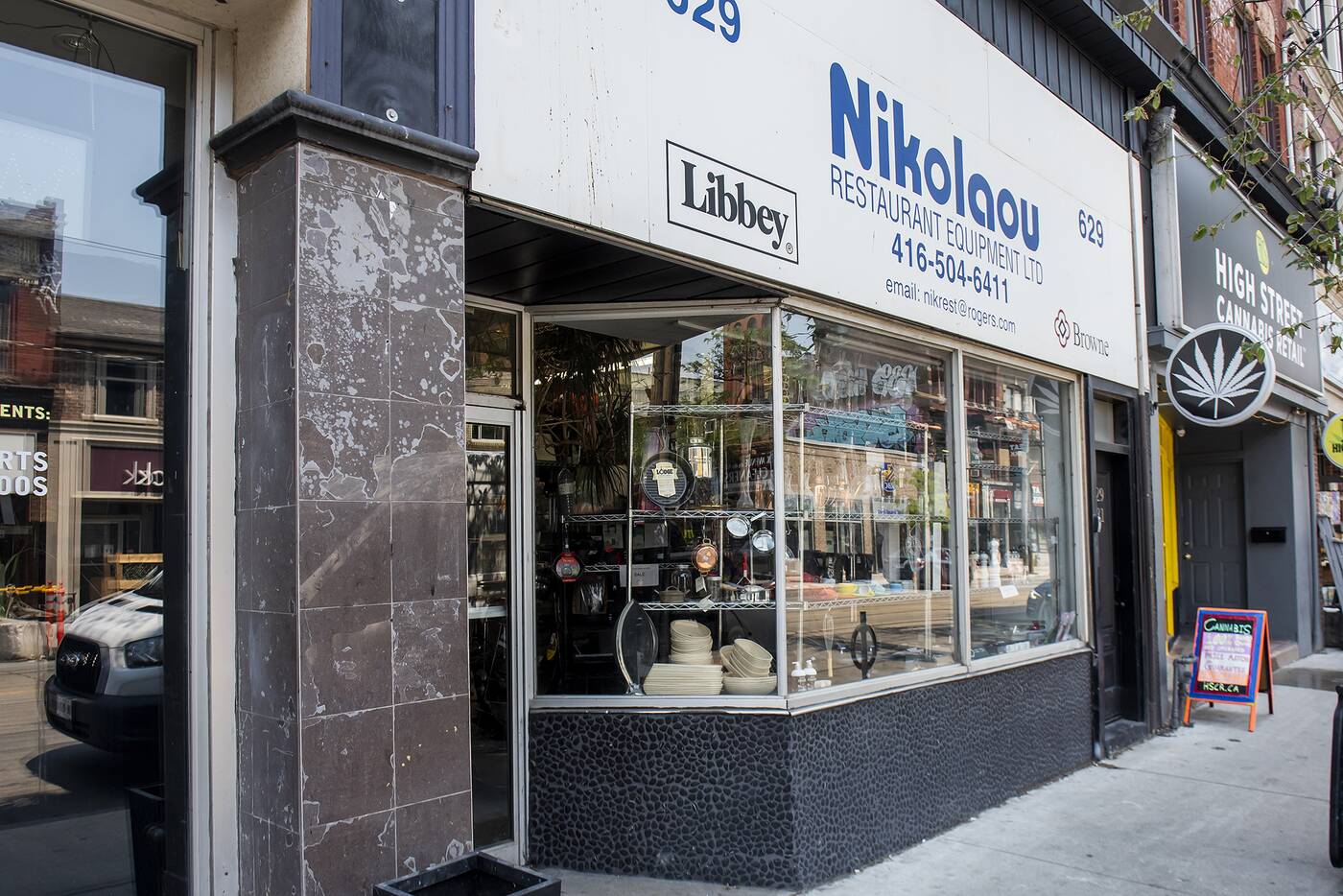 Despite their specialized service, like all businesses the pandemic has tested Nikolaou, and their business being intertwined with the floundering restaurant industry has been challenging. 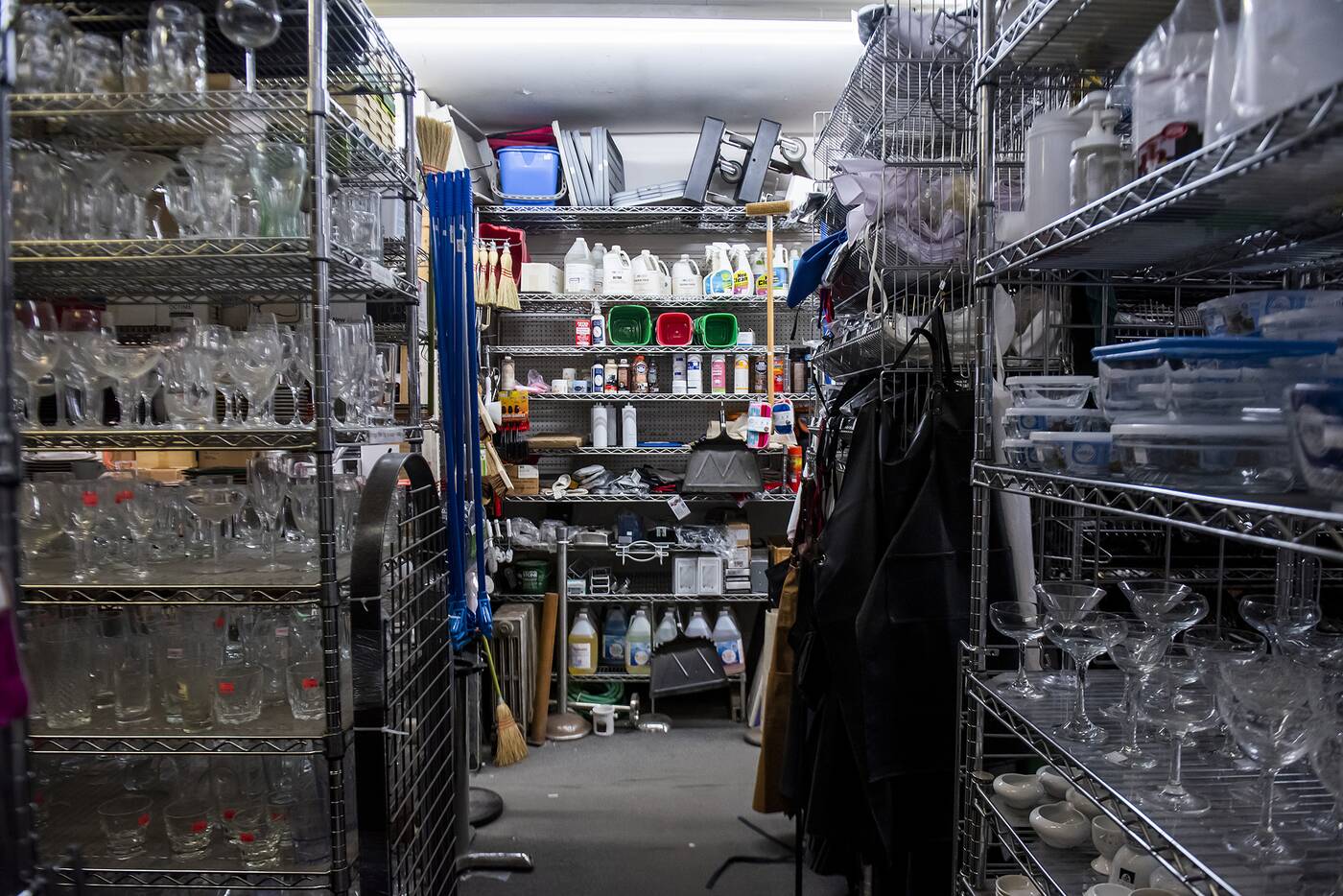 Solakis says it's normally steadily busy all the time, but recently business has been dead aside from a burst of activity when patios were allowed to open.

He suspects there'll be another burst for indoor dining opening, but that these flurries of activity are "not sustained business." 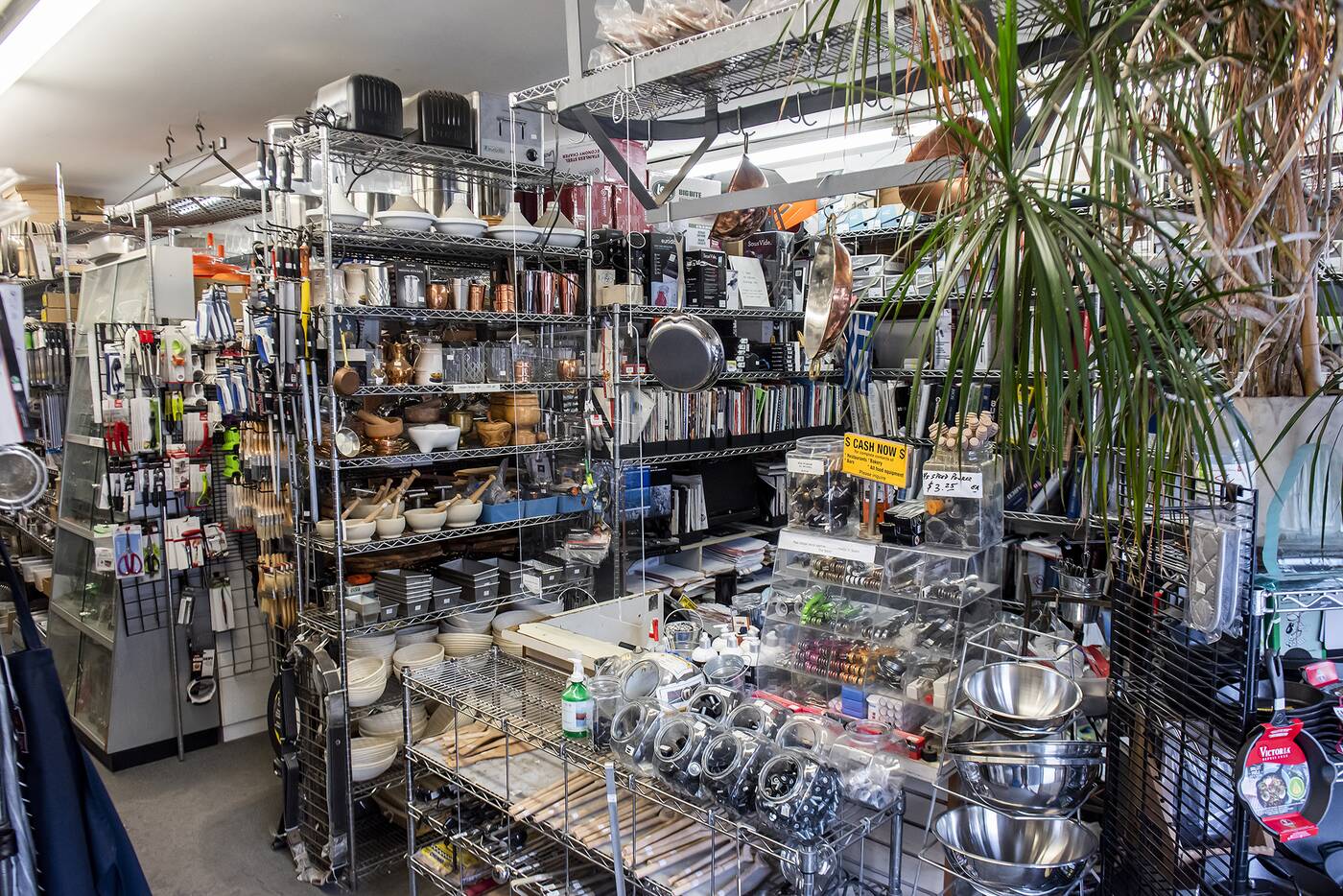 (That means the next time you break something at a restaurant, think of Larry and Louis, and don't feel so bad.)

Nikolaou is a small business with only six employees, but even so without enough business to carry expenses Solakis says they had to take a "haircut" on pay, and that they "couldn't have survived in a high rent district without government assistance." 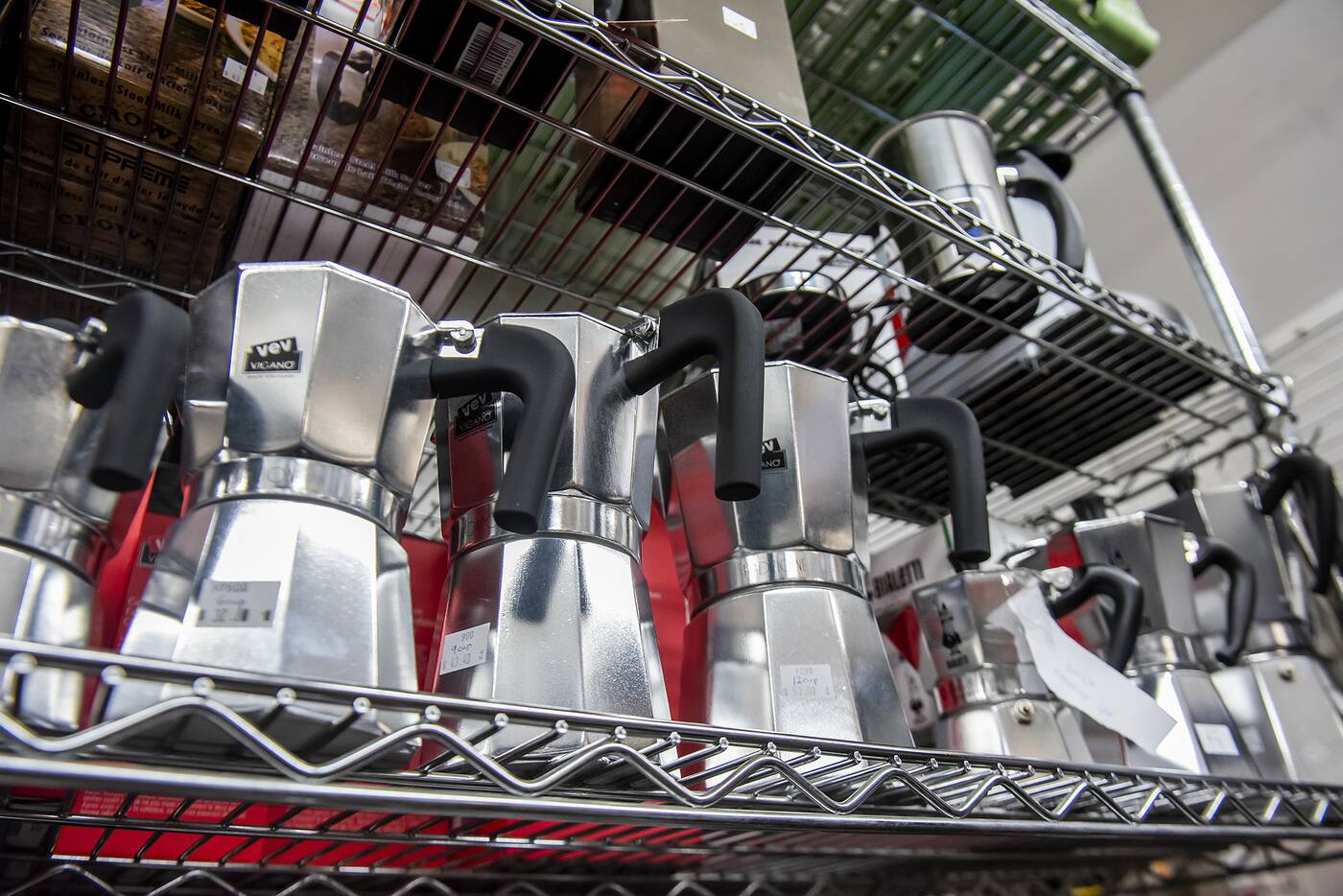 They're slowly building up inventory again of product that has dwindled down, which hasn't been easy as a lot of suppliers have also been in a tough situation, having to cut down on production without enough workers. 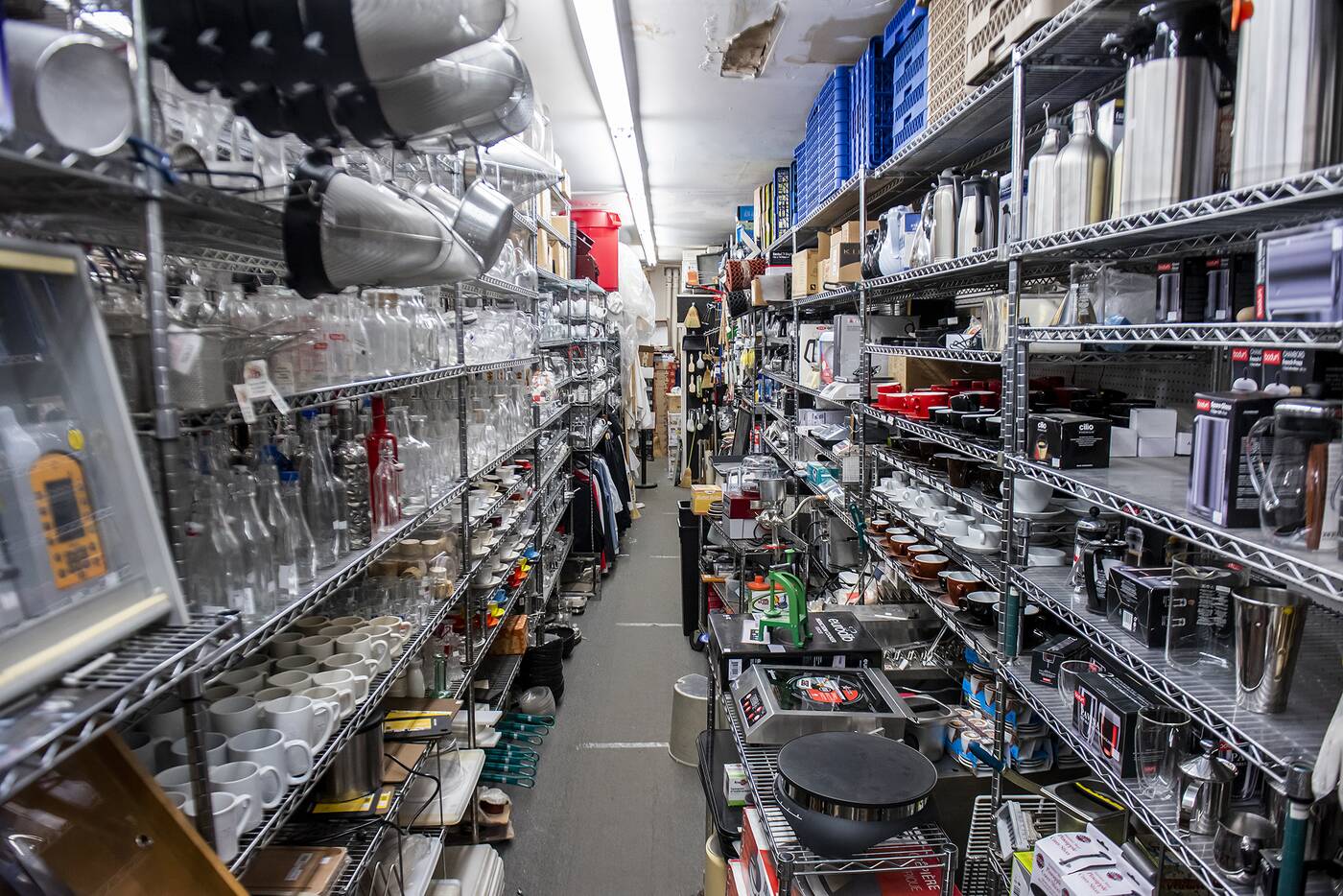 "We're doing a lot of scrambling but we're managing by going to different sources and getting whatever we can," says Solakis.

As for Nikolaou's restaurant clients, he says "they're happy to still have me around. Even the public, I think we have a bit of a following. When they come by, they say 'I'm glad you're still here.'"