A little restaurant on a side street in Toronto has survived for 34 years despite its slightly obscure location and the shifting times.

Le Paradis is a French bistro that opened up on the little stretch of Bedford that's tucked between Davenport and Dupont in 1986. 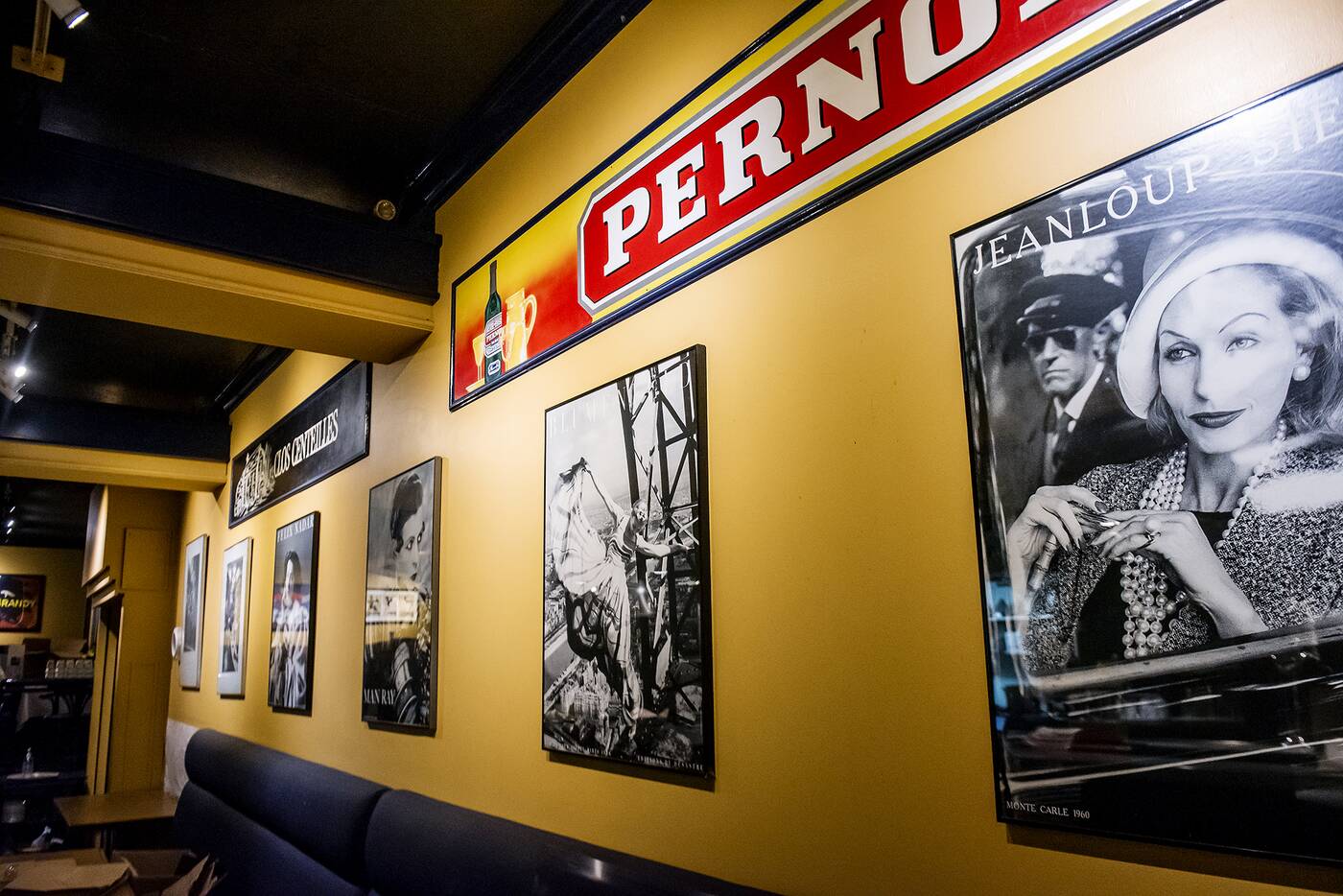 Current owner David Currie was only a part owner at that time, and it was actually his partner who Currie says was "keen on the side street," joking he's "still stuck there" over three decades later.

He had previously been involved at Panache on Yonge, and actually liked the main street that he ended up leaving.

It was around 1990 that he bought out his partner, assuming full control of Le Paradis. Currie tells blogTO it would have been too expensive to move the restaurant over all these years.

The 110-seat restaurant is known for classic French fare, the menu these days consisting of iconic items like boeuf a la bourguignonne, cuisses de canard aux cerises and onglet au poivre (hanger steak with peppercorn sauce), all of which have been made available for takeout. 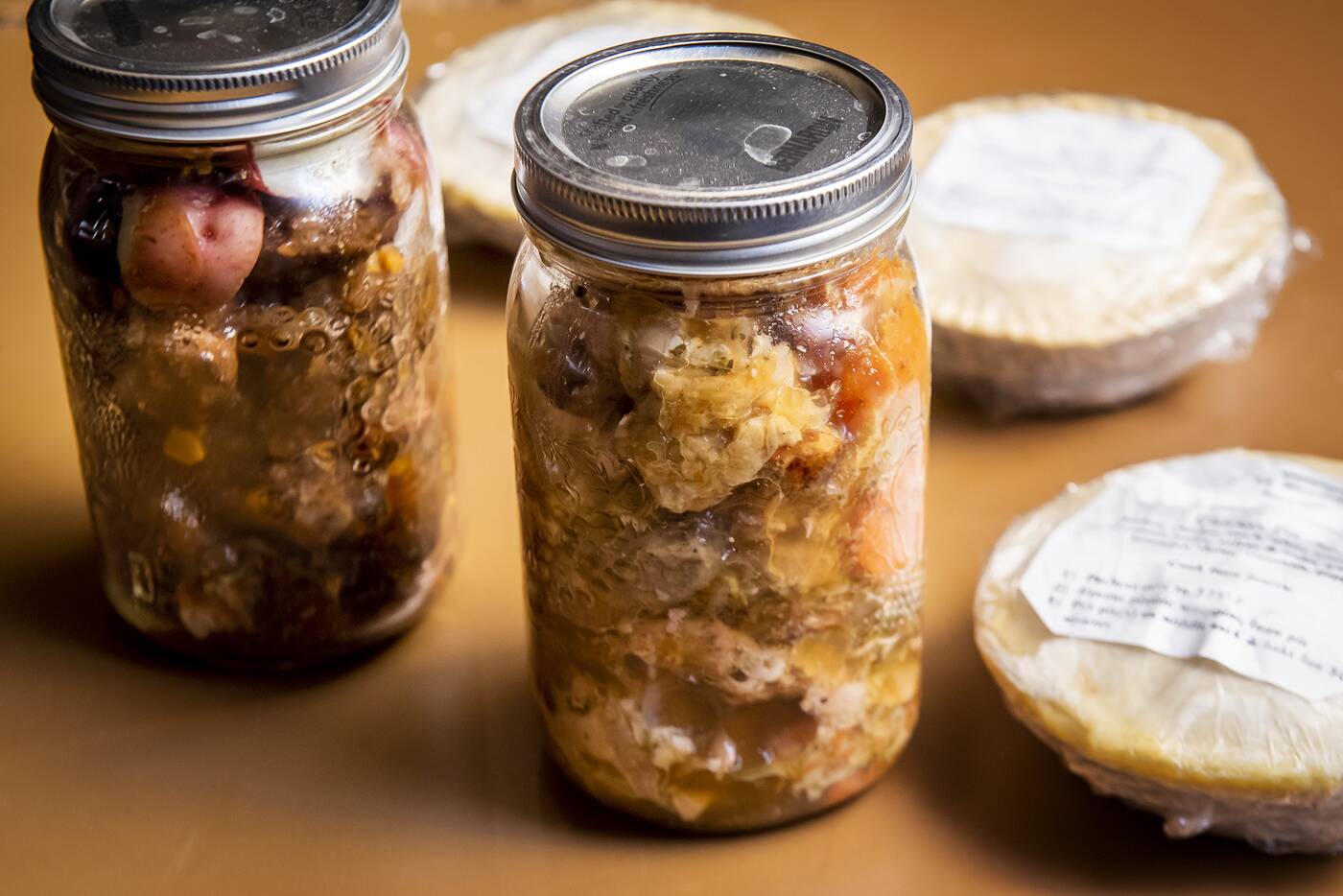 The boeuf a la bourguignonne and some other items like ratatouille have also been made available in heat-and-serve form.

The hanger is something that's always been on the menu, though when the restaurant first opened they were able capitalize on cheaper prices for ingredients needed for French cooking like hanger steak, kidney, sweetbreads or flank steak. 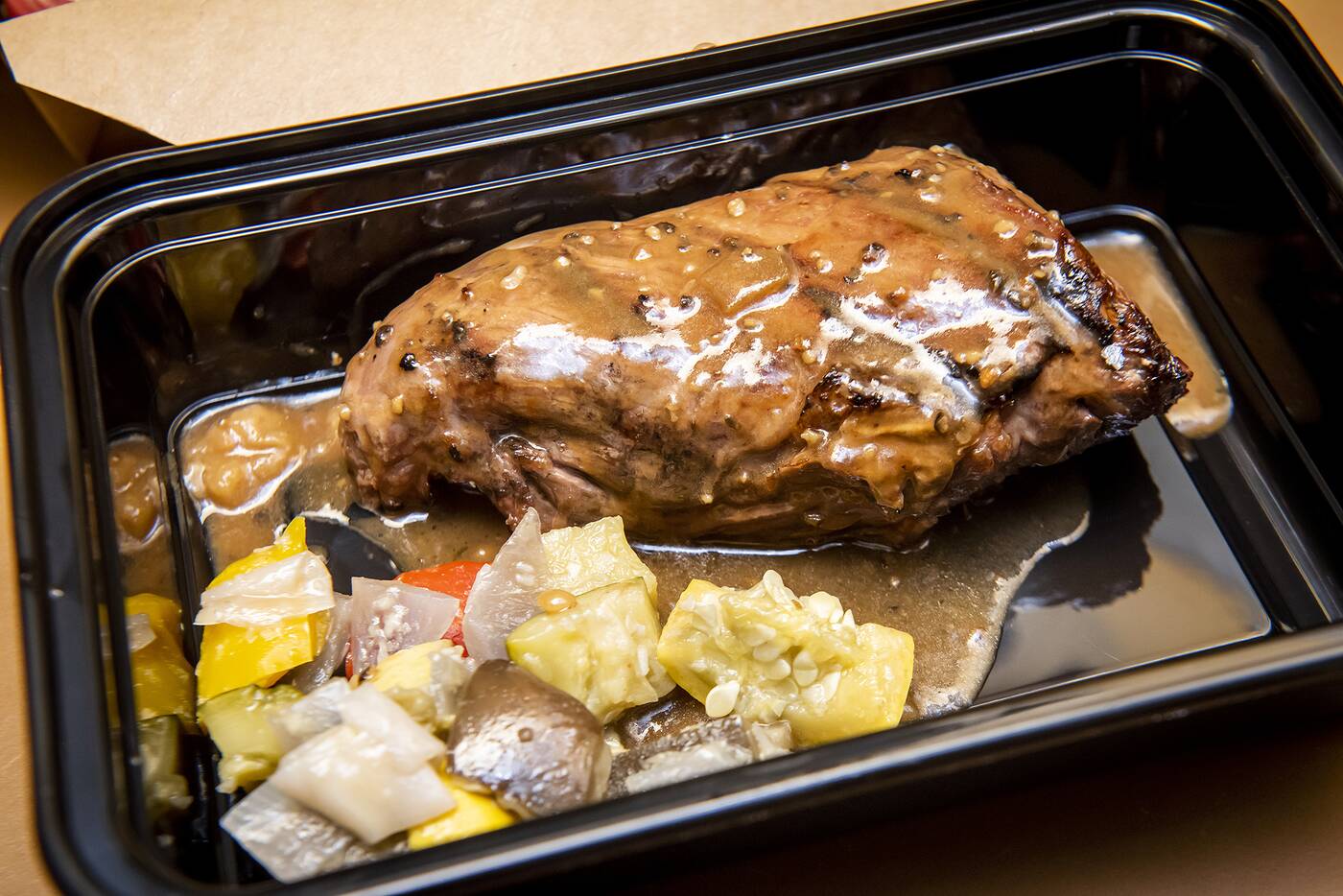 This, in turn, was reflected in the menu prices, and despite their out-of-the-way location the restaurant found success with a reputation as "the cheapest place in an affluent neighbourhood," according to Currie.

Prices when Le Paradis first opened hovered around $10, their most expensive items topping out at around $14. 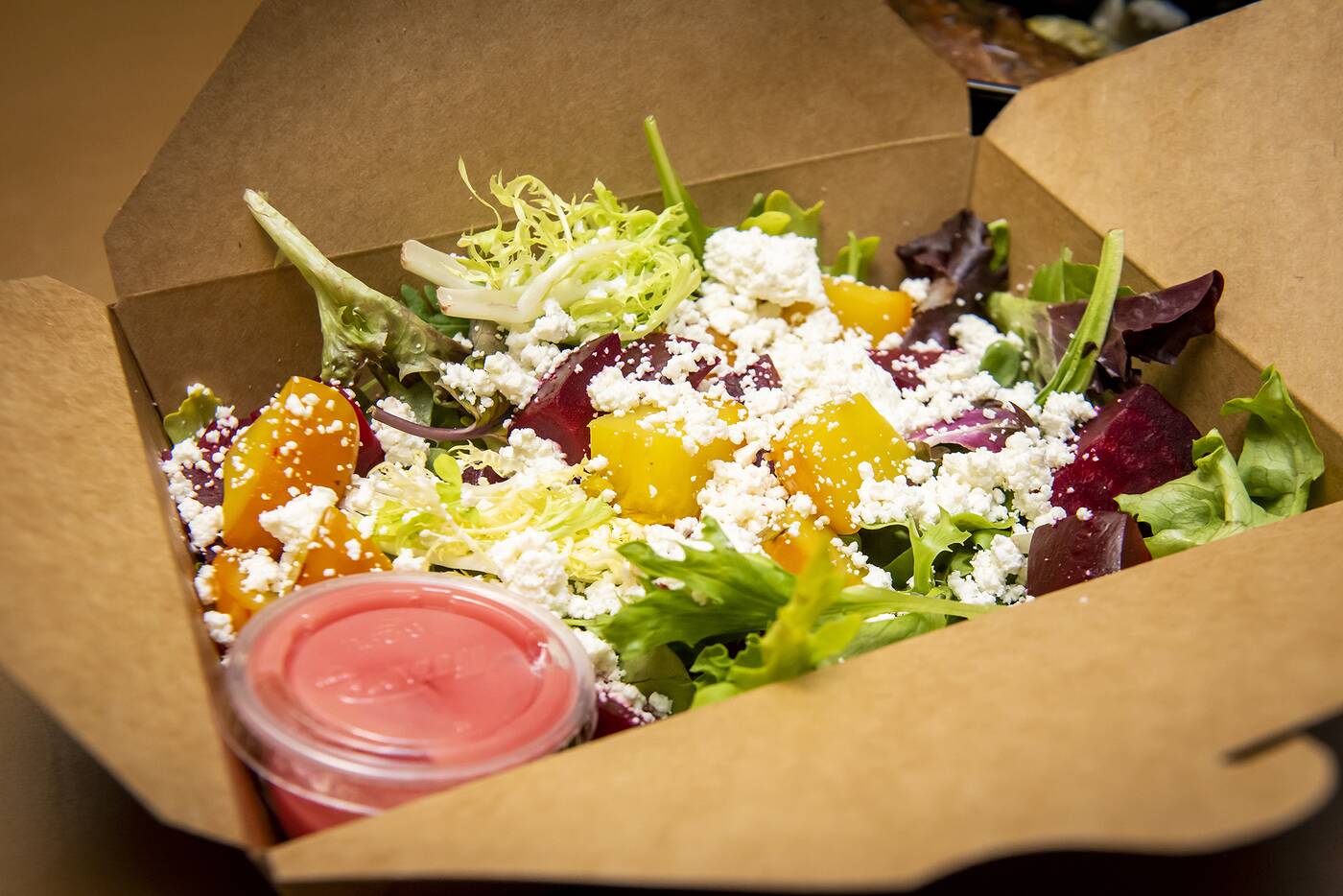 The place also became popular with students because of its affordability, as well as people seeking a true French bistro experience.

This combined with the reputation he already had based on the success of Panache helped skyrocket Le Paradis to popularity, even if some of the eager patrons weren't always prepared for the kidneys and sweetbreads that awaited them. 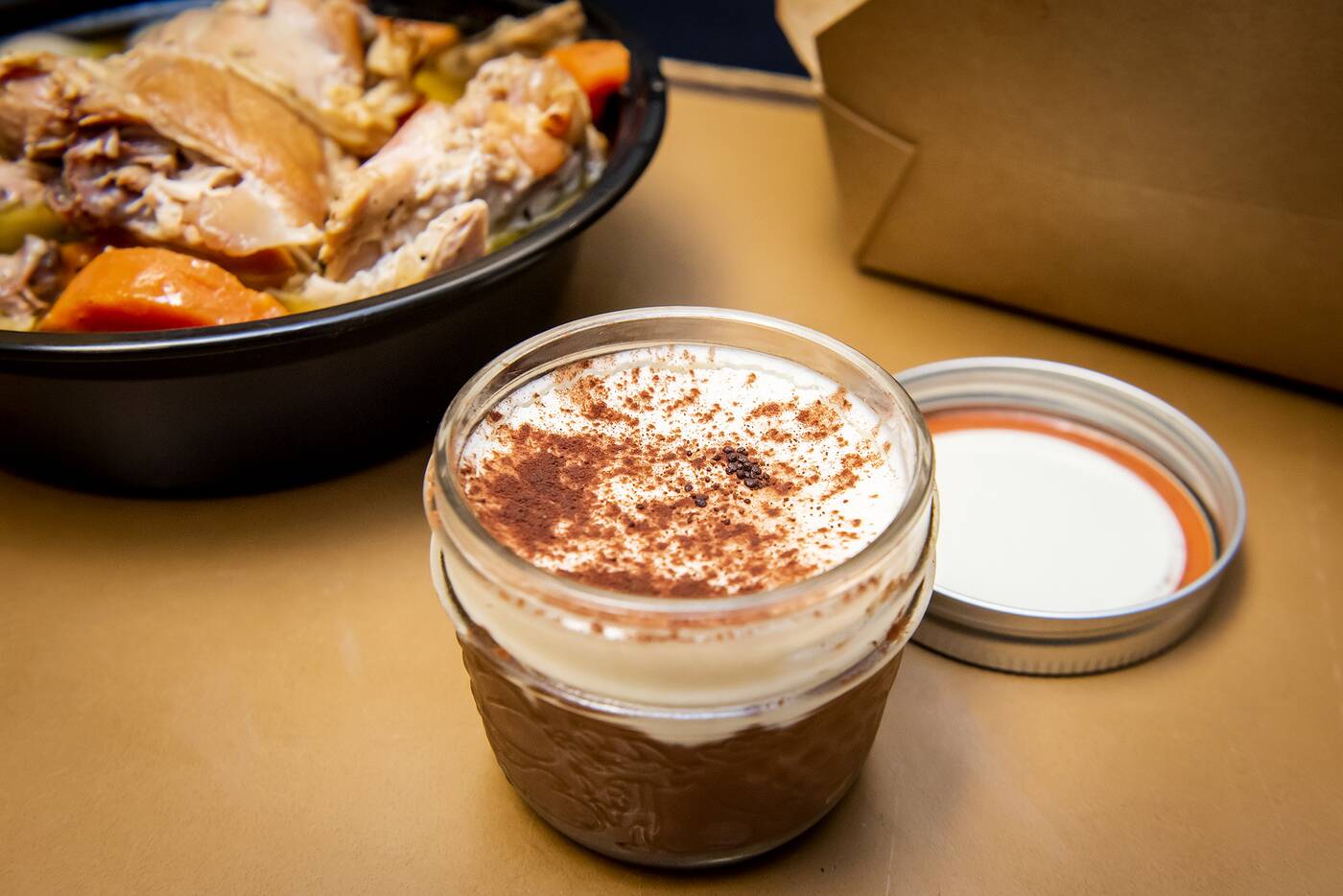 "We weren't for fussy eaters back then. We never served pasta or other standards," says Currie.

"In our heyday people would line up for a long time to get inside, then realize, 'I don't want to eat any of these things.'" 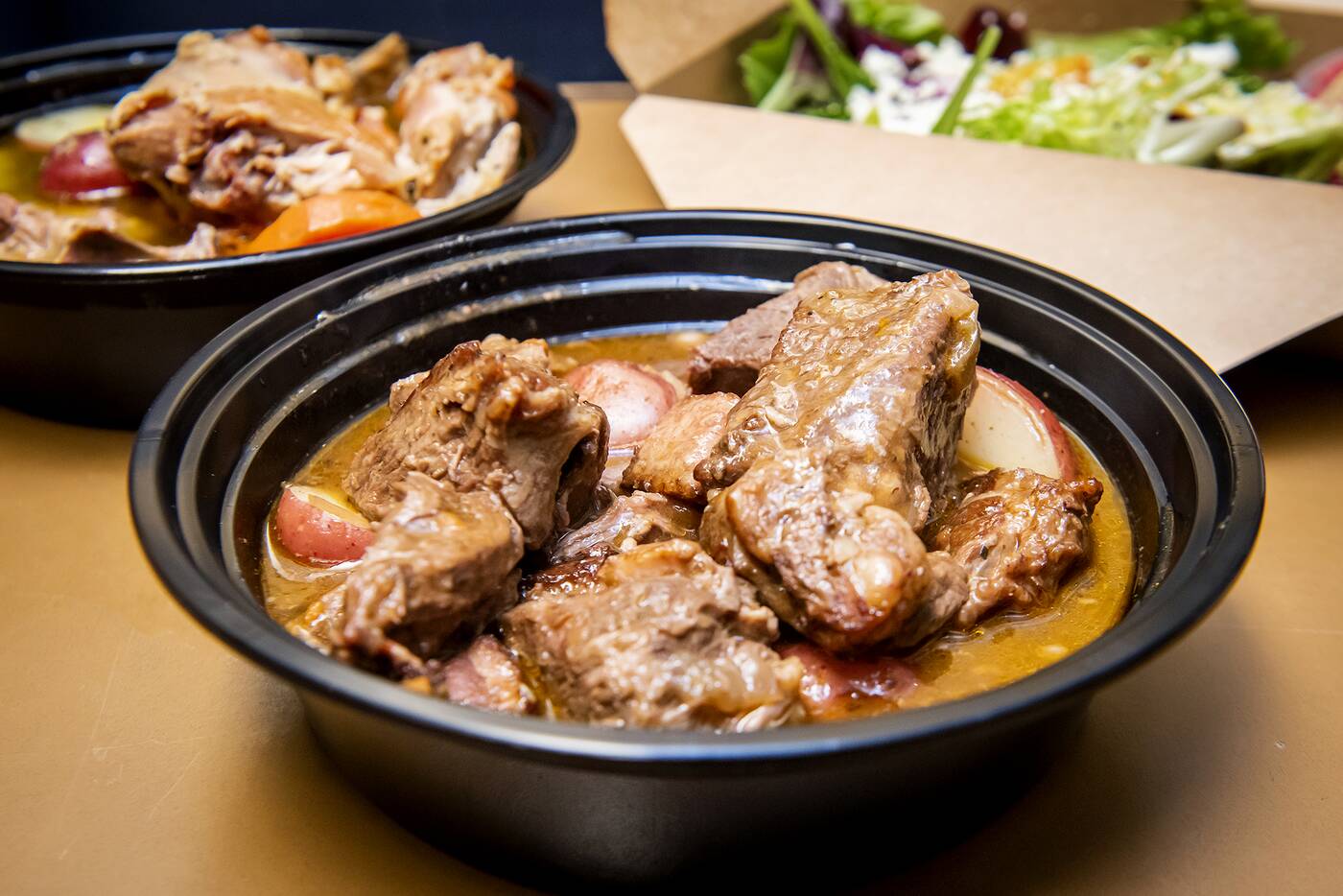 Currie says over time the menu "became less hardcore" out of necessity due to aging clientele and the way their staff changed over the years.

In the 1980s and 1990s most chefs had learned the basics of French cooking, whereas now it's less common and harder to find someone with that background. 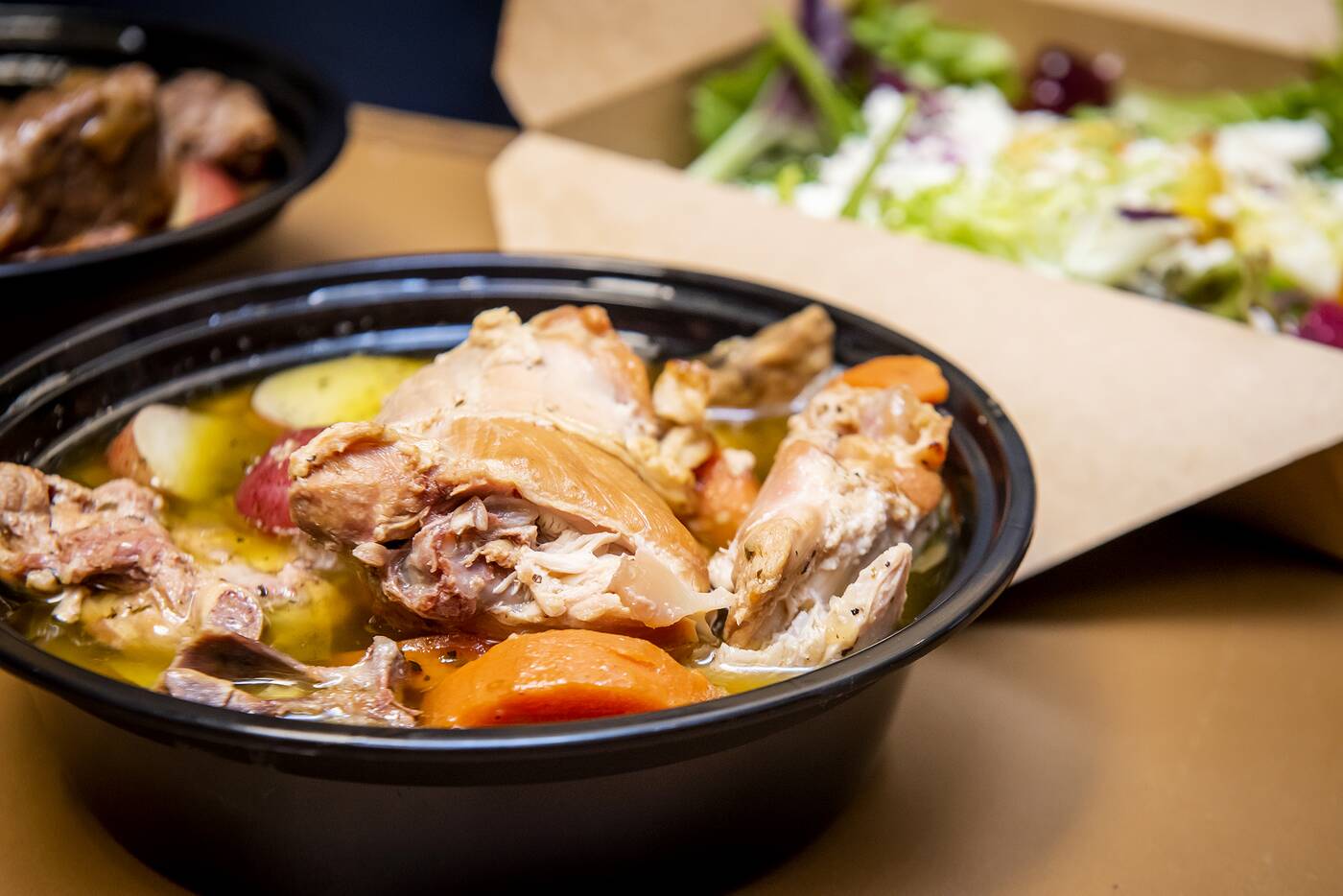 The unexpected nature of the menu at Le Paradis would become something that helped it survive over the years, perpetually changing and drawing people back to the restaurant every single day.

"A huge amount of the neighbourhood would eat there Monday to Thursday," says Currie. 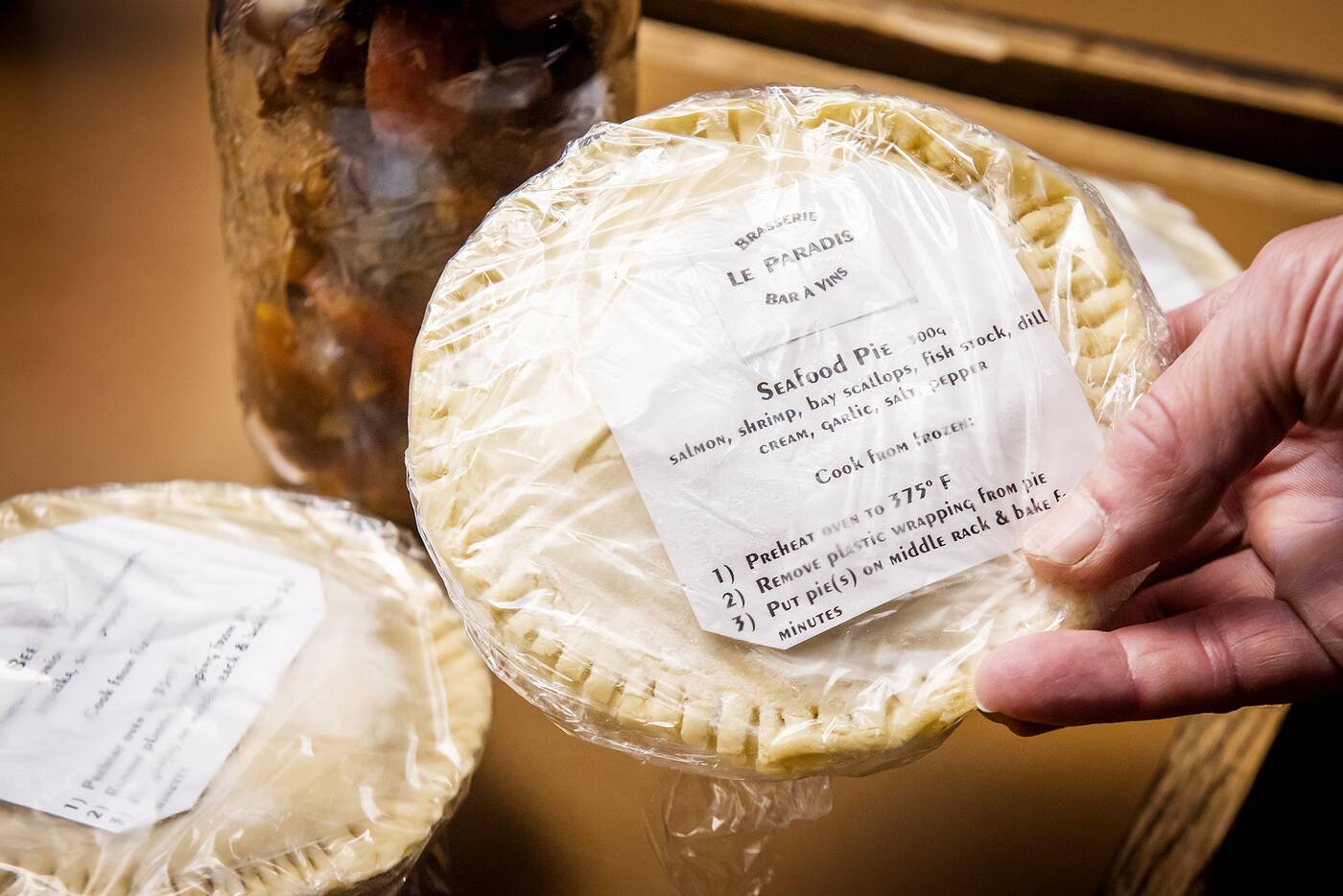 Currie also says there used to be more of a culture of going out for dinner not only before but after events like hockey games, concerts and theatre shows, and Le Paradis developed a relationship with Tarragon over the years.

It's rarer for people to go out to dinner after events these days, and of course there haven't been many events to speak of lately. 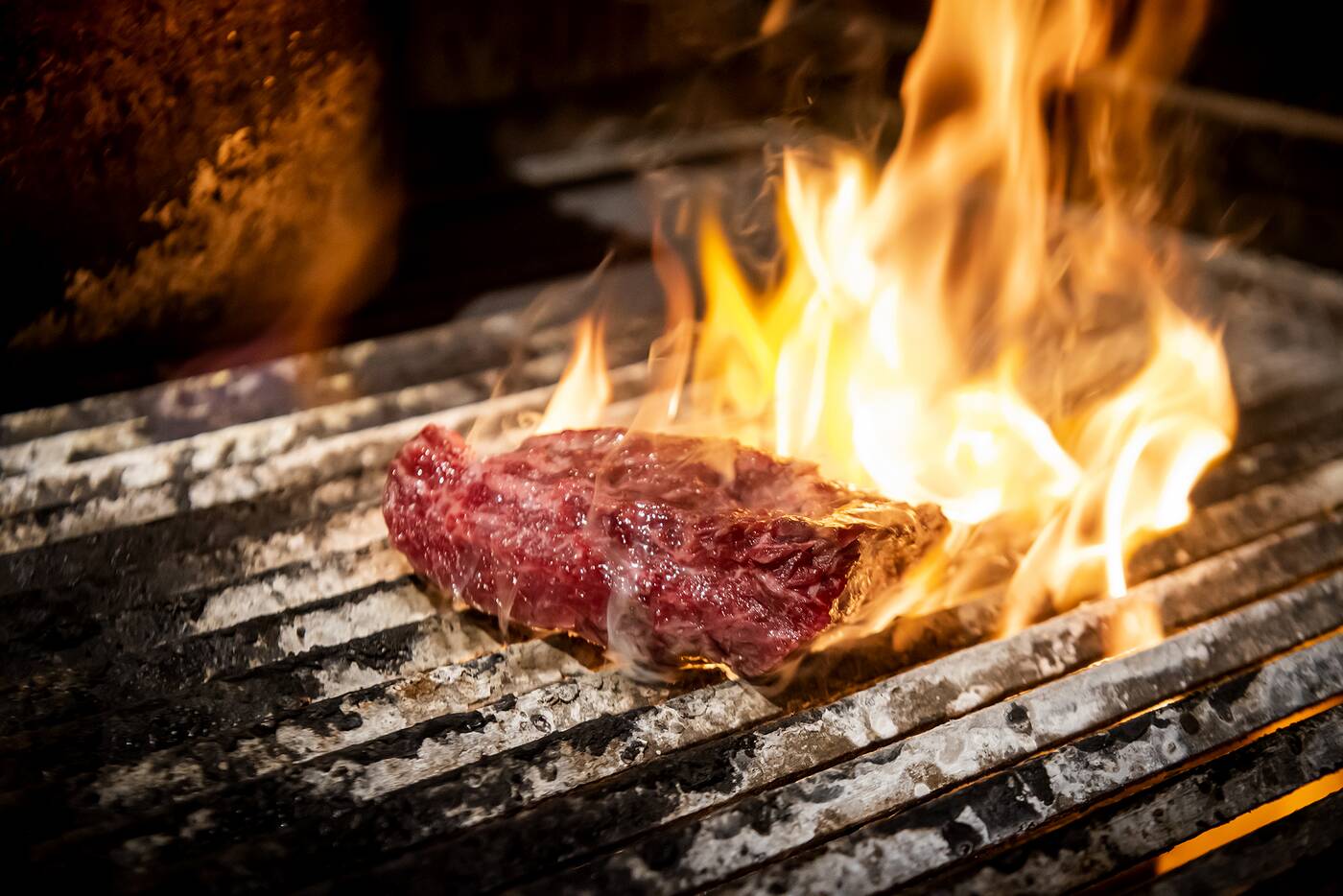 Currie says there was "all of a sudden no business plan" for a bistro that had never done takeout when the pandemic hit and restaurants were locked down.

He says during the first lockdown the restaurant was doing about 20 per cent of its normal business.

Currie says it's also been tough staffing the restaurant since "so many people won't come back." 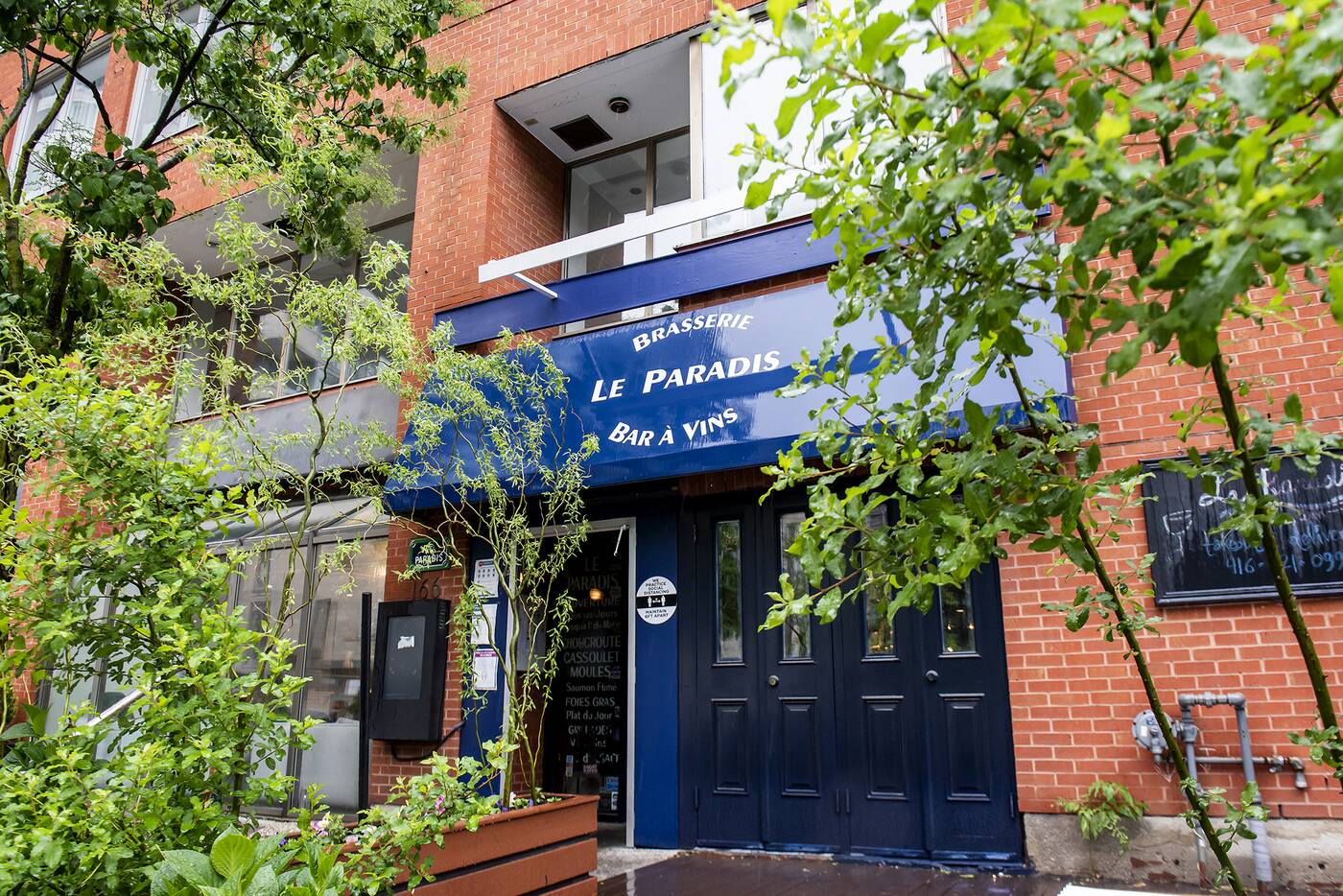 However, in a nutshell, Currie says he really didn't want to walk away from the business after hanging on for so long. Also, moving would be very expensive, and it's not like the demand for Le Paradis isn't there.

Currie says he could seat 500 people a night if it were humanly possible based on the demand for reservations.

When they opened the patio up the first day it was allowed in 2021, Le Paradis was serving 120 people a night, which Currie still had to cut back on to avoid staff burnout. 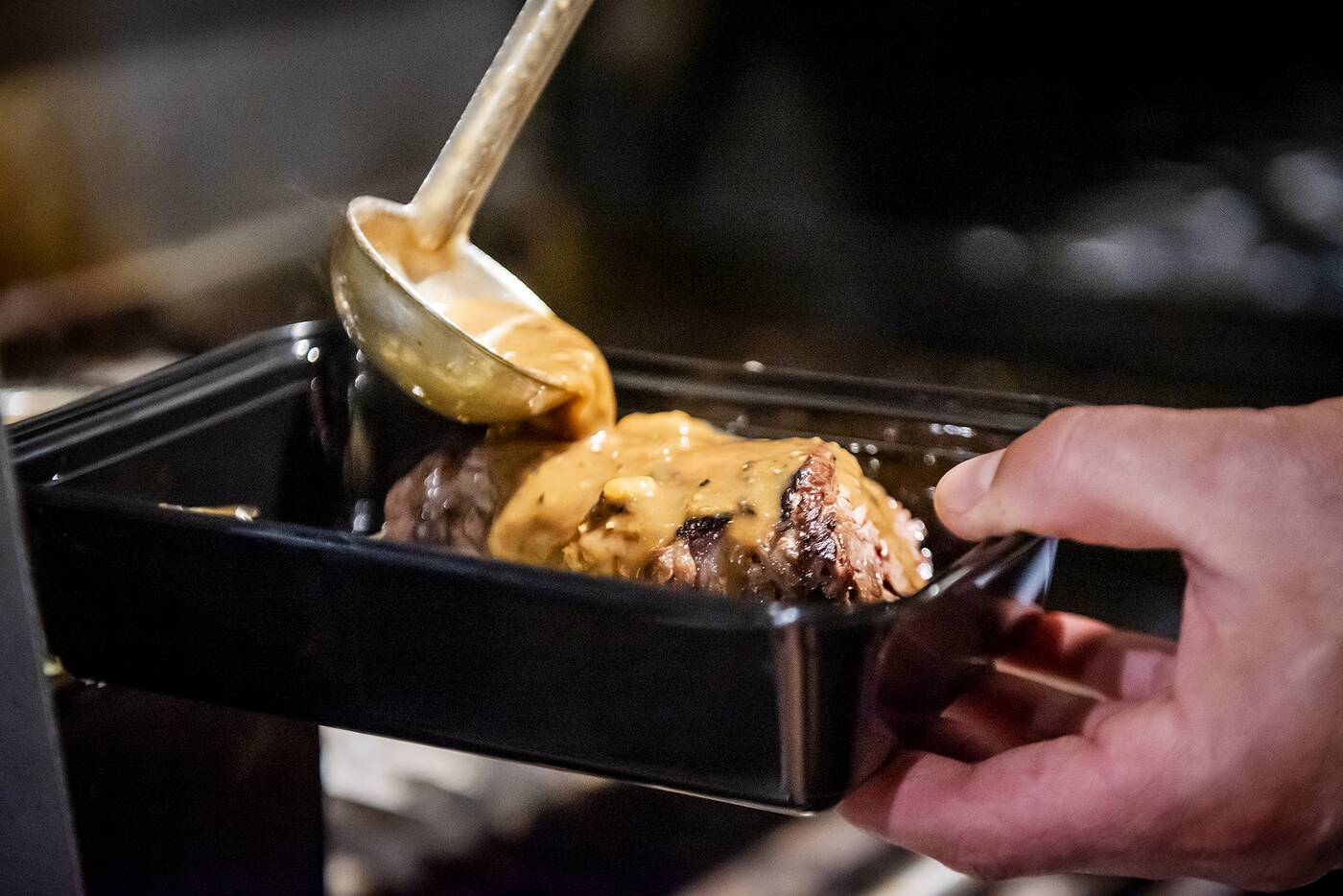 He's continuing to run the restaurant to try and pay off debts from the pandemic, but says of a return to business as usual, "until we get there, there's no possibiliy to catch up."

Even indoors, a banquette that could normally seat 14 only seats 8 with social distancing, a room that seats 40 normally only seating 12.

In the meantime, Currie says Le Paradis has an "incredible customer base" even though they "don't know when they'll allowed to welcome them back to the business again."