You can find some of the best smoked meat in Toronto shipped straight from Montreal downtown once again, and in an area that's lost some of the city's great delis.

"I loved Mel's on Bloor back in the day, and Caplanksy's used to be a block away from us," FreePlay managing partner Jake Yakobi tells blogTO. 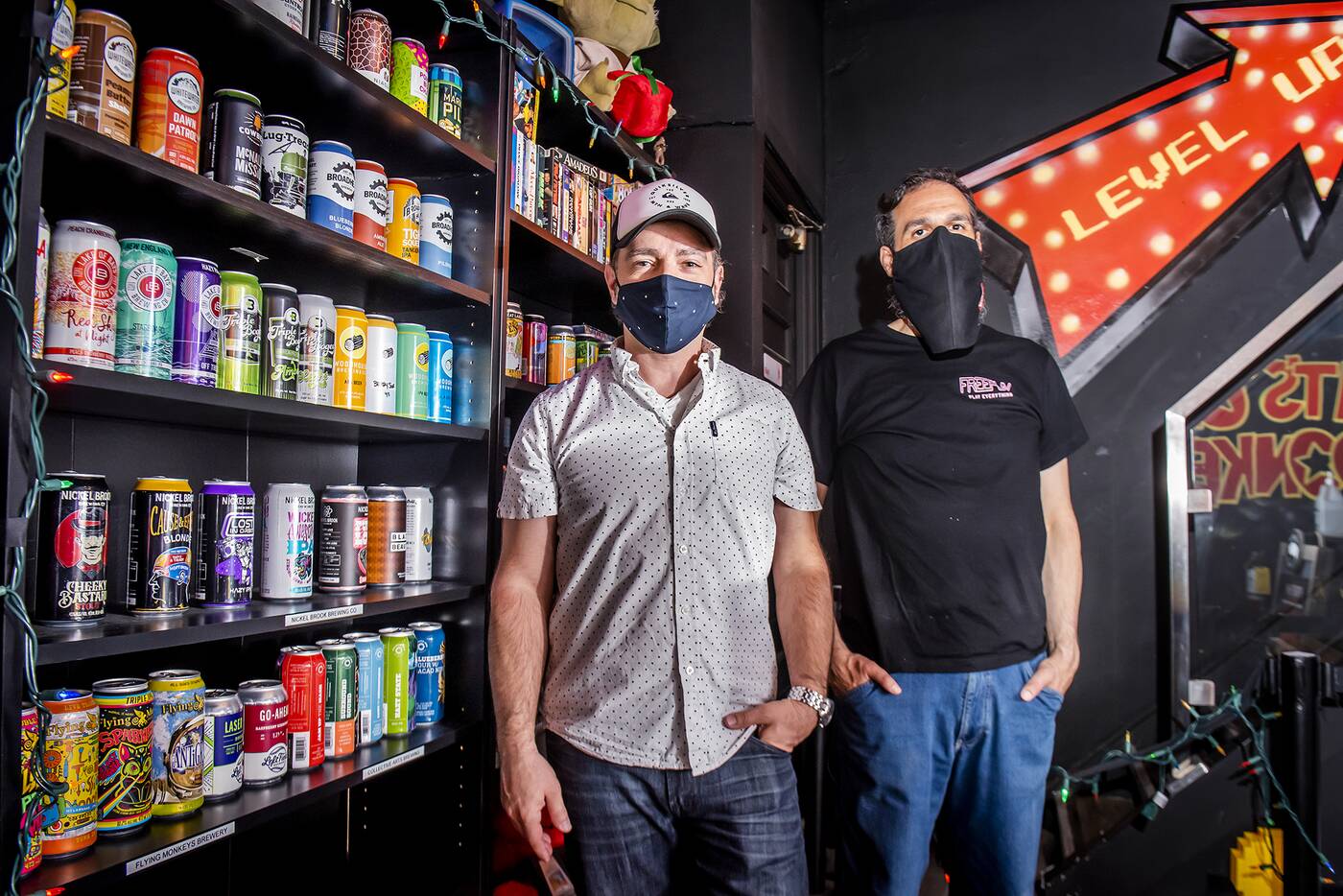 Yakobi has been doing hospitality-related work since 1999, curating music for businesses and attending food service and hotel shows around the world. 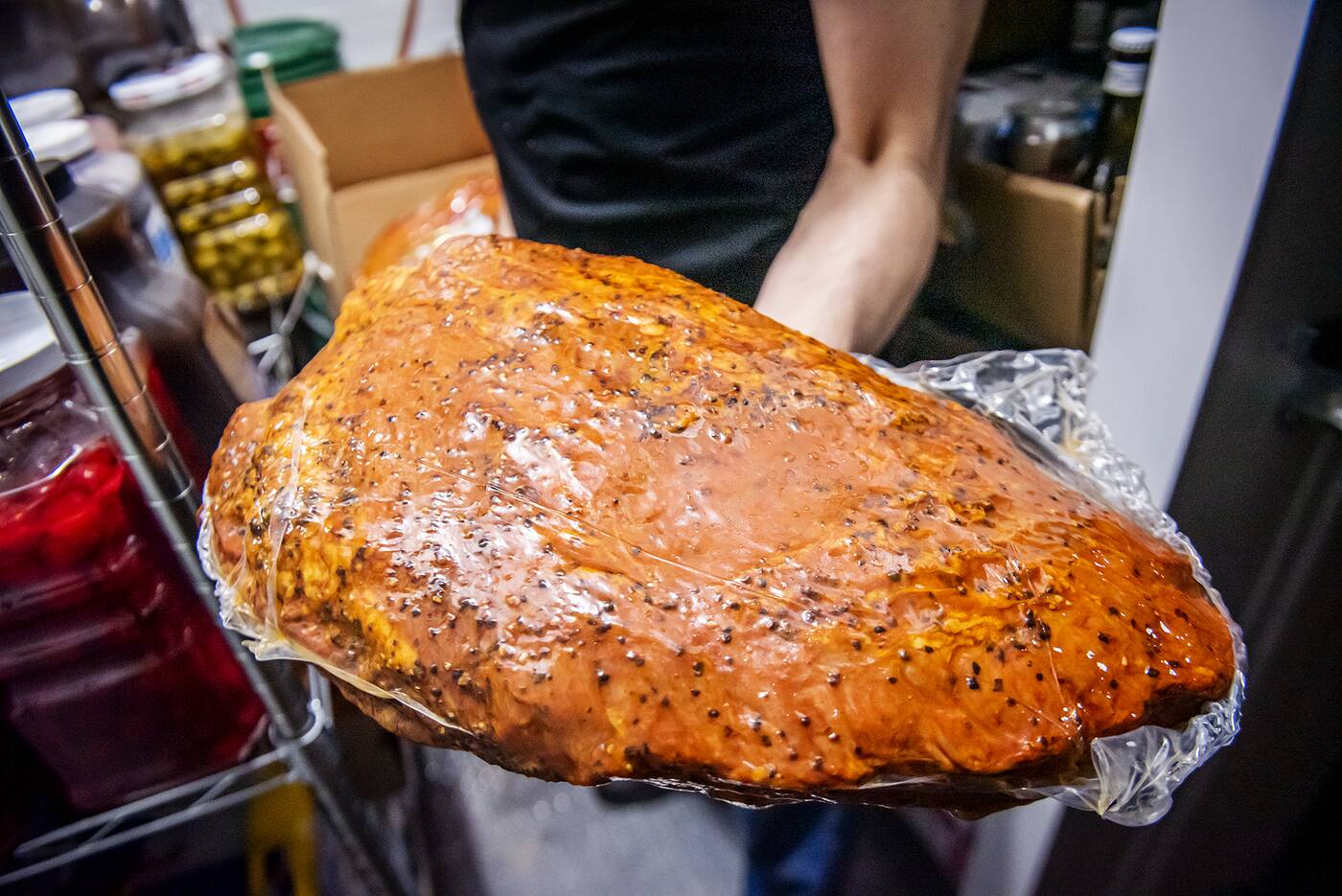 According to him, that's how he connected with "a smokehouse doing things the traditional way for decades" that now provides the meat for his virtual restaurant MTL Smoked. 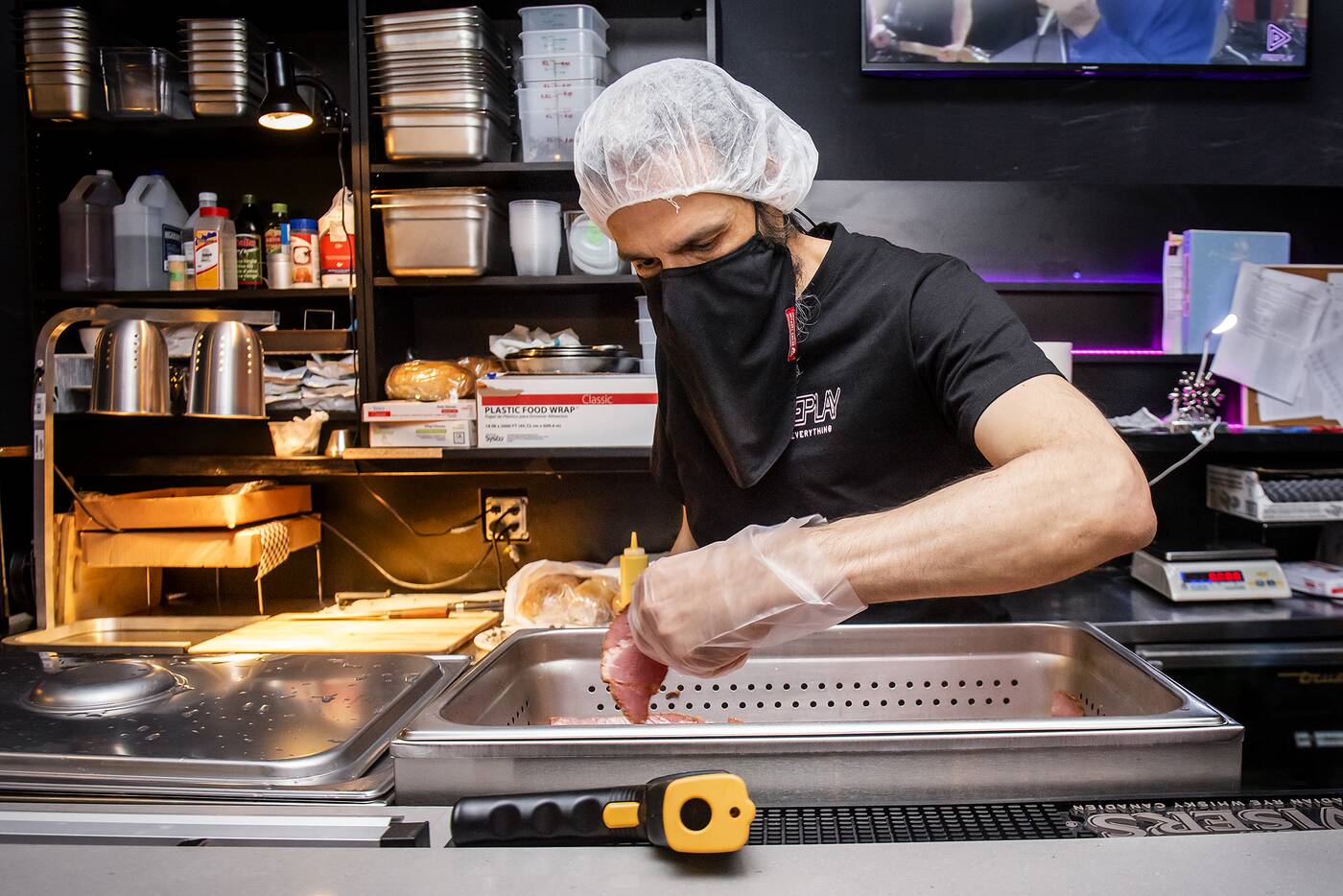 Yakobi won't reveal the specific smokehouse, only that "they produce for some of the more famous smoked meat spots in Montreal."

FreePlay is a barcade in Little Italy, but during the pandemic it's pivoted to become a virtual food hall that also hosts Chef Noel Cunningham, Camp Smokehouse, Tokyo Hot Fried Chicken and Keto Food Co. 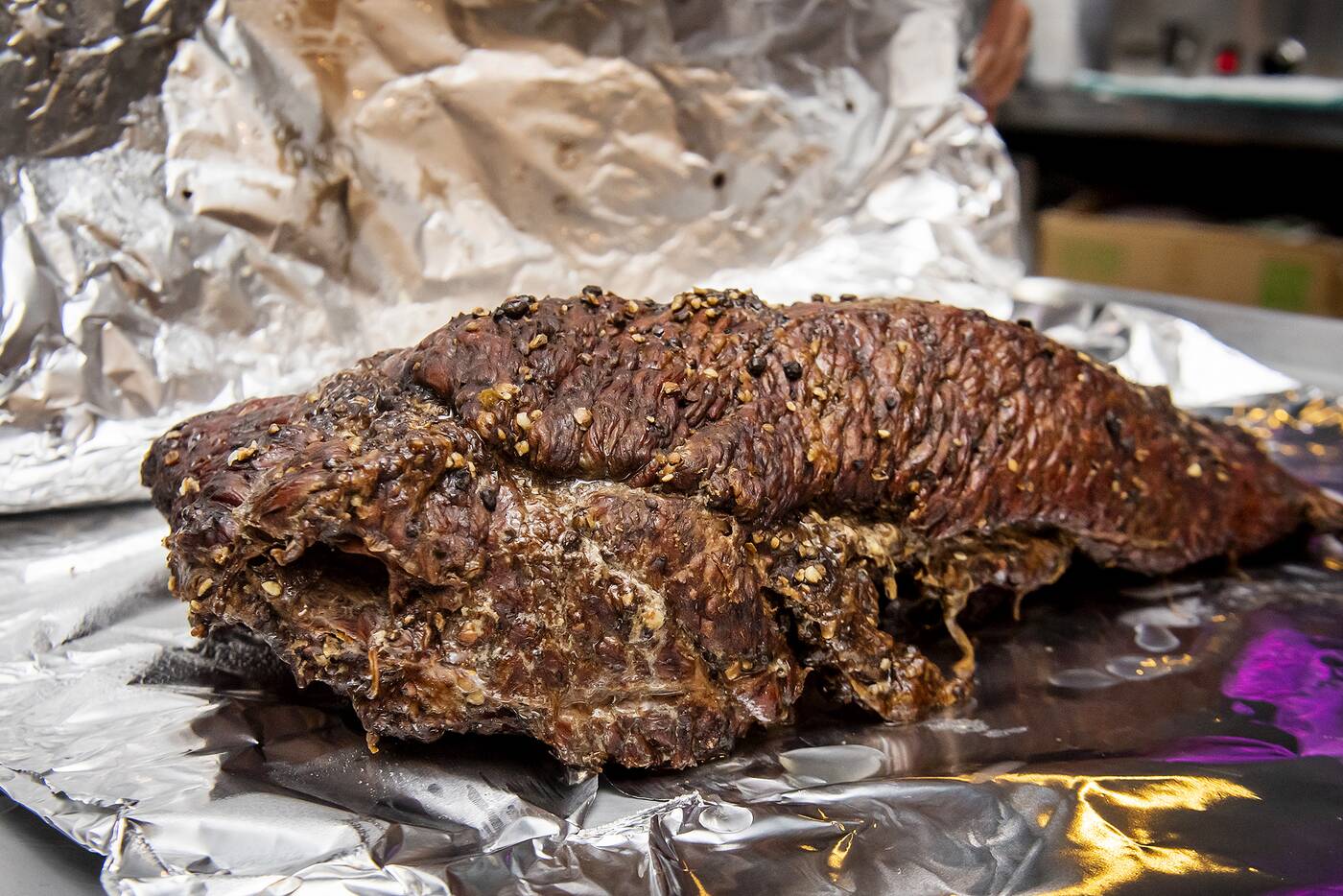 "It was the perfect environment to start a food brand, and that's exactly what we did," says Yakobi.

"When we opened FreePlay we always had the idea of starting the MTL Smoked brand as we knew there was not a proper option for Montreal smoked meet anywhere downtown. Believe me, I've searched." 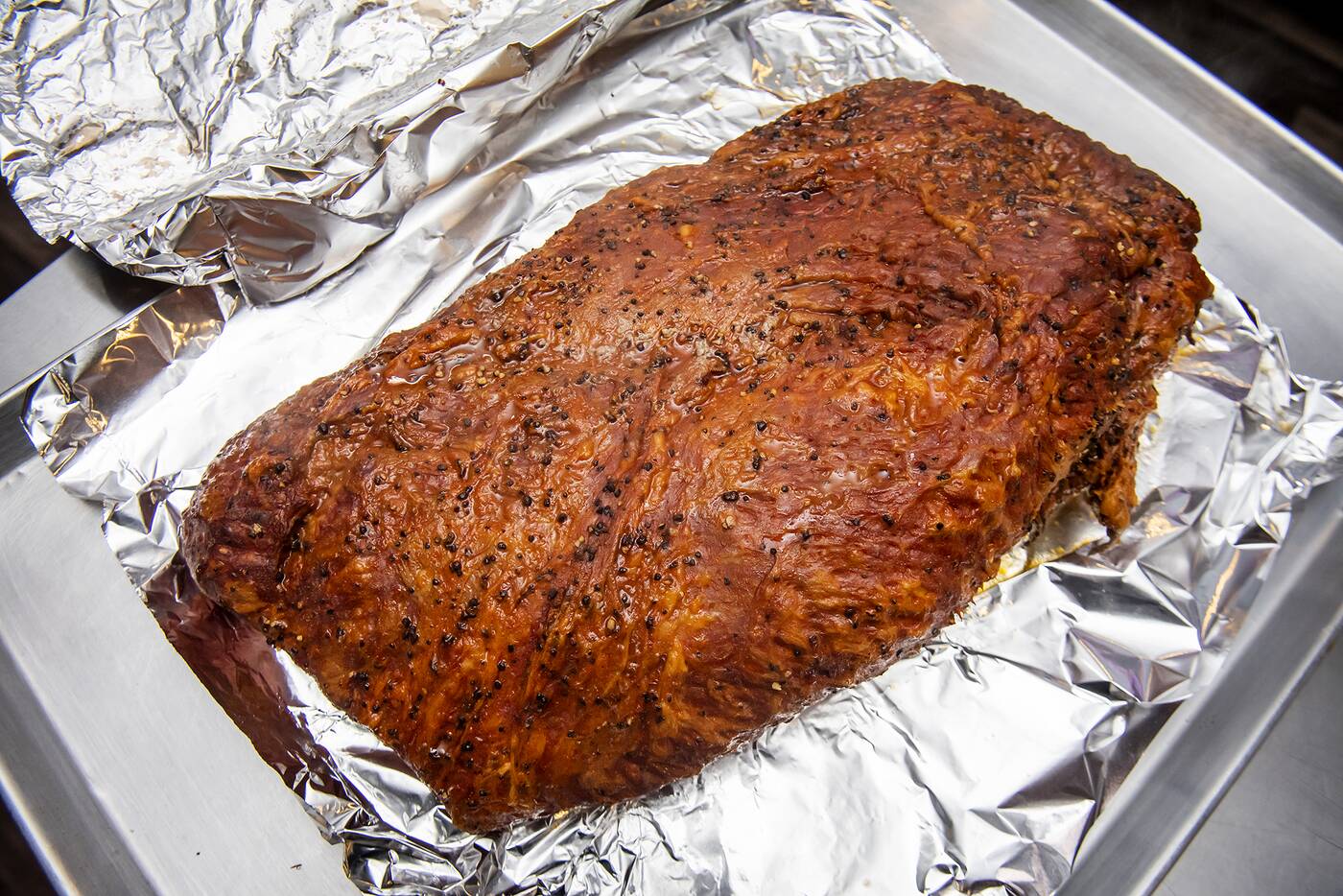 MTL Smoked meats are trimmed, aged, brined and smoked in Montreal, and then steamed at FreePlay and served in Toronto. 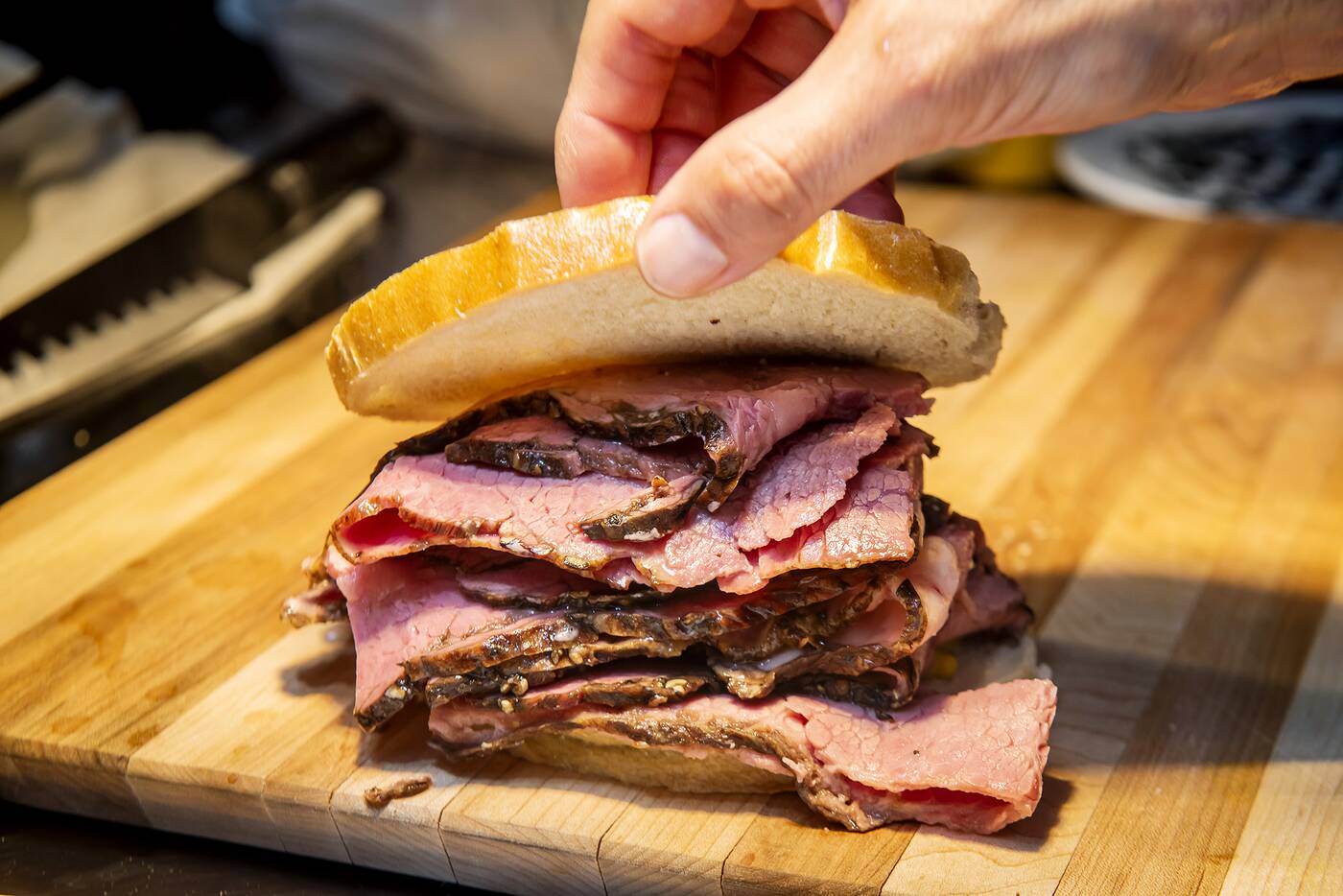 You can order the meats a la carte or in sandwiches (including a massive two-pound "Beard of Zeus" version) along with poutine, pickles and slaw. 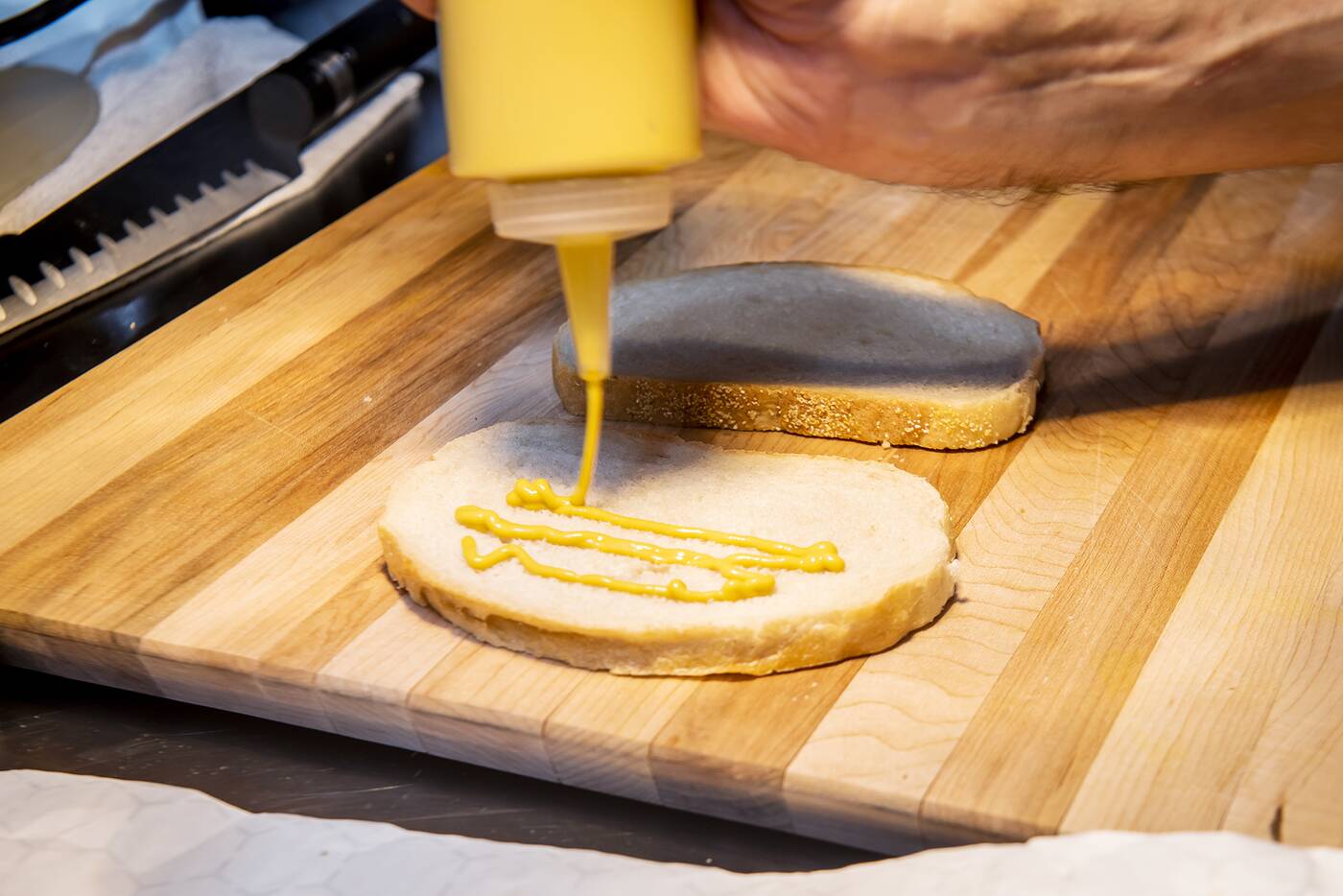 Though the smoked meat comes from Montreal, rye bread is sourced from Harbord Bakery and black cherry soda comes from Pop Shoppe. 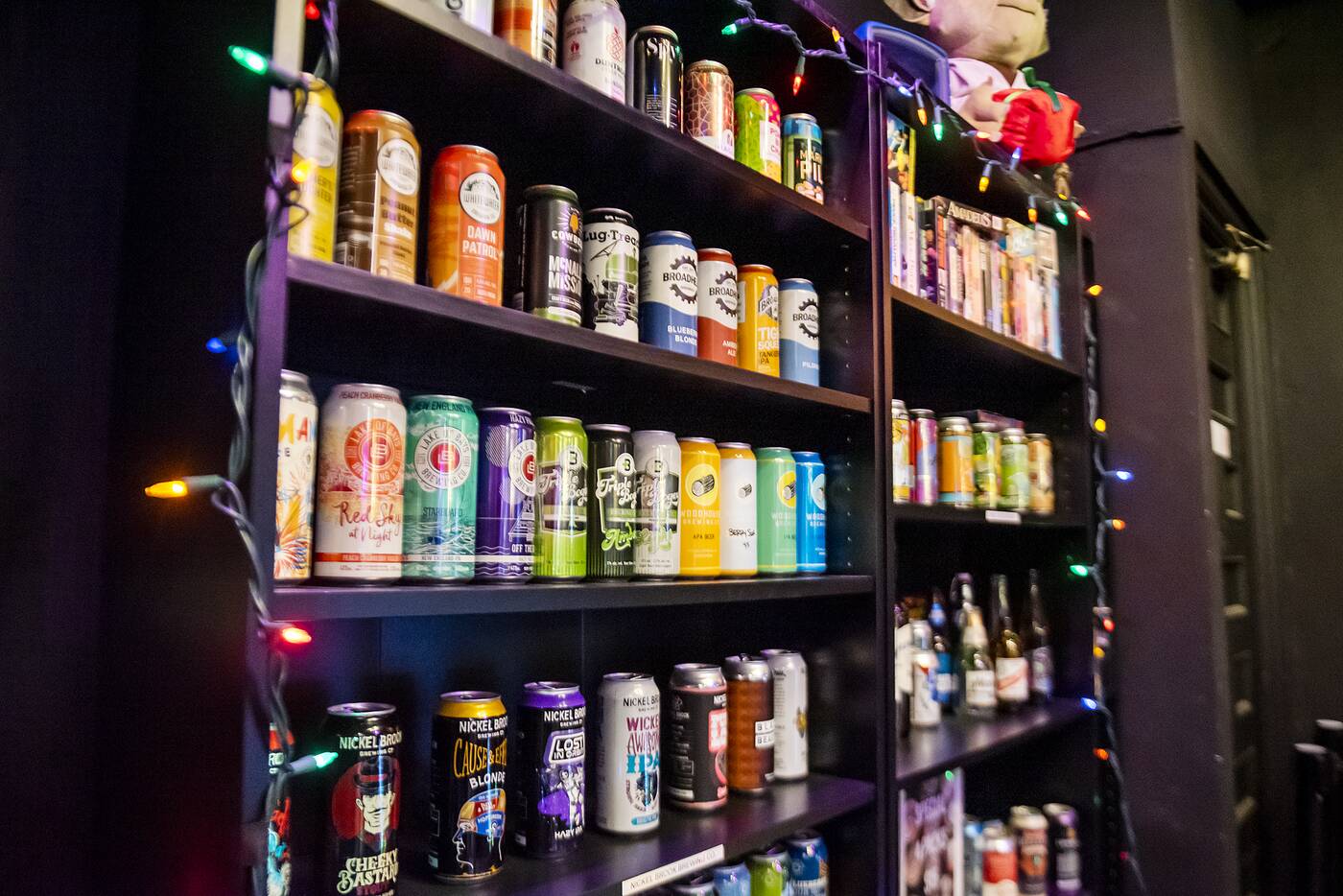 "It's important to point out that we do have a smoker in house here at FreePlay and still choose to have the real deal brought in fresh weekly," says Yakobi. 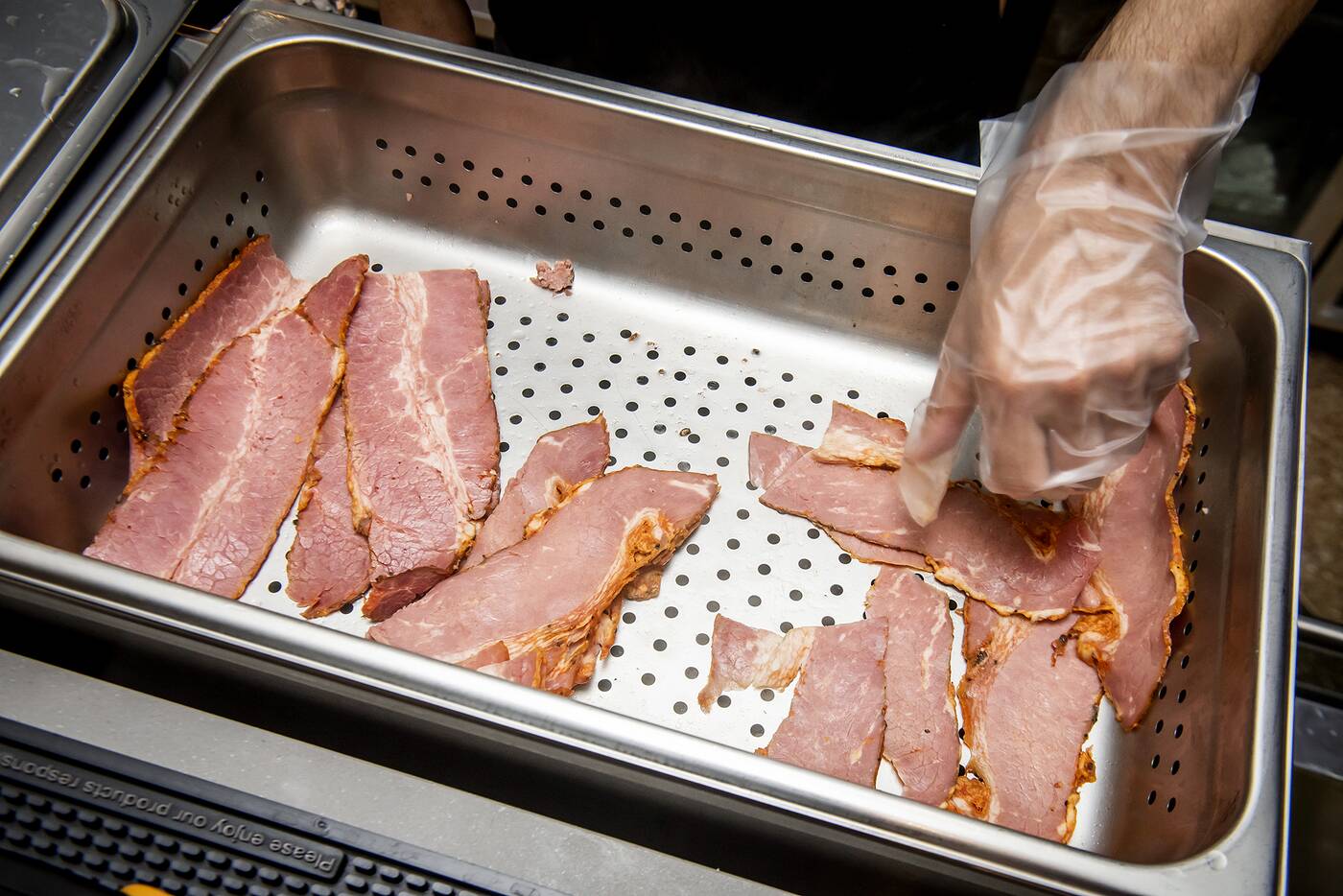 The meat is brought over in a refrigerated truck, and to prepare it to be served, it's steamed at FreePlay in a labour-intensive process Yakobi says is "where other restaurants fail." 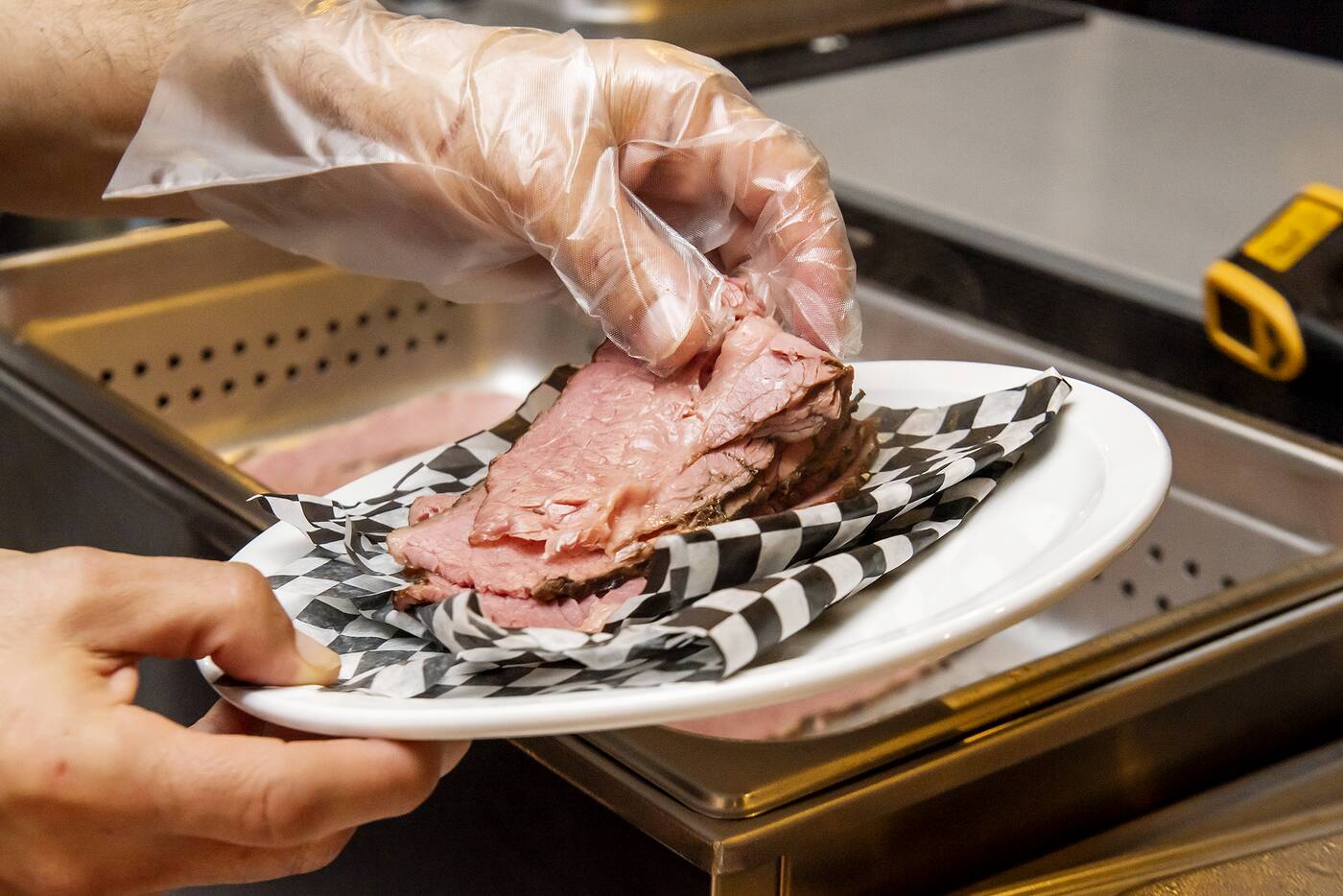 "After months of perfecting the right temperature and timing we finally got to where we needed to be. We steam the meat for at least 5 hours," says Yakobi.

"This renders the fat and gives the meat the melt-in-your-mouth texture hat it has become so famous for." 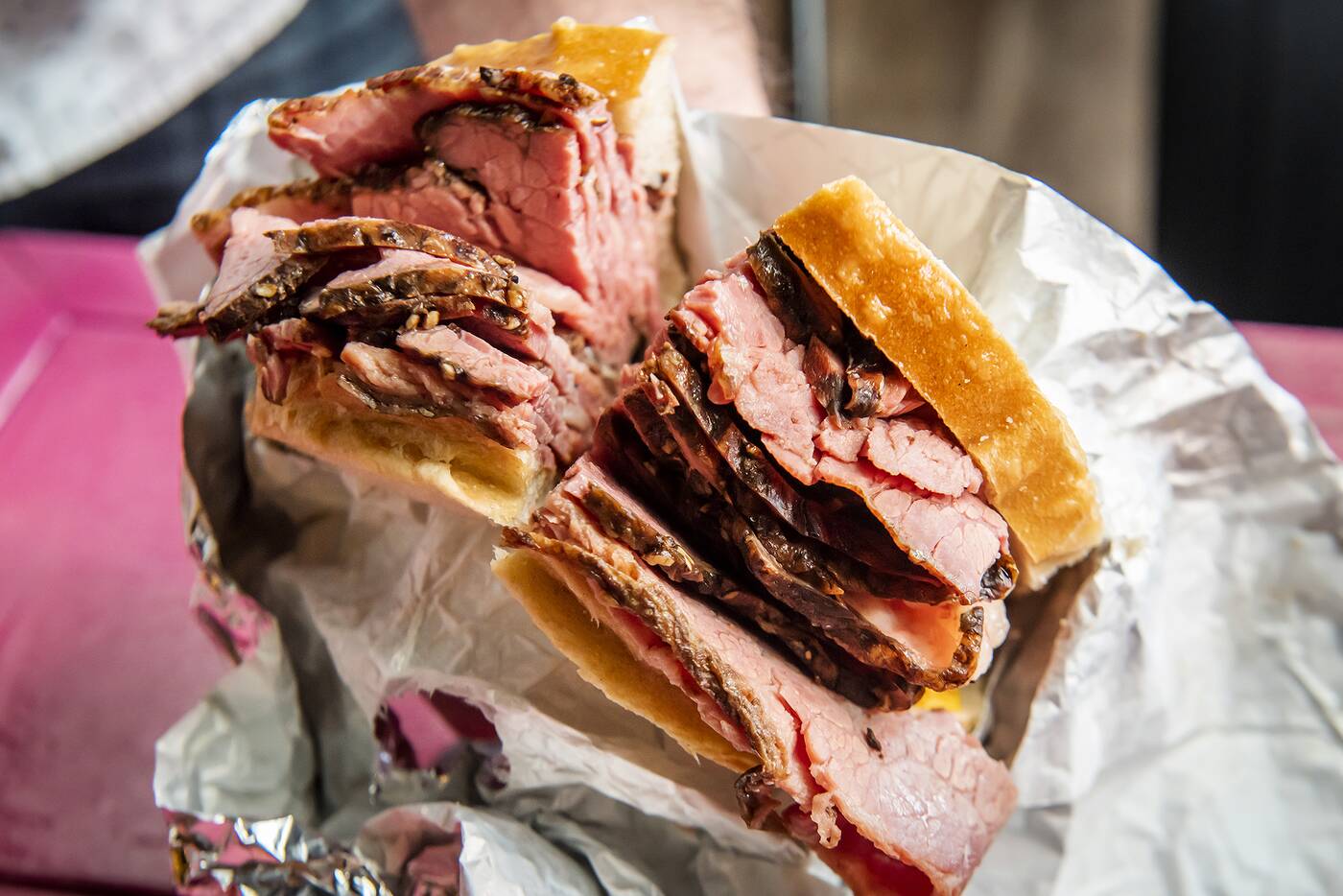 This process was made even more difficult by selling out often when MTL Smoked first launched, balancing out the number of orders with steaming the exact right amount of meat so everything is as fresh as possible, a balance that's still a challenge to perfect. 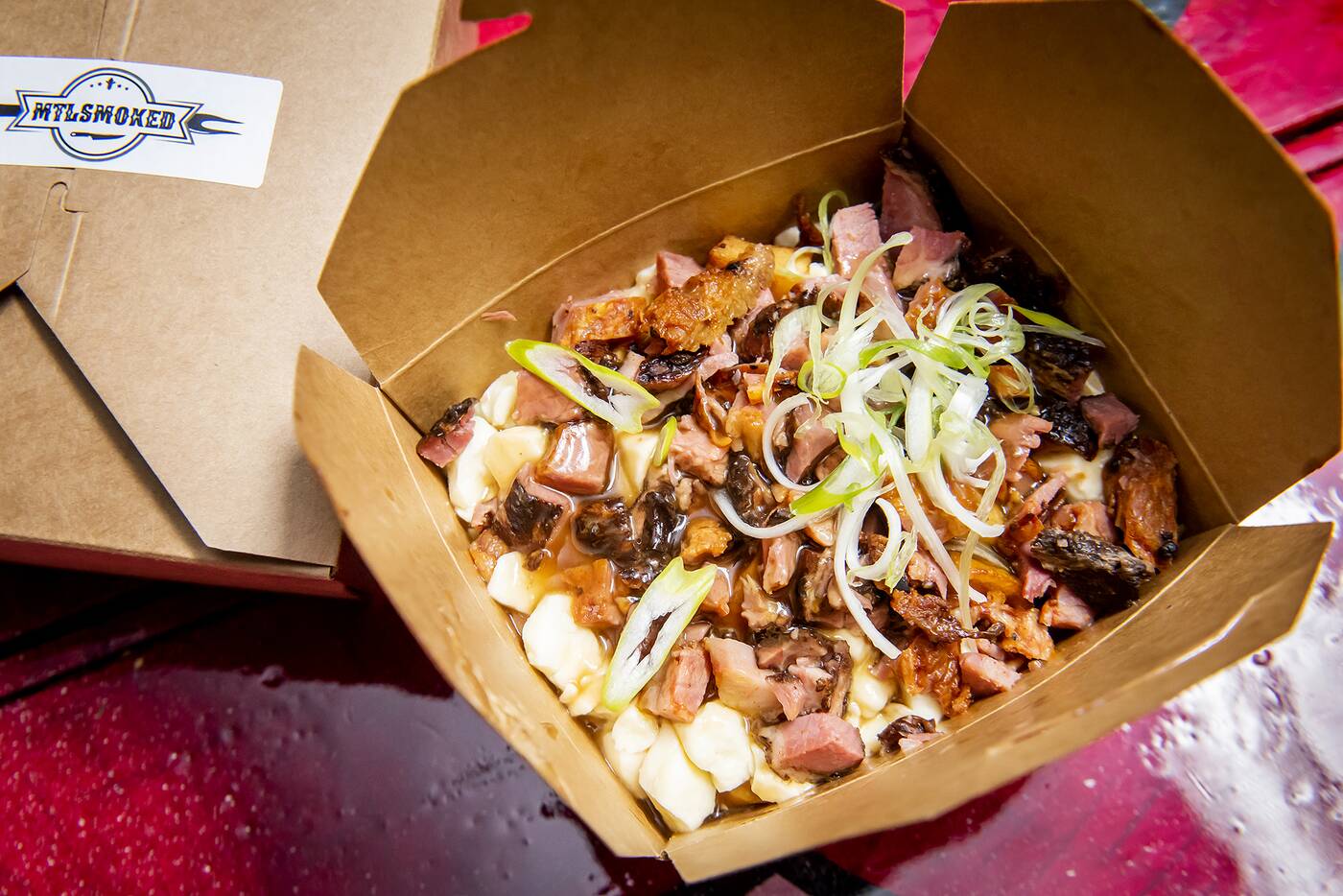 The brand now gets about 20 to 30 orders per day, mostly around lunch time, though they're working on marketing themselves as an evening concept as well.

"We're also bringing in some other Montreal based snacks as we slowly evolve our menu, like the hot karnatzel," says Yakobi.

"It's the Montreal deli version of a pepperoni stick, very yummy."